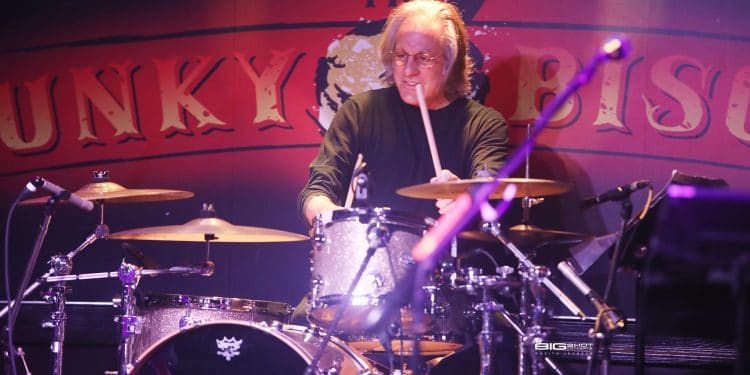 More than 200 songs scrolled up a screen as audience members took their seats for Max Weinberg’s Jukebox at The Funky Biscuit in Boca Raton, Florida. As the name suggests, fans were able to pick the numbers they wanted to hear during a socially distanced concert on March 7, 2021. When Max took the stage, he immediately greeted those in attendance and began taking requests for tunes that would make up the setlist.

The Mighty Max and his bandmates — Glen Burtnik (bass guitar/vocals), Bob Burger(guitar/keyboards/vocals) and John Merjave (guitar/vocals) — are seasoned musicians. So when they play songs written by other artists, it sounds much more professional than a typical cover band. In fact, the versions Max Weinberg’s Jukebox performs are so close to the originals, it’s not easy to tell the difference.

Those eager to have their songs played wrote down their requests and handed them to Max Weinberg. The drummer announced the song to be played and even gave a shout-out to the person who requested it. Some brave audience members made suggestions that were not on the list. Max asked the band if they knew the track. If the guys said yes, they gave it a go. And once you heard it, you’d think the tune was part o their regular rotation.

Songs played at The Funky Biscuit included “Magic Carpet Ride,” “Rebel Rebel,” “Let it Be” and “Breakdown.” Tunes from Bruce Springsteen were also performed. Of course, that’s to be expected when you play drums in the legendary E Street Band. “Dancing in the Dark” got the nod as did “Fire,” a song The Boss wrote with Elvis Presley in mind.

For many in attendance, this was a comeback concert. Being able to request songs and have them played made the experience even more special. Enjoying it all with Max Weinberg as he cranked up the classics made the evening unforgettable. 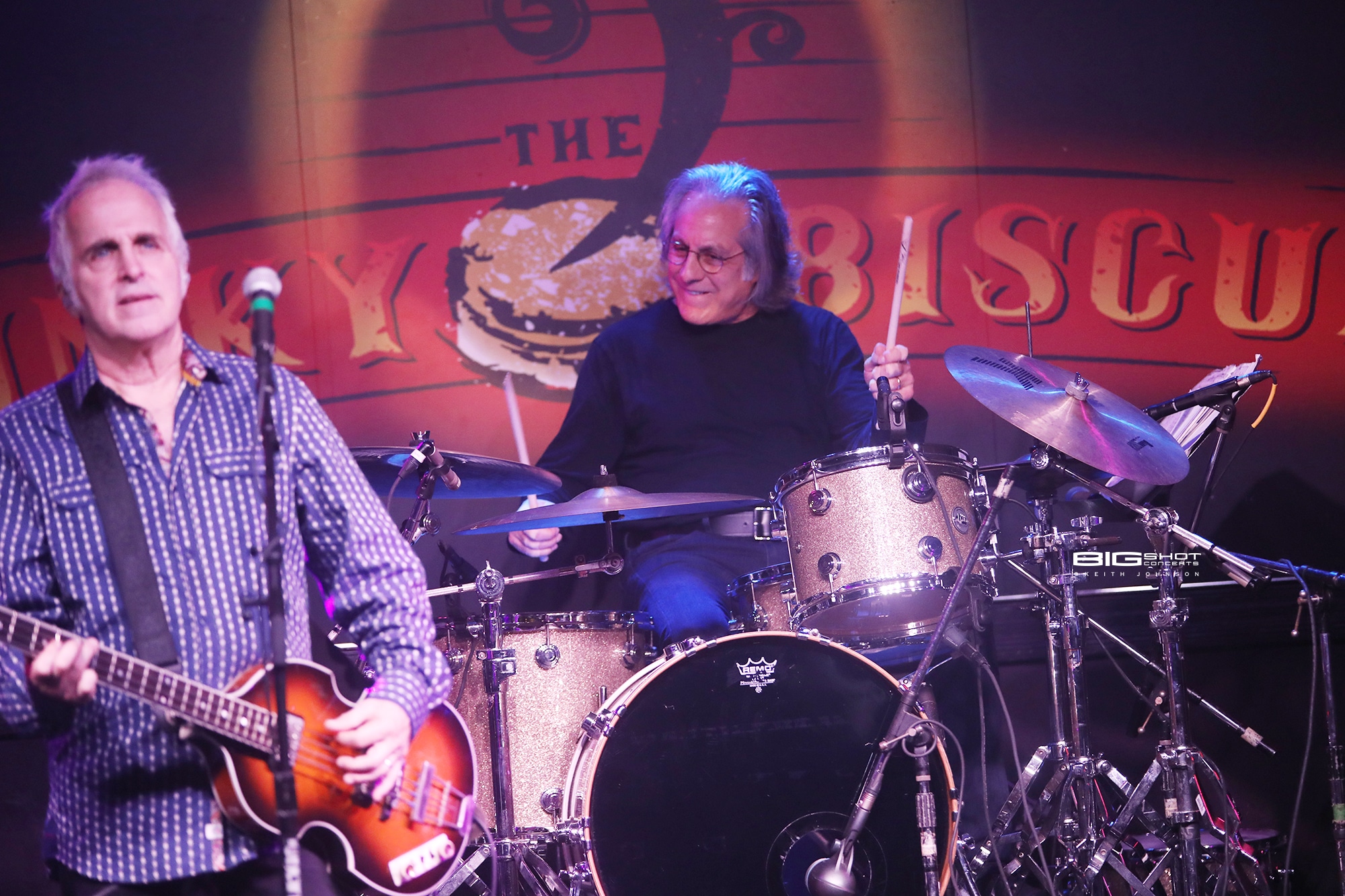 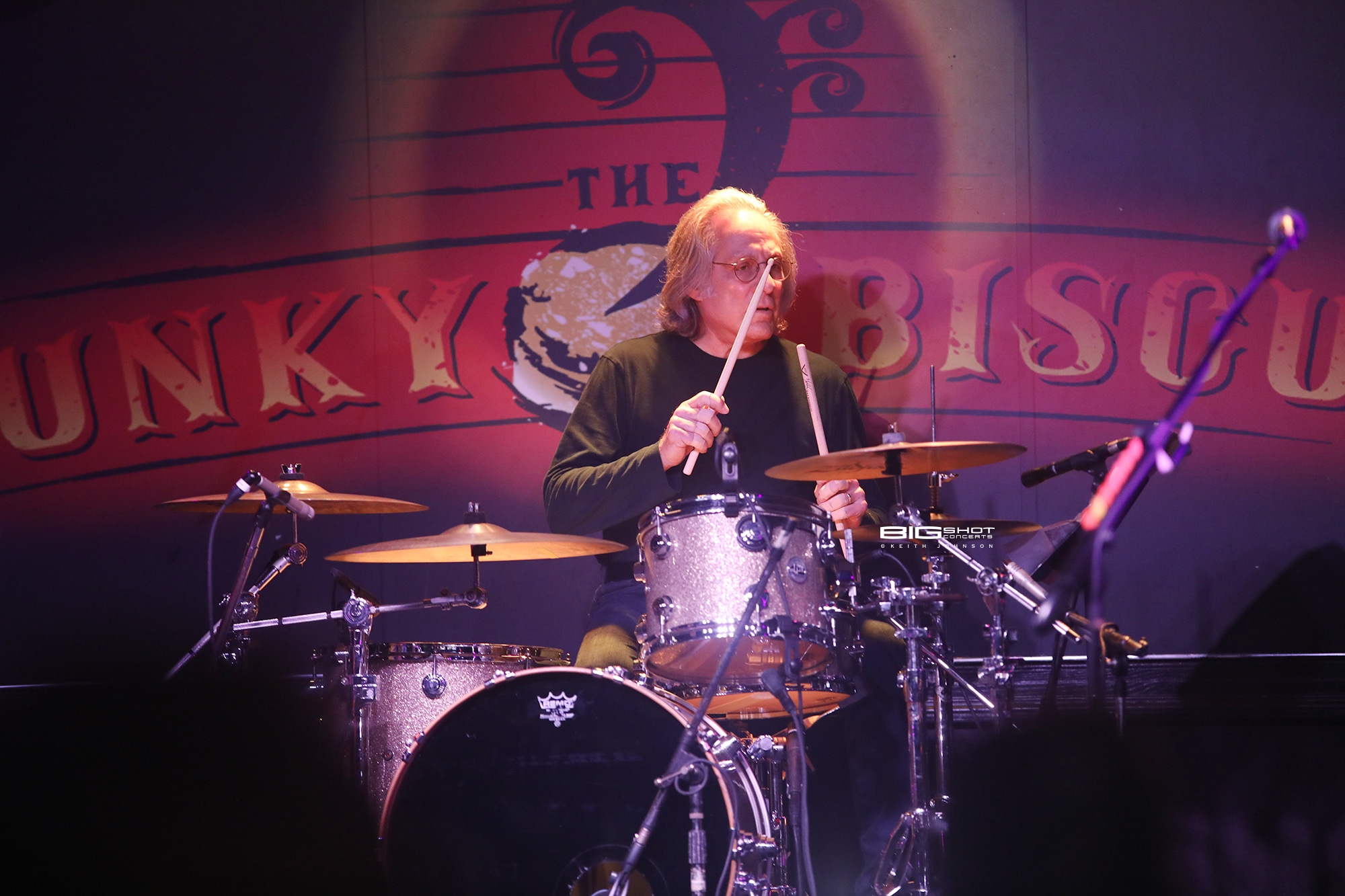 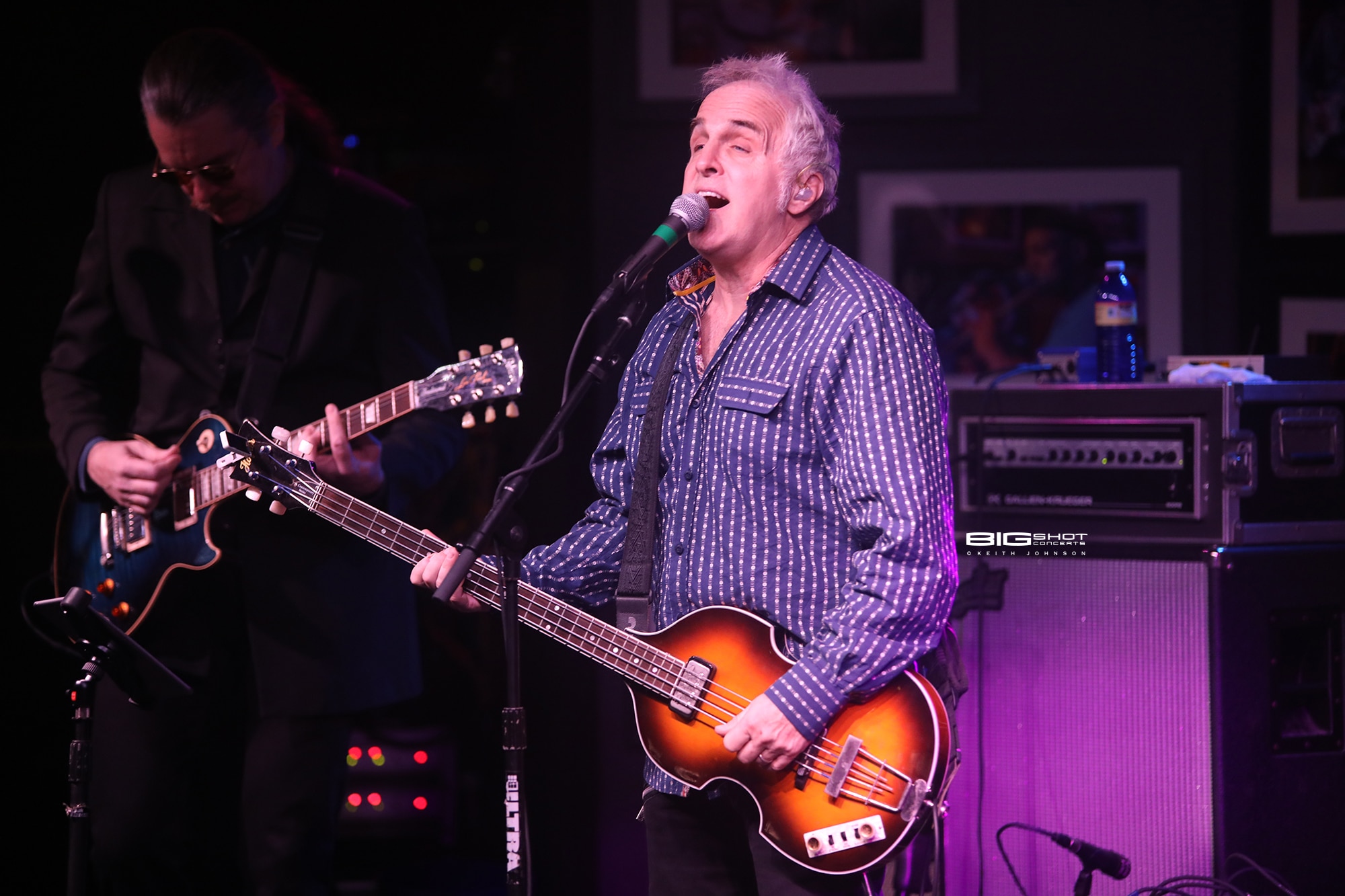 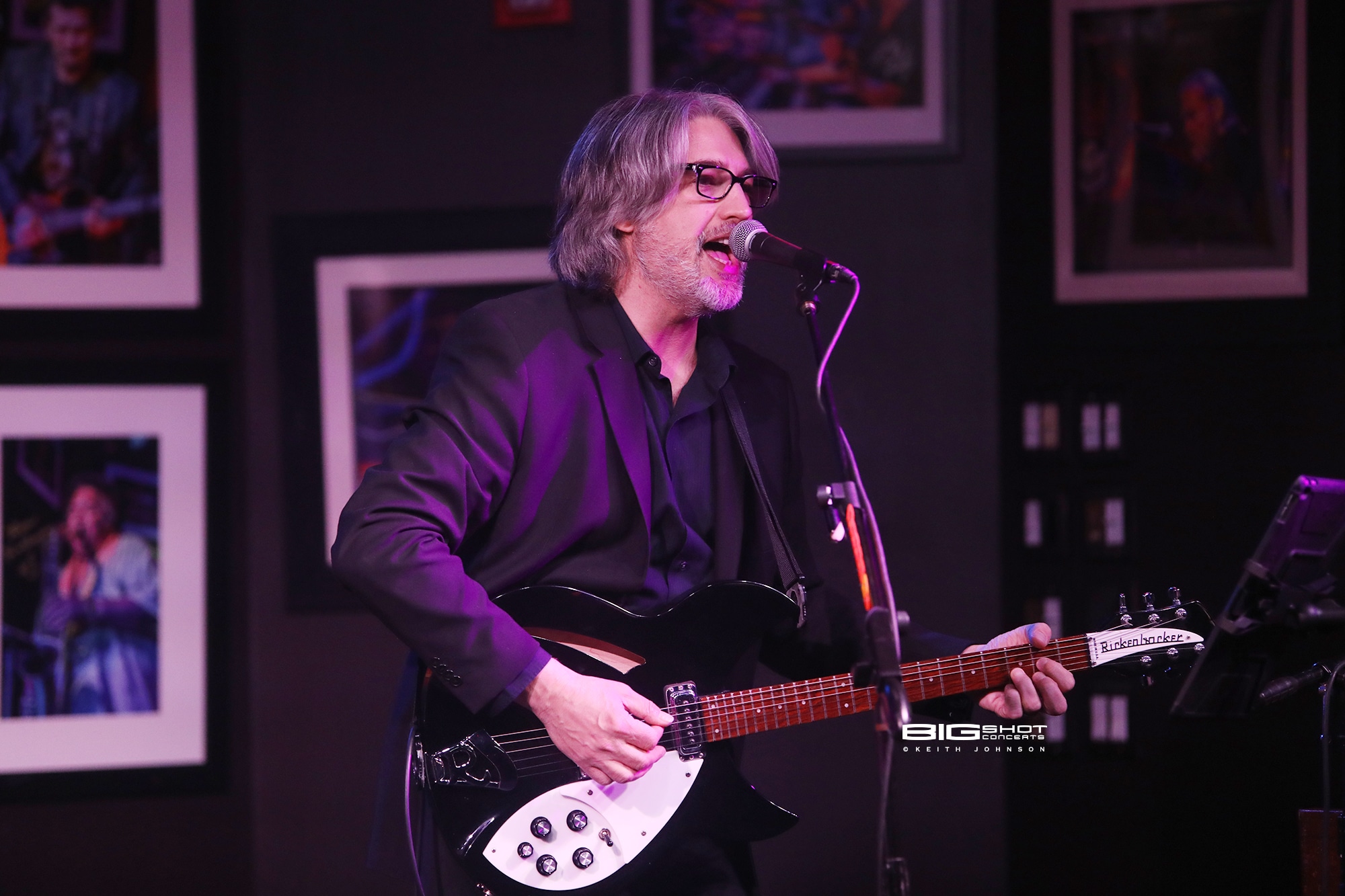 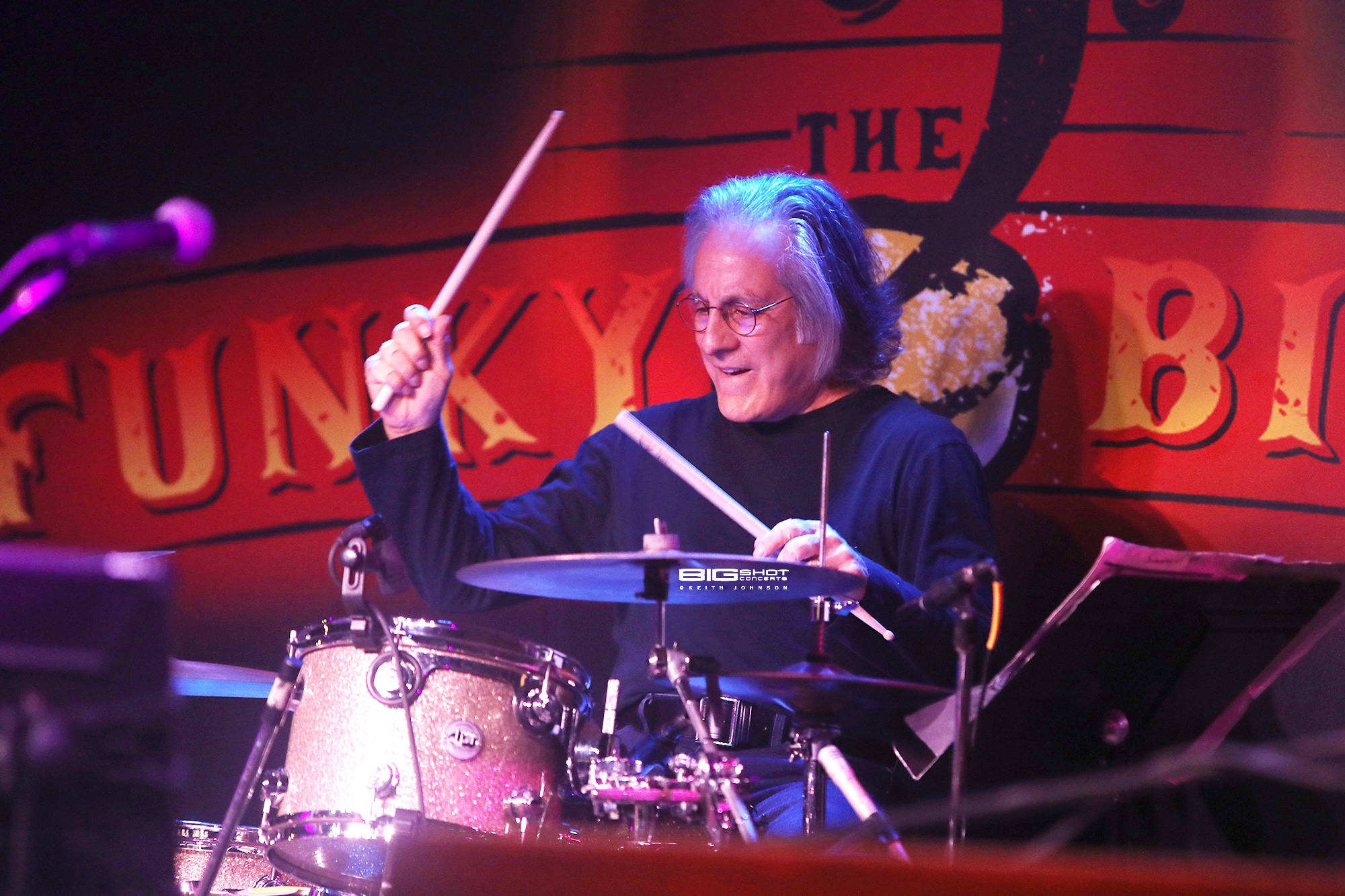 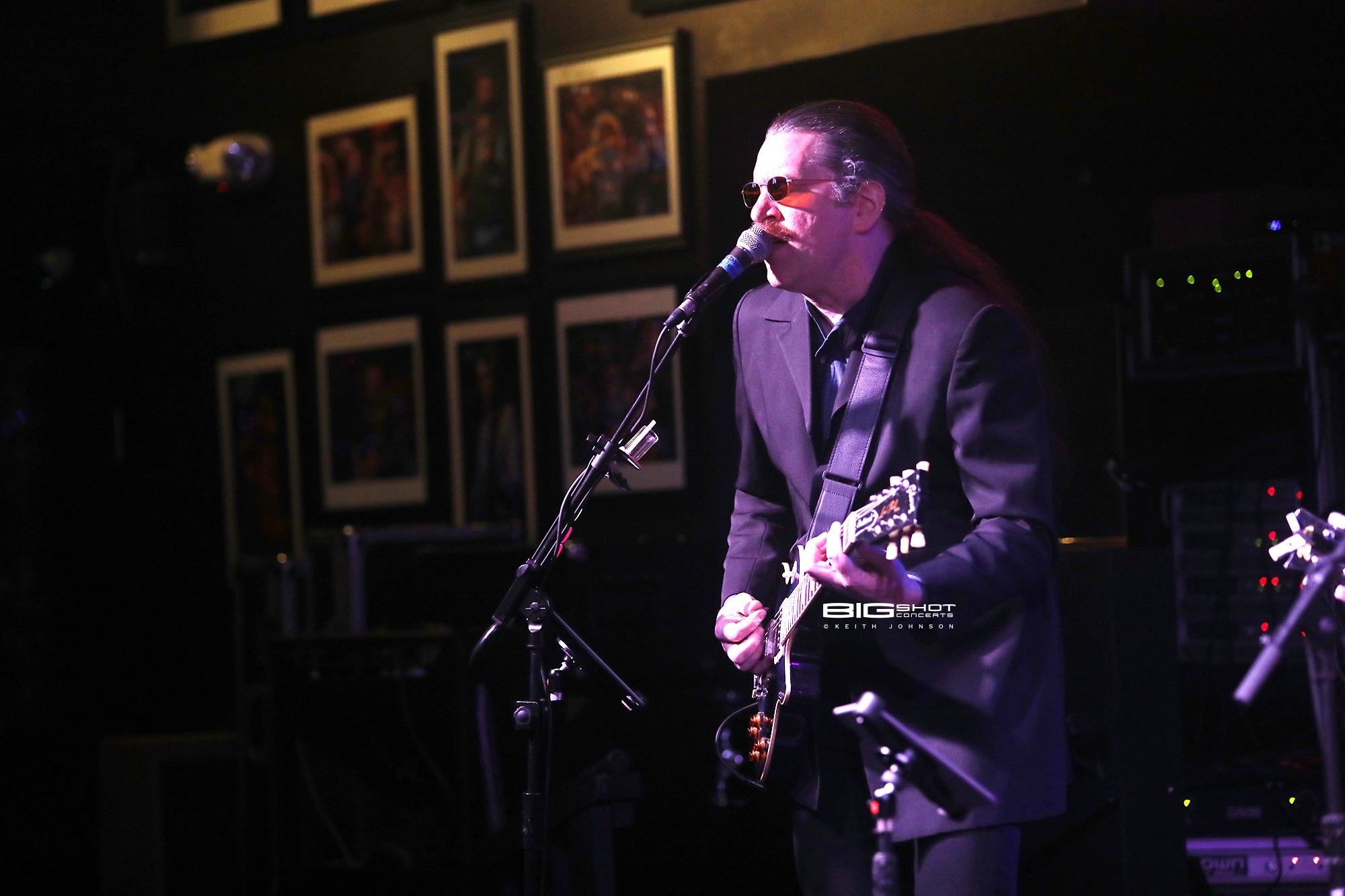 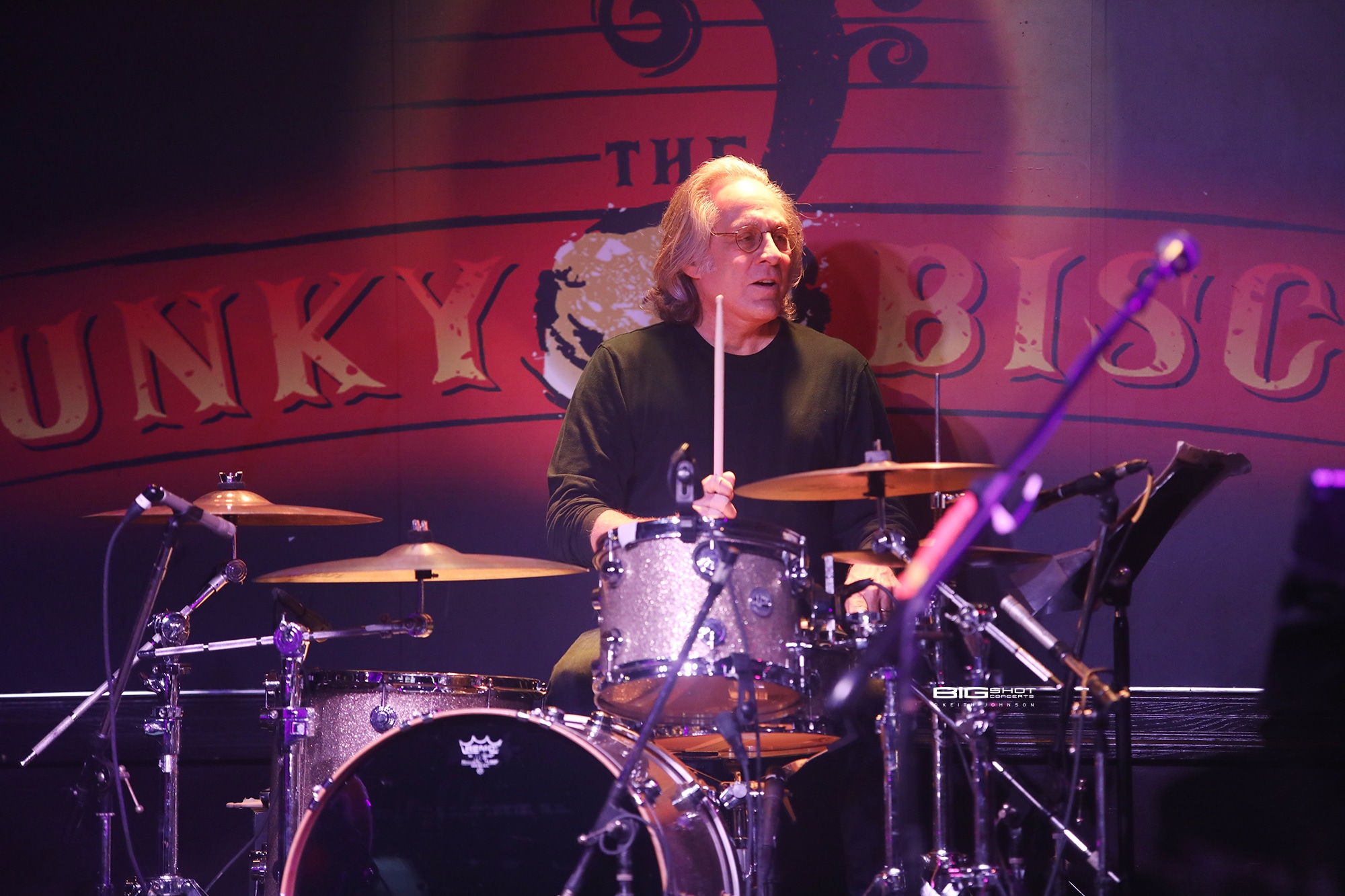 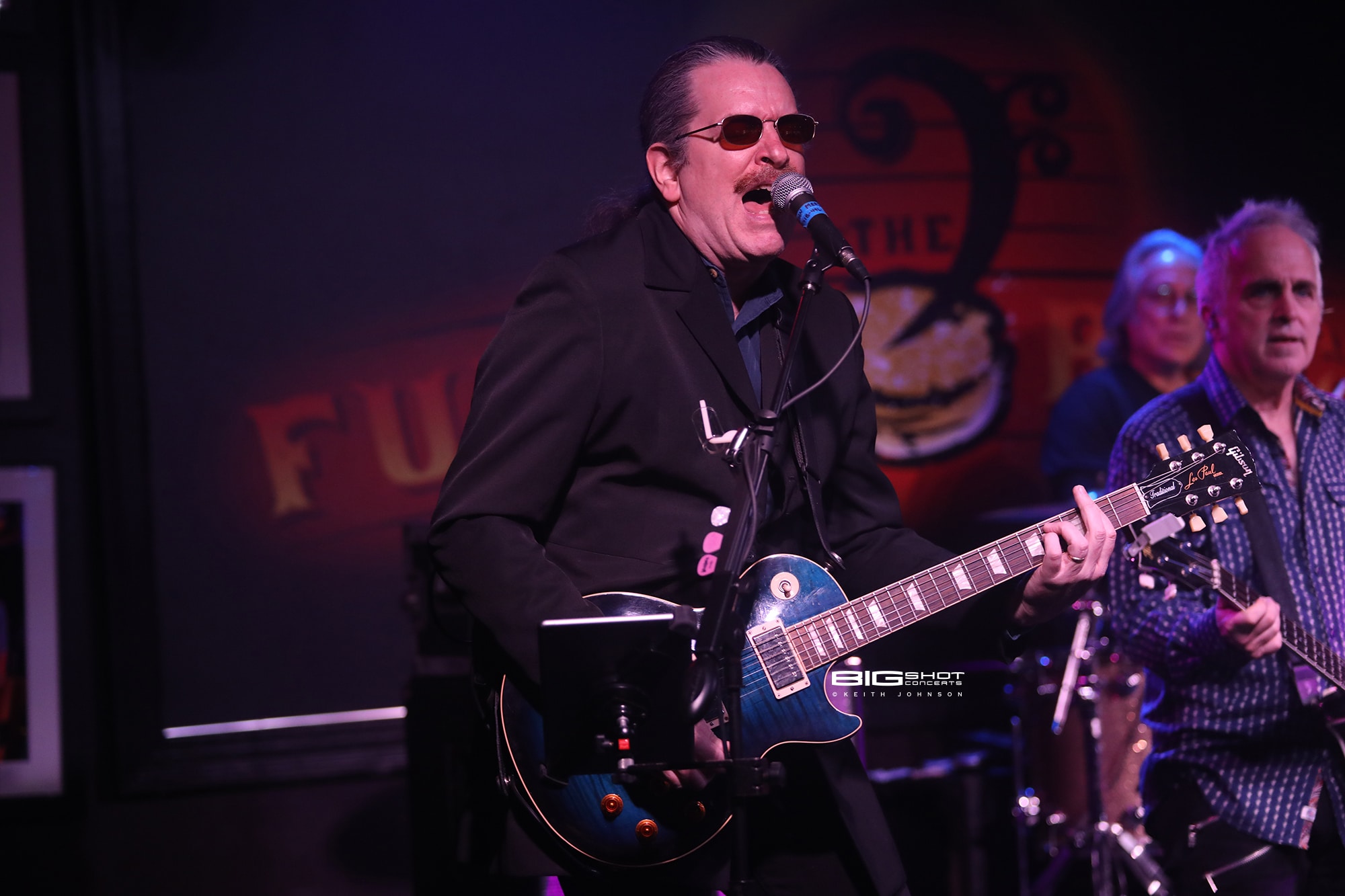 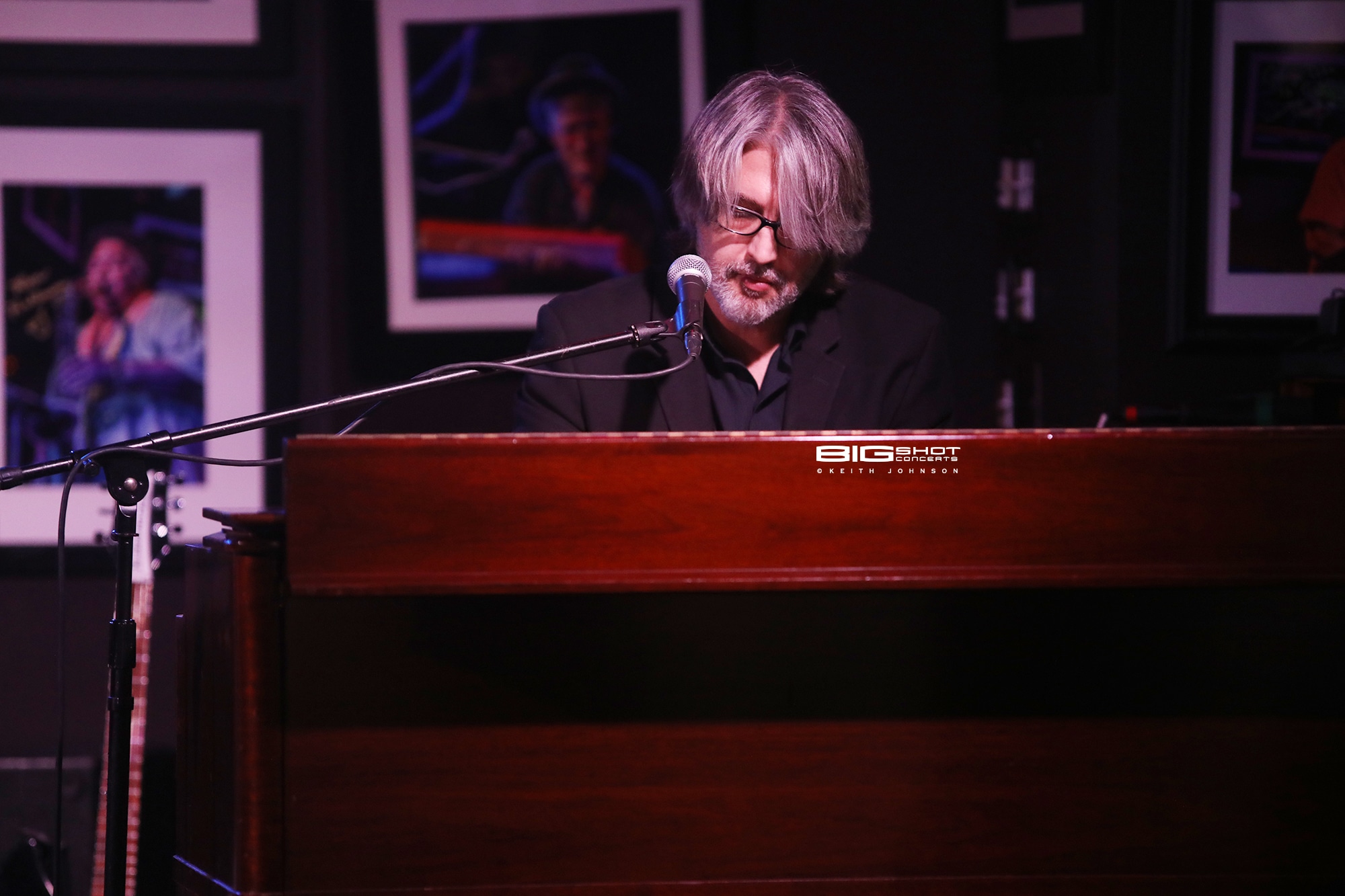 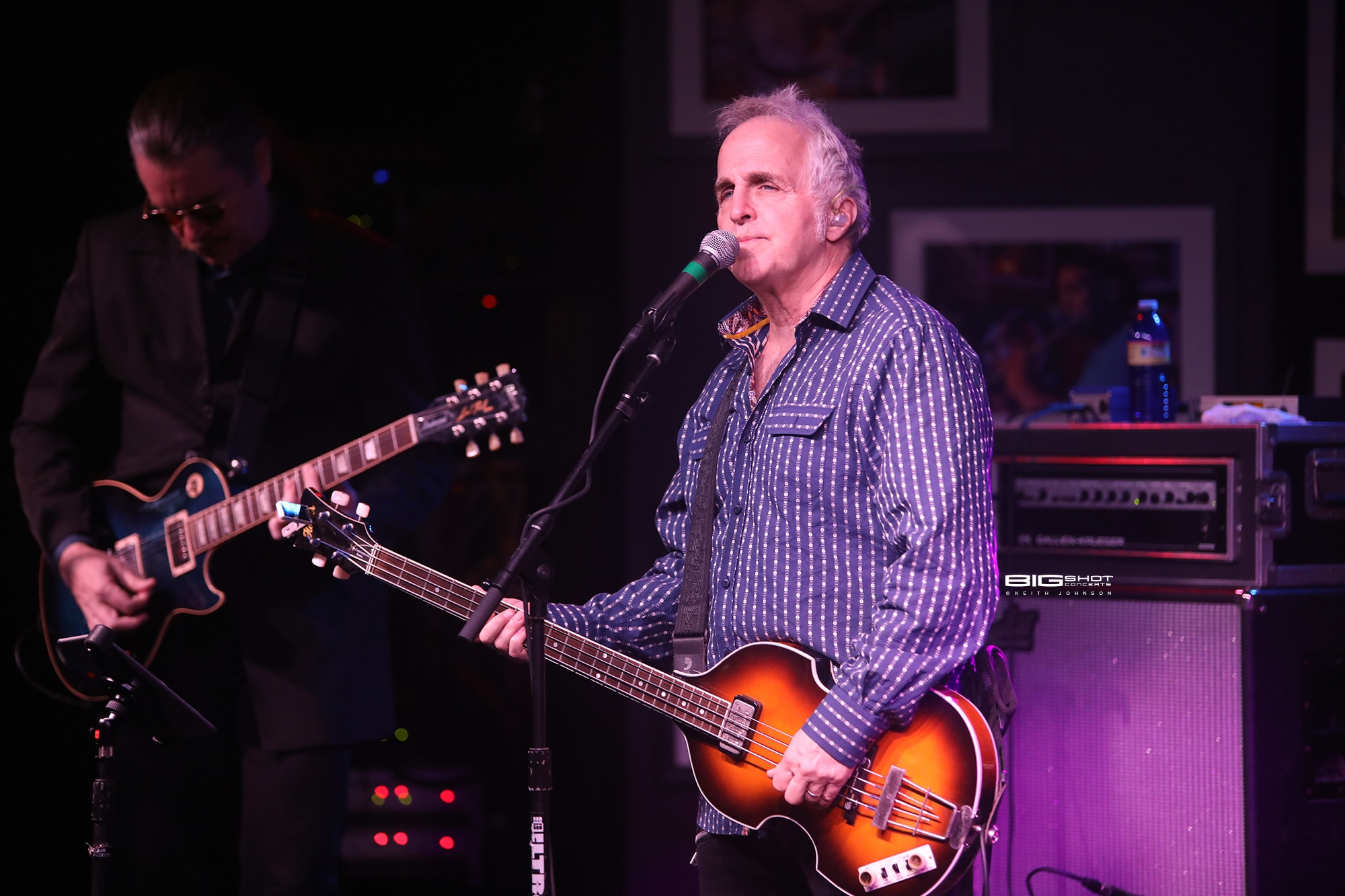 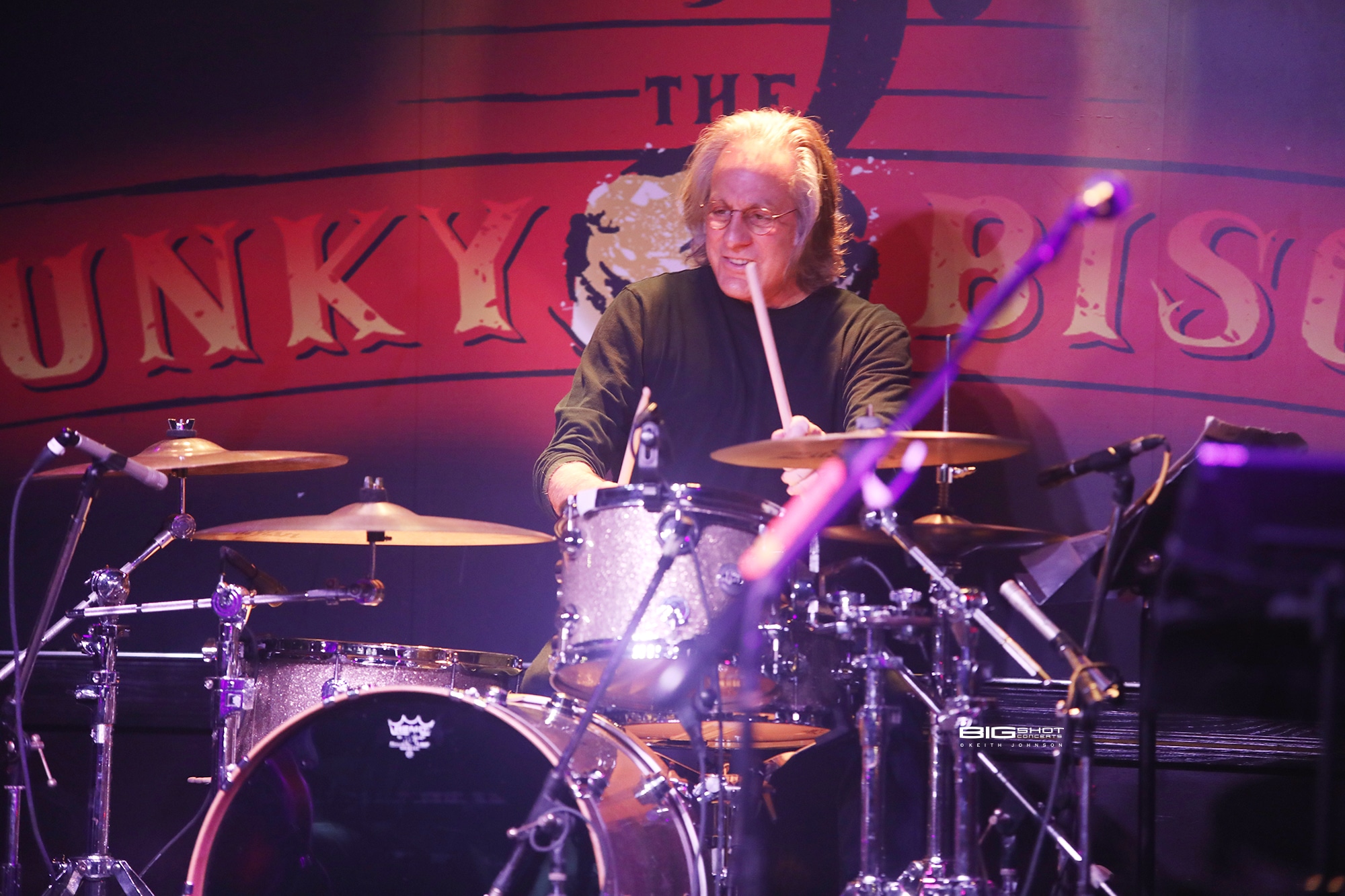 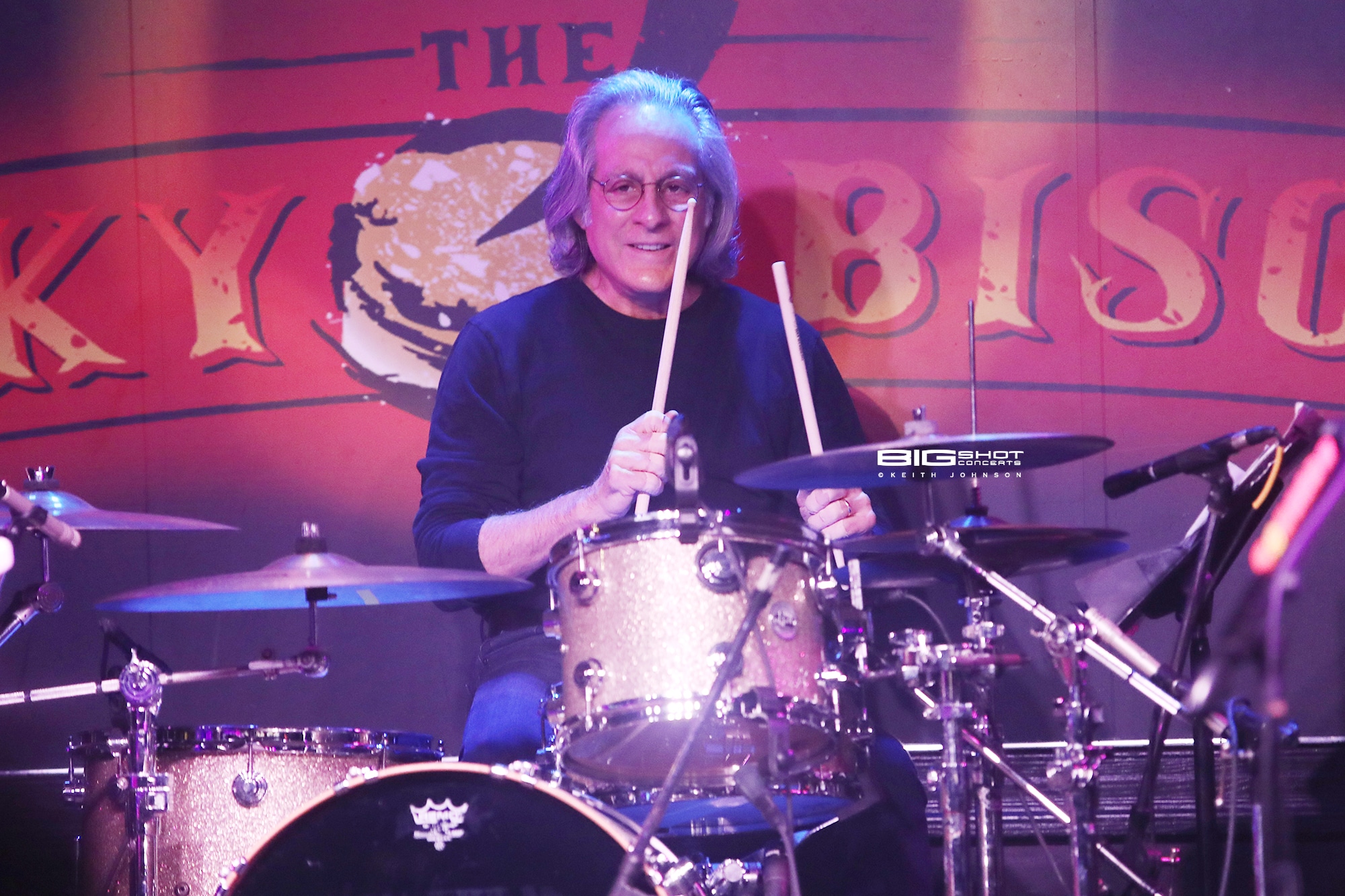