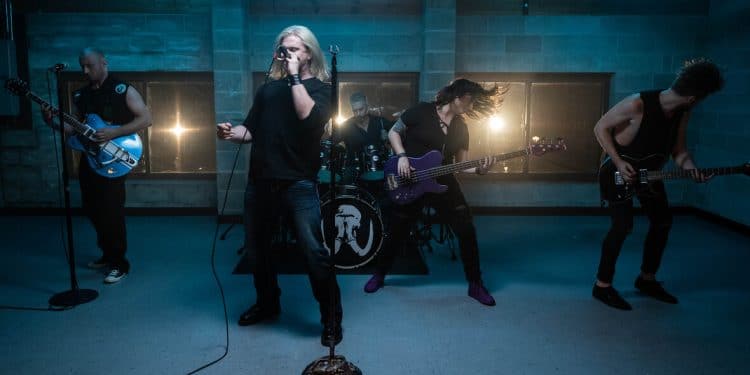 Mammothor single “Take the World” is the brand-new release from the Boston heavy rockers. The track is off their latest full-length album, The Silence of Ecstasy… The Agony of Dreams, available now in CD format through retailer Bull Moose and later, on all major streaming platforms.

Mammothor spent most of last year recording and writing new material, entering The Halo Studio in Windham, ME to record with Kevin Billingslea (Lamb of God) and Chillhouse Studios in Charlestown, MA with Will Holland (Fall Out Boy). The new material has been mixed and mastered by Zeuss (Rob Zombie, Hatebreed, Shadows Fall), at Planet Z in Hadley, MA.

“Take the World” is the second single to be launched worldwide with new members Euz Azevedo (from Boston’s own Das Muerte) on drums, and Alex Muss (from Minsk-based Slaves of Insanity) on guitar alongside members Josh Johnson (guitar), Lori Gangi (bass) and Travis Lowell (vocals).

Written by Johnson and Lowell, “Take the World” is the fifth song in the album, and dives into the troublesome, but often addictive, world of toxic relationships. The song explores
sociopathic behaviors that are emotionally and, not infrequently, physically damaging,
surrounded by insecurity, self-centeredness, dominance and control. It is a topic all too familiar
with a lot of people, and it often feels as if your “world” has been “taken” by someone, requiring
an incredible amount of support and strength to overcome it.

Mammothor has toured and opened for heavy hitters Megadeth, Korn, THree Days Grace, HED(PE), Saliva, Buckcherry, as well as 600,000+ streams on YouTube and current average of 34,000 monthly listeners on Spotify.