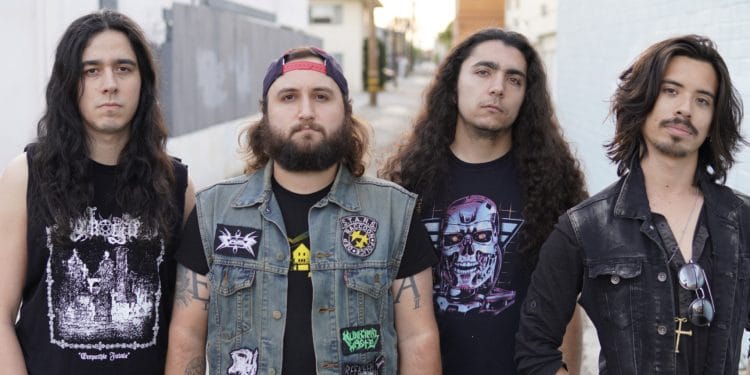 “We’re incredibly excited to debut the video for Reborn, the first song off of our upcoming second album. The video was recorded at Pro Systems Audio by Rich Varville (RSVP Films) and completely captures the energy and intensity of the song and our live performances” states Mailson guitarist Mario Lovio.

“This video has been an absolute blast to create and is an awesome representation of what you can expect from us on stage. We couldn’t think of a more fitting song of ours to lead the charge for our newest album. Crank it loud!” adds drummer Nick Mafi.

Recorded at San Diego based Plaudit Studios, Malison’s second studio album Death’s Embrace will be released by Metal Assault Records on September 3 2021. Pre-orders for Death’s Embrace are available now on digipack CD and digital formats. Multi-colored vinyl LPs are also available to pre-order and are limited to 200 copies only. The colors for this vinyl run include white, red, blue, yellow, purple, turquoise, green, silver and gold.

In addition to the standalone CDs and LPs, Mailson has issued two types of special edition bundle packages for the Death’s Embrace pre-order campaign:

The t-shirt included as part of these bundles is based on an alternate album cover design, and will be available exclusively as part of the pre-order bundles (limited to 100 shirts).

Death’s Embrace is an immersive and exhilarating collection of songs that directly injects the high octane energy of a live Mailson show into the listeners ears. From soaring power vocals to seizure-inducing shred and blood rushing drumlines; MALISON extracts the very best elements of traditional heavy metal, thrash, power metal and neoclassical shred, combining them all into an undeniable signature sound. The full length onslaught of Death’s Embrace makes its official debut on September 3, 2021 via Metal Assault Records.