Madame Mayhem has released her new single “Breaking Down,” the follow up to 2019’s “Broken.” She enlisted the help of Keith Wallen (Breaking Benjamin), and Billy Sheehan with Jason “J Bomb” Harrison on drums to create her vision. Madame Mayhem co-wrote “Breaking Down” with Brian Vodinh (10 Years) and it was produced by Grammy nominated producer Johnny K (Disturbed, 3 Doors Down, Staind, Megadeth).

Those who yearn for the electric catharsis of loud guitars, driving rhythms, hypnotic hooks, and the strength of shared experience have a new muse in Madame Mayhem.

The Manhattan born singer/songwriter and burgeoning rock icon-in-the-making has weaponized the darkness, turning it into a rallying cry for all who were ever cast aside. Songs are equal parts timeless sentiment, bare knuckle fury, and energized urgency. Madame Mayhem’s songs rival the best of Modern Rock, early ‘90s emotive-grunge, and nü-metal angst.

As her name suggests, Madame Mayhem takes charge of her own anxiety, hurt, and alienation, crushing it with sheer force of will, then channeling the remaining ether into pulse-pounding anthems, instantly connecting with anyone who has struggled. 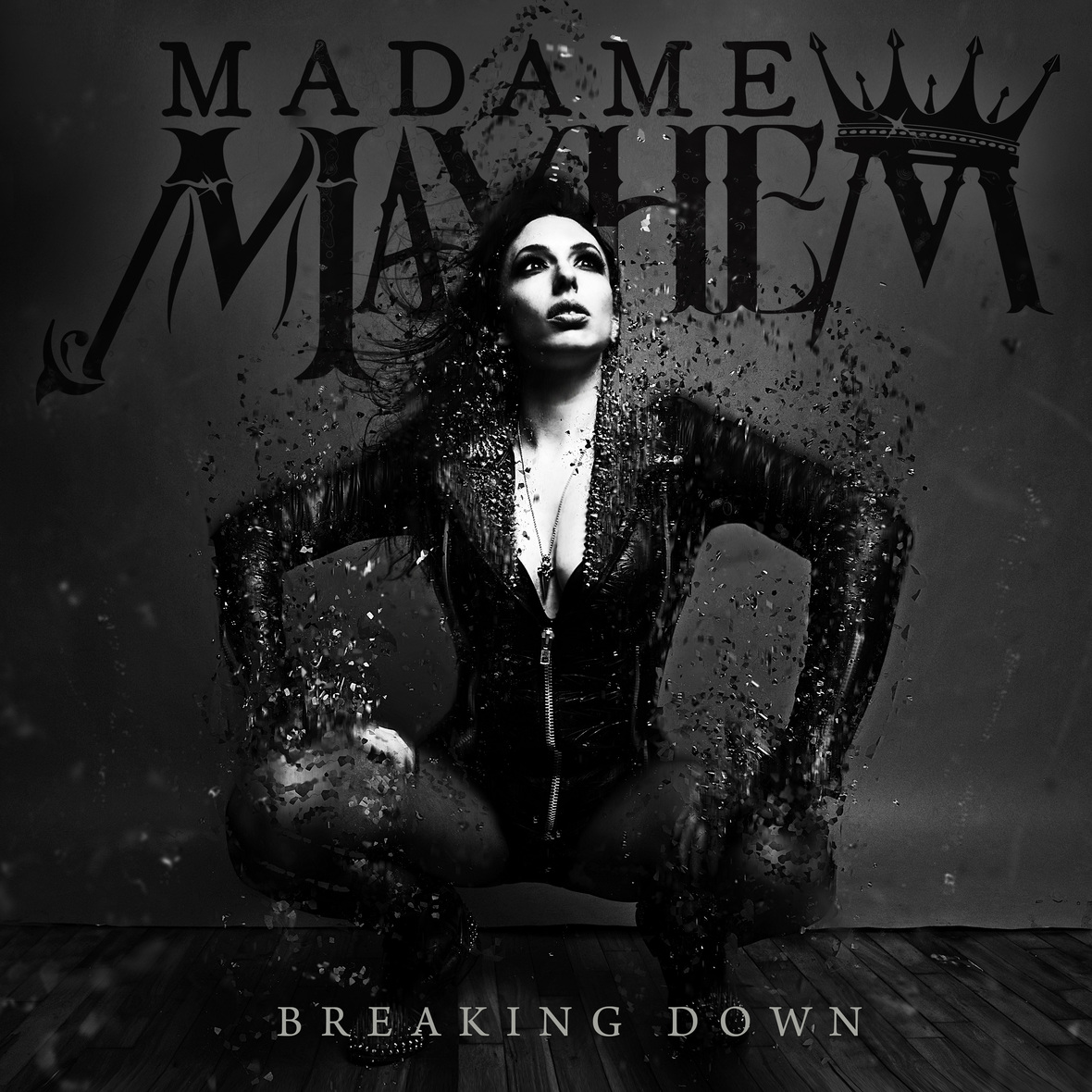 Her music has taken her into some of the world’s best-known venues, like B.B. King Blues Club in New York, The Roxy in Hollywood, and a Grammy week stint at Nashville’s Bluebird Café, to name just a few. Loudwire premiered her “Ready for Me” music video. She’s garnered very positive press in Revolver and Guitar World. The buzz has spread overseas as well, demonstrated by profiles in long-running tastemaker publications like Rock Hard, Aardschok, and Metal Hammer magazine.

As the fashion press observed, the look is the medium and the music is the message. The self-expression inherent in goth and glam are just more colors on Madame Mayhem’s artistic palette. Black eyeliner and black leather; pink lips and sharp spikes; it’s part of an arsenal as timeless as the New York Dolls or The Runaways.

There’s no escaping the darkness. Life is full of unpleasant surprises. Real and imagined disasters, from outside forces and from within, threaten at every turn. But those who learn to control and command the chaos will triumph. This rock n’ roll badass invites each audience to become the Madame of their own Mayhem. As ASX declared, “She’s aggressive, outrageous, and operatic … and she’s ready for you.”

Madame Mayhem is managed by FM Music Management and distributed by The Fuel Music.