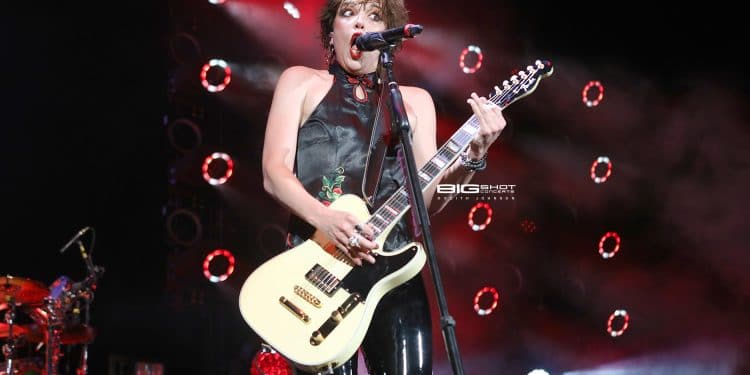 Every one of a kind, limited edition necklace and bracelet is made from donated strings taken off guitars Lzzy played on stage. Each string is hand wound into a piece of jewelry by the Guitar String Jewelry Company, Strüng. Purchases include an official autographed authenticity card verifying Lzzy played strings.

Co-owner of Strüng and Blameshift vocalist Jenny Mann says, “I’ve always looked up to and respected Lzzy. She is one of the most down to earth people in the industry aside from being an insanely talented female vocalist. We are so grateful to have her on board and can’t wait to see what the future holds.”

Check out what Lzzy Hale from Halestorm had to say: 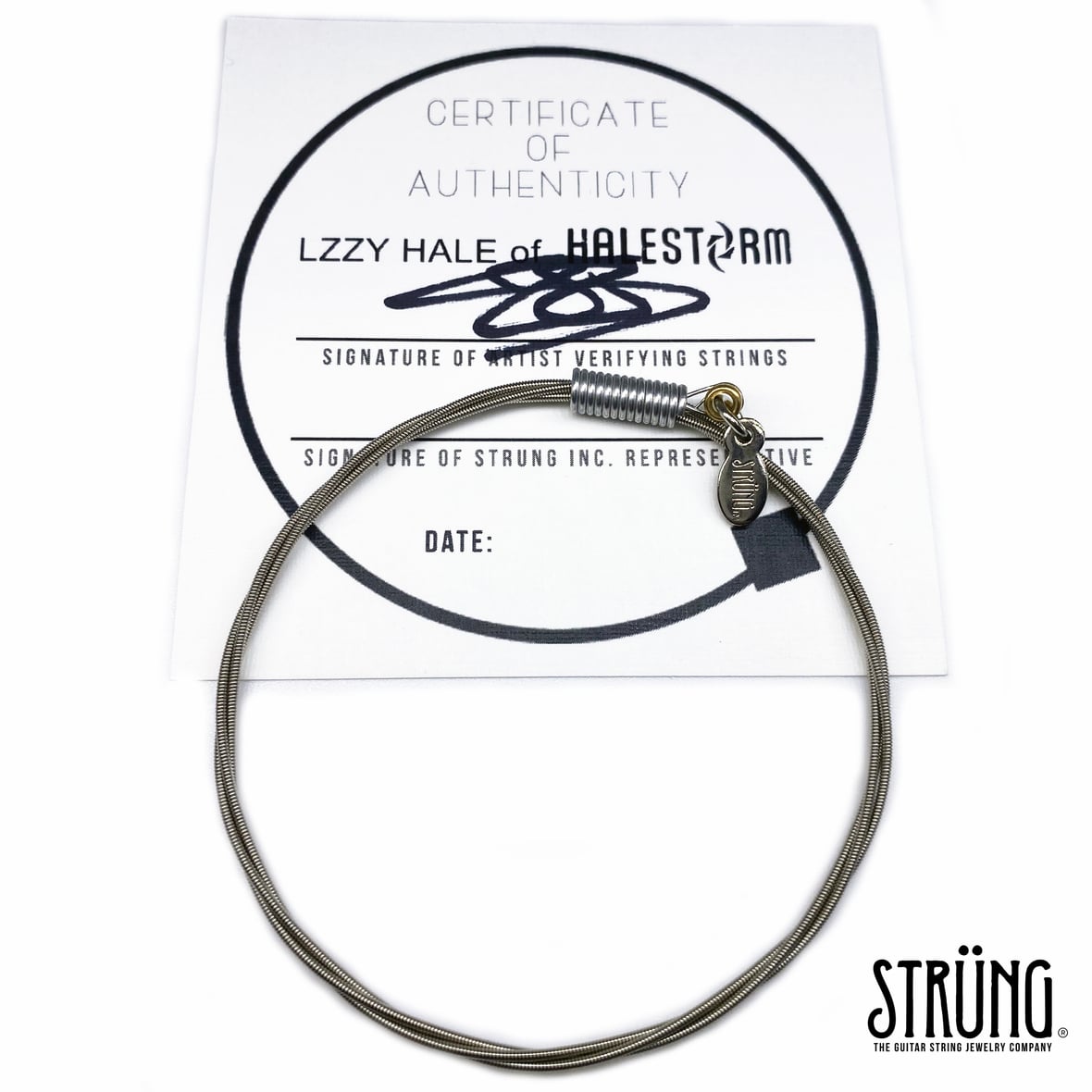 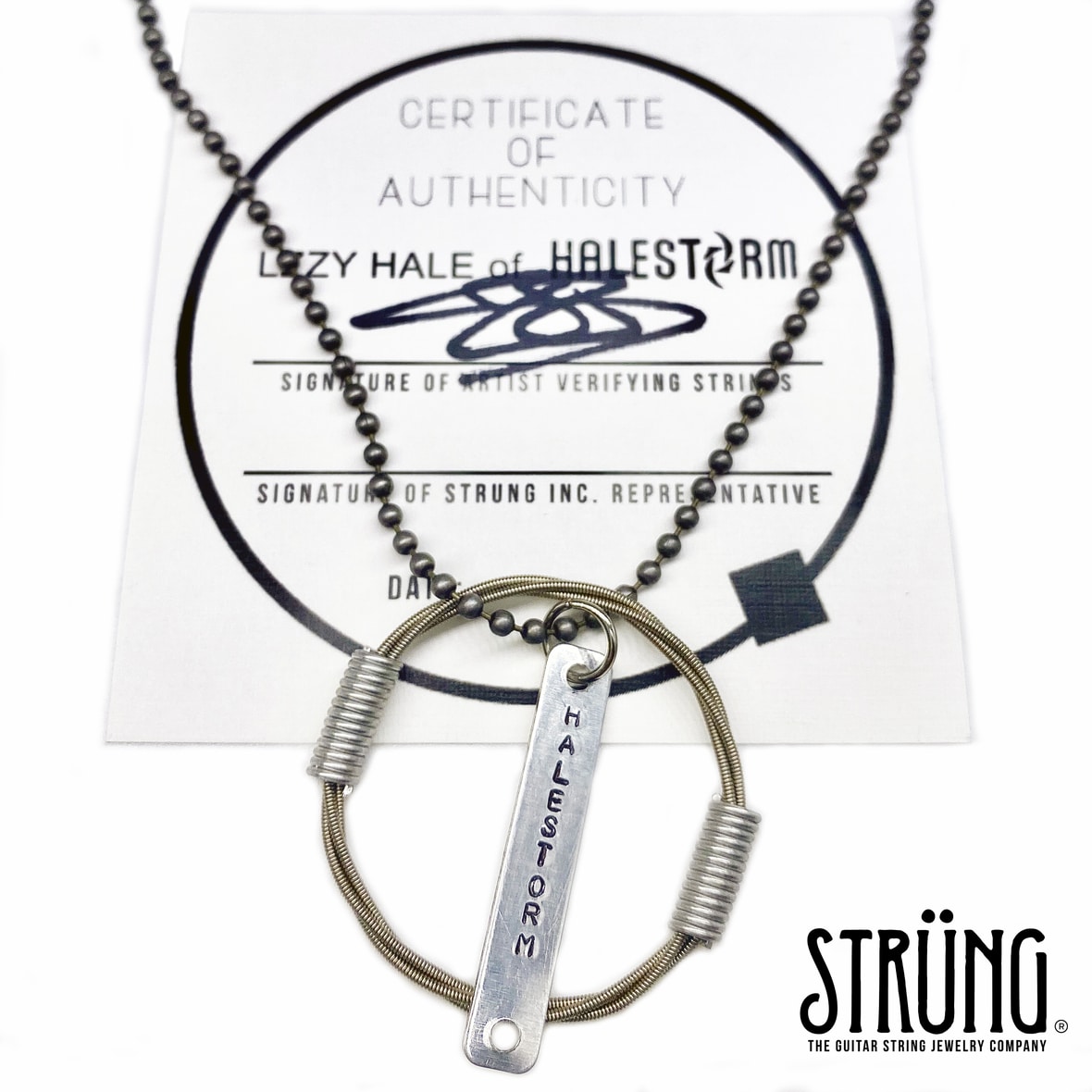 Halestorm has grown from a childhood dream of siblings Lzzy and Arejay Hale into one of the most celebrated rock bands of the last two decades. Currently at work on their as-yet-untitled follow-up to 2018’s Vicious, the band recently gave fans a sneak peek with the first single, “Back From The Dead,” called “a biting but cathartic howler about overcoming all obstacles” by Rolling Stone. Vicious earned the band their second Grammy nomination, for Best Hard Rock Performance for the song “Uncomfortable,” the band’s fourth #1 at rock radio, and led Loudwire to name Halestorm “Rock Artist of the Decade” in 2019. Fronted by the incomparable Lzzy Hale with drummer Arejay Hale, guitarist Joe Hottinger, and bass player Josh Smith, Halestorm’s music has surpassed a billion streams, and the band has earned a reputation as a powerful live music force, headlining sold-out shows and topping festival bills around the world, and sharing the stage with icons including Heaven & Hell, Alice Cooper, and Joan Jett.