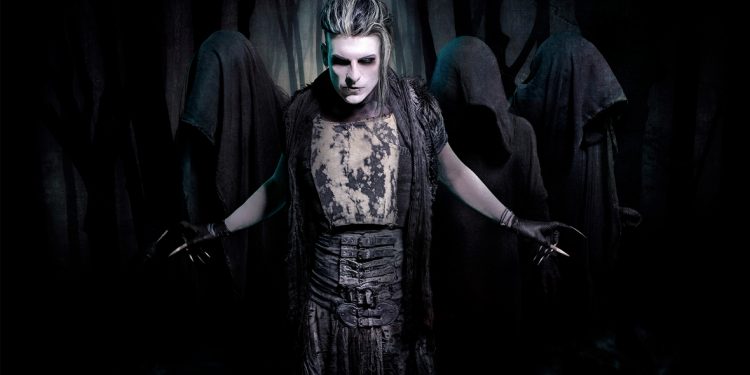 Ludovico Technique has released their newest single, “Live as Myself.” Reflecting on our current times, this song is about expressing who you are inside, regardless of how society views you or tries to tell you how you should be.

“Live as Myself” was mastered by Grammy award nominee Stuart Hawkes (Amy Winehouse, Lorde, Ed Sheeran) and will be given a visual incarnation with a music video slated for release in 2021.

Bringing his dark mystique to goth industrial metal, Ben V-, along with his band Ludovico Technique, shows us a thoughtful depth and complexity unlike any other. Haunting music accompanied by beautiful, cinematic visuals; Ludovico Technique is the embodiment of the Gothic aesthetic in its purest form.

Ludovico Technique Single “Live as Myself”

In the beginning, the band drew inspiration from goth industrial bands such as Skinny Puppy and Marilyn Manson. The future for Ludovico Technique holds a world that fits together with fans of Type O Negative, Rob Zombie, and Slipknot bringing a taste of the underground to the forefront of what goth industrial metal can achieve.

The band’s previous single, “Absence,” debuted at #1 in the Goth Industrial Metal genre on Amazon. A song about letting go and giving into the dark recesses of depression. With it’s upbeat melody it paints a vivid picture of the struggle that many with depression must endure every day.

Some Things Are Beyond Therapy – The first album and its hit singles: “Deeper Into You” and “Potential,” solidified the band as a staple in the Goth Industrial music scene with its harsh electronic sound.