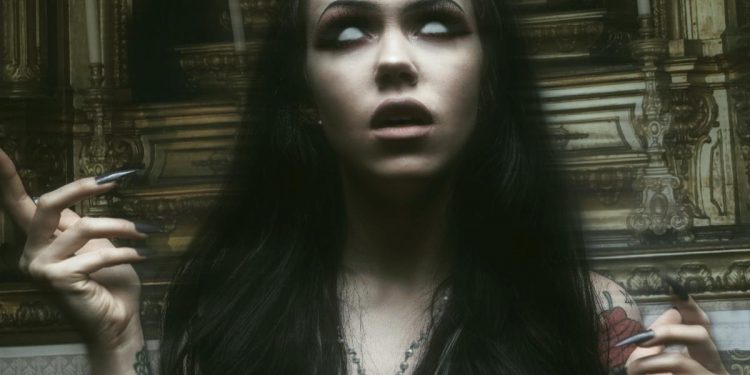 “Exorcism is, essentially, a love song,” says vocalist and Living Dead Girl leader Molly Rennick. “It’s about being in a relationship where you discover new parts of yourself and let all your ‘evil’ out. It’s a fun, sexy song, but with horror influence and biblical metaphors. The video perfectly shows both sides of that, and the combination of those two worlds IS what my world looks like.”

Living Dead Girl’s style is a unique combination of Marilyn Manson meets fellow Canadian frontwoman Avril Lavigne, possessing an amalgam of genres including goth, rock, metal, industrial, pop and punk rock. The music perfectly encapsulates Rennick’s personality, which she admits is a dichotomy of “one wears baby pink and Hello Kitty and listens to pop music, and the other a goth girl in fishnet stockings who listens to Marilyn Manson.” At just 21 years of age, Rennick’s amazing vocal range sees her seamlessly switching from taunting, high-pitched croons, to menacing, harsh barks, to haunting growls with relative ease.

“Alive,” the anthemic first single from Exorcism, was released in October and has received airplay on Toronto’s mainstream rock station 94.9 The Rock, 89.1 Max FM in Barrie, Orilia and the Muskokas, X92.9 Calgary and X100.7 – Red Deer’s Alternative, and is on CBC Radio Canada’s online playlist. Watch the video for “Alive” now at https://youtu.be/8qTrGsHCeFg.

Formed in 2017, Living Dead Girl has previously released three independent singles and is now set to release a full-length album, Exorcism, also produced Mitchell Marlow. On Exorcism’s 11 banging tracks, Rennick channels her inner “goth girl gone bad” attitude. From the raging, down-tuned riffs of the title track and “Worship Me,” to the infectious, singalong chorus of “Villain,” to the enticing, taunting melodies of “Beautiful” and “Alive,” Rennick commands your full attention.