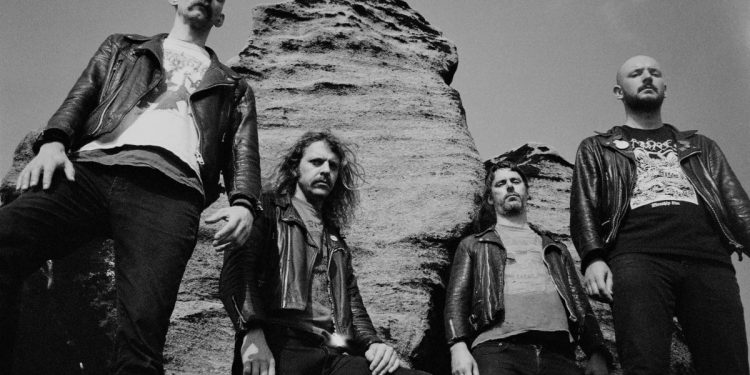 England’s Wode unloads In Many Mirrors album through 20 Buck Spin. This is the bands third scathing blast of profane black death metal now confirmed for early April release — a harbinger of its wrath has been issued through the advance stream of “Vanish Beneath.”

The follow-up to the highly praised Servants Of The Countercosmos, released by the legendary Avantgarde Music, Wode’s Burn In Many Mirrors presents the band’s most potently wild and predatory work yet. With six new tracks spanning forty minutes of meticulously summoned infernal ferocity, the band scorches the landscape and drapes it in the foul reek of death’s fog.

One may hear the ancient voice of obscure and revered gods reflected through Wode’s sulphuric incantations, the raging fire of the most blasphemous legends of the past called upon by the spirit of chaos and death. Shrouded in sepulchral black metal atmosphere and freezing cold melodies, Burn In Many Mirrors displays a studied regard for songcraft and motive well beyond mere convention, transforming into a concentrated dark chorus of ruin and abomination.

Now into the second decade of existence in the material plane, WODE’s definitive melding of black metal’s ecstatic desecration, death metal’s sharply attuned sense of violent purpose, and classic anthemic ’80s metal instills Burn In Many Mirrors with the elements necessary to sear itself into the fervent heart of the faithful.

Recorded by Joe Clayton at NØ Studio and mastered by Magnus Lindberg, Burn In Many Mirrors is completed with cosmic front and back cover paintings by Santiago Caruso (Stargazer) and layout by Envoy Of Death Design.

The band offers, “We’re just as excited about the new record now as we were when writing it. And it’s great to be working with a label that we admire in 20 Buck Spin. Burn In Many Mirrors is the best realization to date of where we’re coming from and marks a new chapter in our saga of chaos.”
WODE’s first single from Burn In Many Mirrors, “Vanish Beneath,” is now streaming at YouTube HERE and Bandcamp HERE.

Fans of Sacramentum, Dissection, Watain, Nightbringer, Uada, Enslaved, Absu, Necrophobic, Craft, and Rotting Christ, stay tuned for more on Burn In Many Mirrors to post shortly, with new audio premieres, preorders, and more will be issued as the album is prepared for release on LP, CD, cassette, and digital on Friday, April 2nd. 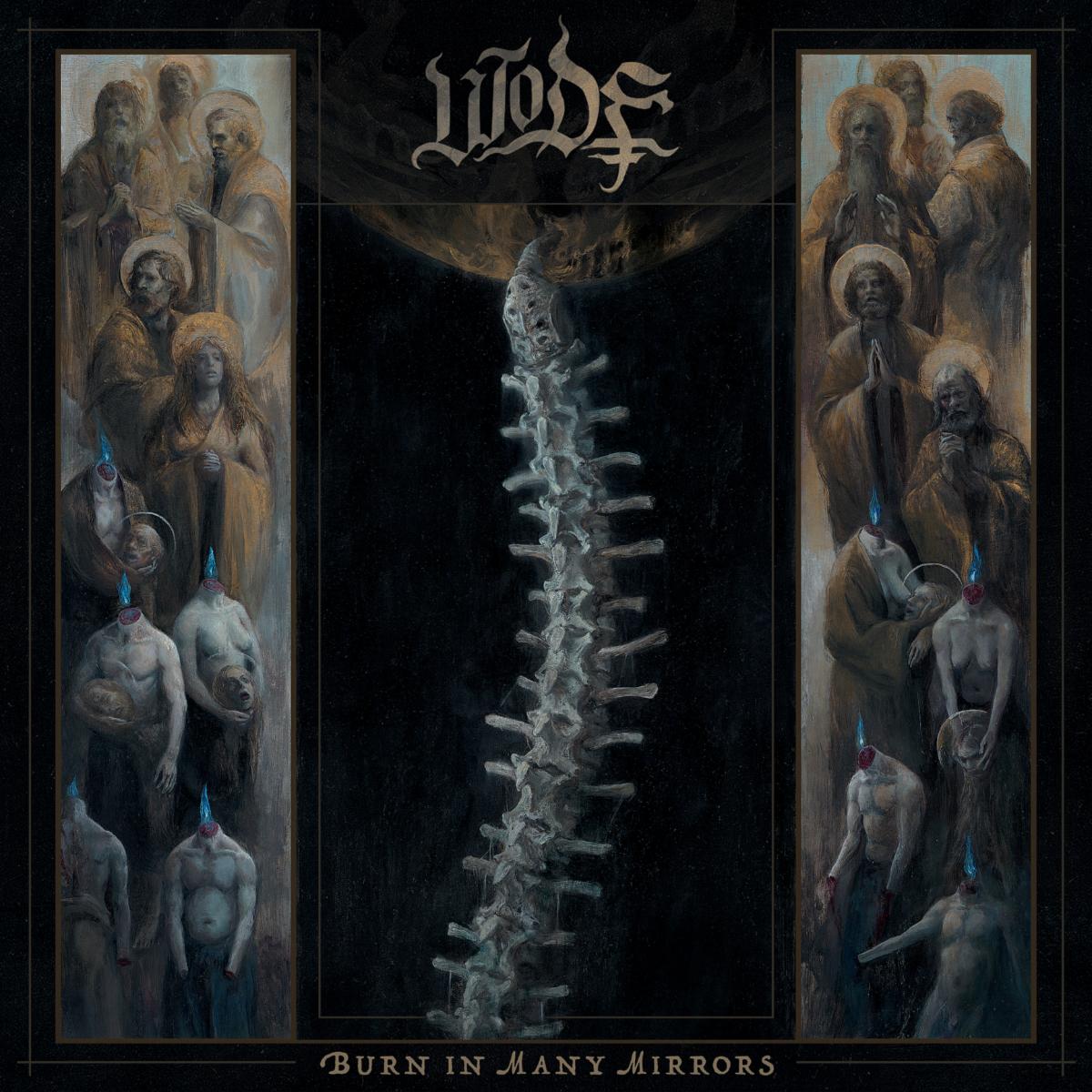