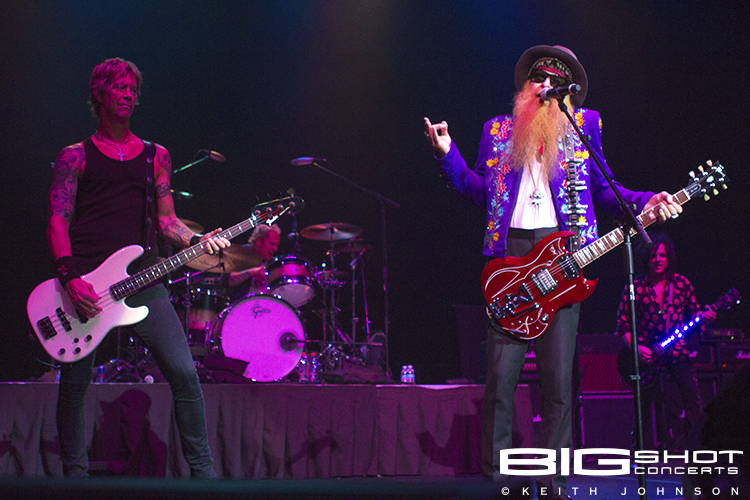 Supergroup Kings of Chaos turned Hard Rock Live in Hollywood, Florida upside down when they played the hits that left an indelible mark on rock n roll.

Kings of Chaos is the brainchild of drummer Matt Sorum, who brings together friends from the biggest bands in the land for an unforgettable concert. On stage, these guys showcase the tunes that made their groups famous. And unless you’ve been living under a rock, or never turned on the radio, you’ve heard of their bands: Guns N’ Roses, ZZ Top, Cheap Trick, Deep Purple, Billy Idol and Velvet Revolver.

This fraternity of superstar rockers includes core members Matt Sorum, Duff McKagan and Gilby Clarke — along with 2015 bandmates Billy Gibbons, Robin Zander, Steve Stevens and Glenn Hughes. These guys are all legendary, with years of extensive touring behind them. So when they hit the stage, fans expect a kick ass rock show. And that’s exactly what Kings of Chaos delivered on May 15, 2015.

The setlist was deep, with tracks played from the storied careers of all those on stage. Kings of Chaos even sprinkled in popular tunes from other artists, including “The Thrill Is Gone,” from the late, great B.B. King. The night was a musical journey through iconic songs with plenty of staying power. Many fans undoubtedly first listened to the music on records, 8-tracks, cassettes or CDs — and now a new generation is downloading or streaming those same classic tunes.

Top-notch talent always brings something memorable to the concert. Such was the case with three Guns N’ Roses alums. Matt Sorum brought steady beats with cool grooves that set the rhythm of the show. Duff McKagan proved that he’s still the heavy, melodic bass player with plenty of moody hammering. Gilby Clarke played the chords that drove the music, made his six string scream and even stepped up to the microphone to provide vocals on two songs including G N’ R classic “Mr. Brownstone.”

Cheap Trick’s Robin Zander is definitely alright — and he continues to sing classic rock tunes with enthusiastic vigor. This vocalist still looks cool in leather and his magnetism transcends years. Based on the cheers coming from excitable females, it seems unlikely that his flame will be extinguished anytime soon.

Billy Gibbons of ZZ Top was the sharp dressed man for the evening. He ground out signature bluesy, rock riffs from behind his beard on an axe that demonstrated just how razor sharp his talent is. And when he begins to sing, there is little doubt as to who is providing the vocals.

When Steve Stevens drags a pick across six strings you instantly recognize the riffs. The long-time guitarist for Billy Idol did a masterful job playing some of the biggest tunes ever written and recorded by top-notch shredders. He also had a big-time stage presence, and that made for a rockin’ good time.

In the mid 70s, Glenn Hughes was singing and playing bass for Deep Purple. His performance at Hard Rock Live in Hollywood, Florida was like a flashback to the days when those rock pioneers changed the music scene forever. All the fans wanted to see a highway star burn across the stage. They got that and more.

Kings of Chaos do not have a chaotic touring schedule. So if the members of this blended rock n roll family plug in to play a concert in your town, be sure to check them out. 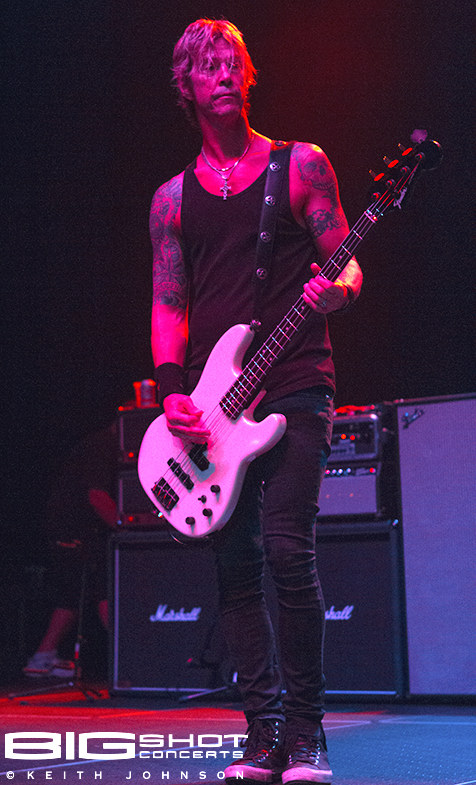 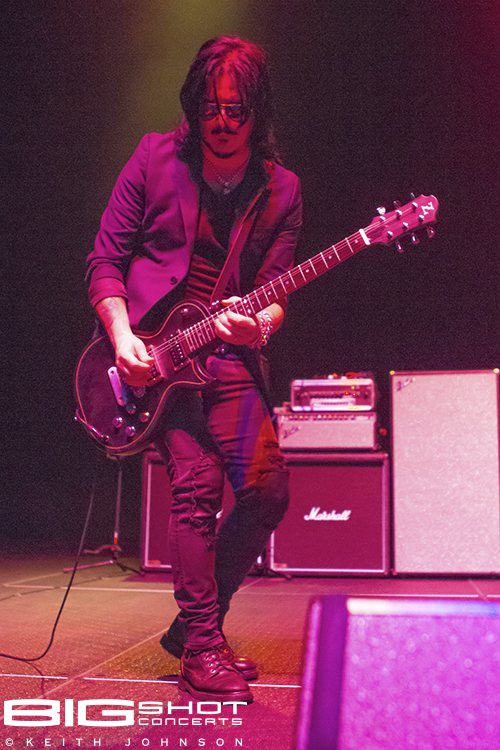 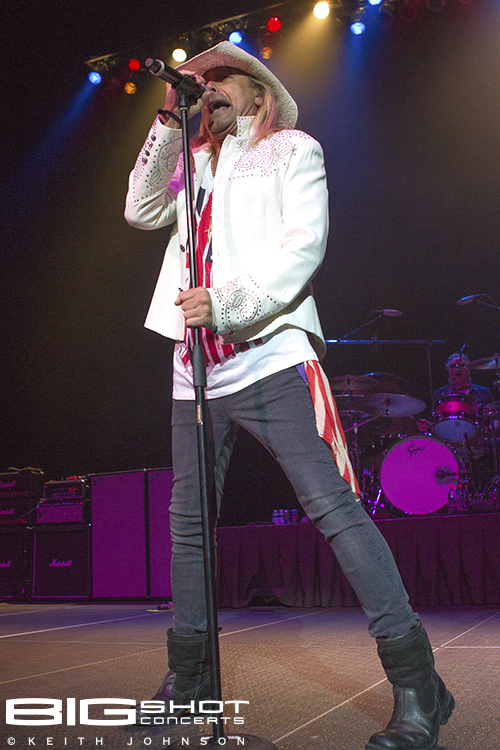 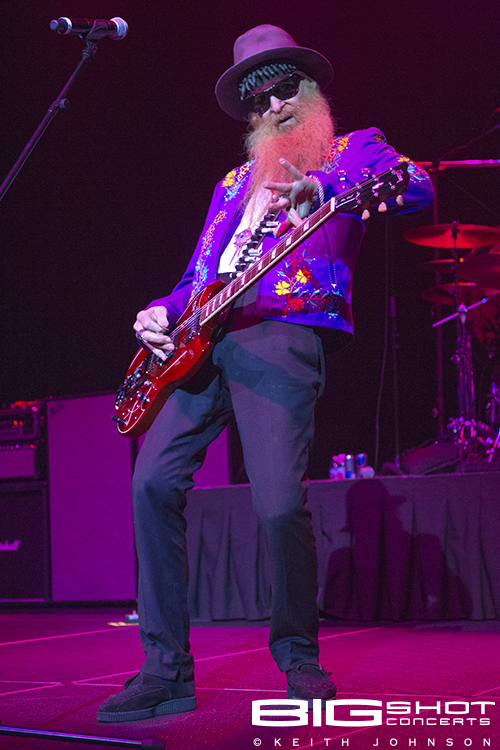 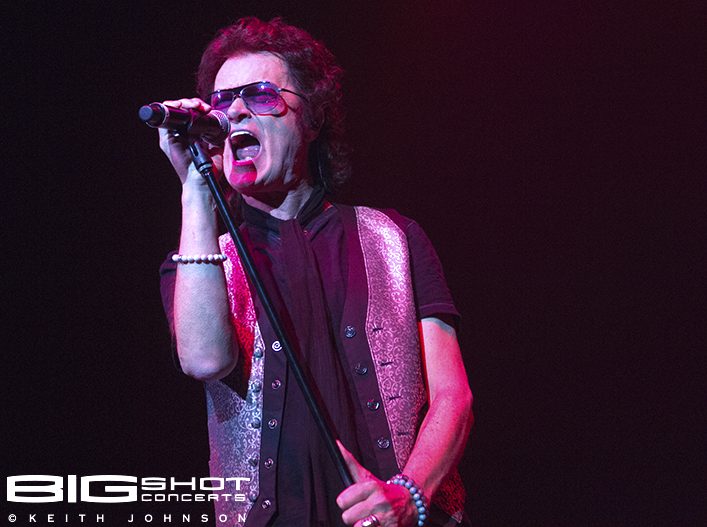 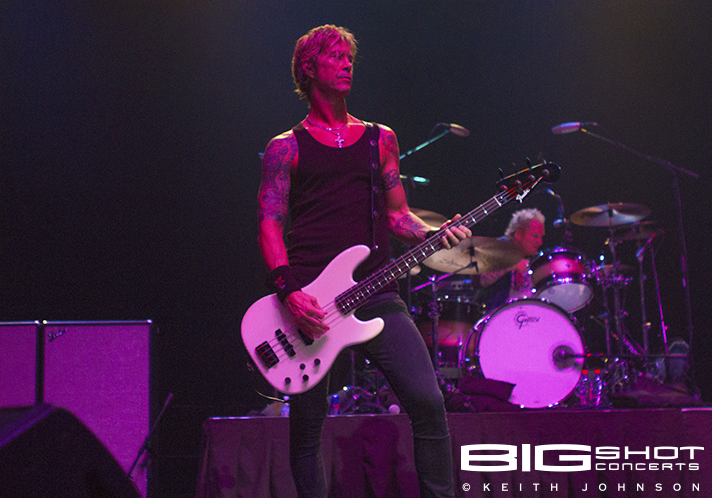 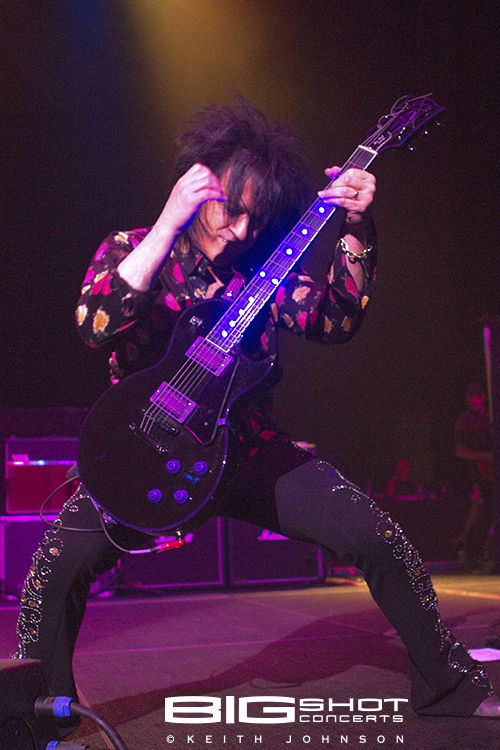 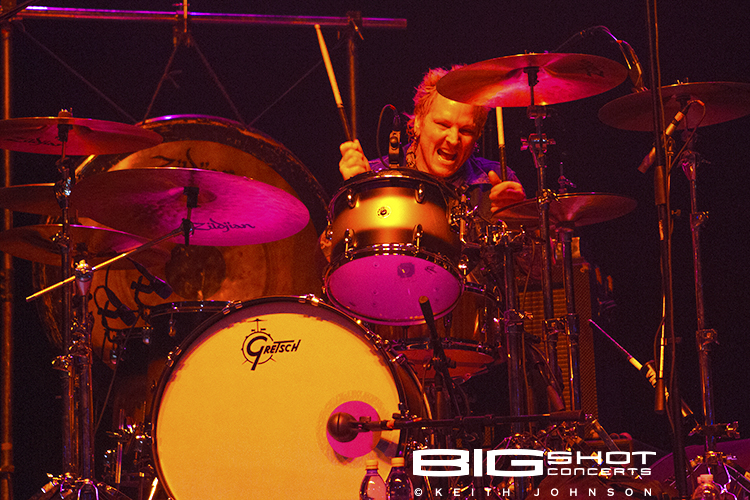 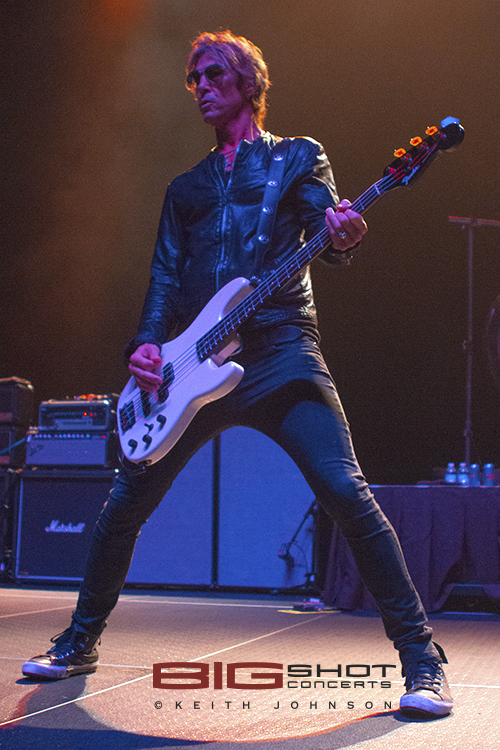 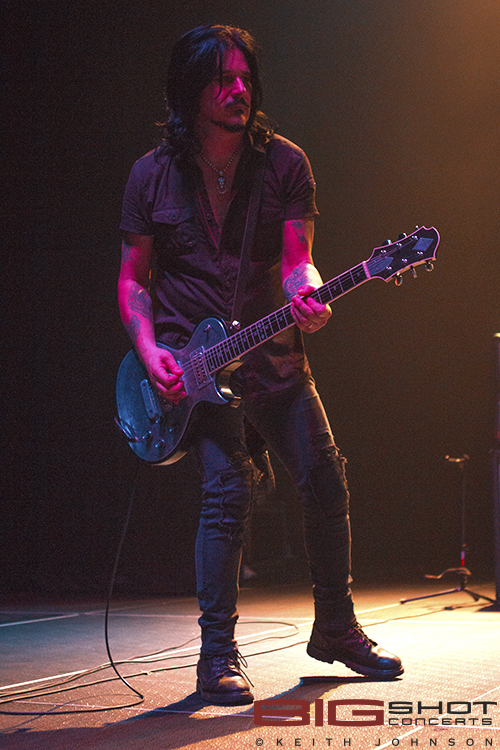 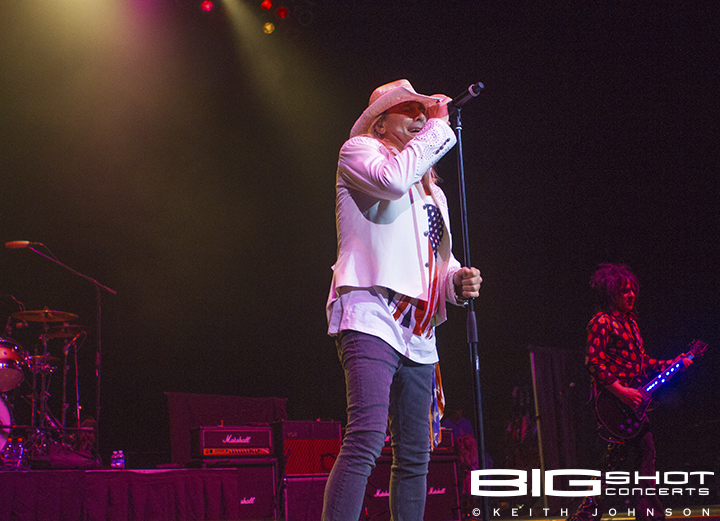 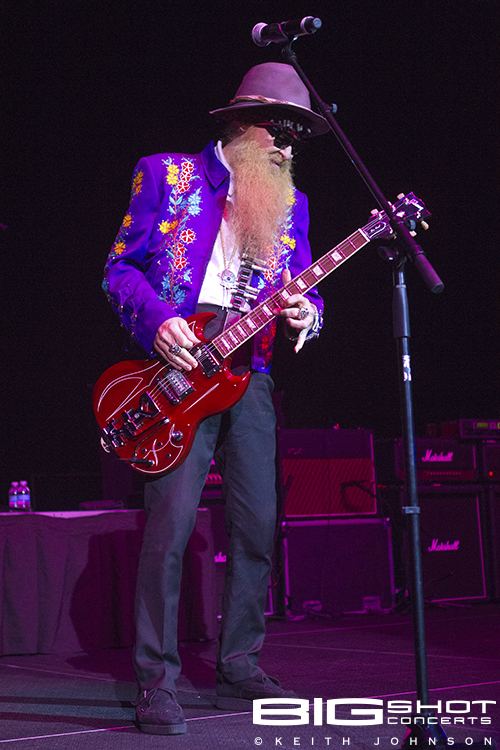 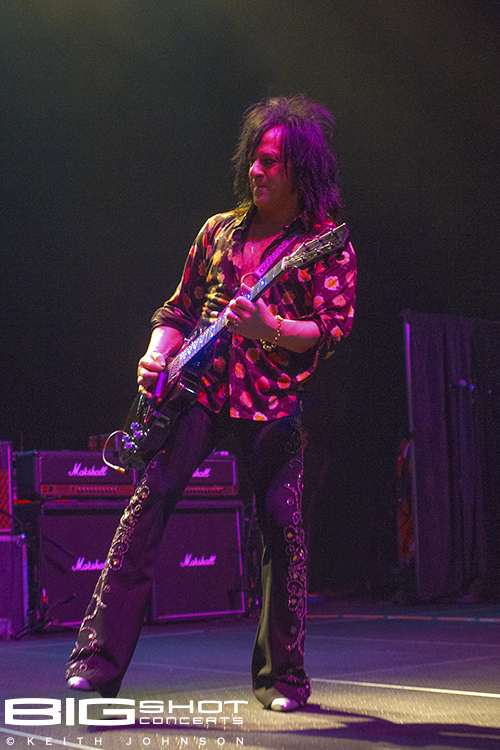 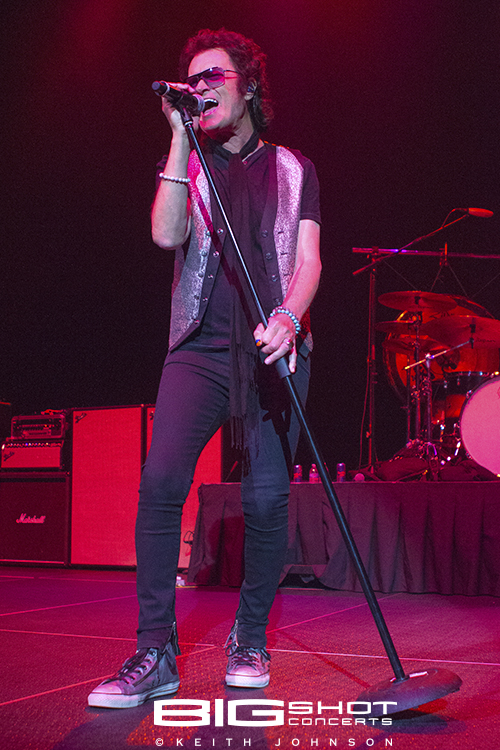 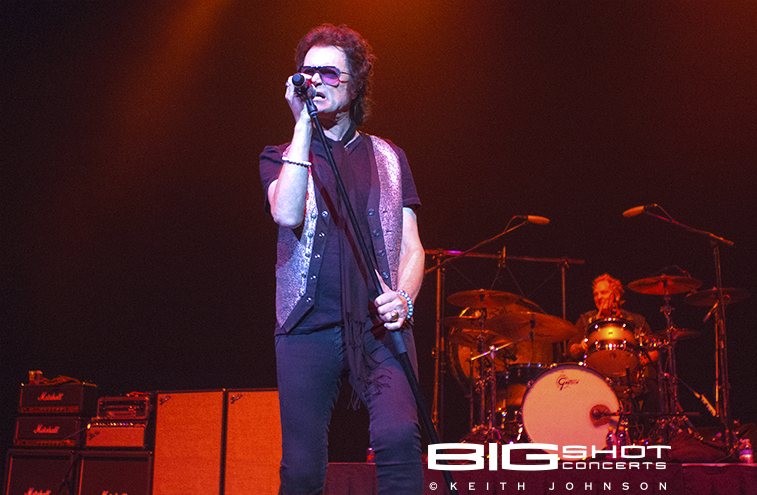 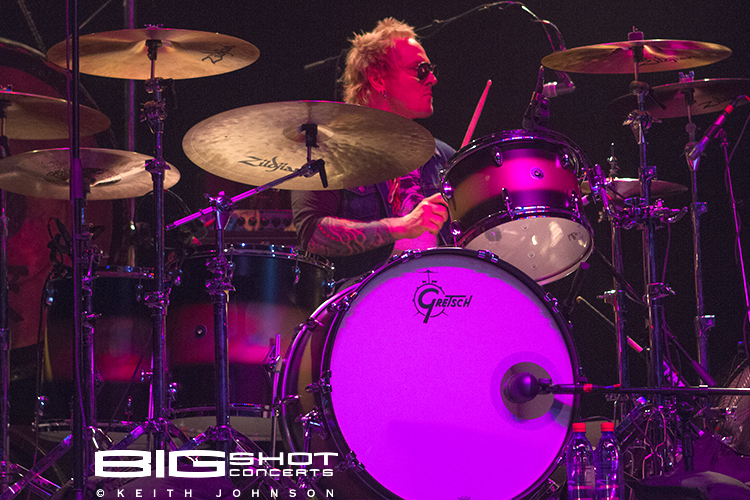 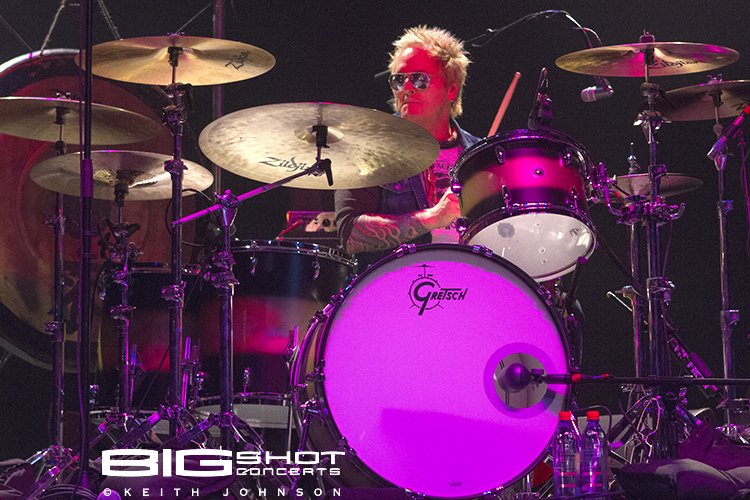