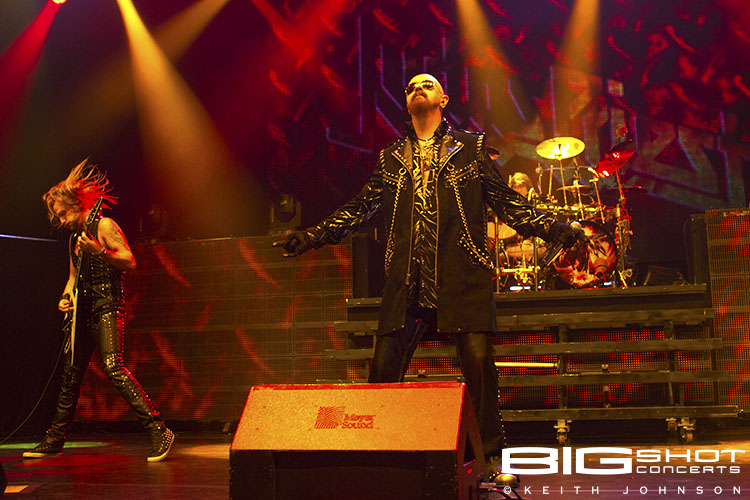 It was Halloween eve when Judas Priest brought their Redeemer of Souls tour to Hard Rock Live in Hollywood, Florida — and the band came dressed as leather-clad defenders of metal and British steel. Just as they have for more than 40 years, the group treated the fans to a concert filled with aggressive vocals, thrashing drums, heavy bass and screaming guitars.

On this night, Judas Priest played a mix of new songs along with the massive hits that made these metal divinities an indelible part of hard rock history. At 63, Rob Halford’s enthusiasm for playing live still shines like the chrome on his motorcycle, which he rode out to sing “Hell Bent For Leather.” It was a classic moment from a truly iconic frontman. Founding member Ian Hill has always been the backbone of the band, and his thundering bass lines can still jar cavities loose. Handling the timekeeping duties was Scott Travis, who gave the crowd a truly metal performance behind a sea of drums. Glenn Tipton remains a fiery guitar player who can burn up the frets with screaming riffs and a barrage of power chords. New ax-slinger Richie Faulkner brings a refreshing vitality to the band that fits in perfectly with the group’s long-established way of playing. Faulkner’s addition also allows the band to carry on with their famous dual lead guitarists — a legendary part of every Judas Priest concert.

Judas Priest’s hard-hitting set lasted more than 90 minutes and included a pair of encores, proving that rock is, in fact, alive and well. Any dissidents who believe otherwise can kiss off … because they’ve got another thing comin’. 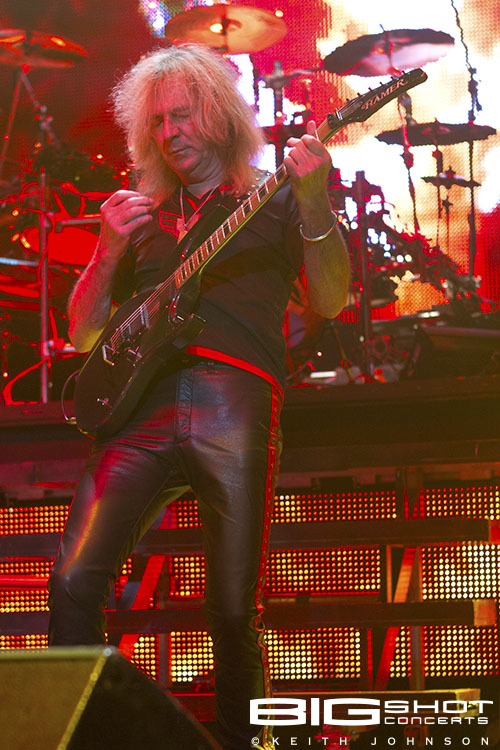 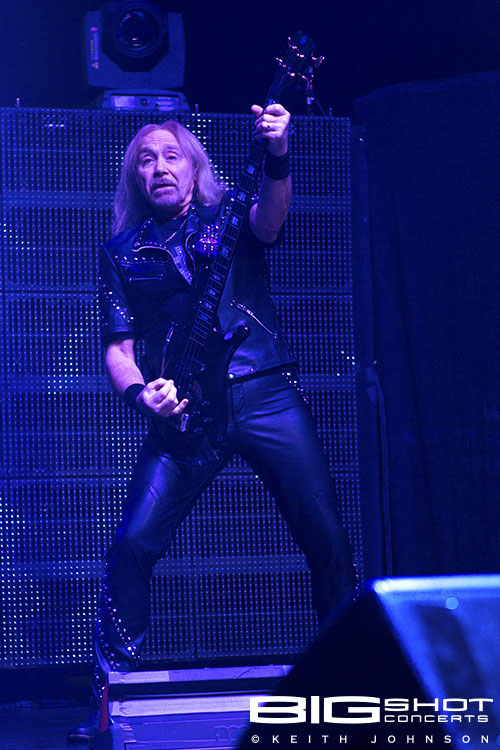 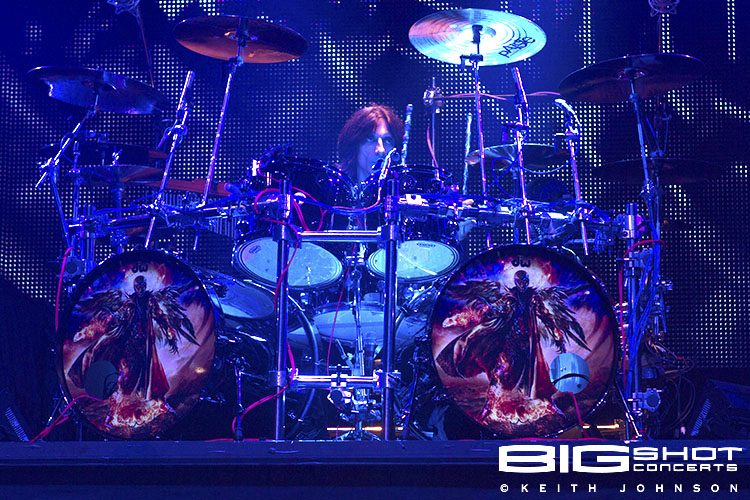 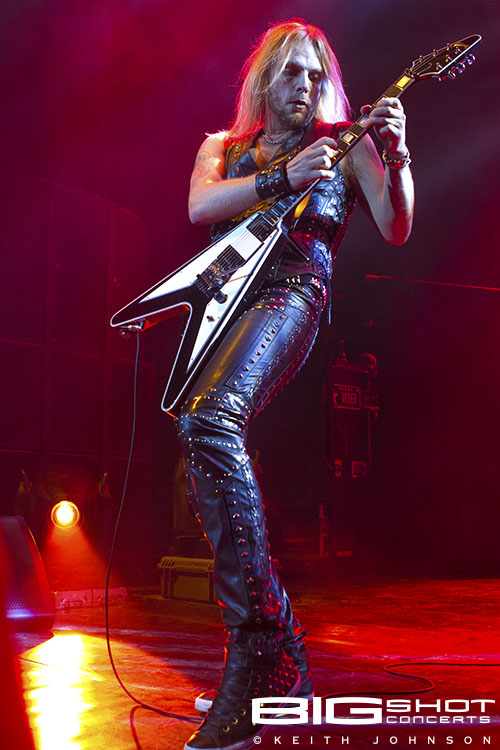 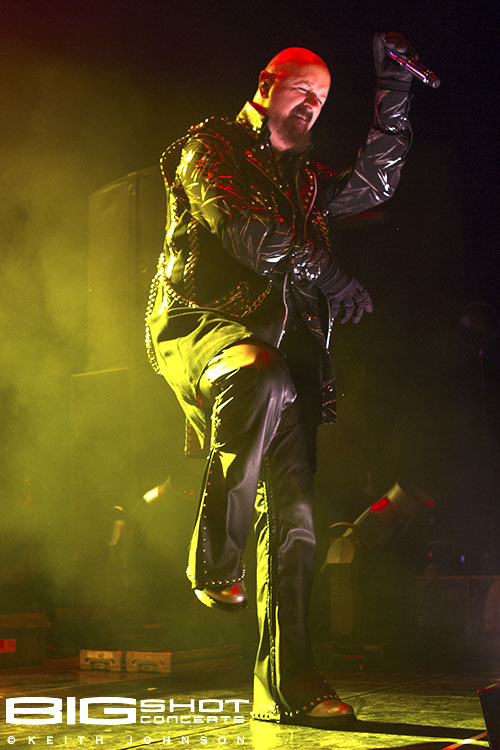 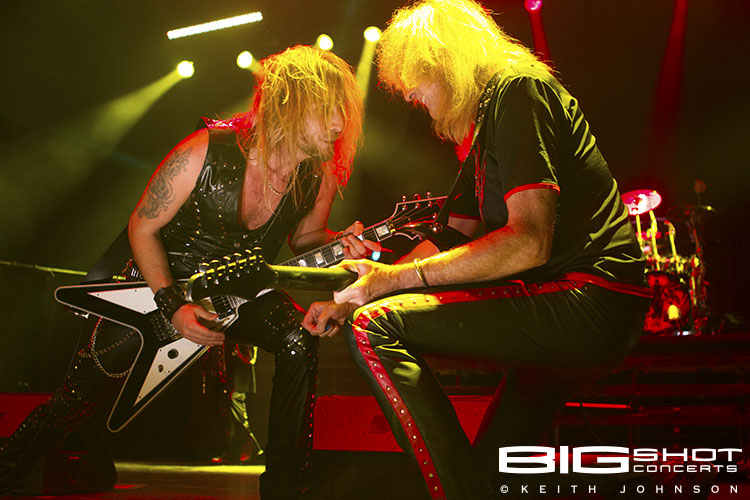 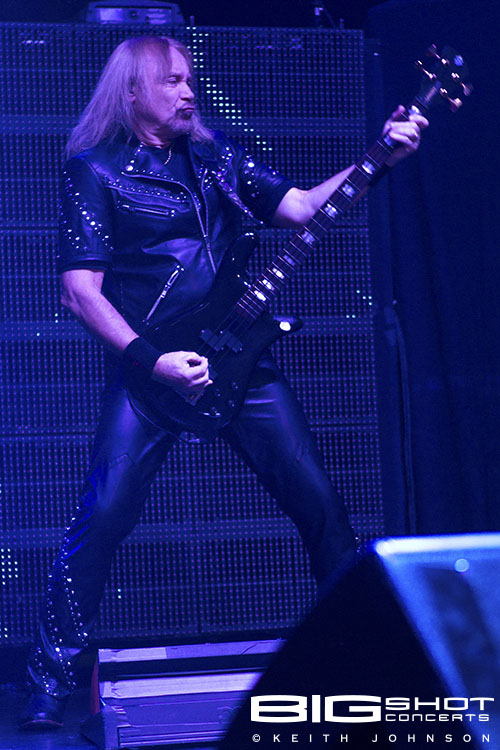 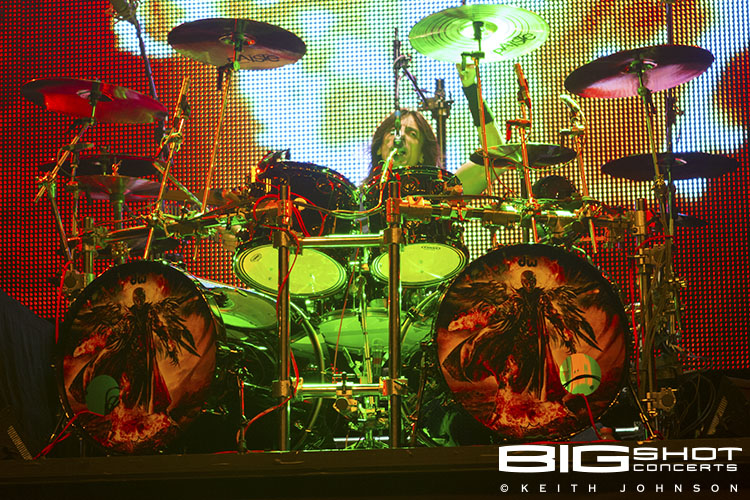 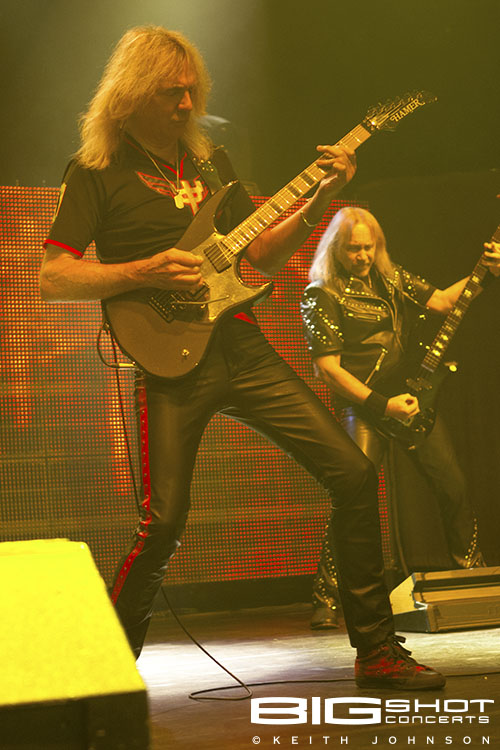 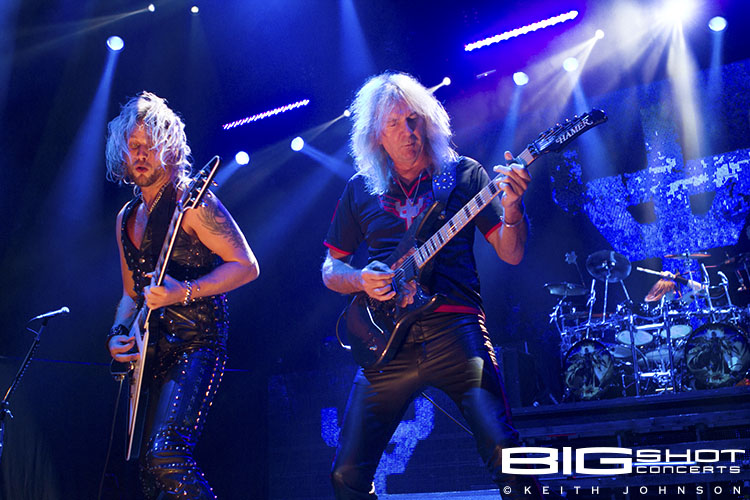 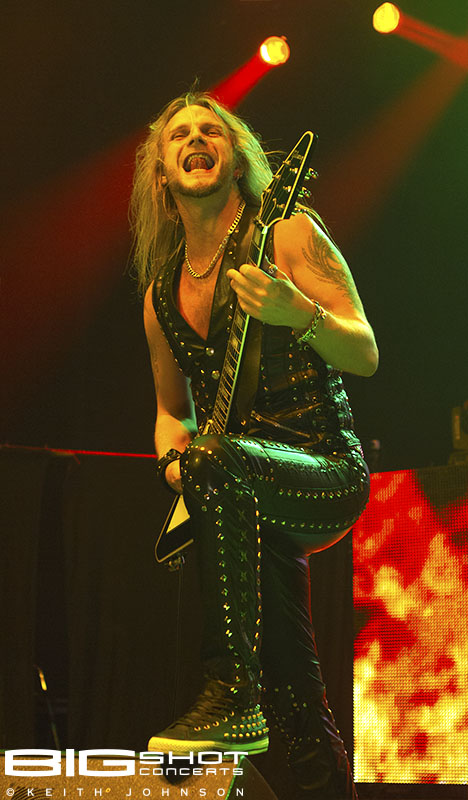 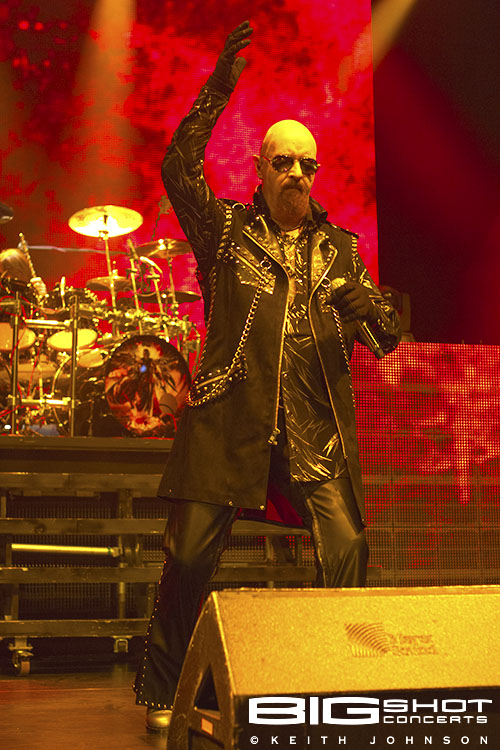 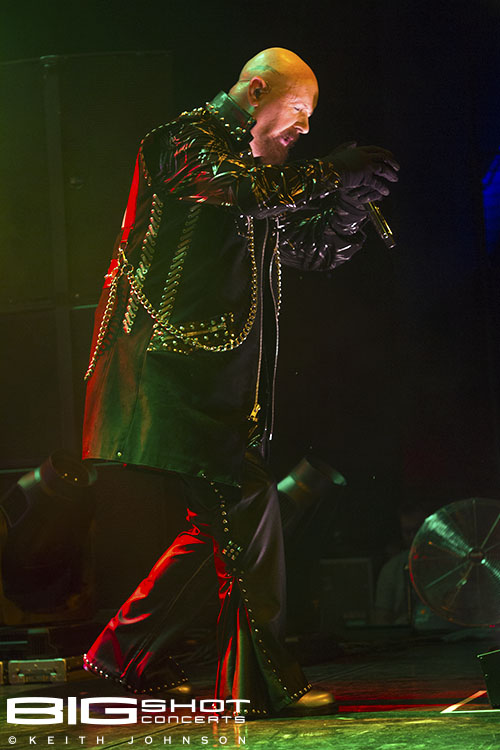 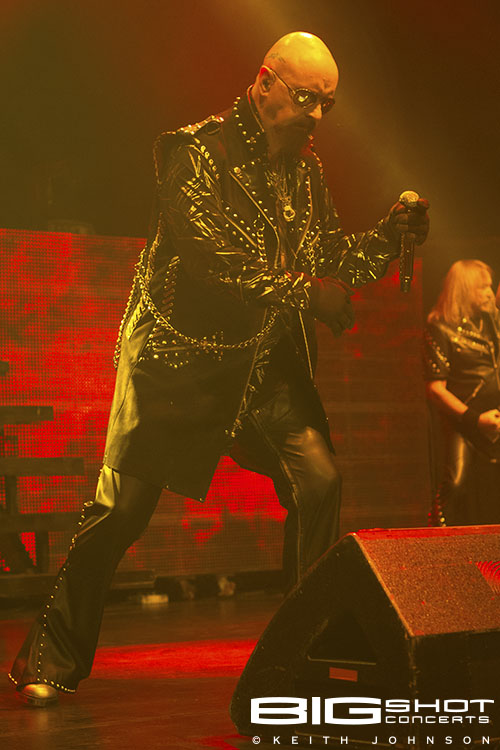 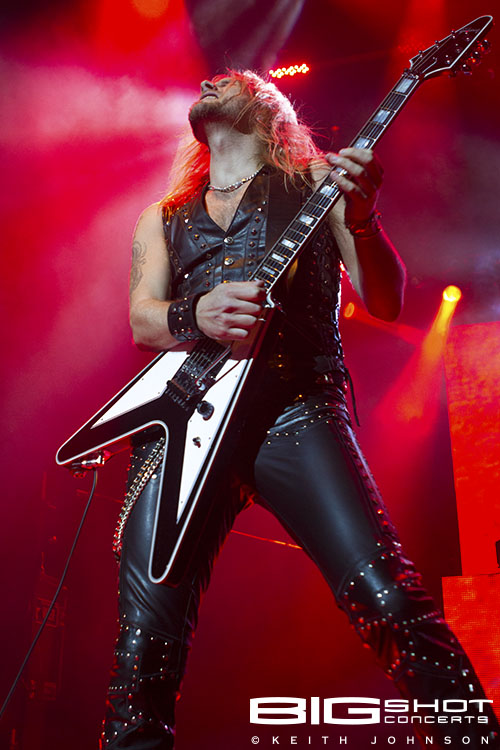 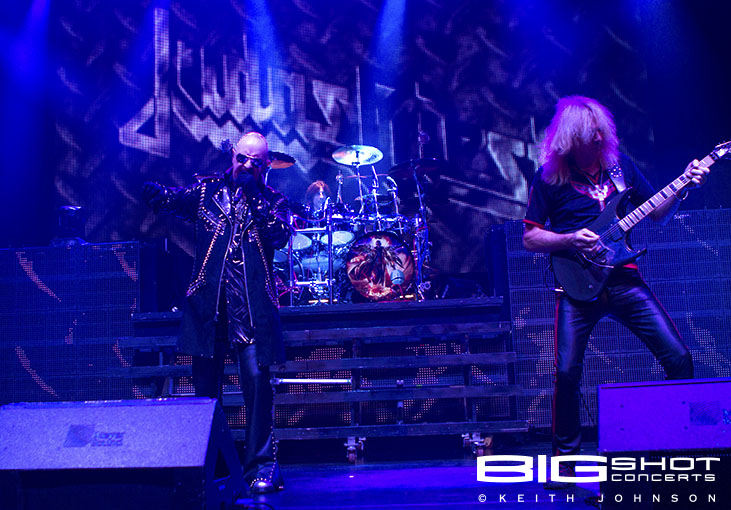 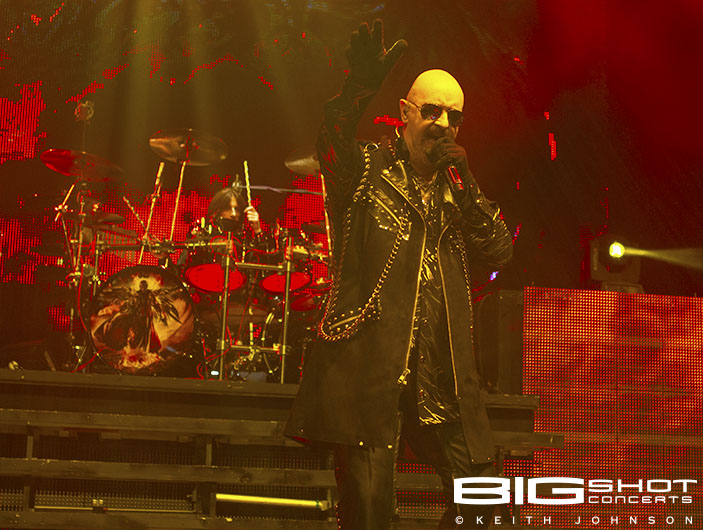