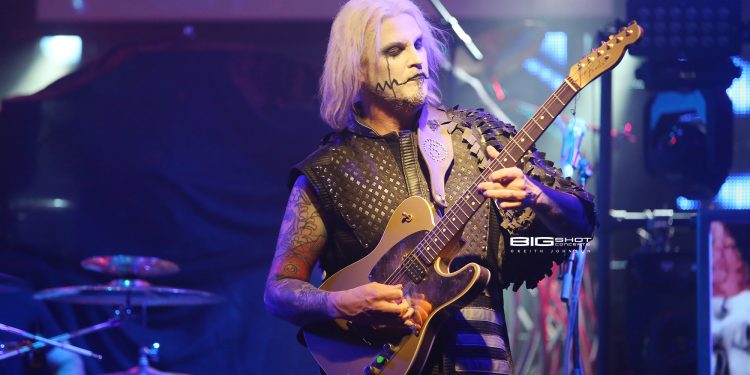 John 5 Kicks off NBA season to celebrate the restart of hoops. ESPN House returns with a virtual fan experience for the tip-off of the NBA on ESPN. The experience will be anchored by a live musical performance from rapper and songwriter Tyla Yaweh with special guests Tommy Lee and John 5. The performance will be streamed on YouTube, Facebook, Twitter and the ESPN app on Saturday, August 1 at 5:10 p.m. ET prior to Hoop Streams. ESPN House will also feature content from The Undefeated on ESPN.com surrounding social justice efforts.

﻿“I have a long time friendship with Tommy Lee and we have worked on some really great music together,” John 5 says. “I really love how the remix turned out and loved working with new friends Tyla and Post Malone. I love this song and I’m proud to be a part of this.”

Tyla Yaweh – the Orlando-raised, LA-based genre-bending star – launched his career with 2019’s critically acclaimed project Heart Full of Rage , which boasted equal parts trap, hip hop and rock. Along the way, the project, which included the break-out song “High Right Now,” and subsequent singles like “I Think I Luv Her” ft. YG and “Understand Me,” helped him amass over 351 million streams, He has collaborated with names like Wiz Khalifa , French Montana, Ski Mask The Slump God, Juice WRLD and PnB Rock. Tyla also joined Post Malone, Swae Lee and Jaden Smith on the 2019-2020 Runaway Tour across multiple continents and made rousing appearances at festivals such as Lollapalooza, Bonnaroo, Governors Ball, Firefly, Life Is Beautiful, Rolling Loud, Reading and Leeds and more.

Aptly titled RAGER BØY, his upcoming debut studio album encapsulates the world in which Tyla Yaweh resides. With “Tommy Lee” as the lead single, the stage is set for star-studded features (including Post Malone on “Tommy Lee,” Tommy Lee himself on a remix, and DaBaby on the newly-released anthem “Stuntin’ On You”), new vibes and uncharted territory, musically. Tommy Lee ’s new album, ANDRO , will be released on October 16, 2020.

The trio of Hubbarth , Perkins and Elhassan will return for Hoop Streams pregame shows on Saturday, August 1, at 8 p.m. ET and again on Monday, August 3, at 8:30 p.m. ET. Each edition of Hoop Streams will include special guest appearances, commentary on topical NBA news items, and a preview of the upcoming games on ESPN platforms.

In addition, the Hoop Streams team of Christine Williamson , Omar Raja and Gary Striewski will lead shows on Saturday, August 1, at 5:30 p.m. ET and on Monday, August 3, at 6 p.m. ET. Raja will participate from the NBA Florida Campus and the Walt Disney World Resort , while Williamson and Striewski will be located at ESPN’s Bristol Conn. studios. These shows will feature on-site updates from Raja and viral video content. For ESPN and ABC’s NBA Restart schedule , visit ESPN Press Room.