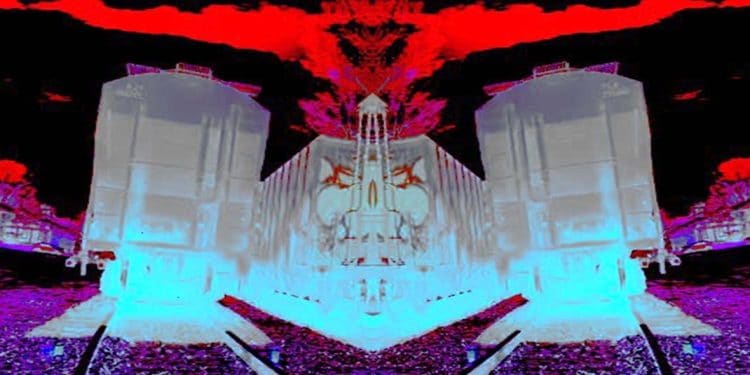 Joetown “Freightrain” single is released on all streamable & downloadable platforms via Mindsnap Music/Von Artist Inc. and distributed by The Orchard/Sony. The single features special guests Matt Starr (Ace Frehley and Mr. Big) on drums, Jimi Bell (Autograph, Geezer Butler and House of Lords) on lead guitar and Mike Duda (WASP, Hookers and Blow) on bass. The song was produced & mixed by Joe Delaney and mastered by Steve Turnridge. In addition, he also released the official music video for the single that was shot and edited by Joe Delaney.

With Joetown generally pissed-off about the state of affairs in America, “Freightrain” is an angry, boisterous rant that takes aim at those who pull the strings of power and influence. 2020 was, in his own words, a “fucked-up year” and with everything shut down, “Freightrain” was the first Joetown recording to be done remotely.

”As a guy who has always just assembled a bunch of great players in a big live room and hit record, this process was entirely different, but it worked out thanks to the players involved. Since I’ve done records with all of these cats before, it still felt natural and exciting. These guys are all old friends that happen to be world-renowned players,” says Mr. Town.

Matt Starr, drummer for Ace Frehley, Mr. Big and others, recorded often at the original Joetown Studios in the mid-late 90’s and is the drummer on the classic track “Curbside Sleeper” that appears on Joetown’s album Rock’n’Roll Man.

Matt says, “I learned long ago to always expect the unexpected when playing with Joe. ‘Freightrain’ was no exception. The twists and turns are fucking awesome and it’s a great song that I’m grateful to be a part of.”

Jimi Bell is the ultimate shredder and currently the guitarist in Autograph, but he also has a history with Geezer Butler of Black Sabbath, House of Lords and others. Jimi was actually Joe’s guitar teacher as a teenager. Previously, Jimi and Joe made a popular version of “Paradise City” by Guns N’ Roses that is on multiple G’n’R compilations.

“I’m truly honored that Joe asked me to play a solo on this track. We’ve been friends since the 80’s and I have always had the utmost respect for him as a guitarist, singer, song writer, engineer and producer. We’ve worked together before on a couple of records and it’s always been an incredible experience,” says Jimi.

Mike Duda is best known as the bassist from WASP since the early 90s, along with being in Dizzy Reed’s Hookers and Blow. He has been close friends with Joe since high school and also appears on the album Rock’n’Roll Man.

“Joe is one of my oldest and dearest friends! I have the utmost respect for him as a musician, songwriter, producer, engineer and as a person! Every time he asks me to do a session I don’t walk, I run! ‘Freightrain’ is just another example of Joe’s awesome catalogue of work. Some of the most enjoyable moments of my career are working with Joe because I understand where he’s coming from and he understands where I’m coming from. Every time is an amazing creative journey,” adds Duda.

Joe’s other recent releases have been singing on Bomber Alley’s new single “We Get By” as well as vocals, lyrics and lead guitar on the album “Phoenix Rising” by the popular doom metal band Curse the Son.