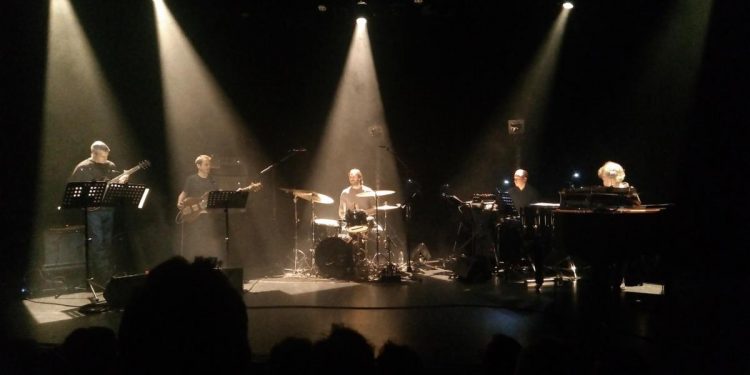 “Head Wreck” is found on the outfit’s acclaimed second LP, Natural Selection, which saw release in September via jazz label Pi Recordings. The intriguing and intense album was expertly captured by veteran recording engineer Ron Saint Germain (Soundgarden, Living Colour, Bad Brains, Sonic Youth) and mastered by Joe Gastwirt. The video for “Head Wreck” was directed and filmed by Mimi Chakarova and edited by Derek O. Hanley and showcases this incredibly proficient unit capturing the song in the studio.

Offers Dan Weiss with the “Head Wreck” video, “I really like the way the video captures the energy of the recording session. I remember that I was really frustrated before this particular take – the fourth or fifth. The drum part that I wrote for myself is really demanding, and I wasn’t quite getting it. I finally nailed it in this take and let loose on the ending, improvised drum solo, hitting extremely hard and letting out my aggression. I also love everyone’s solo on this take. Monder plays some beautiful yet crushing stuff.”

Natural Selection is the highly anticipated follow-up to drummer composer Dan Weiss’ 2018 release Starebaby. Along with Weiss, the rest of the collective – who all return from the first album – is made up of a dream-team of musicians who share a love for heavy metal and whose playing is unbound by genre.

The recording of Natural Selection came fast at the end of a run of performances for the band – also named Starebaby – which helped further cement the group’s unique sound. It’s staggering to contemplate the wide-ranging ability of these musicians from bone-crunching power to pensive reflection; exacting hits to improvised texture; faith to the compositions and manic improvisation. Each of these musicians is a leader in his own right; their 2019 releases evidence the sheer scope of their individual talents. 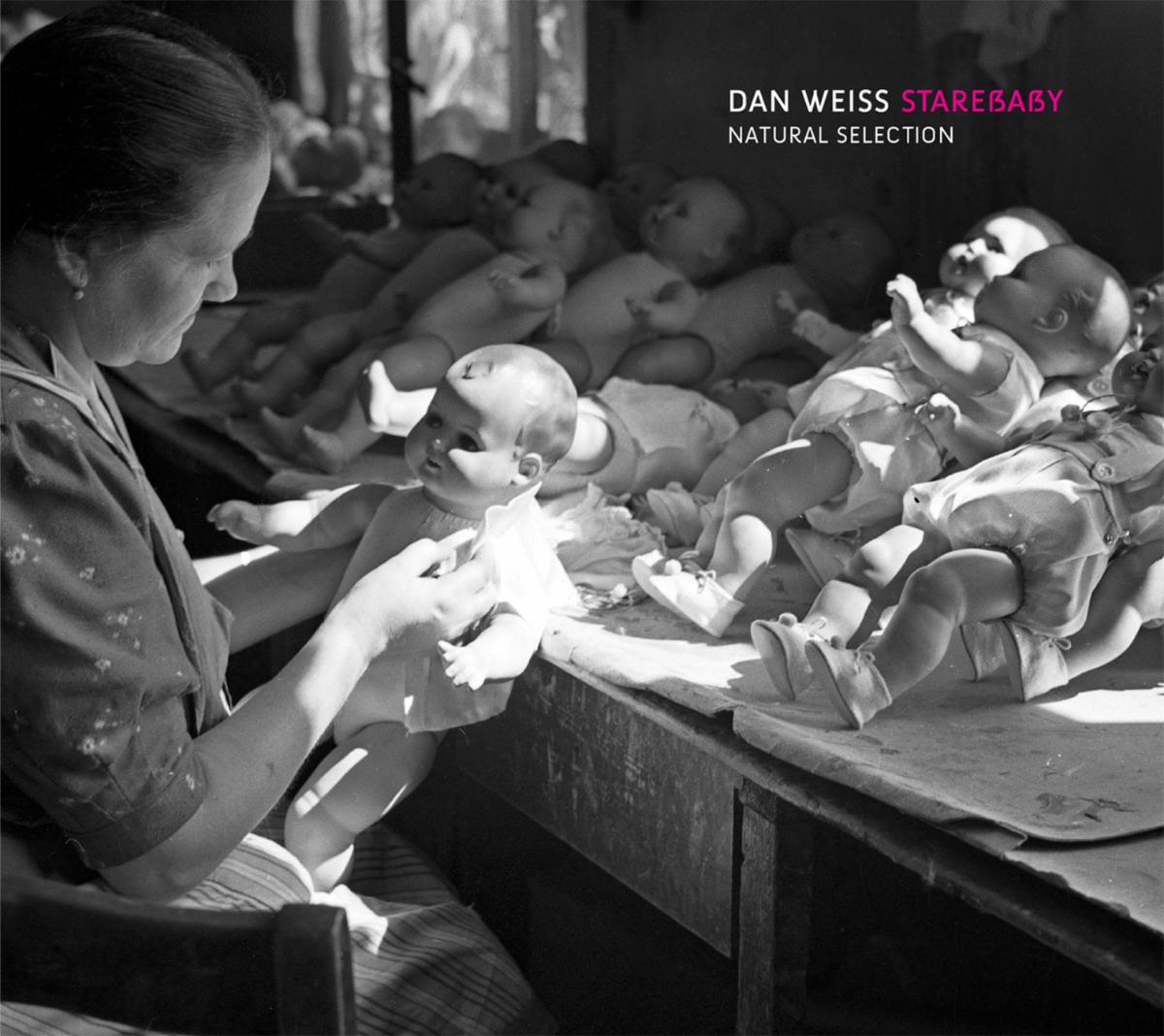 “While the goal is to consume your attention – exerting a pull heavier than gravity, as a metal band might – WEISS also seems aimed at organizing your thoughts, not overwhelming you. He showcases each component part, leaving vast amounts of empty space, inviting listeners to visualize each instrument one by one in their mind’s eye… This is music that wants to be consumed ear-first, flowing from the mind into the body.” – New York Times

“These new pieces, three of which cruise blithely past the ten-minute mark, often feel like the work of King Crimson: rhythmically punishing, with melodies that seem to hover like dark gray clouds, grafting jazz to metal and vice versa and turning the whole into something ominous and cold-eyed. ‘Acinna’ is particularly KC-esque, stomping resolutely forward as Monder takes grinding, distorted solos in between passages played by the world’s heaviest piano trio.” – Stereogum

“…a creepy, cinematic composition that would fit right in on the Twin Peaks soundtrack.” – Revolver Magazine

“WEISS channeled his obsession into Starebaby, the self-titled 2018 album by his then-new quintet… He had hoped that the music, a hybrid of jazz and heavy metal, would capture some of the show’s vibe: ‘the juxtaposition of the worlds that Lynch creates.’ Yet Twin Peaks carried too much inspiration for just one record. The band’s follow-up – Natural Selection – is a companion piece to the first. However, in keeping with the various aesthetics involved, the album relates to Starebaby in a unique way.” – DownBeat

“Feeding off the ominous and surreal notions embedded in the 2017 Twin Peaks return, this drummer/composer works his magic by bending time, texture, and form to his will… Complex enough to keep anybody guessing and wise enough to yield to the moment, this music is full of wicked surprises.” – Jazz Times

“Developed after touring together, the music here emerges in its own genre. WEISS’ band, pianists/keyboardists Craig Taborn and Matt Mitchell, bassist Trevor Dunn (a periodic accomplice of Zorn’s), and guitarist Ben Monder (who played on David Bowie’s seminal Blackstar) execute serpentine compositions that juxtapose jazz and metal amid the strategic use of elements from prog rock, neo-psych, abstract electronica, and ambient music.” – AllMusic

“… a dizzying, complex, genre-defying song that goes through all kinds of twists and turns, from warm piano to screaming distorted guitar solos and beyond.” – BrooklynVegan

“All in all, those expecting just a mashup of metal and jazz are in for a surprise. Natural Selection covers a lot of ground, and seems to create a genre all its own. Some passages are definitely composed, others improvised, and with some sections, the creative process is less obvious. Starebaby plays jazz and metal and soundtrack music and electronica and many other genres all at once, but also it seems like they are playing none of the above. Perhaps they are just playing Starebaby music, a genre of its own.” – Burning Ambulance