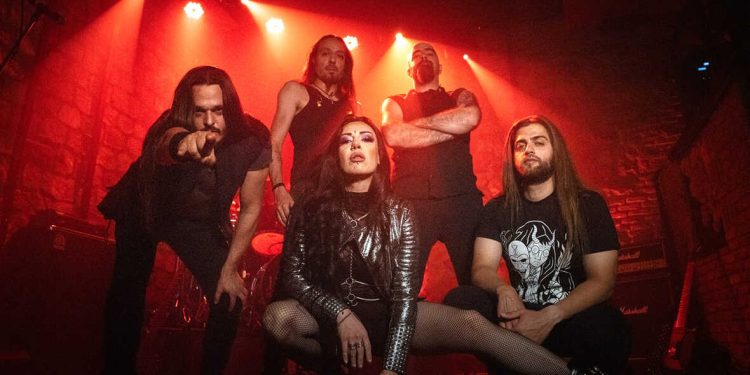 Jaded Star are back with a music video of their song “Adrian,” which was filmed and recorded live at The Crow Club Athens. “Due to the pandemic we haven’t been able to play our music live and share this experience with a real live audience. We had a fantastic time during our performance at The Crow and we are looking forward to hit the road again,” the band says.

Five years since their highly acclaimed debut album, Memories From The Future, last year Melodic Metal act Jaded Star celebrated the release of their sophomore album, titled Realign, with Noble Demon! Dynamic arrangements and unique songwriting that is reminiscent of old-school metal with a modern edge: Realign is the charismatic and dynamic, beautiful but heavy, follow-up record that their fans have been waiting for.

Realign is out now on Noble Demon. It is the band’s strongest, most emotional and heaviest album to date