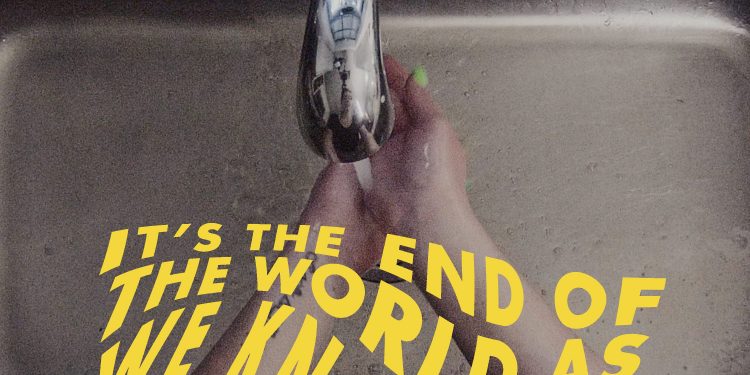 South Carolina rockers Islander raise funds to honor family lost to Covid-19 with release their cover of R.E.M.’s “It’s The End Of The World As We Know It (And I Feel Fine)” – their first new music released since signing to Better Noise Music. The band took a break from writing their upcoming album to cover this timely track, in recognition of the worldwide pandemic and the toll it has taken on the Carvajal family. The band’s brothers, Mikey and Chris Carvajal, wanted to use the track to raise funds for a cause close to their (and their Aunt’s) hearts.

Islander Releases Cover of R.E.M.’s “It’s The End Of The World As We Know It (And I Feel Fine)”

The world is being hit hard by COVID-19. Our hearts especially go out to the NYC community and everyone struggling right now. Our Aunt/Tia Lolin is one of the many that have passed away because of this terrible virus. So this effort to raise funds is dedicated to her huge heart and love for her neighbors. She was always thinking of others before herself. In honor of Tia Lolin, a portion of proceeds from this track will go to the NYC Low-Income Artist + Freelancer Relief Fund to support the artists and freelancers that are struggling in her hometown of NYC. We love you, fellow artists. We love you, Tia Lolin. – Islander

Founded in 2011, the band has released two albums (winning Loudwire album of the year in 2014). The band has also received support from many of their peers within the music community and have stayed busy touring with bands such as Korn, Papa Roach, I Prevail, Stone Sour, Babymetal, P.O.D., and many, many more.