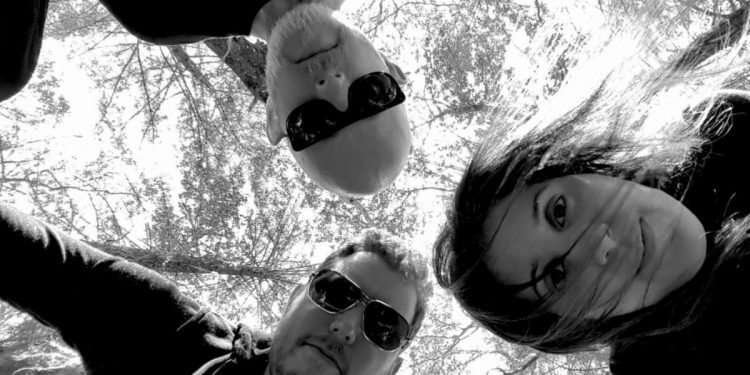 Oakland, California and London, UK-based cinematic ambient trio Ionophore will unveil their lush fourth album, Knells, independently at the end of February. The band features members of Vastum, Fyrhtu , Not Quite So, Betterthief, and more. Alongside the release album’s cover art, track listing, preorders, and more, BrooklynVegan is hosting an exclusive premiere of its first single, “Pardis.”

Ionophore is the project of multi-instrumentalists Leila Abdul-Rauf (Vastum, Fyrhtu , Terebellum), Janek Hendrich (Qepe, Not Quite So, Betterthief), and Ryan Honaker (Souls And Cities, Betterthief). Formed in 2012, the trio continues to weave their trademark cinematic dark electronics and organic elements, melding the orchestral strings of Honaker with the horns and voice of Abdul-Rauf, embellished with the electronic flourishes of Hendrich.

Knells is the lush follow-up to IONOPHORE’s well-received 2018-released Whetter. The record sees the group exploring a more introspective, neoclassical sound, pondering a weightless feeling of late-night stillness and ambience, interrupted by elements of lethargic jazz on “Take Its Course,” and the distant anguish of whirring machines on “Our Garden.” The album closes with the cool glow of “Contemplation,” bringing calm to the preceding events.

Produced by the band, mastered by Myles Boisen at Headless Buddha, and completed with cover art and layout by Janek Hendrich, Knells offers Ionophore’s most captivating and immersive material to date.

Leila Abdul-Rauf offers, “‘Pardis’ explores the most obscure corridors of our minds, revealing what’s lurking in its darkest recesses. Harkening back to grandiose soundtracks of the past, melancholic violins complement soaring horns while blurred voices echo in the distance and angular pulses emerge, keeping the listener in a perpetual state of suspense.”

Immerse yourself in Ionophore’s “Pardis” now through BrooklynVegan at THIS LOCATION.

Watch for additional audio samples, official videos, and more to make its way into the public domain surrounding the release of Knells.

Feature Photo by Nathan A. Verrill