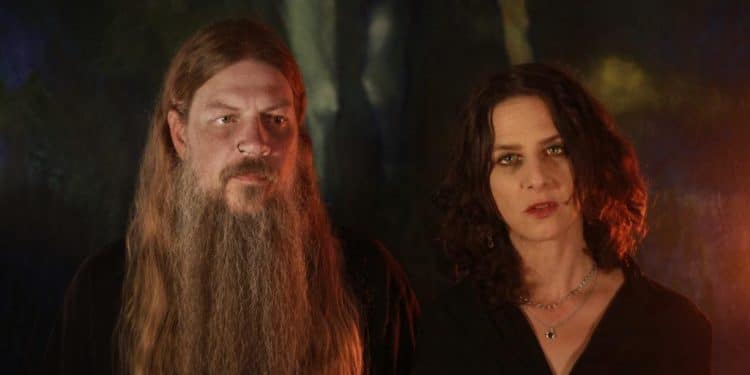 Elaborates Schechter, “I made this eight-minute DIY mini-doc film to mark the one-year birthdate of The Vanishing. This film briefly follows that story: Making the album, touring it, and all the steps in between…a lot of work. Blood and tears. Sleep was lost. Hands got dirty. After just a few days on the road, COVID came knocking and the whole thing fell to pieces. At the time, along with the rest of the world, we couldn’t know how significantly changed our lives were about to become. It’s been intense to recount those days and weeks. The past year, time has become very abstract. Sometimes it flies by; other times like it’s made of glue.

“At its heart,” she continues, “ The Vanishing is about impermanence. It is a deeply personal album in ways I can’t — and so, don’t try to — describe with words. I decided to make this short film to recount a story that is deeply rooted in the primal need to make art, and to communicate through it – no matter the personal cost or difficulty involved. I am not normally a filmmaker, but it somehow has brought me some peace to tell the story. We hope it brings you a bit of light, just as many of us are remembering March 2020, with bewilderment, as we transitioned to our new world order…exactly one year ago.”

View the making of Insect Ark Full-Length The Vanishing at THIS LOCATION.

Engineered by Colin Marston (Dysrhythmia, Krallice, Behold The Arctopus), The Vanishing serves as Insect Ark’s third and most harrowing record to date. The interplay between the bass, lap steel guitar, synths, and drums represent a strong and defiant collection of songs that demand your exclusive attention forcefully. It’s heavier, darker, and denser than anything INSECT ARK has ever done, without losing any of the writing characteristics that have become synonymous with their personality like the persistent coating of eerie psychedelia, the alien feel of their melodies, or the ominous dread they often innately exhale.

A New York City-based multi-instrumentalist known for her collaborations with Swans (for whom she is now part of the main touring lineup), Angels Of Light, Gnaw, Zeal & Ardor, Wrekmeister Harmonies, and Årabrot, as well as her own projects Bee And Flower and Gifthorse, Dana Schechter is now joined by former SubRosa drummer Andy Patterson, also known for his bands DØNE, the Otolith, INVADRS, and as owner/operator of Salt Lake City recording studio The Boar’s Nest. This partnership appears to have completely nailed the true essence of INSECT ARK . After a quick first meeting, within a period of two short months, Schechter and Patterson finished preparing all the new songs for The Vanishing , preceded by a full North American tour with Oranssi Pazuzu to get the new songs up to speed.

“This music lives in abandoned warehouses and burned-out tower blocks, all concrete angles and shattered panes of glass… they excel at creating a sense of suffocating claustrophobia by using post-rock and avant-metal structures…” — Decibel Magazine

“The Vanishing shows that records can still feel and music can be more than just some sounds put together. It’s very easy to disappear into it. Take the invitation to do so.” — Heavy Blog Is Heavy

“The Vanishing , with its attention to the ways in which the ebbs and flows of life can be suggested by the rise and fall of volume and power, offers a complex and carefully crafted narrative of experience that only gets richer with repeated listening and careful attention.” – Spectrum Culture

“…an extremely well crafted album… While the tracks that make up the first half of the album are well anchored in rich soil, those of the second half are more hovering. Halfway through, our feet leave the ground and we take off, even though the clouds around us are stormy. During the long title track that closes the album, we feel the storm raging below. The whole ends in a final explosion, then gives way to silence…” – Pamn360

“…a six-track journey that, if you’re willing to submit to their creative path, will take you on a mental excursion that will fuck you up at times, leave you breathlessly enthralled at others…” — Meat Mead Metal

“If John Carpenter shook hands with the drone musical elite, and they subsequently tumbled into the event horizon and emerged eons later as one great hulking deity, this might well be the resulting sound. Don’t attempt to understand it, Just take the ride!” — Everything is Noise

“Whether you connect the band’s music to literature or film doesn’t really matter. It is a fact, however, that the music tells stories, stories without words. But they are not happy stories; they are not stories for the faint of heart. Disturbances and dangers lurk everywhere.” — Ave Noctum