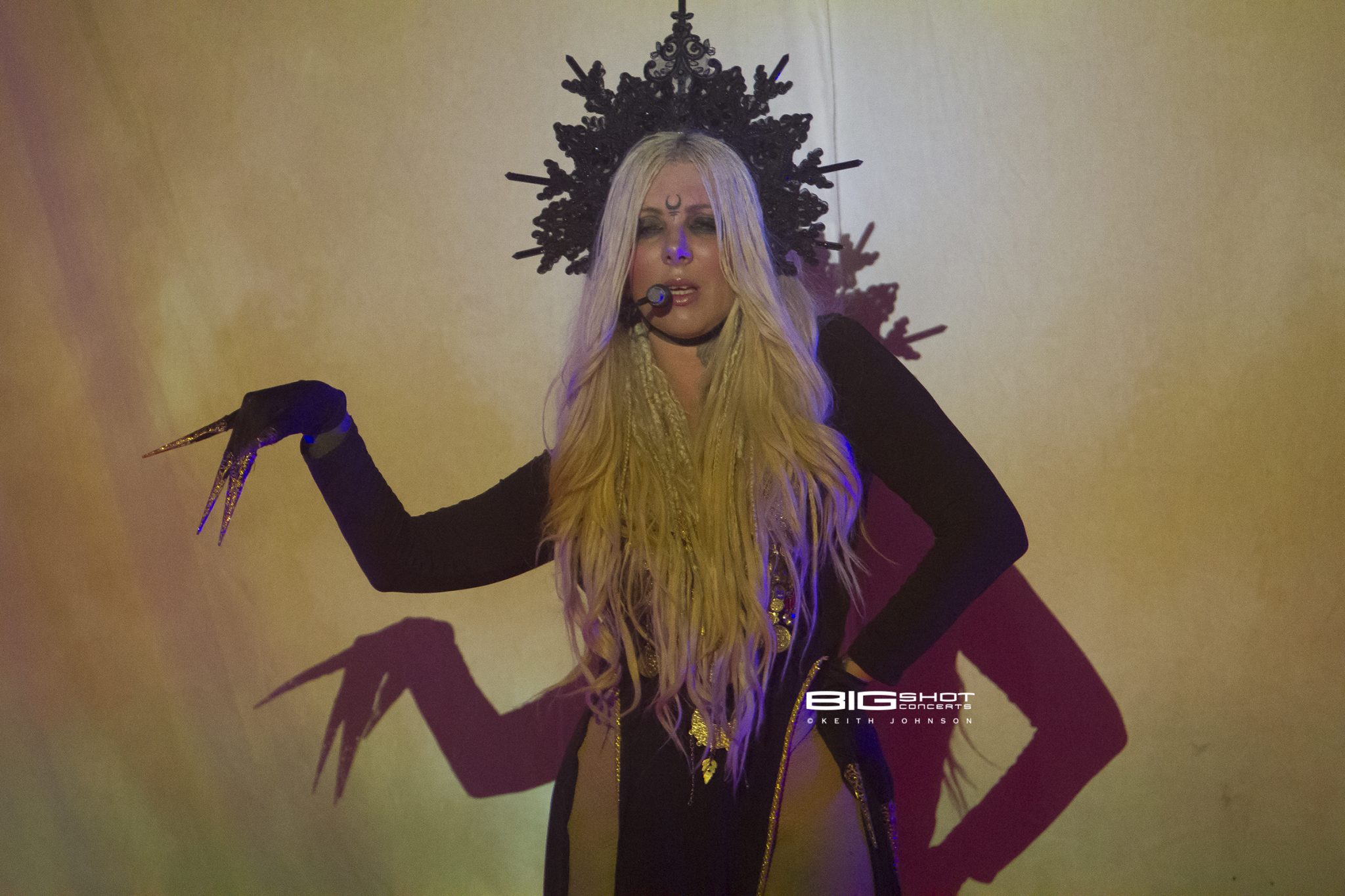 Throngs from the Blood Legion flowed into Revolution Live to join In This Moment during The Witching Hour on January 26, 2018.

The stage show at an In This Moment is an over-the-top production. Maria is never just satisfied singing the songs her fans came to hear. So, she always performs her concerts around a theatrical performance. Frequent wardrobe changes added to the visual appeal and intensity of the songs.

Maria’s costumes elaborate headdresses and masks along with magnificent robes and shiny, shimmering bodysuits. Whether she was bathed in colorful hues or surrounded by billowing smoke, the mood created always complemented the songs being performed.

During the middle of the set, Maria Brink gave a shout out to the musicians behind the instruments. They were” Chris Howorth, lead guitar player and founding member of In This Moment; guitar riff master Randy Weitzel; bassist and faceless freak Travis Johnson; and hard-hitting timekeeper Kent Diimmel on drums.

After the introductions, the guys started to jam. They played a medley of snippets from rock’s legendary bands. The tunes covered gave each member of the band a chance to show off his skills.

Projections put Maria Brink in the shadows of thick, eerie forests. They covered her with speckled spots of colorful lights. And put her in a fiery abyss engulfed the waves of her flowing costume.

Maria Brink ended the concert sitting in the center of the stage wearing a dunce cap. On it, was emblazoned the word Whore. Her isolation worked in perfect harmony with the fans who sang along with passion to the encore they called for. And that moment reflected what In This Moment loves to do: evoke emotion.

In This Moment Setlist

Kick-ass emerging rock group Ded got the evening started with a lively set. Social networking sensations New Year’s Day followed with tunes from their latest album Diary of Creep. Payable On Death, better known as P.O.D., provided direct support and energized the fans with a killer performance that included “Boom,” “Alive” and “Youth of a Nation.”

In This Moment Concert Photos 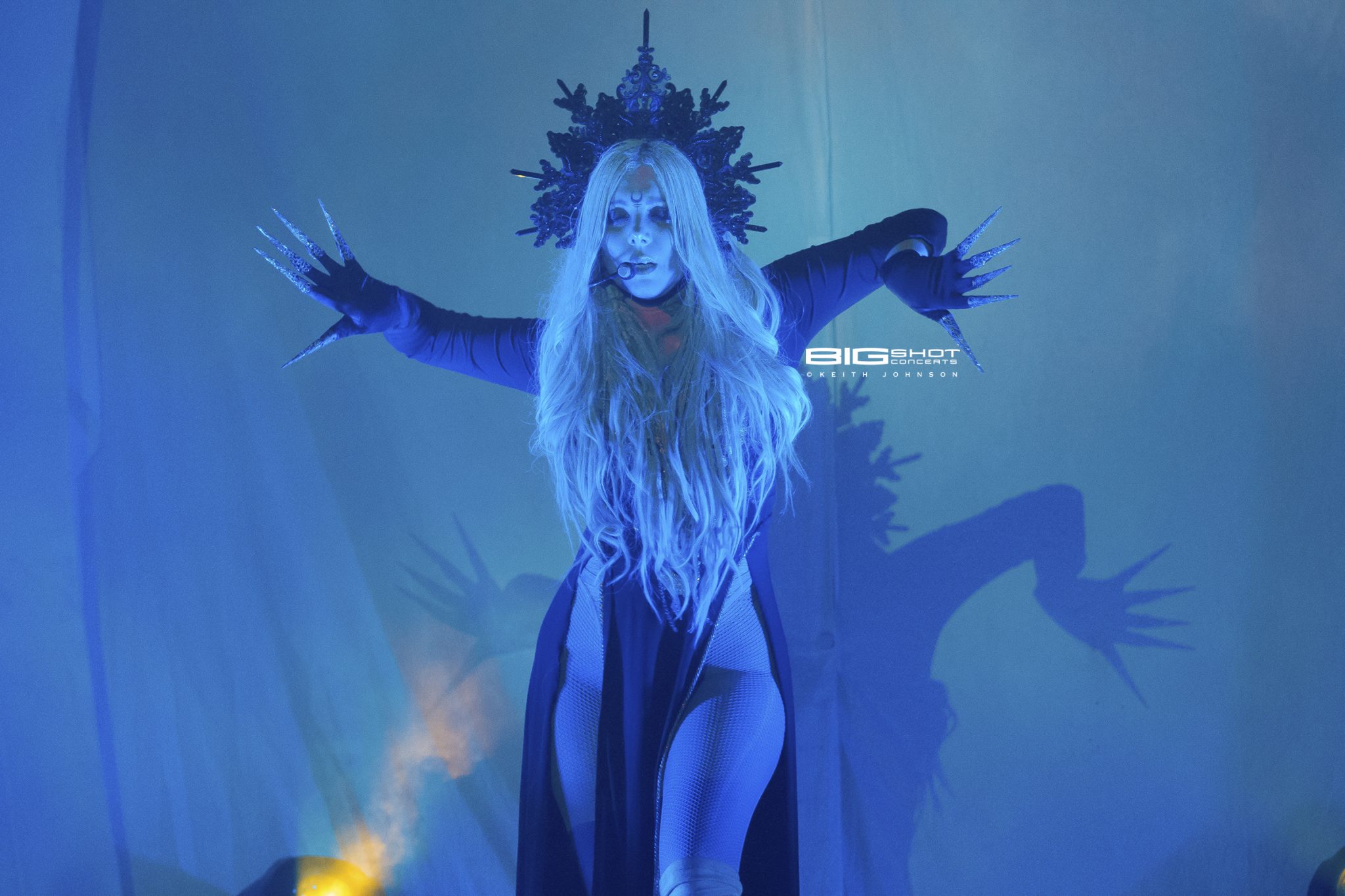 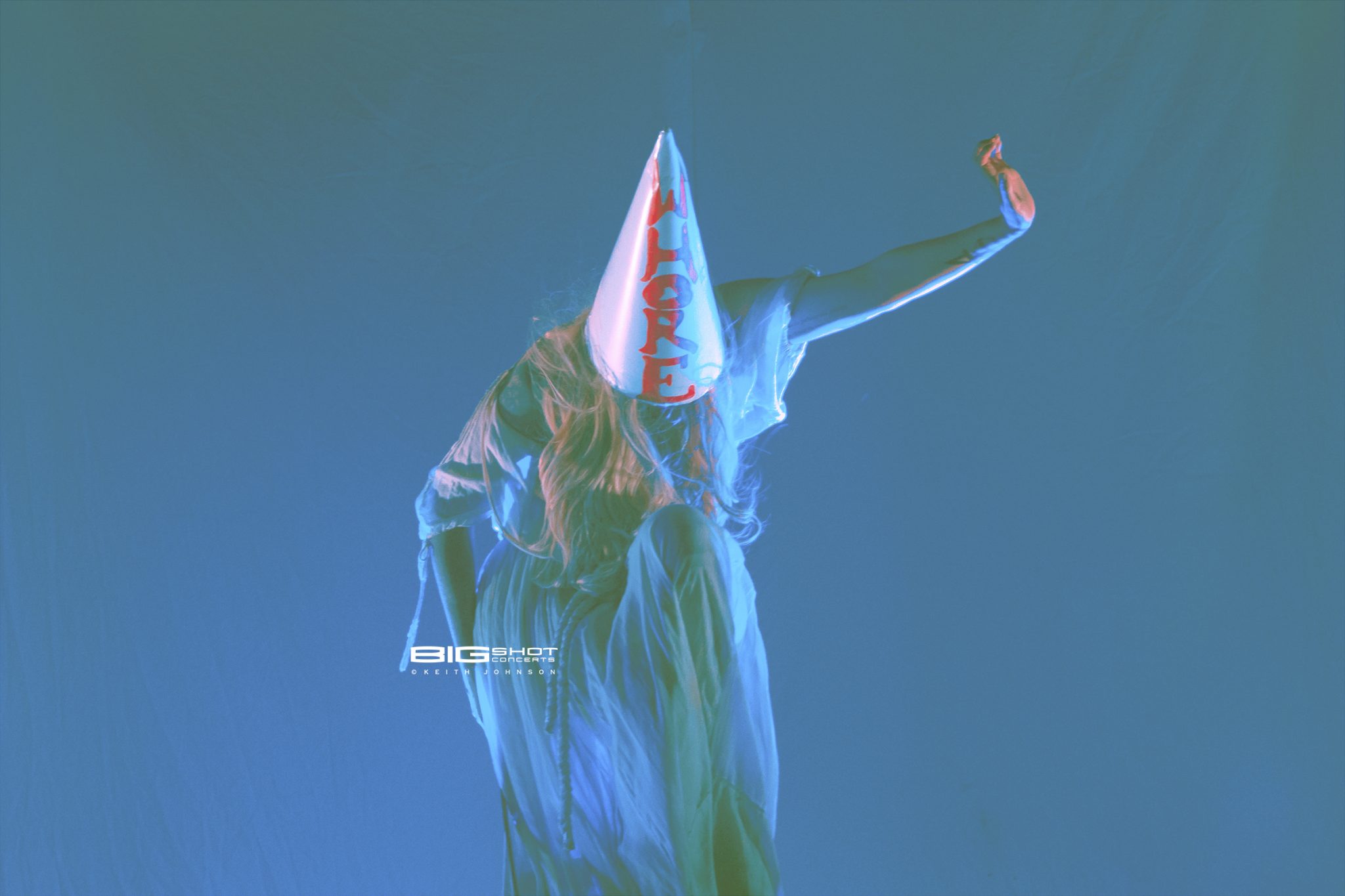 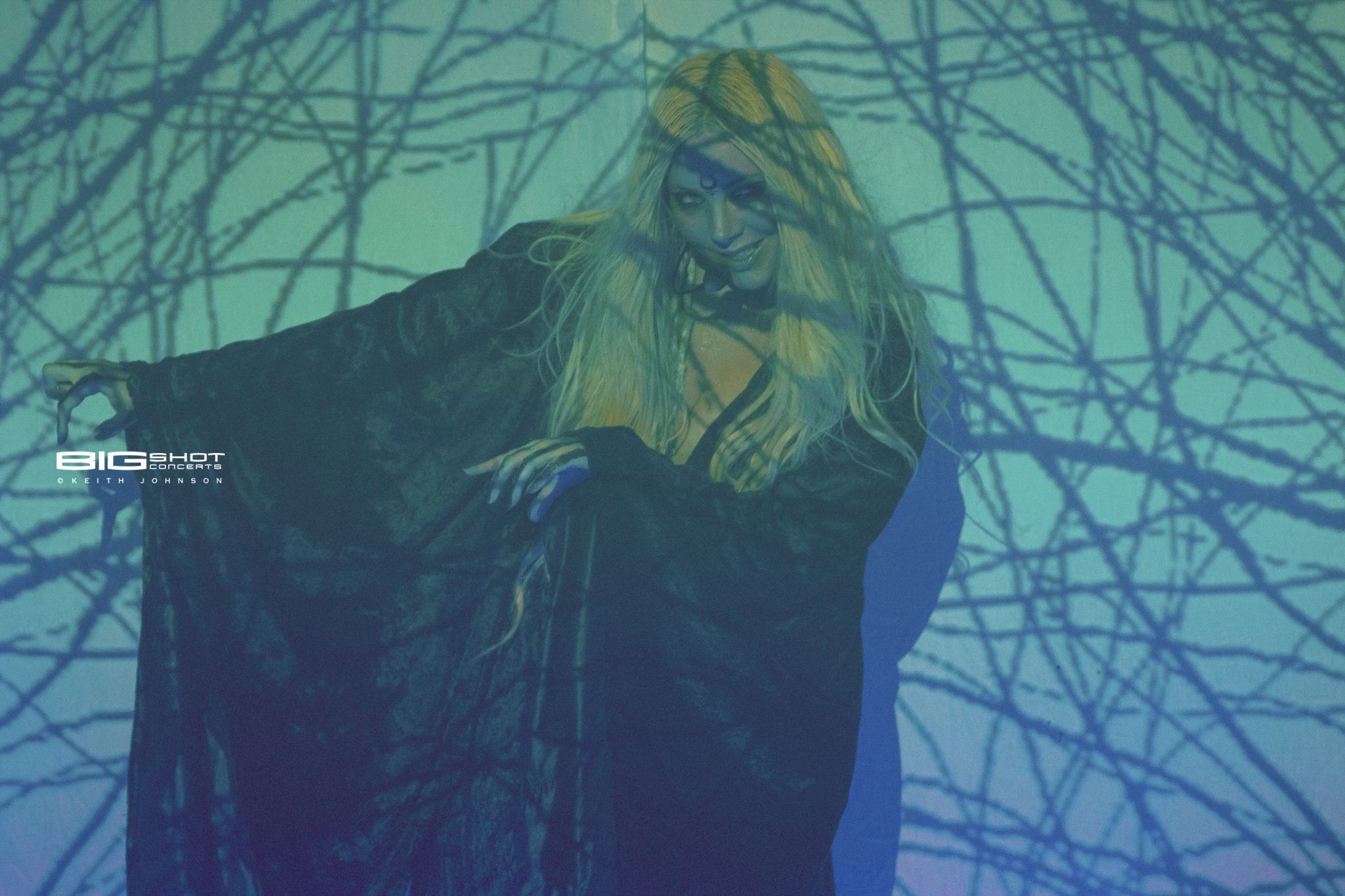 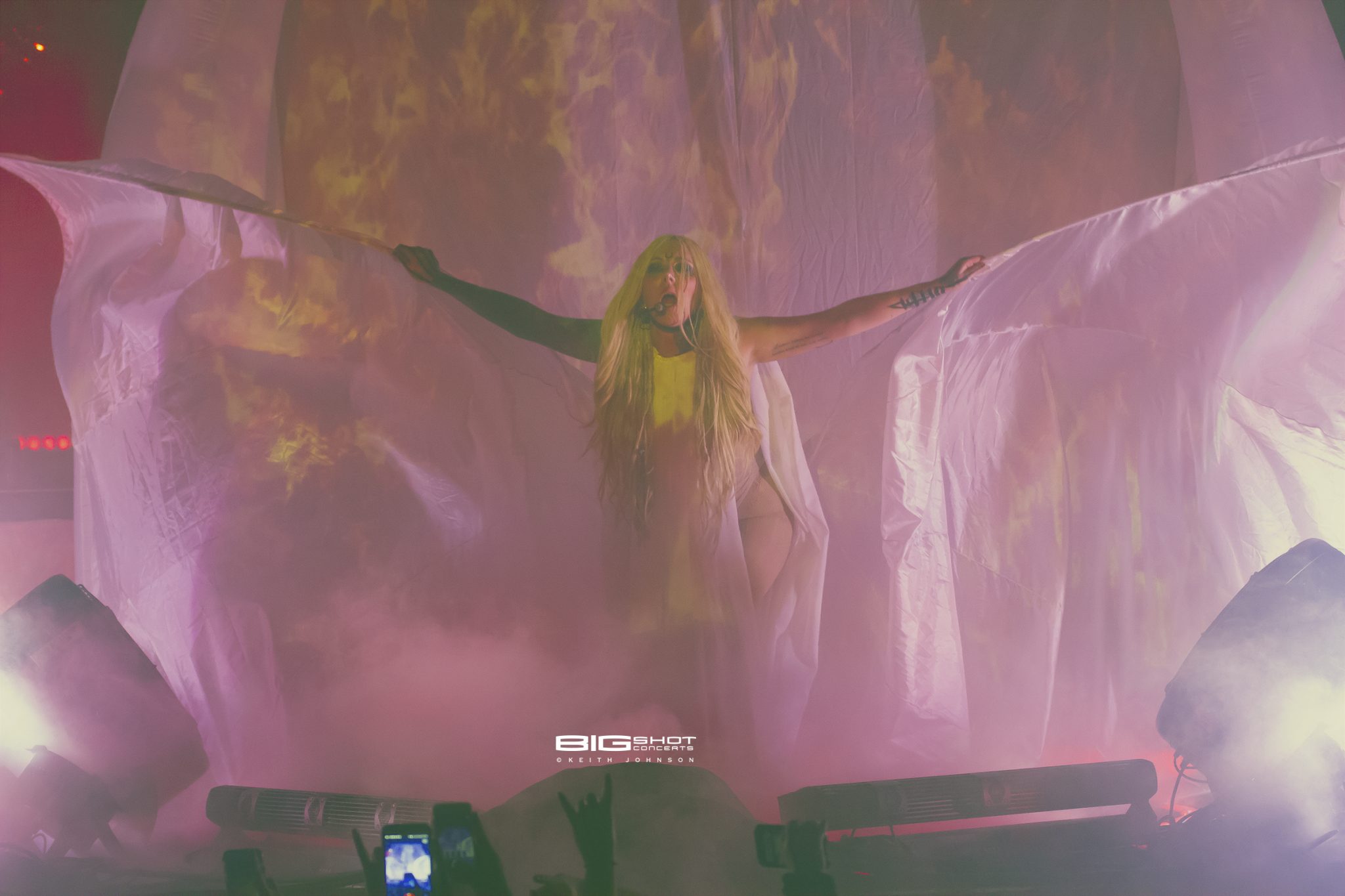 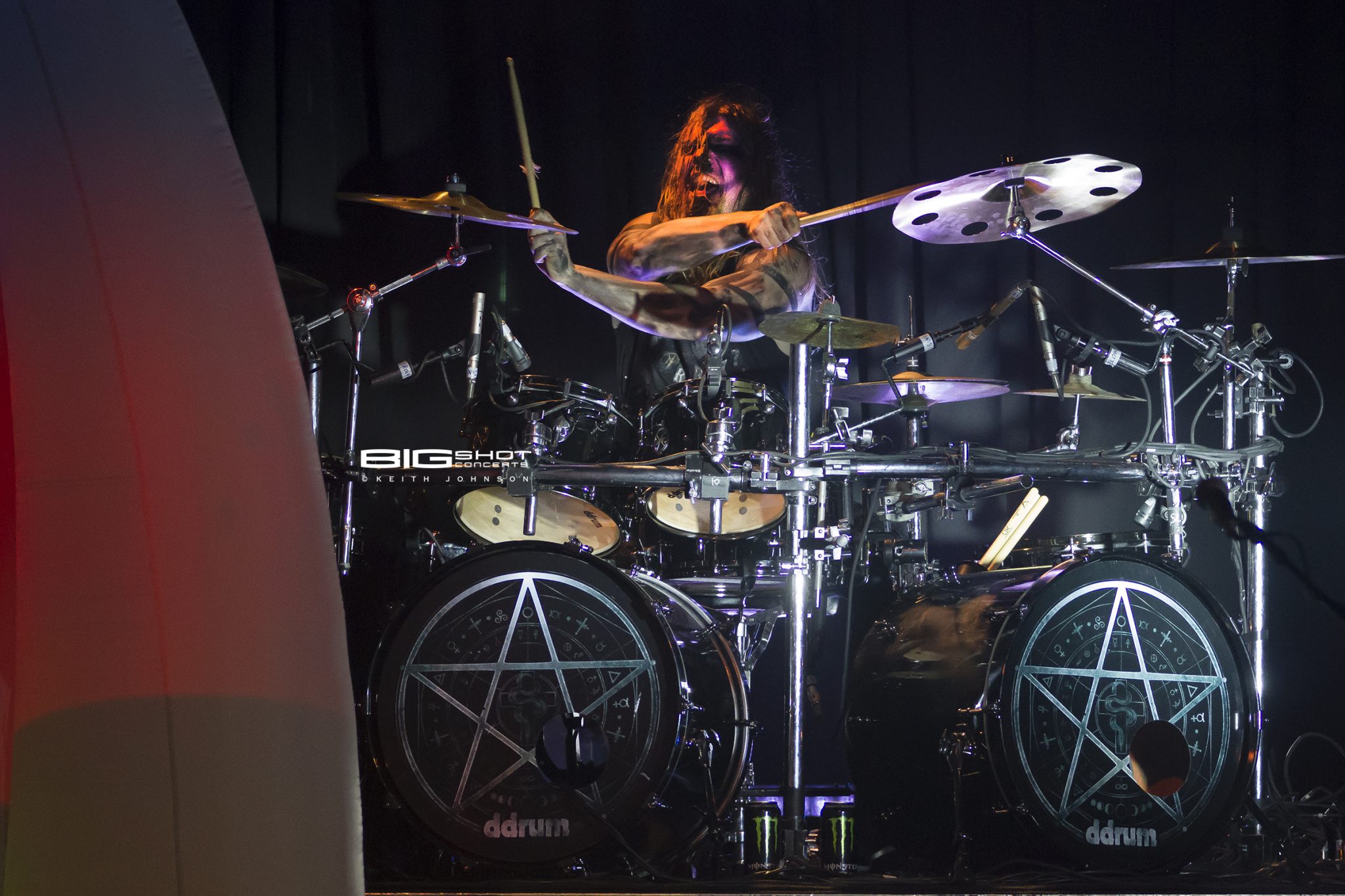 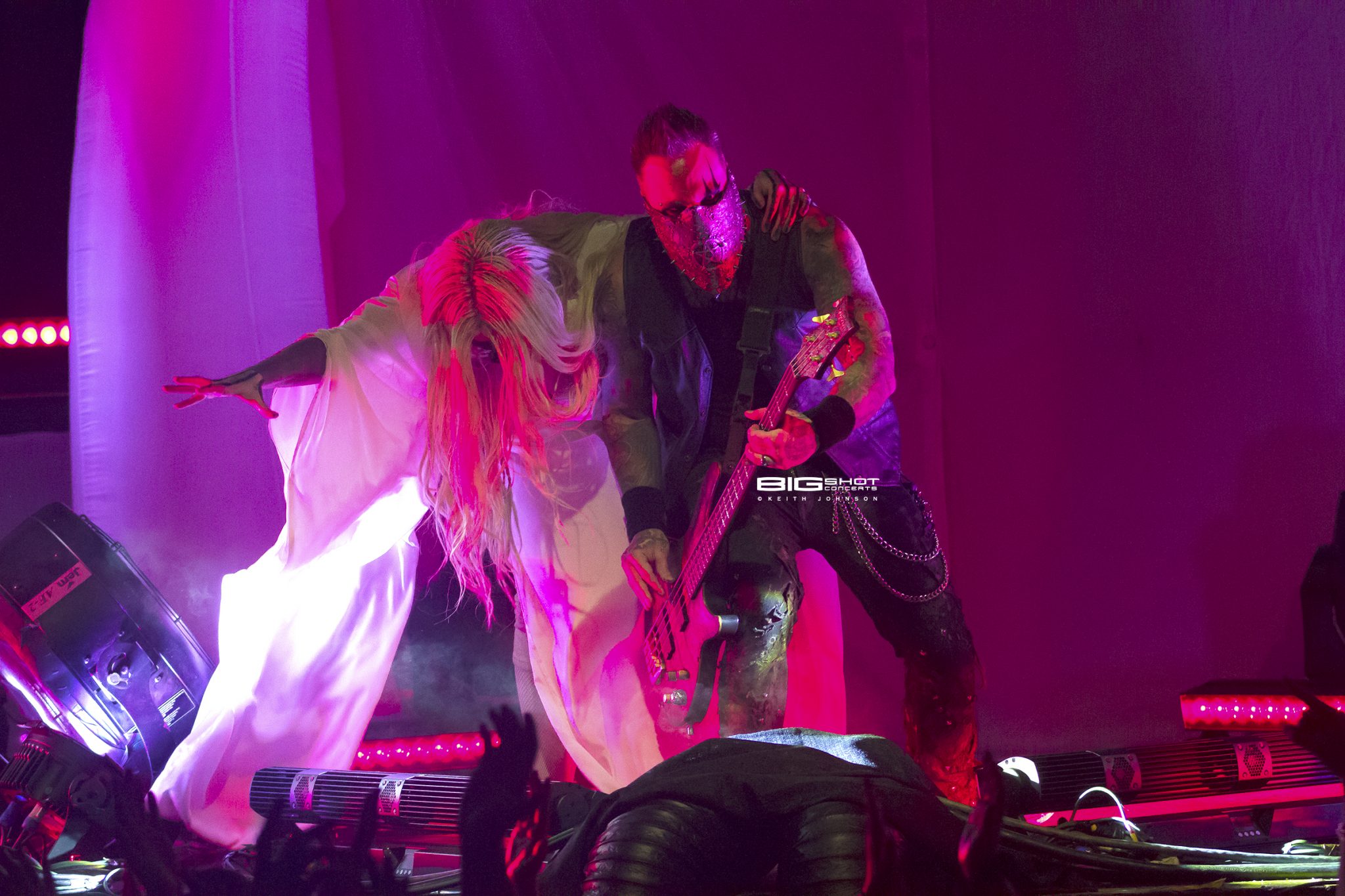 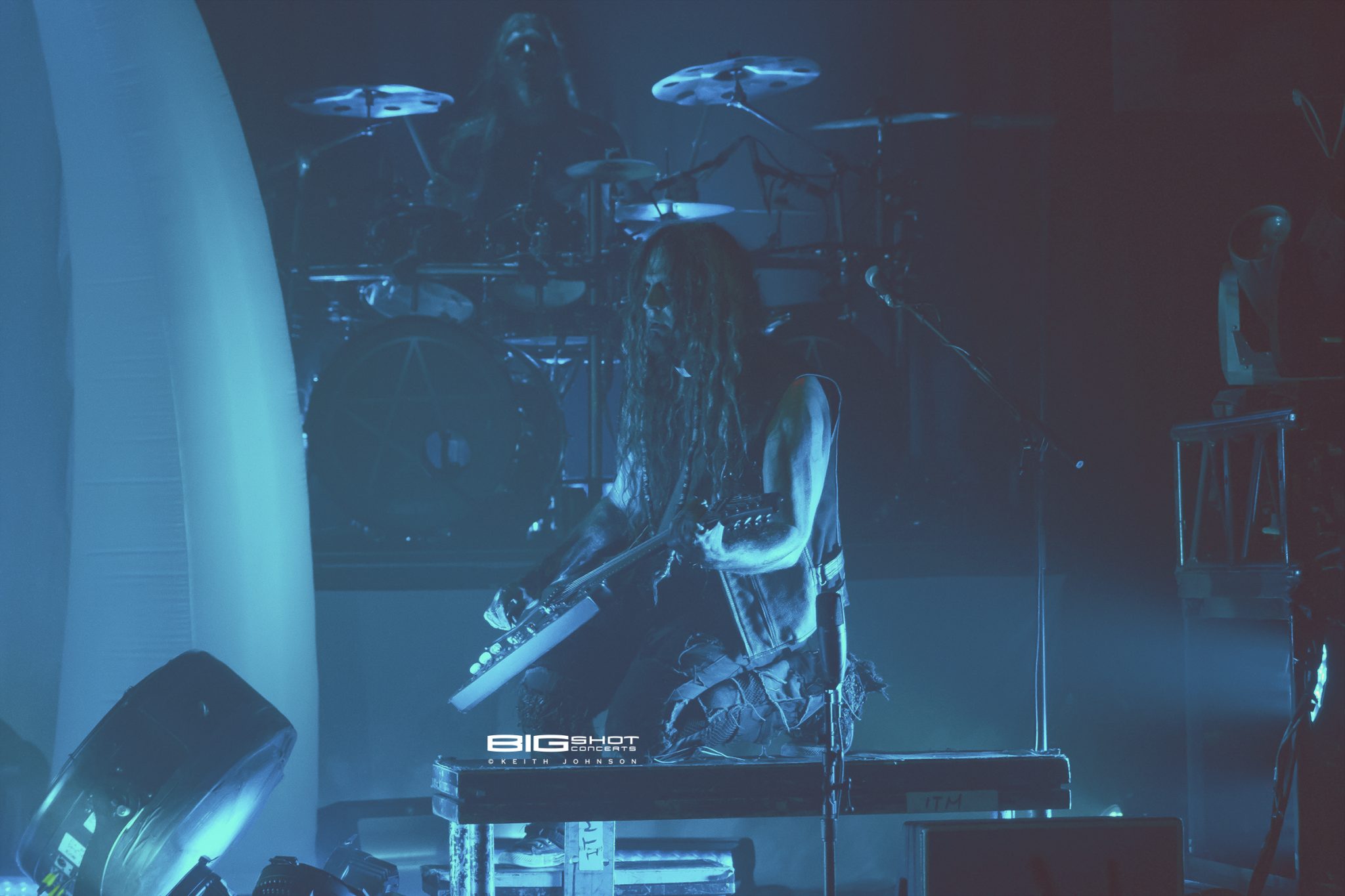 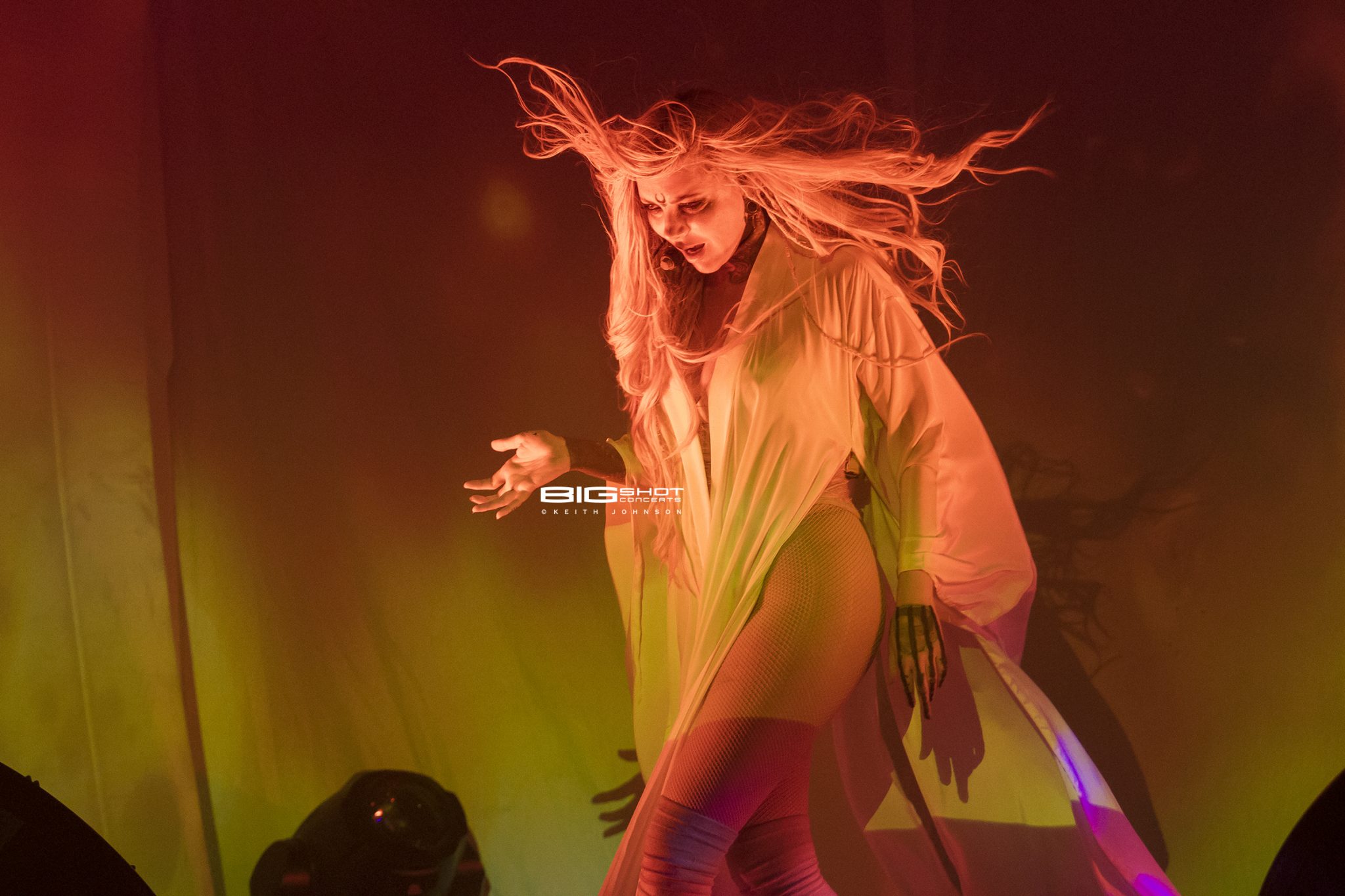 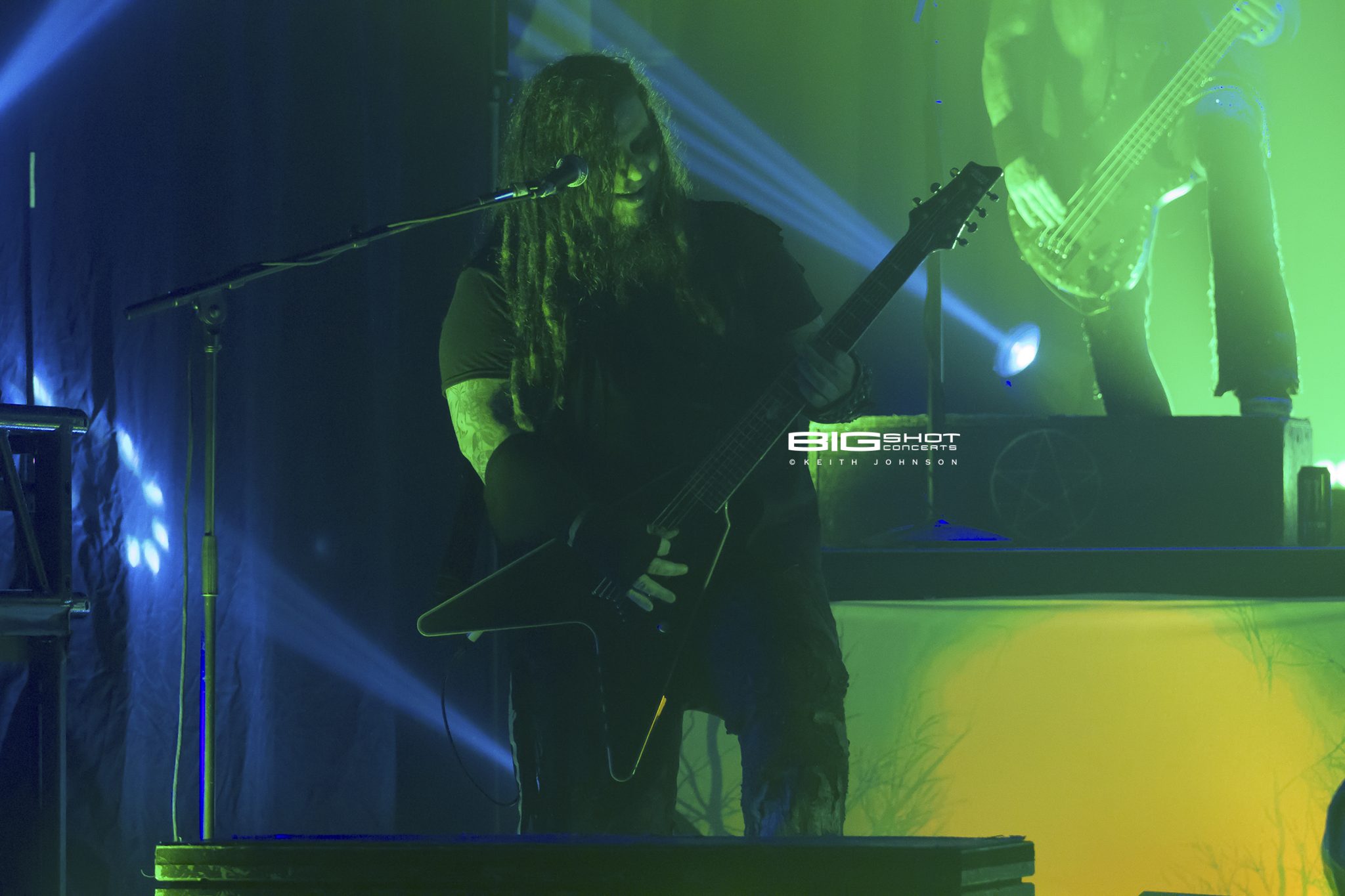 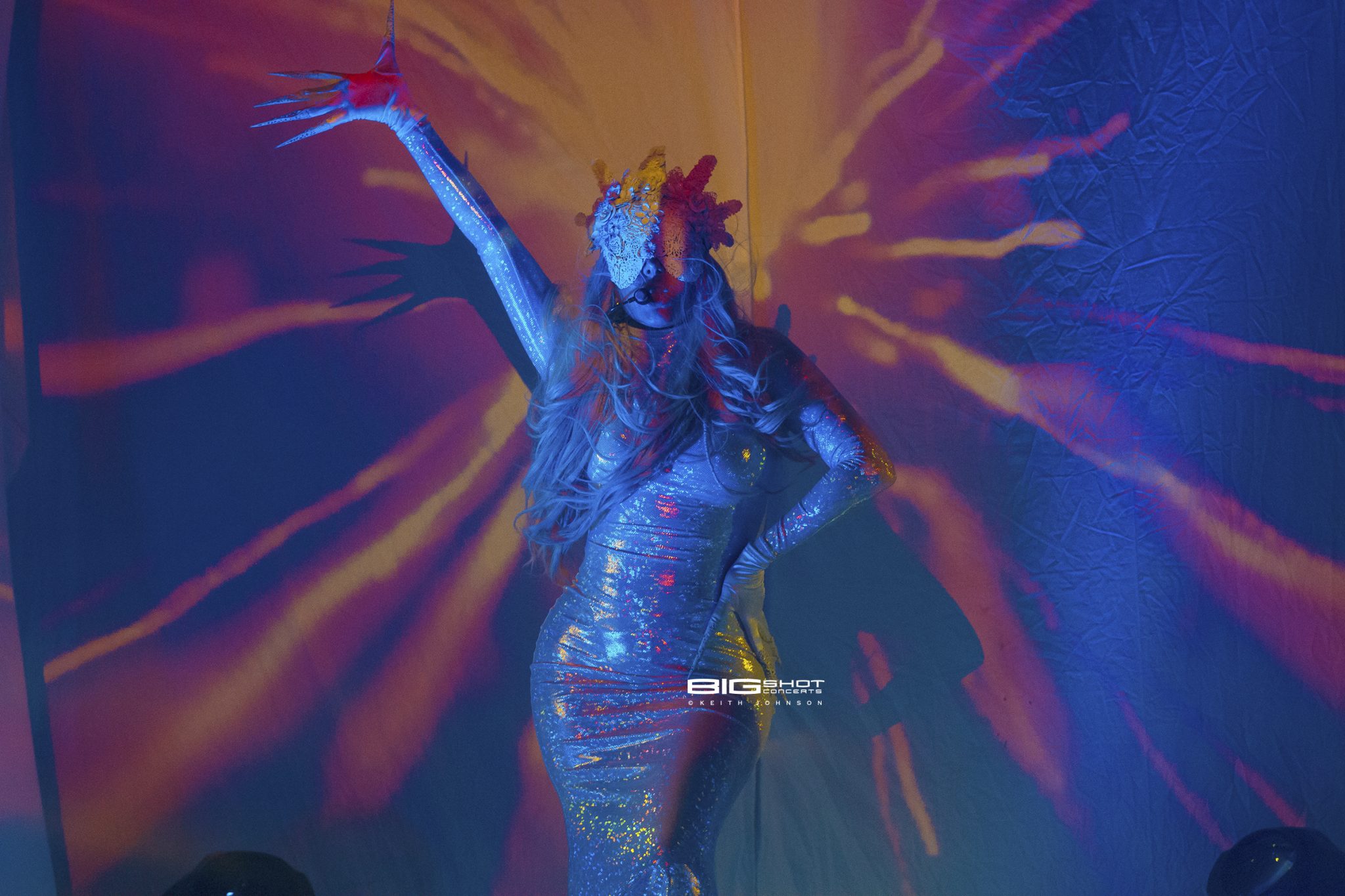 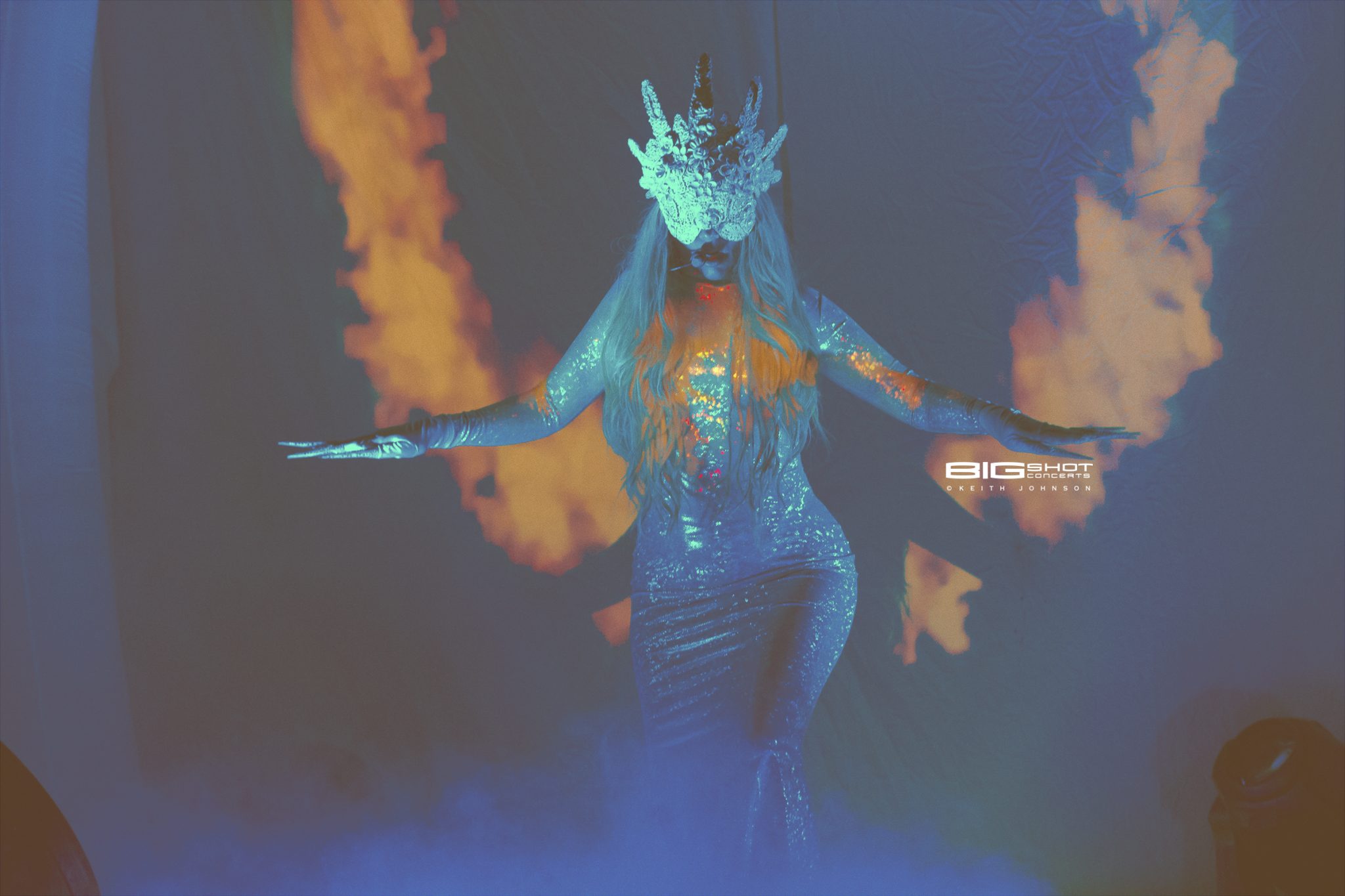 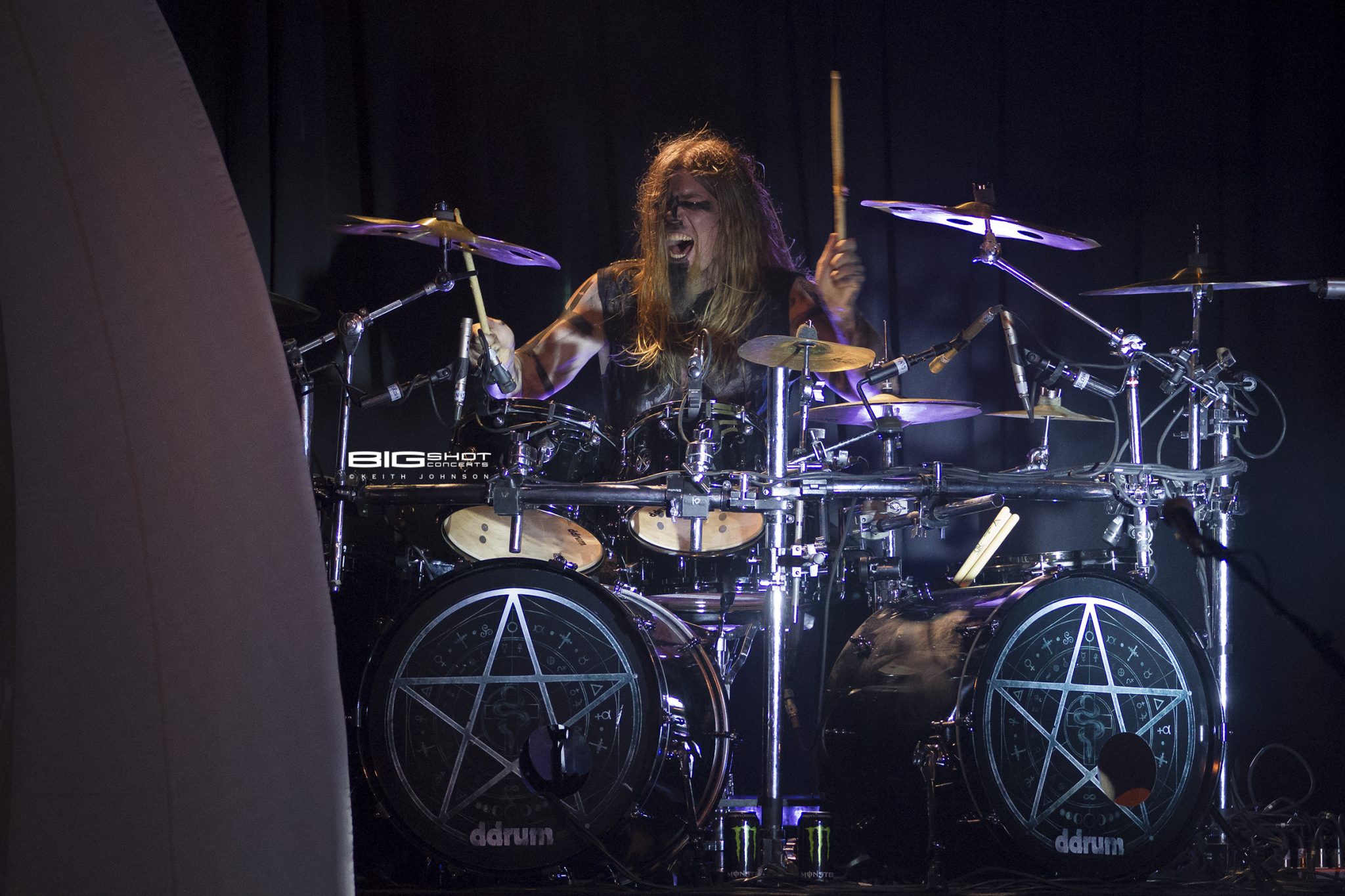 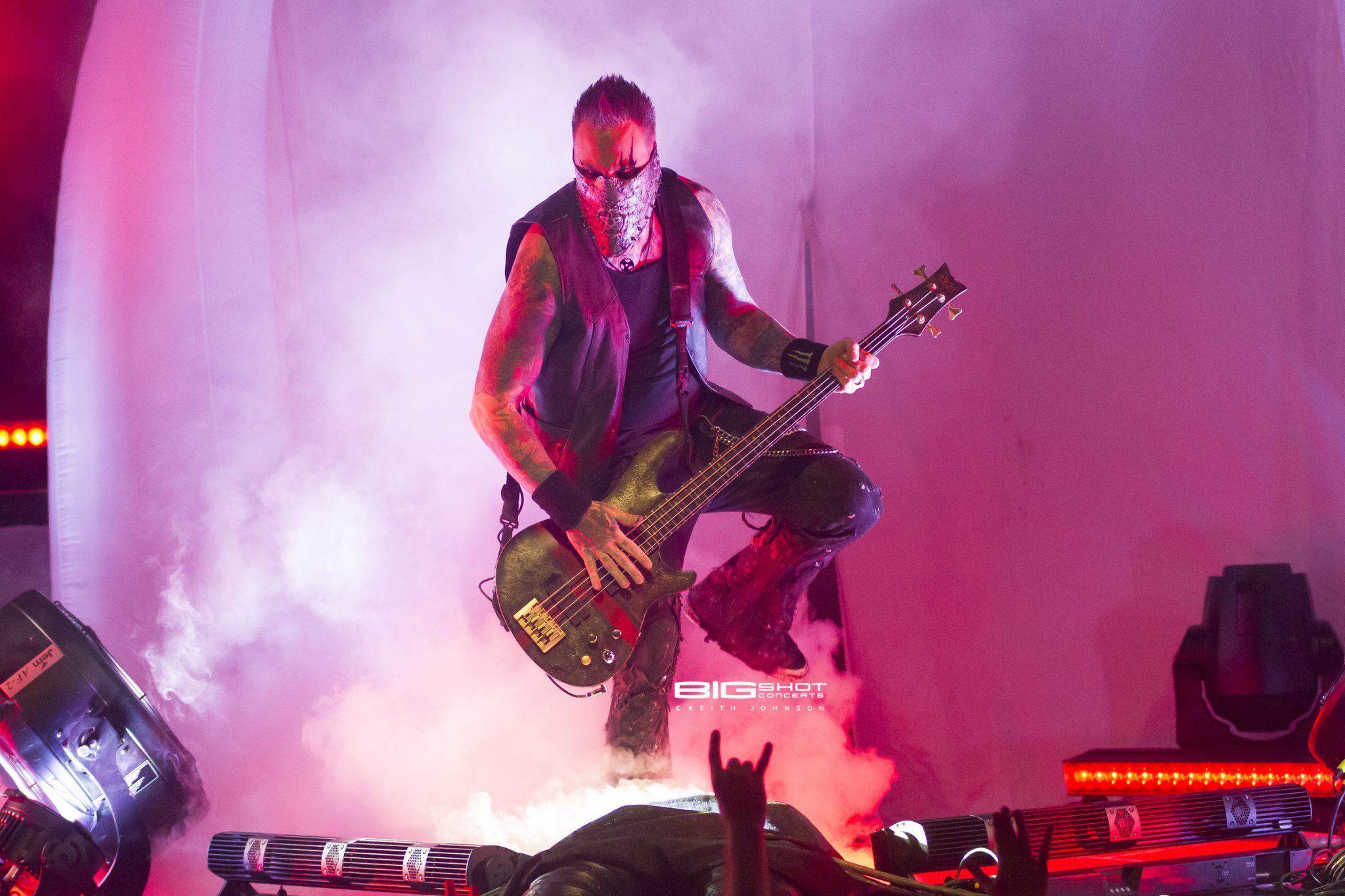 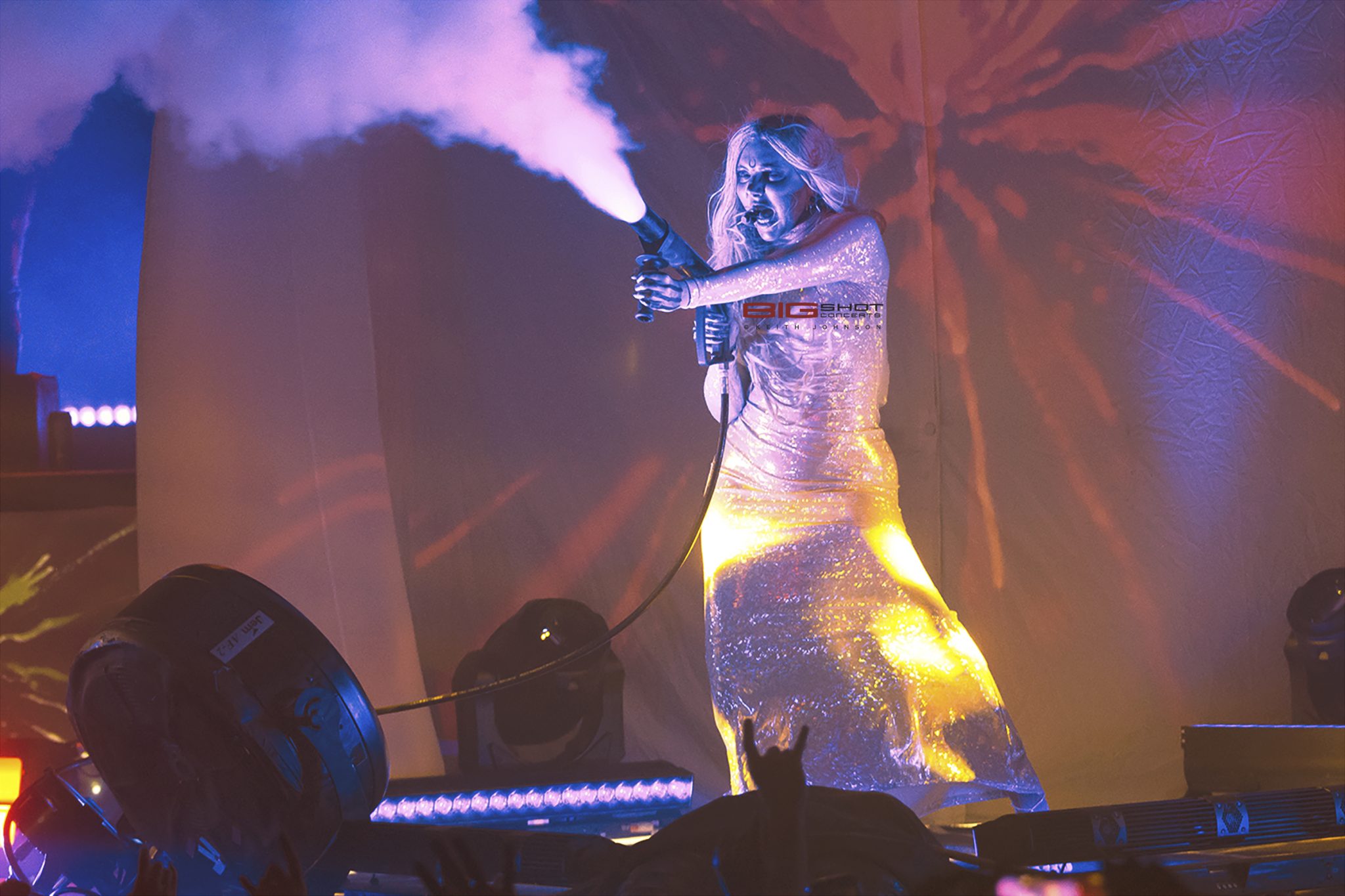 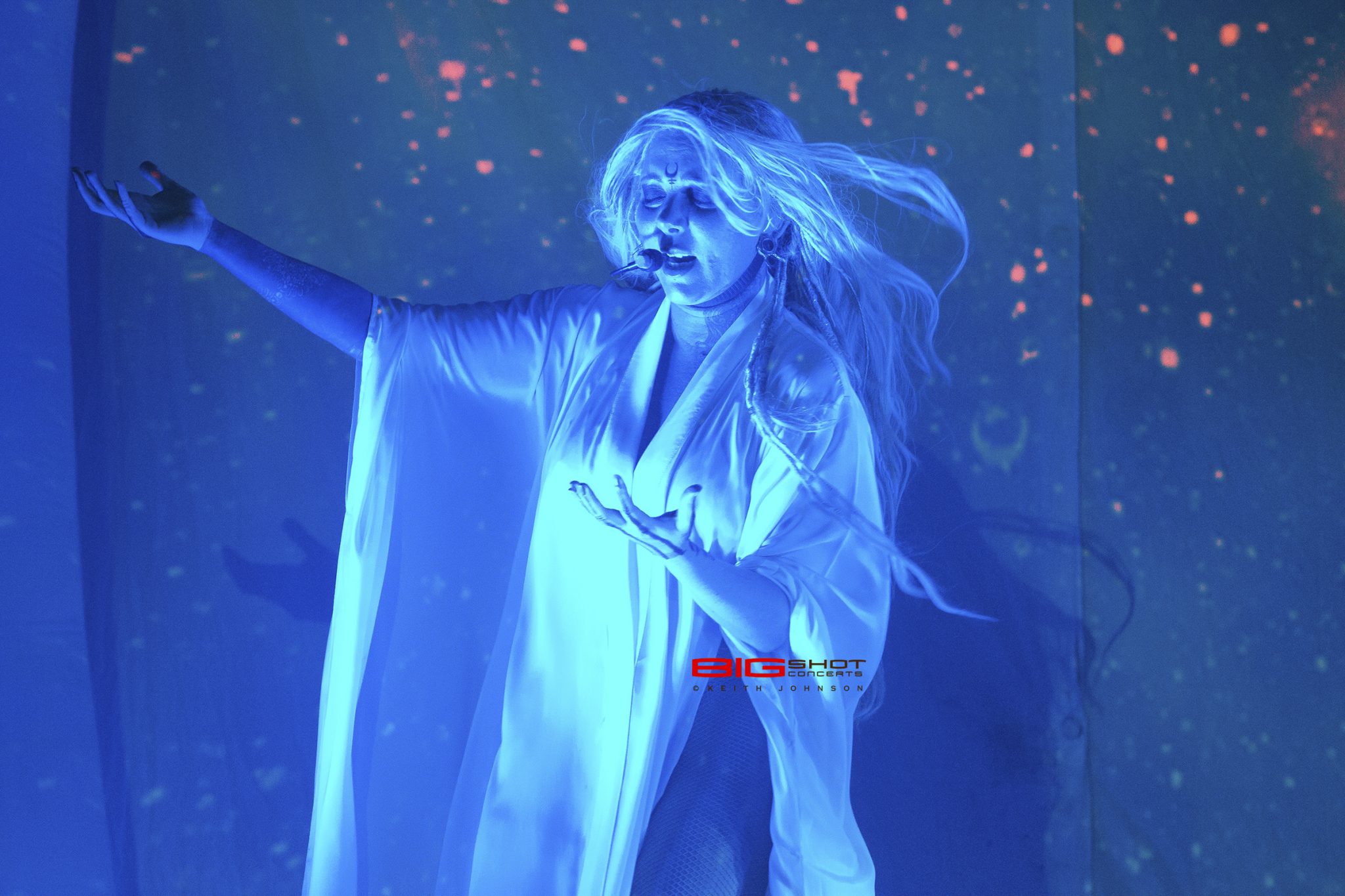 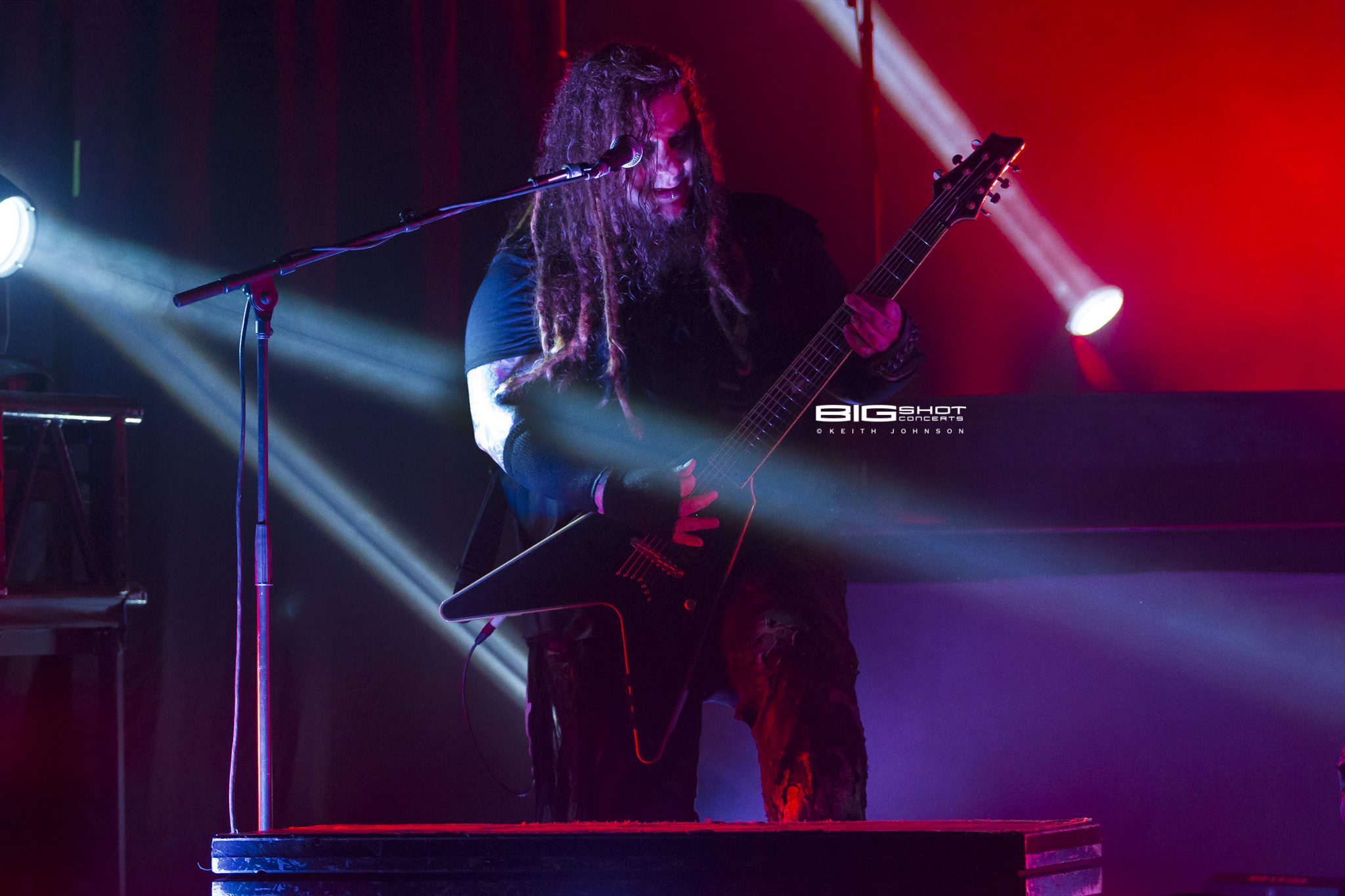