Now available on all streaming platforms, guitarist Anthony Paganelli comments of the track, “During our Fever Dream recording sessions, we decided to record a few cover songs. Alice Cooper’s ‘School’s Out’ being one of them. We all love ’70s rock and it’s a big influence in our songs and songwriting. ‘School’s Out’ is a bad ass song and that main riff is so catchy and super fun to play. We jammed on it a few times and decided to record it. The other cool thing about recording this song is that we all did vocals on it. All four of us sang. I even had my kids do the yelling part at the end. They thought it was cool to go in the studio and yell into a microphone a few times. But then again, who doesn’t.”

View the band’s previously released videos for “Margaritadelphia” (featuring a guest appearance by Deftones’ Abe Cunningham) and “Matt Lauer’s Secret Button” from their Fever Dream full-length at THIS LOCATION.

Fittingly titled, HORSENECK’s eleven-track Fever Dream shifts seamlessly from spatial distortion, to specific detail, trying to navigate a nightmare of an existence with the grace of a butcher knife. Fever Dream is driven by the darkness and uncertainty of the world. You can hear it in its melodies, lyrics, and unorthodox use of horns and keys all throbbing under the weight of its own sonic psychosis.

Engineered by the band’s own Lance Jackman at The Dock in Sacramento and mixed and mastered by Eric Stenman (Will Haven, Far, Weezer) at The Appliantz Shop in Encino, the record includes guest vocals from Grammy nominated rock ‘n’ roll pioneer Gary U.S. Bonds and indie rock/folk hero Jules Bee (Baenziger) from Sea Of Bees.

Fever Dream is out now on vinyl and digital formats. For orders, visit the HORSENECK Bandcamp page where the record can be streamed in full. 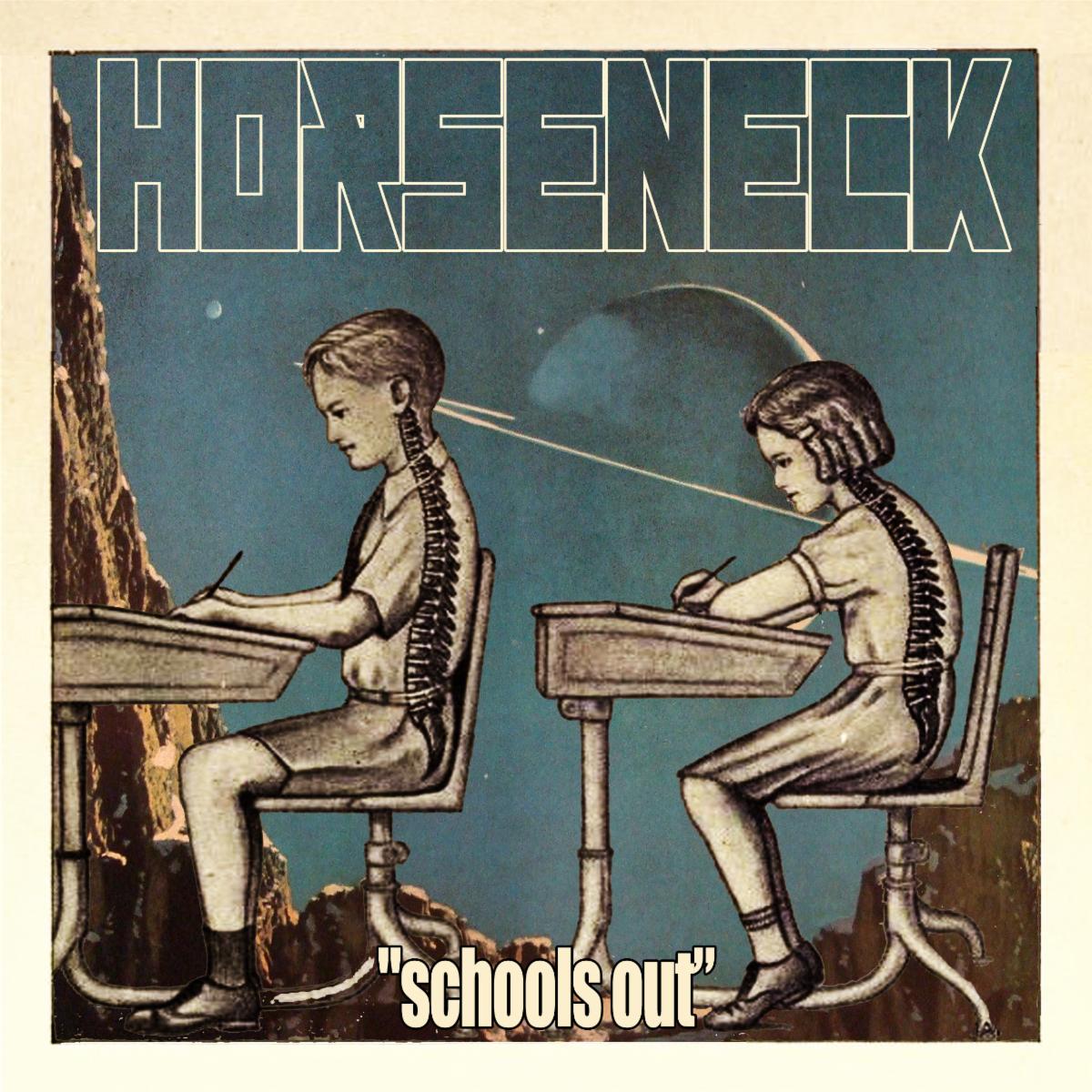 Featuring former Will Have guitarists Anthony Paganelli and Lance Jackman, current Chelsea Wolfe drummer Jess Gowrie, and bassist Lennon Hudson, HORSENECK released their critically lauded debut length album, Heavy Trip, in February of 2017. At once heavy, pummeling, psychedelic, and introspective, the record drew comparisons to the likes of The Melvins, Queens Of The Stone Age, and Red Fang. On their latest output, Fever Dream, HORSENECK has taken their songcraft to a far deeper, darker level. Incorporating a more democratic approach to the songwriting process, all four members contributed to the music and lyrics. The band spent over a year writing and refining songs until the finished product was something somber, heavy, and experimental.