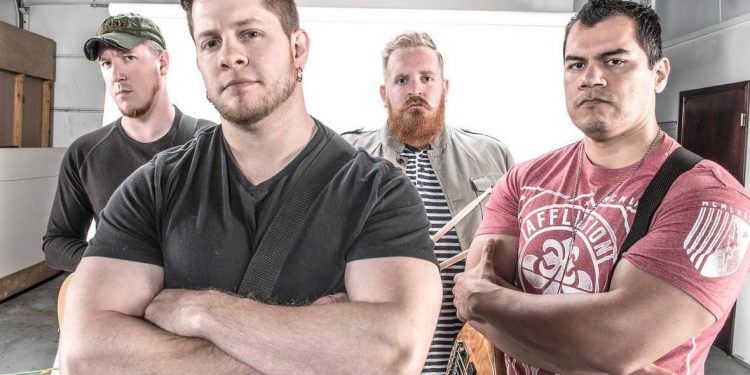 As a follow-up to their 2020 single “Where We Found Hope,” the Houston TX based rock band Hindsight have now released a new high energy singled titled “Rhythm of Fate” that is now available on all streaming platforms. Much like their earlier single release, this song also features a nod to some of the industrial and electronic music acts of the 90s and early 00s (NIN, Stabbing Westward, Gravity Kills, The Hunger) while still maintaining its guitar and bass driven roots. This track will also appear of their upcoming 2021 EP release titled Catalyst. This song will be the first of several tracks that the band will be releasing in the coming months as the band gears up for their summer and fall concert schedule.

Conceptually, the song involves dealing with the bitterness of those who are unable to deal with the success of others around them who they claim to care about while at the same time not coming to terms with their own fears that have prevented them from succeeding themselves. In general, the band feels that this is a common occurrence in many areas of society but in particular, it is one that plagues music and the arts in general.

Sonically, the band wanted to explore a song driven primarily by the rhythm section (drum and bass) with the guitars providing powerful support during chorus and breakdown sections of the song. The song also involved various electronic loops and sequencers throughout. Lastly, this track featured several electronic synth sections played by David Hitchcock, a longtime friend and once member of the group.