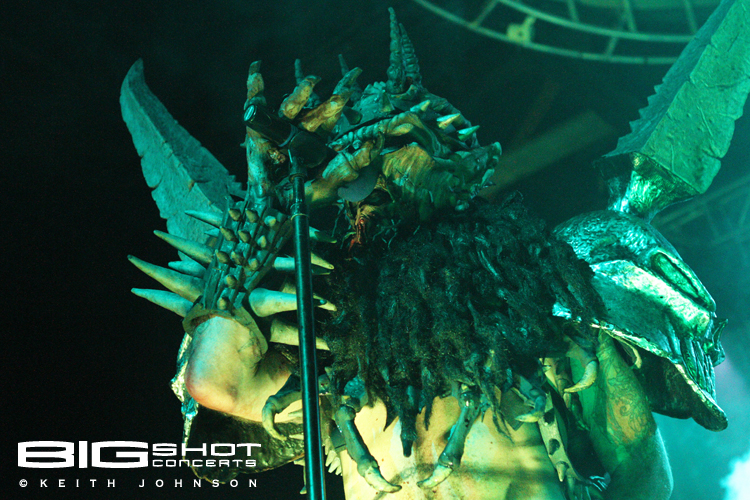 Intergalactic shock rockers GWAR landed in Ft. Lauderdale and set off a cosmic boom of gory insanity that enslaved all the Bohabs at Revolution Live. Scumdog vocalist Oderus Urungus was in an especially vile mood and wasted no time offending sensibilities while proudly proclaiming his disdain for the political leaders in Washington, D.C. Flanked by blood-spewing gargoyles and mutant bandmates, Oderus Urungus used his gravely voice and commanding stage presence to lead an all-out rock -n- roll assault straight into the Madness at the Core of Time.

Like all GWAR concerts, this show featured shredding guitars from Balsac the Jaws of Death and Pustulus Maximus, Beefcake the Mighty’s heart-stopping bass thumps, uncontrollably precise drum beats courtesy of Jizmak Da Gusha and way, way out-of-this-world theatrics. GWAR’s slaves eagerly rounded up victims who would eventually meet a humorously horrific fate. Sacrifices for this night included royalty from England and a Canadian pop-star punk. The Death Pods in the mosh pit roared with approval as the Queen Mother got groped into a titillating expulsion of red blood from her ancient blue blood body. As for Justin Bieber, there were definitely no women in the crowd who wanted him to be their boyfriend — though most did believe he deserved his violent disembowelment.

Despite the continuous carnage and foulness, there was one brief moment of compassion in the apocalyptic show. That being when GWAR remembered their fallen battle brother Flattus Maximus (Cory Smoot) before performing the song “Fly Now.” The rest of the night was a bloody mess. And if you come to see GWAR expecting anything less, you were at the wrong concert. 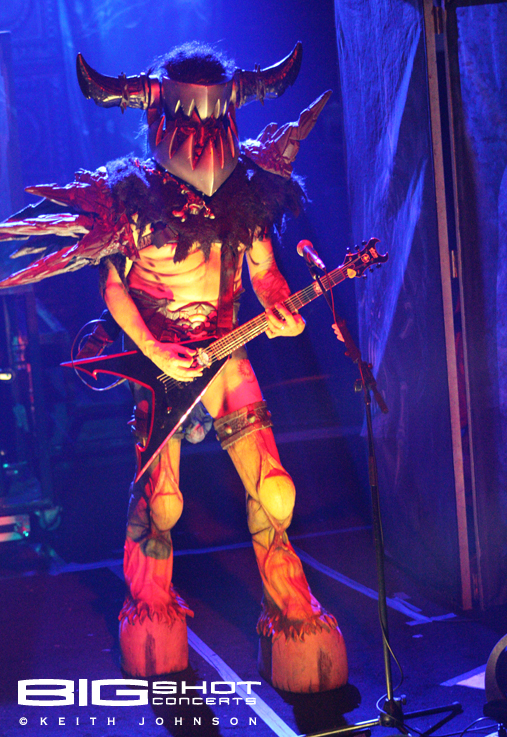 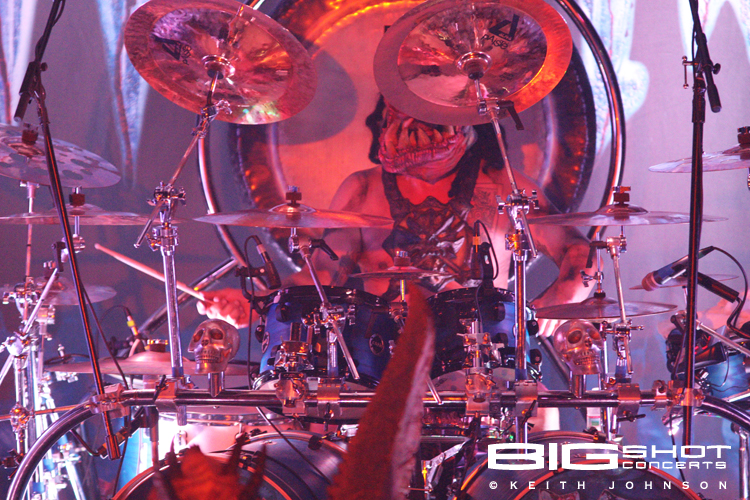 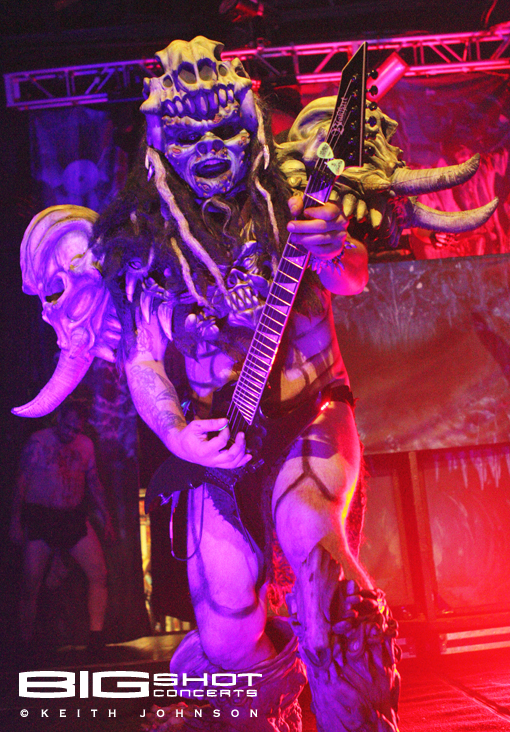 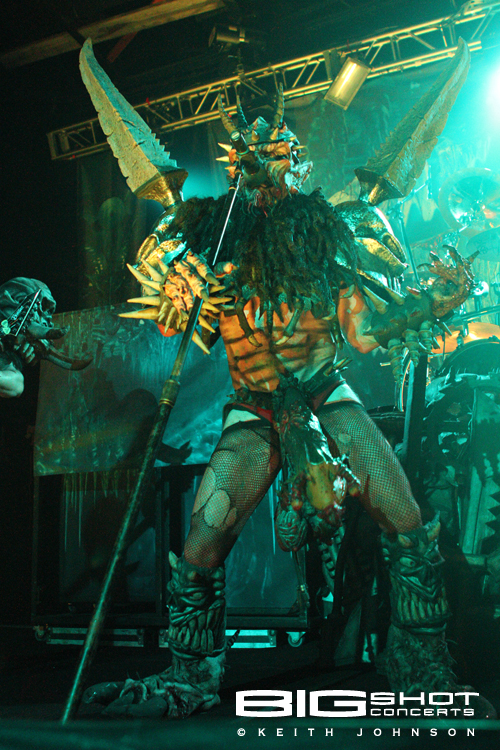 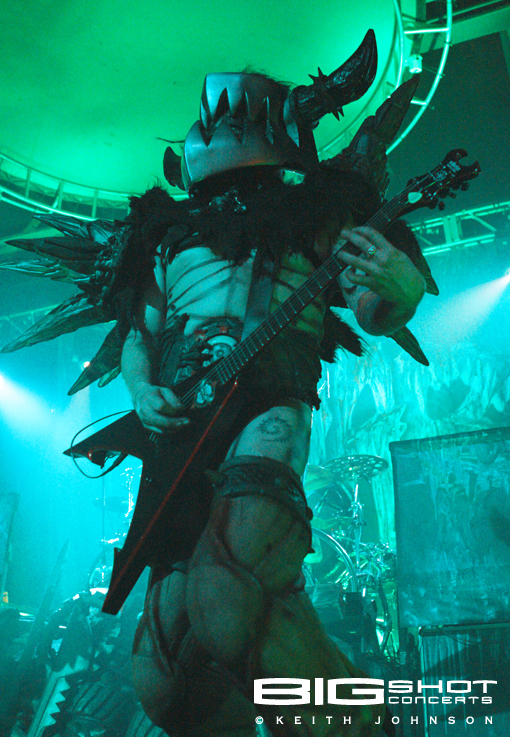 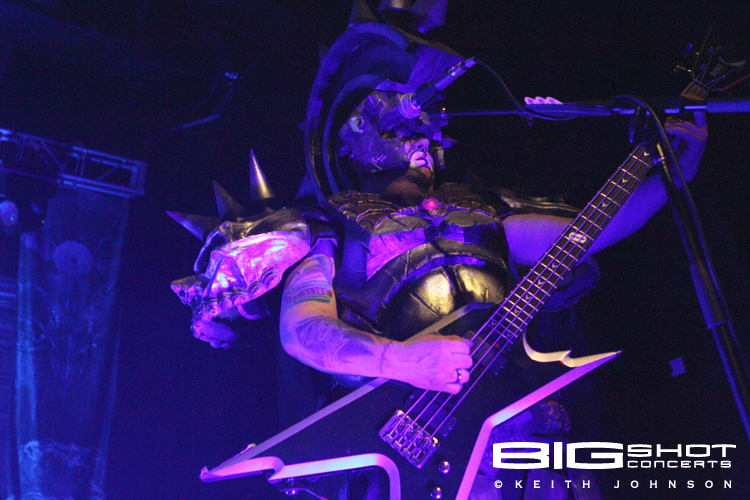 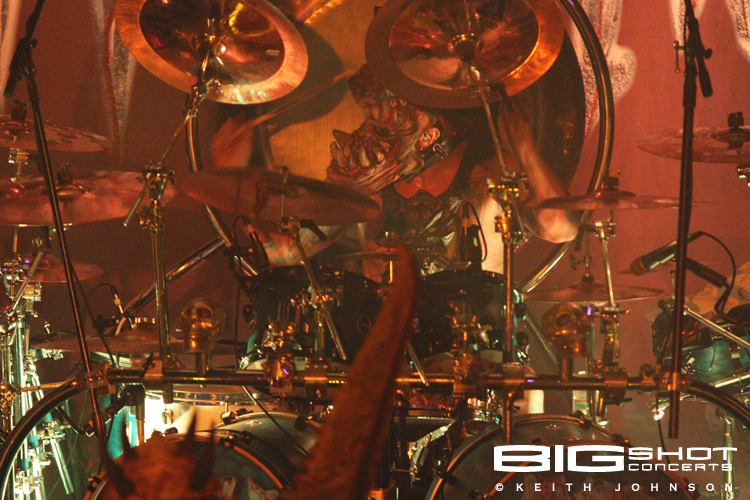 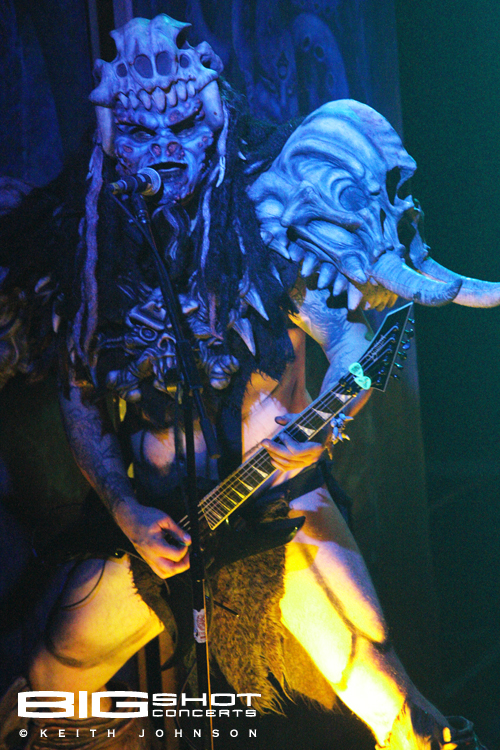 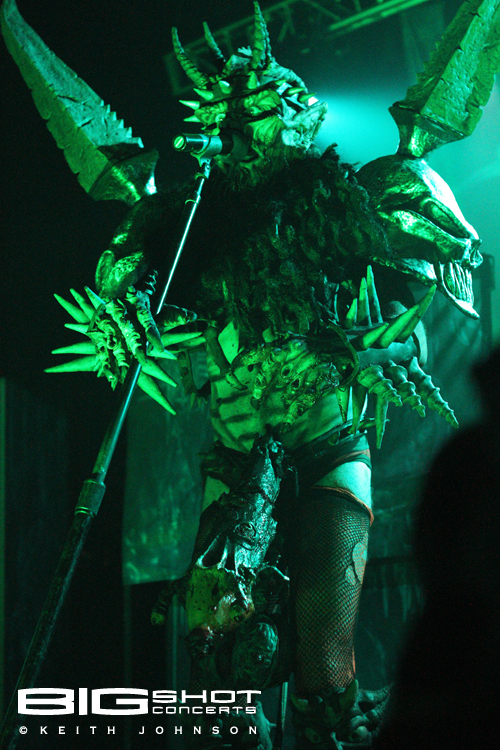 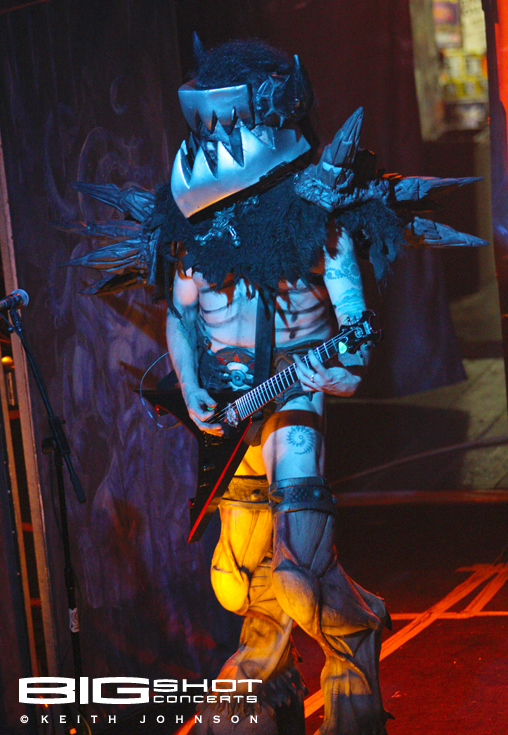 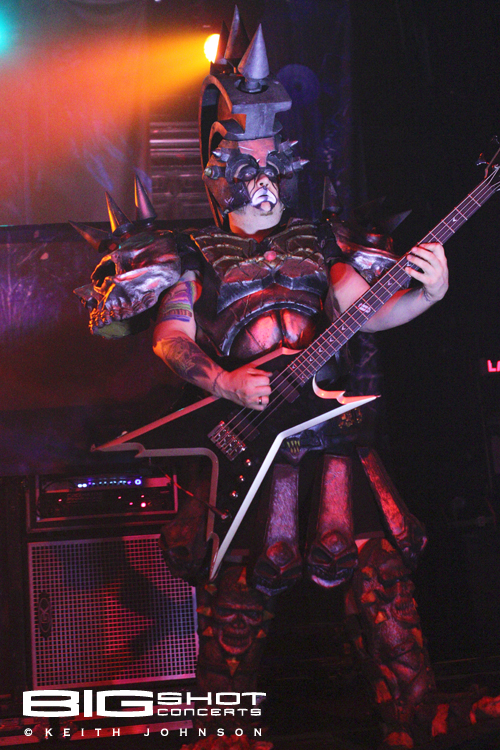 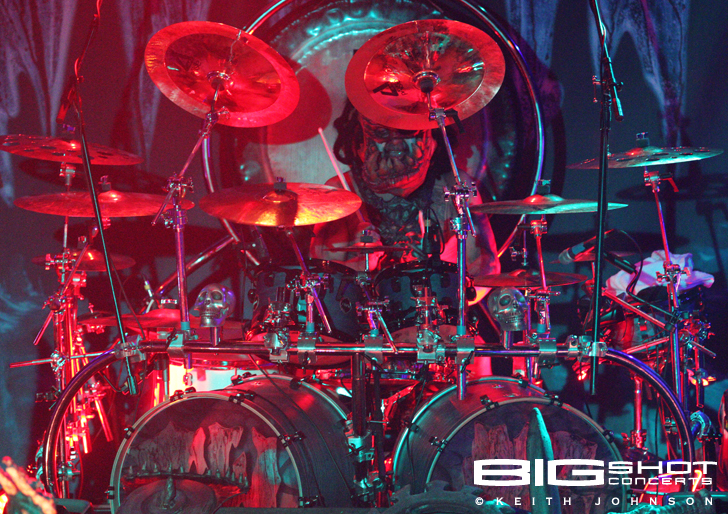 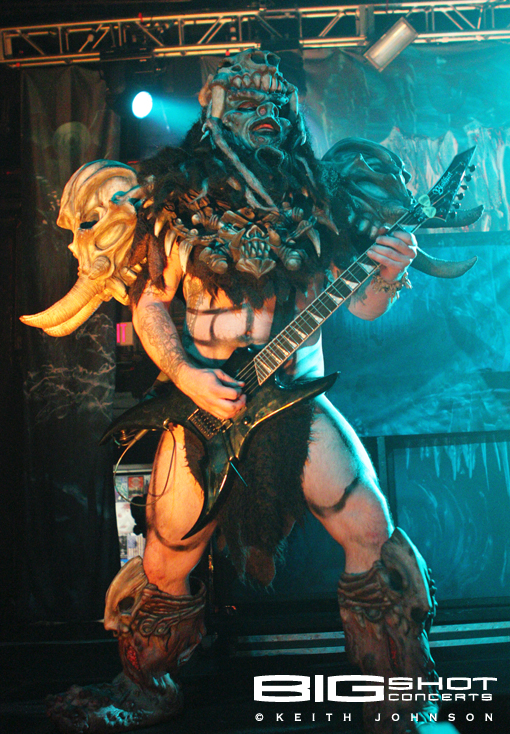 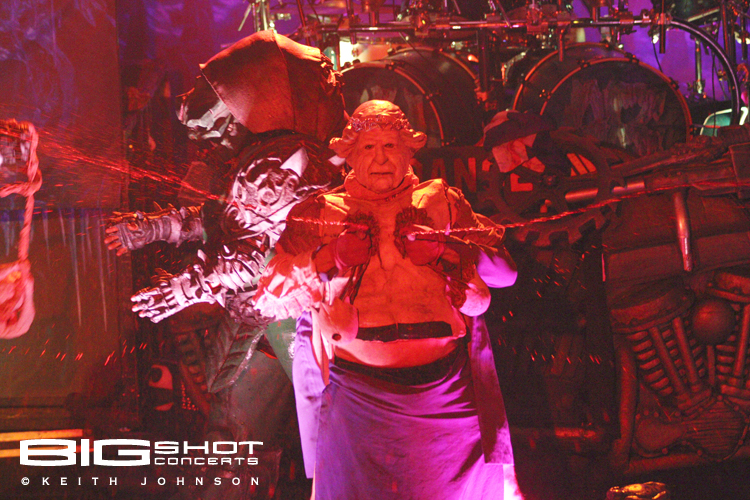 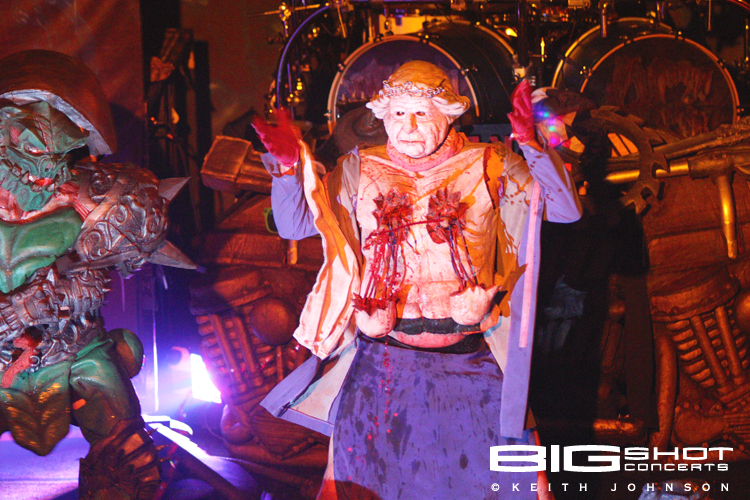 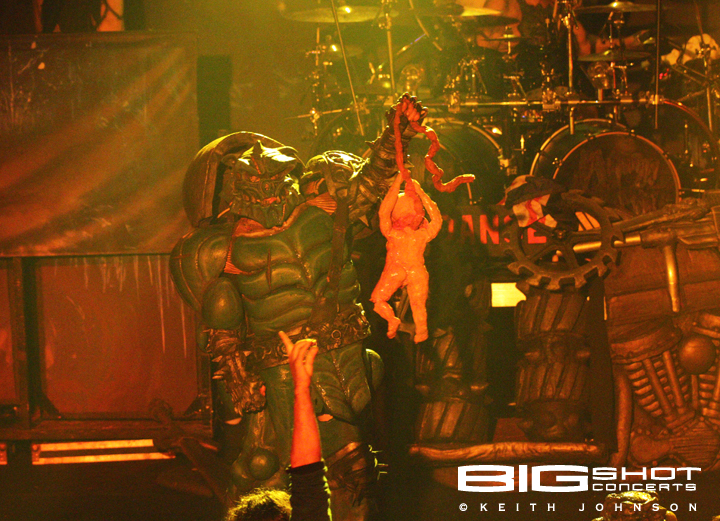 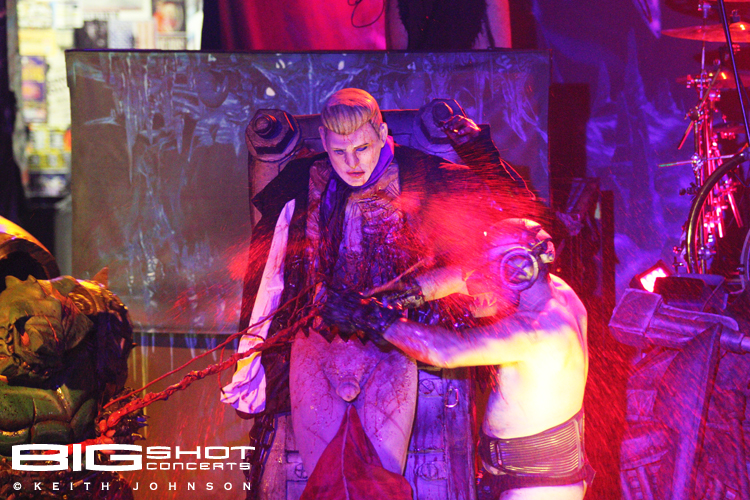 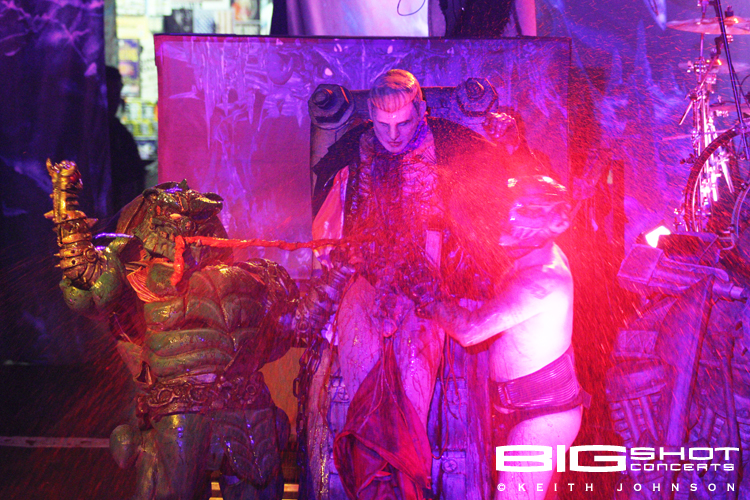 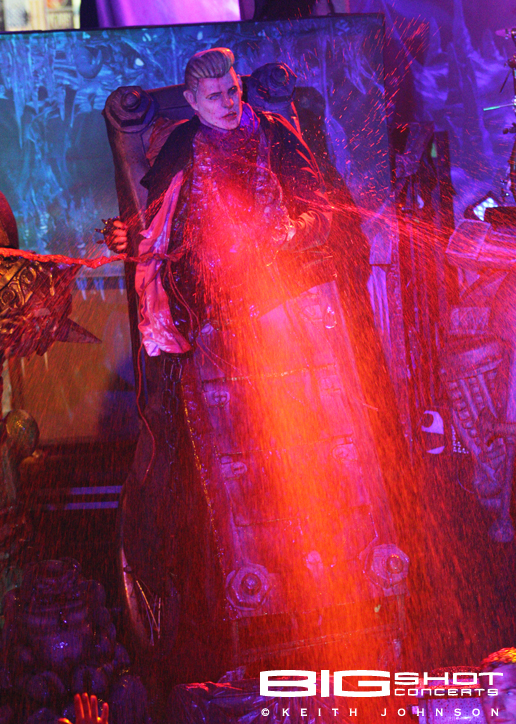 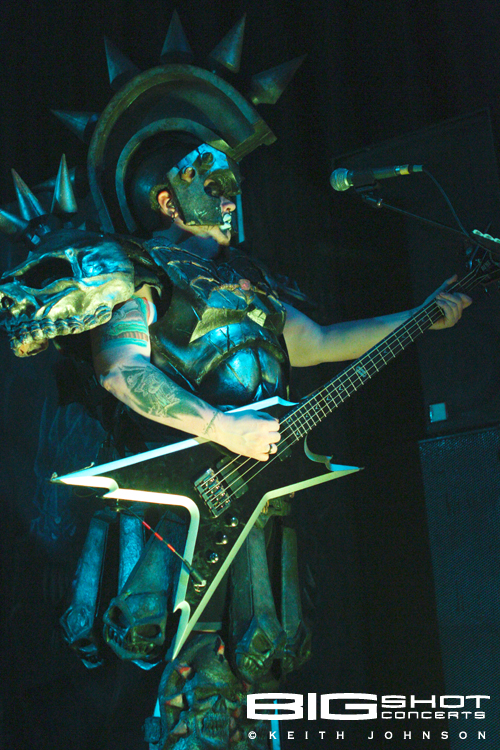 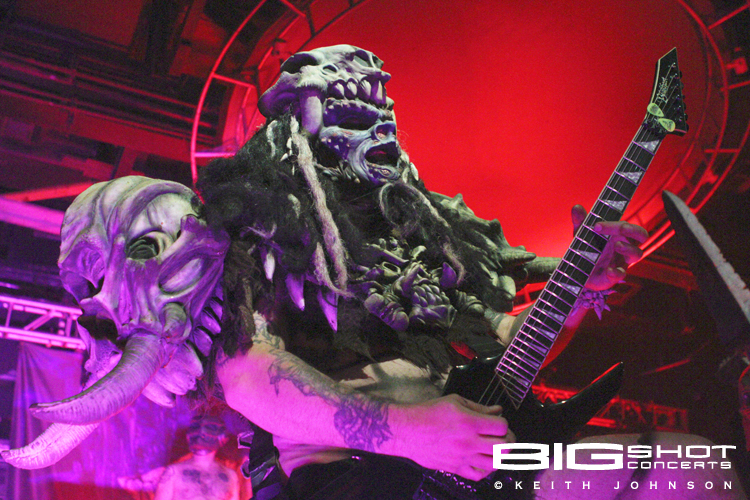 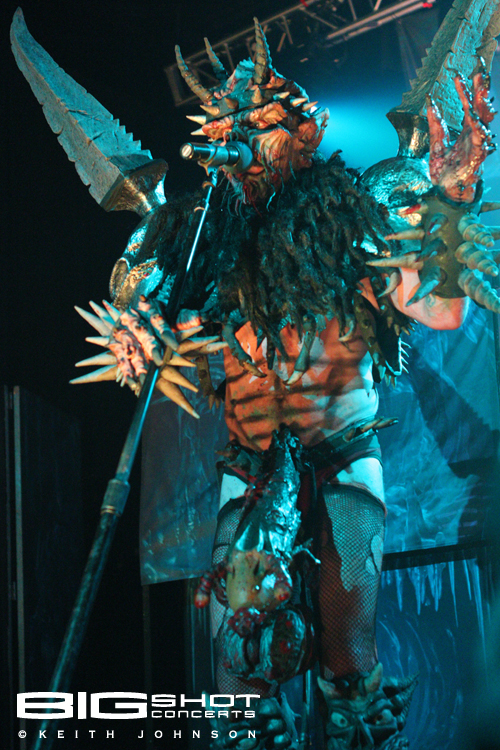 A Band of Orcs