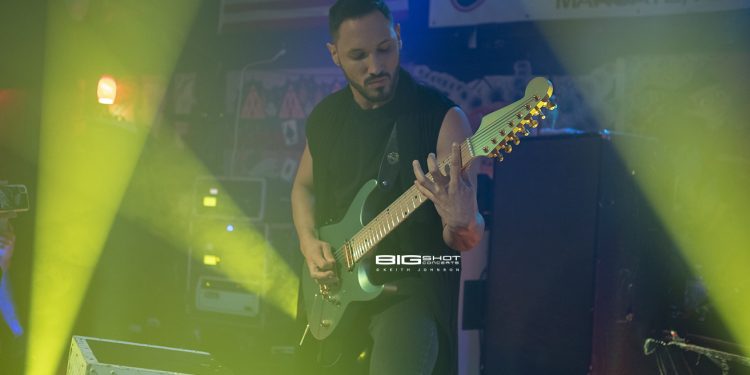 A trio of rock guitar players plugged into O’Malley’s Sports Bar to perform as the Guitar Collective on December 17, 2018 in Margate, Florida. The tour starred co-headlining artists Angel Vivaldi and Nita Strauss along with support from Jacky Vincent. Also featured was bass player Christopher Dean.

Seven string virtuoso Angel Vivaldi performed songs from his latest album Synapse, along with tunes from his solo career. The instrumental rock musician played a set heavily influenced by the stylings of progressive metal. The intimate setting of the venue allowed Vivaldi to make instant connections with the fans by giving them an up close and personal experience.

Hurricane Nita swept through O’Malley’s Sports Bar as a category 5 rock and roll force. The axe maiden burned up her frets with controlled chaos while delivering feisty licks up and down her guitar. Nita Strauss built a reputation as a raucous guitar player in bands like Femme Fatale and the Iron Maidens. When she’s not on the road with Guitar Collective, Nita lends her chops to Alice Cooper. During her concert she played an instrumental version of “Eighteen” that garnered an enthusiastic response from the fans in Margate, Florida.

Jacky Vincent gained fame in the band Falling in Reverse. He showcased his ability as a solo guitar player during a scorching set at O’Malley’s Sports Bar. The young axe slinger was right at home in front of a live crowd and even demonstrated some athleticism by getting big air when he jumped off one of the risers at the edge of the stage.

Metal musician Christopher Dean handled bass duties while holding down the low end during the Guitar Collective tour. He dealt up a hard-hitting rhythm that helped rock the guitar heroes through the night. 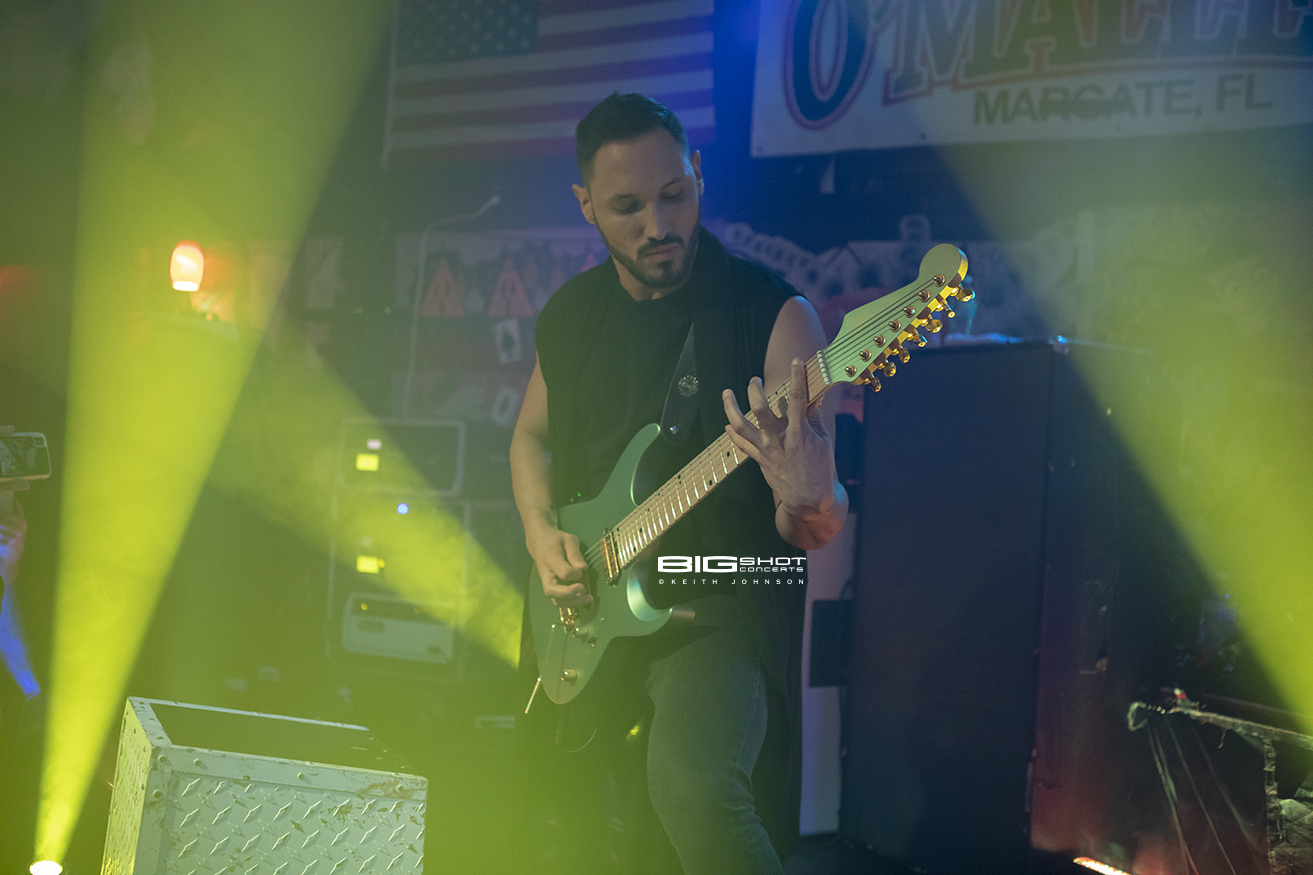 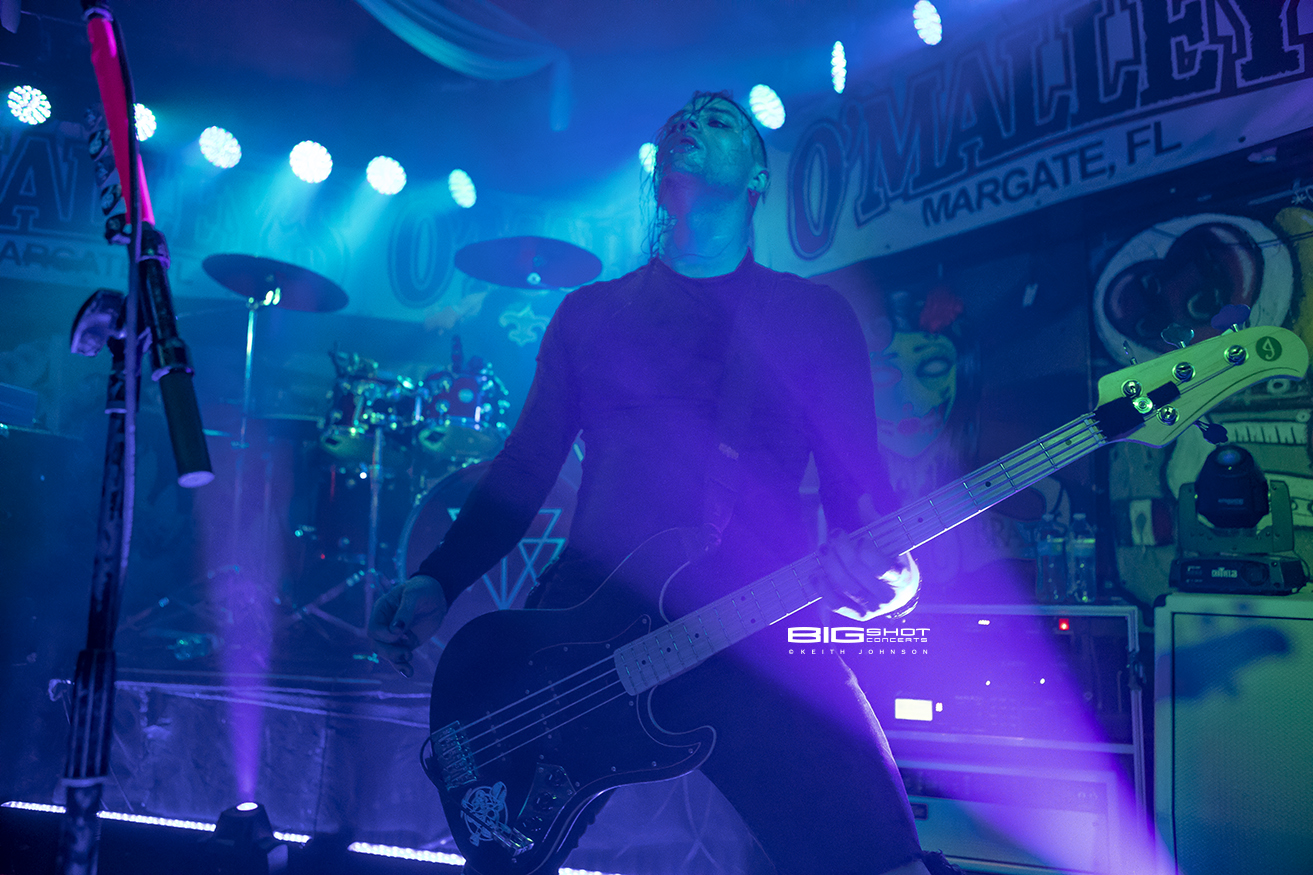 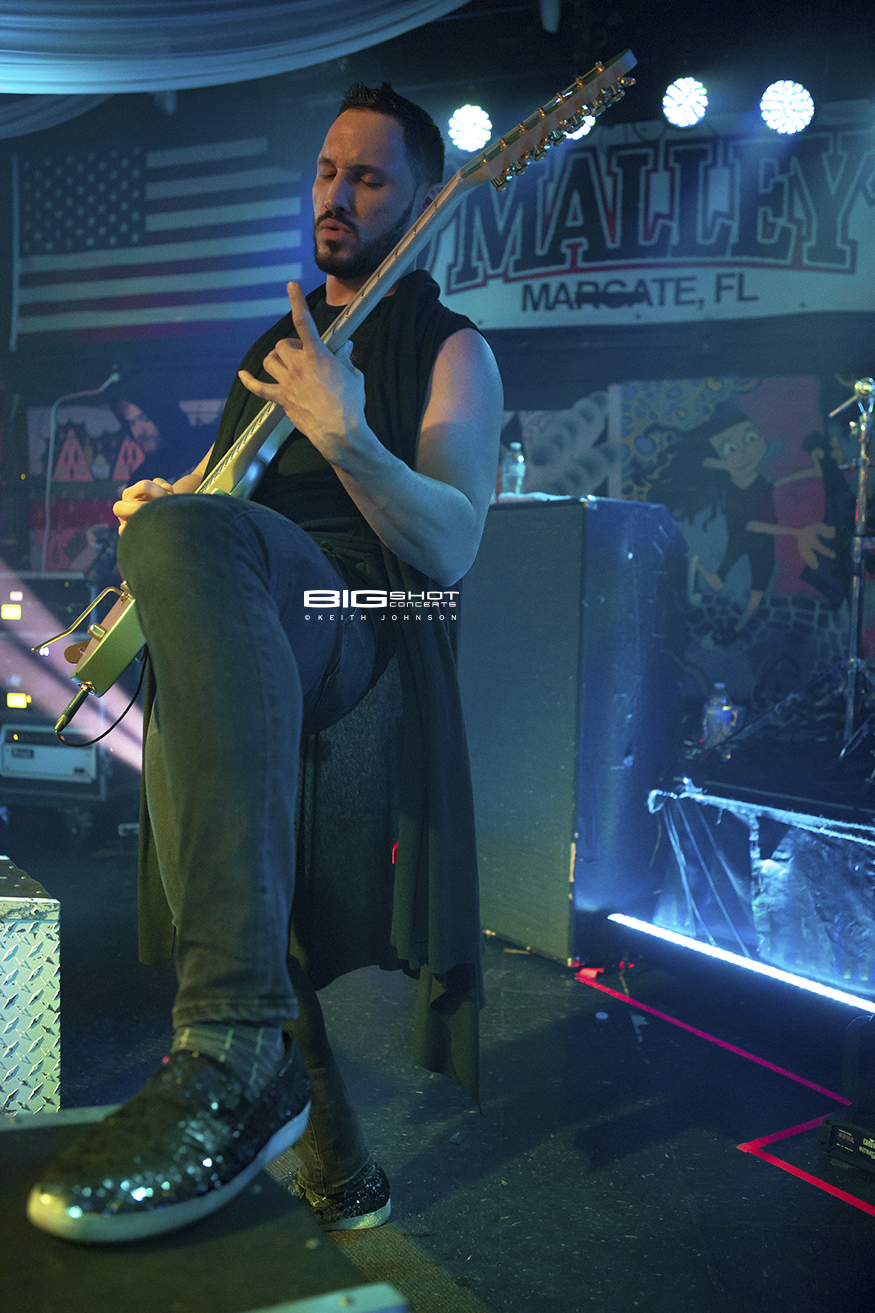 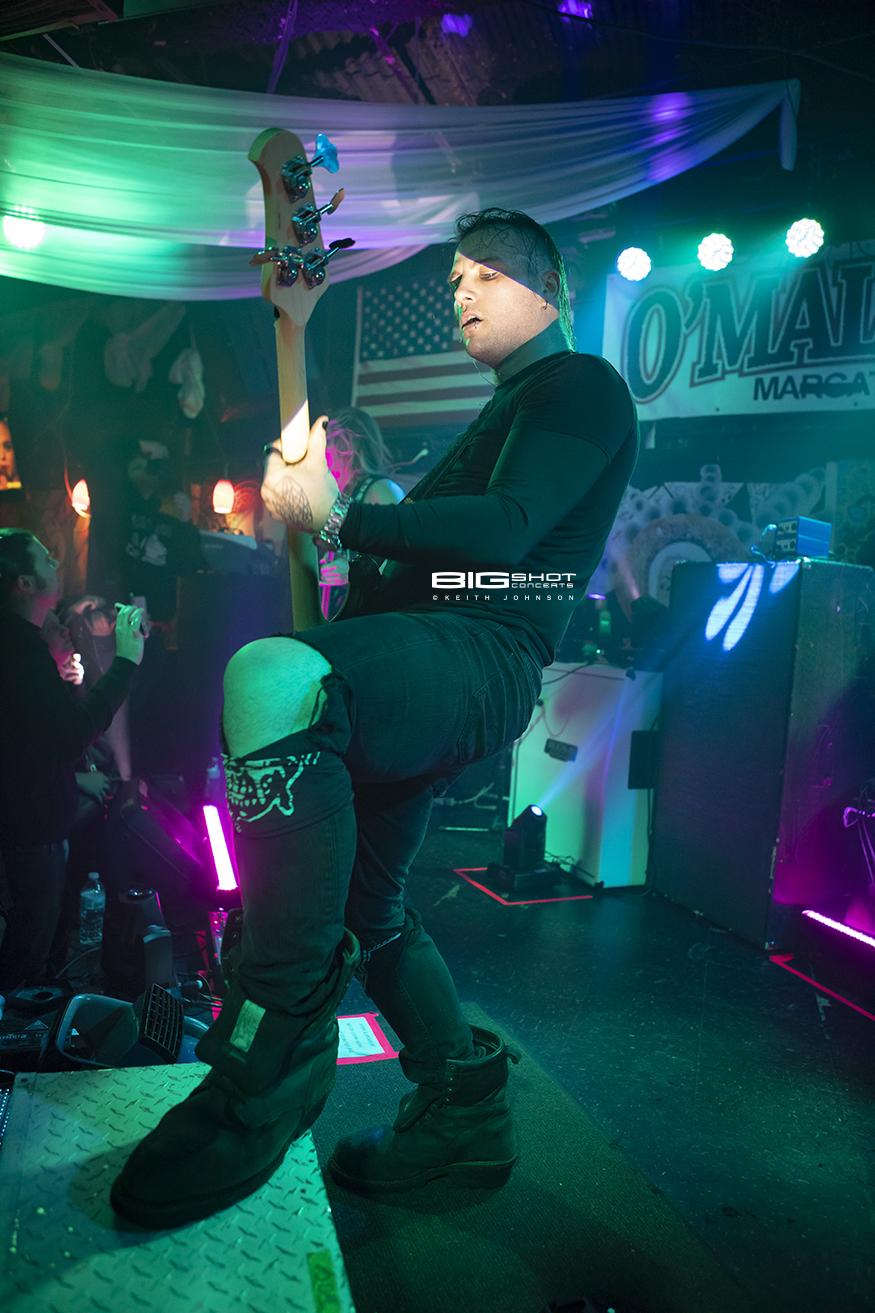 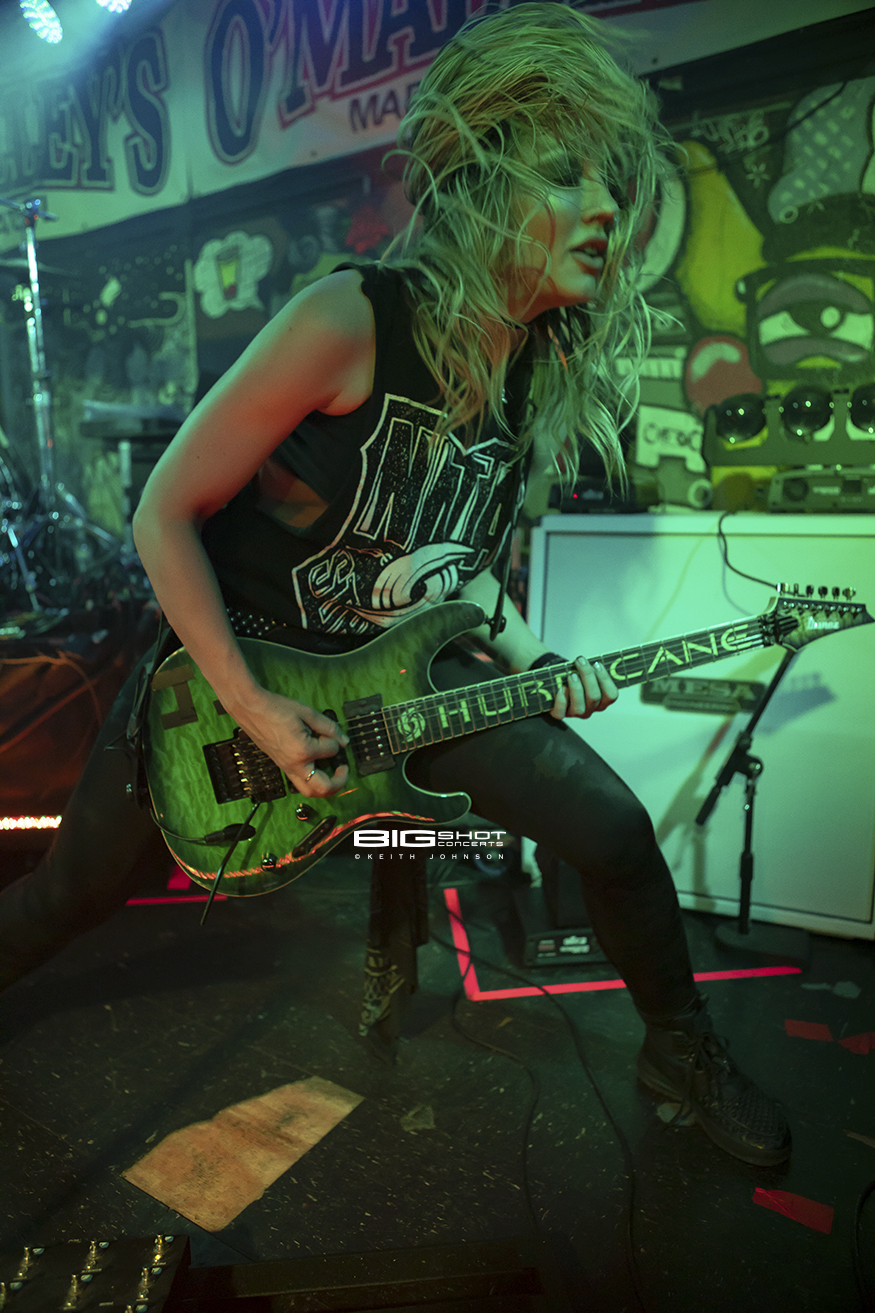 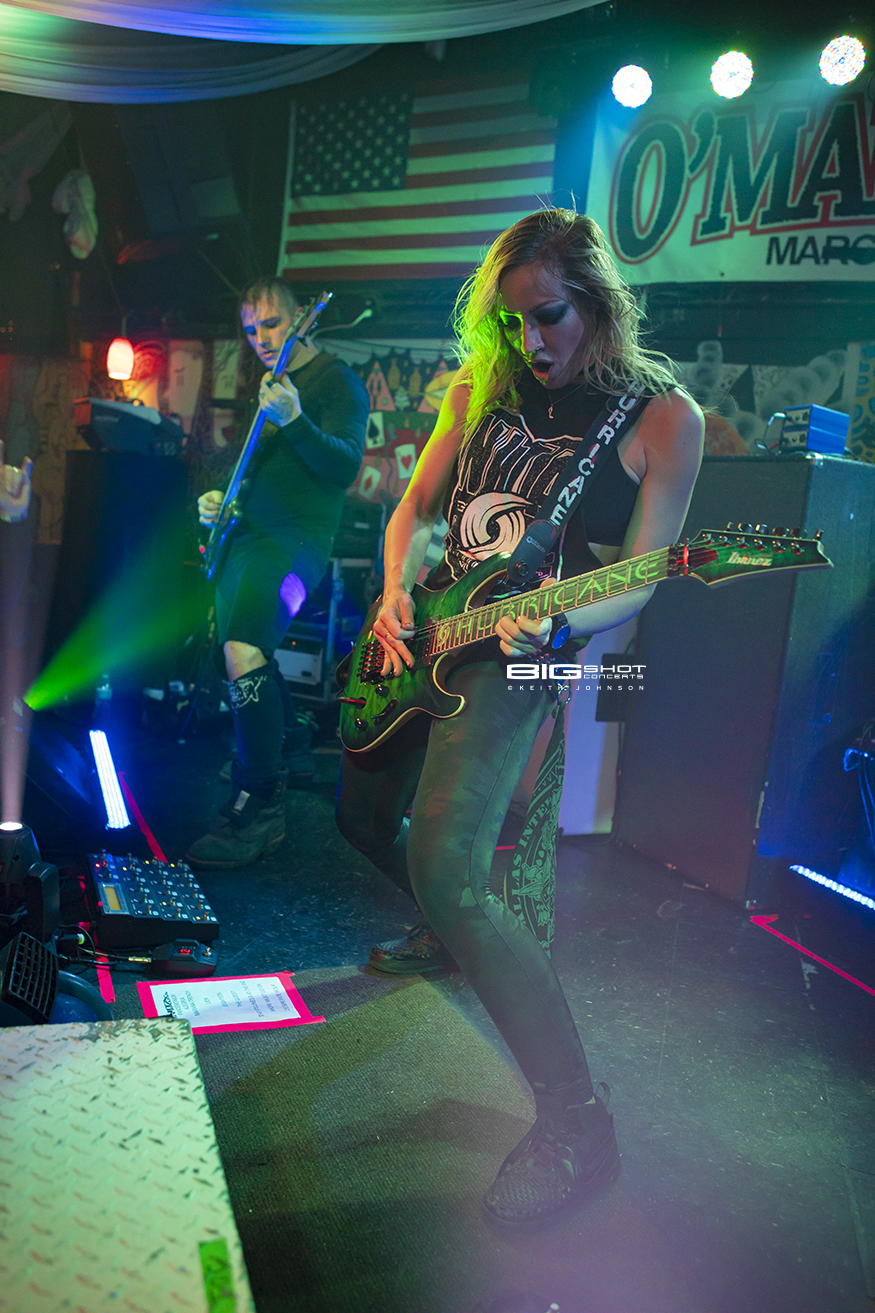 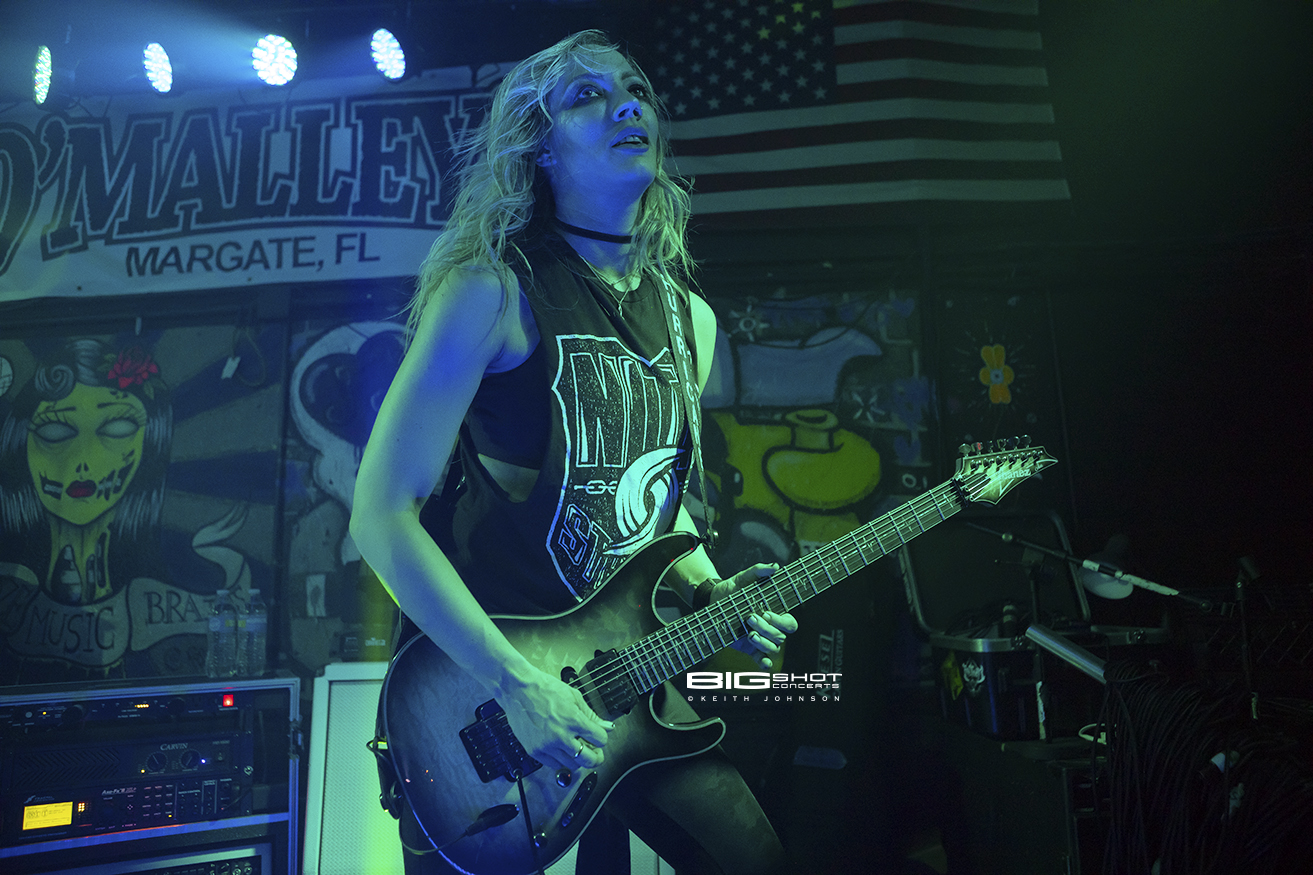 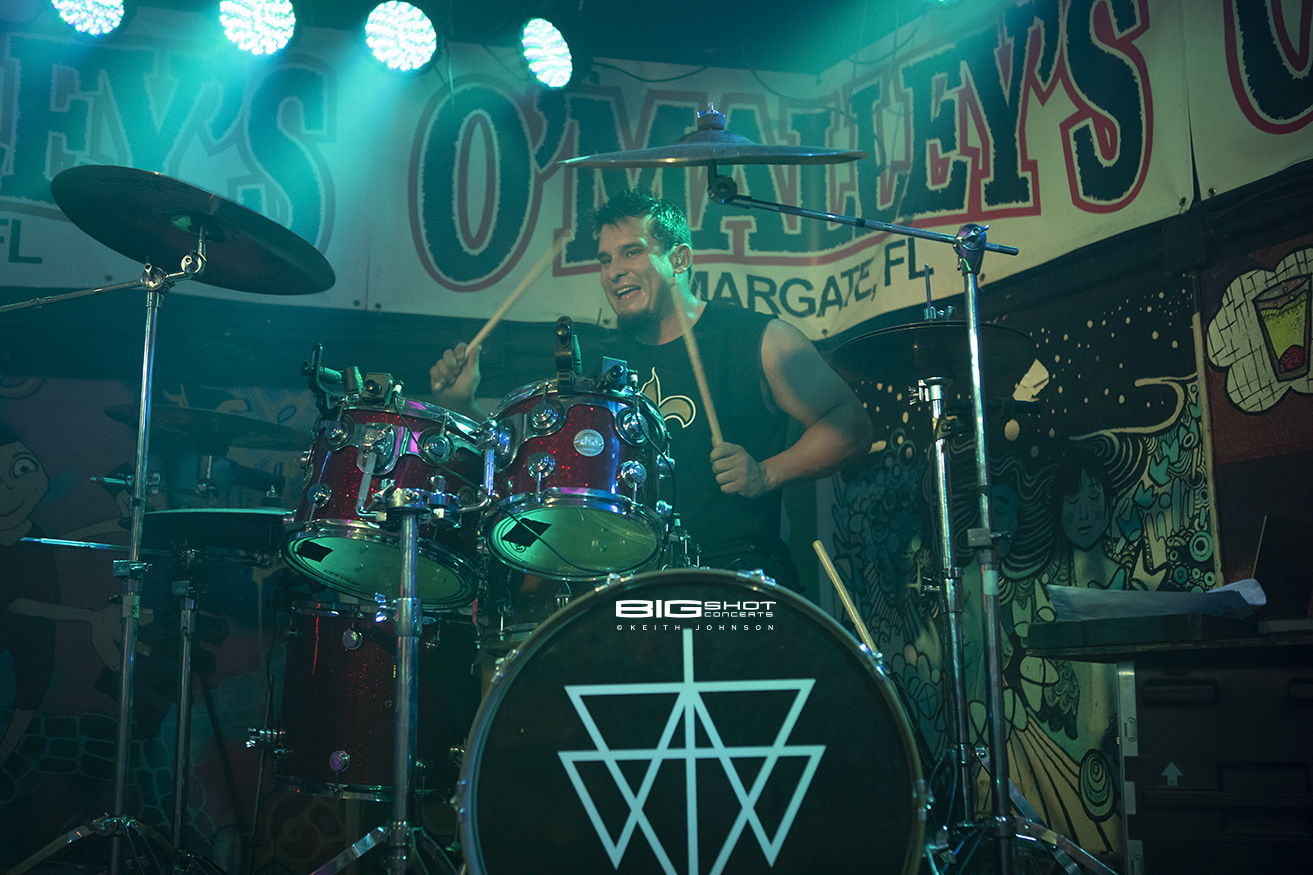 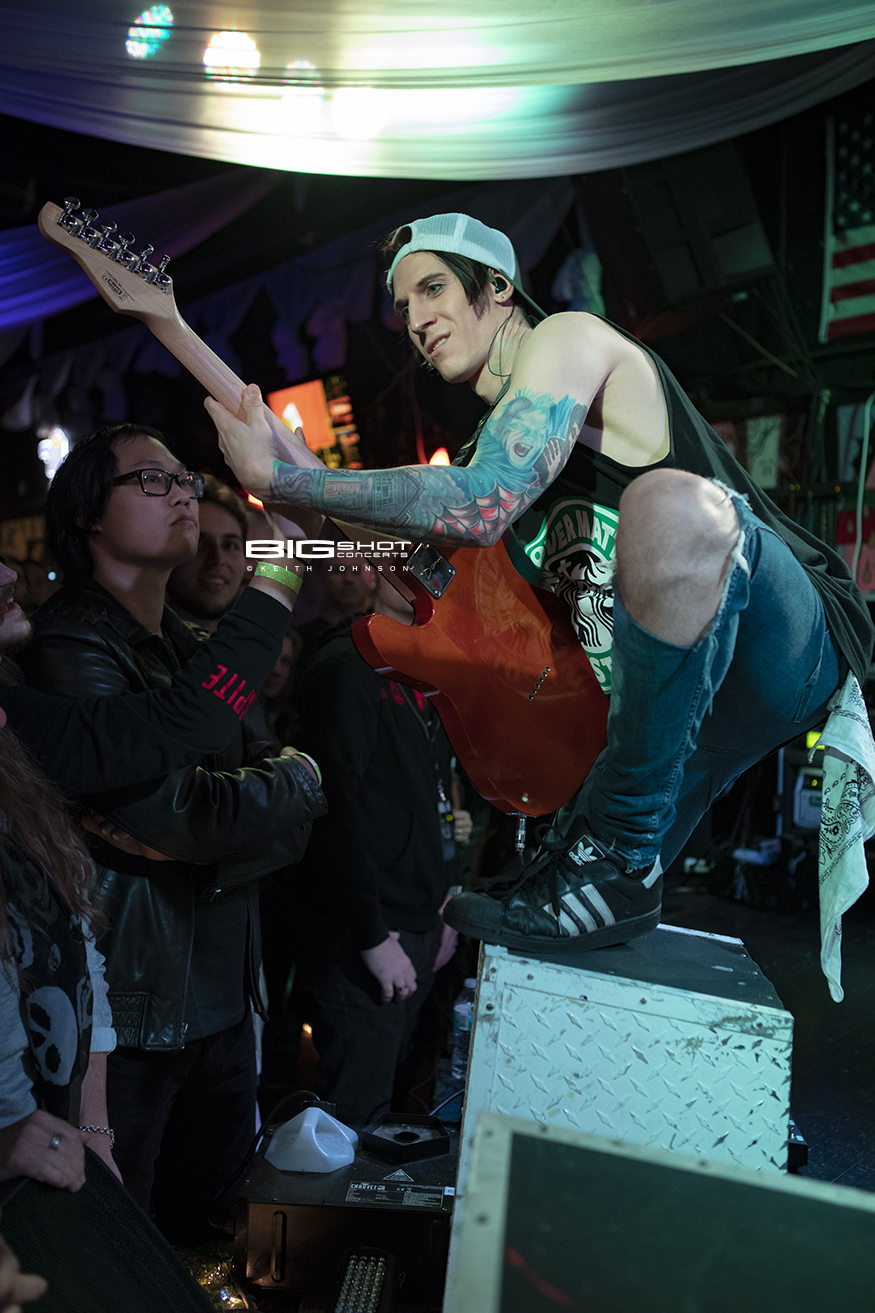 Jacky Vincent plays for the fans at O'Malley's Sports Bar. 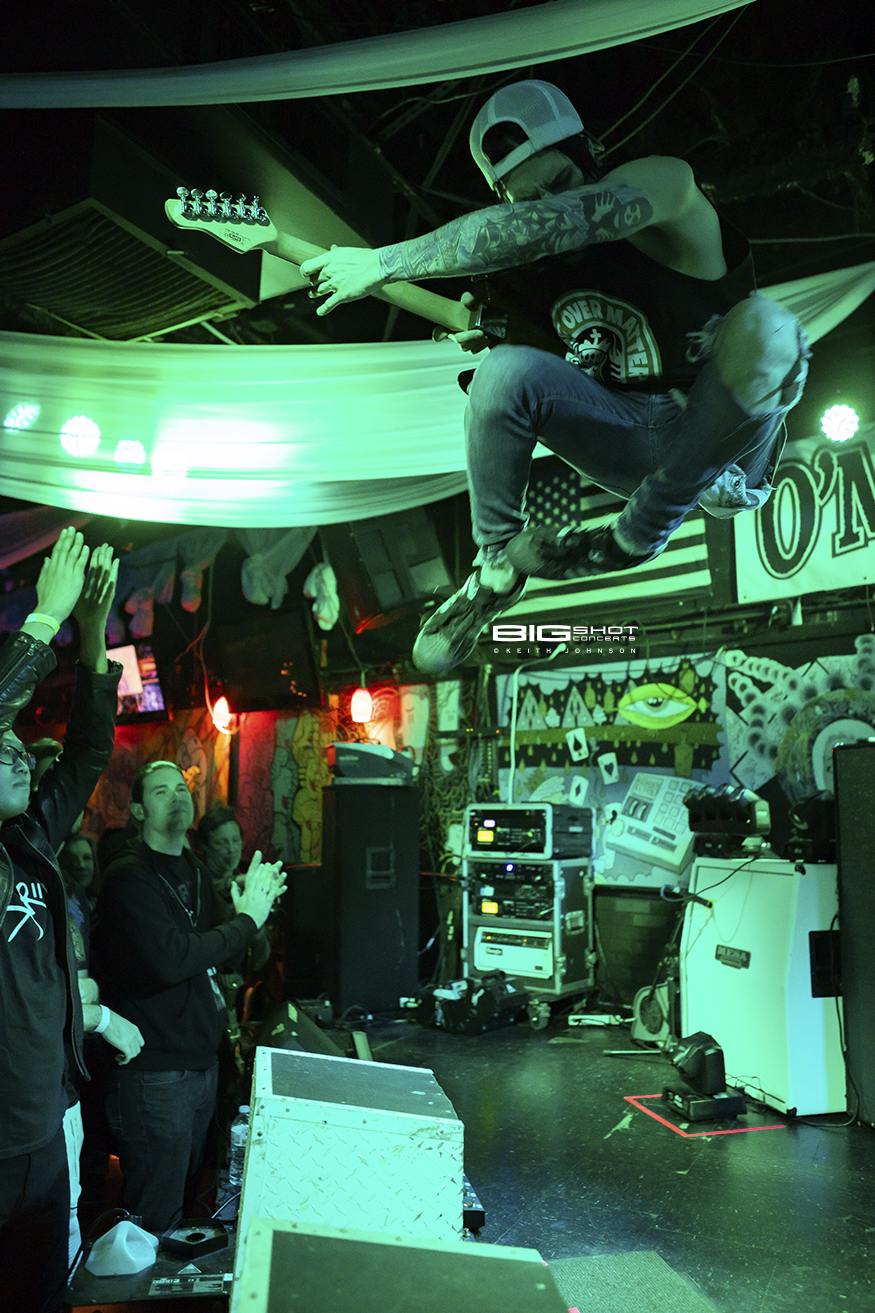