by Big Shot Concerts
in VIDEOS
0 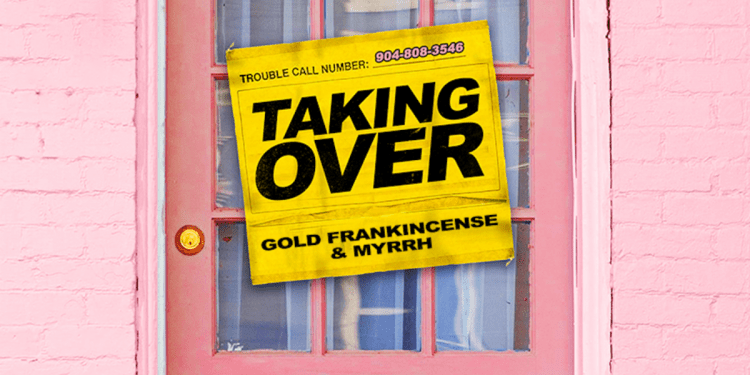 Gold Frankincense & Myrrh (GFM), a trio of teenage sisters who have already mastered the art of balancing a Paramore style of melodicism with a Slipknot-like ferocity, have debuted a new video for the single “Taking Over.”

“Taking Over” is premiering today, exclusively via Alternative Press.

“Taking Over” is a song about standing up for yourself and for others,” says bassist/vocalist Maggie English. “We’re not taking no for an answer and nothing is going to stand in our way. The time to join Team GFM is now before it’s too late.”

Visualizing the young band’s sound, which they have dubbed “beautycore,” director Dale Resteghini juxtaposes images of military tanks emblazoned with GFM ’s pink logo with aggressive performance footage of the band in their trademark pink GFM cheerleader uniforms, as the sisters proclaim, “Get up, stand tall If we fall, then we fall together/Take your shot, the best you got/We won’t stop, and we’re taking over.” 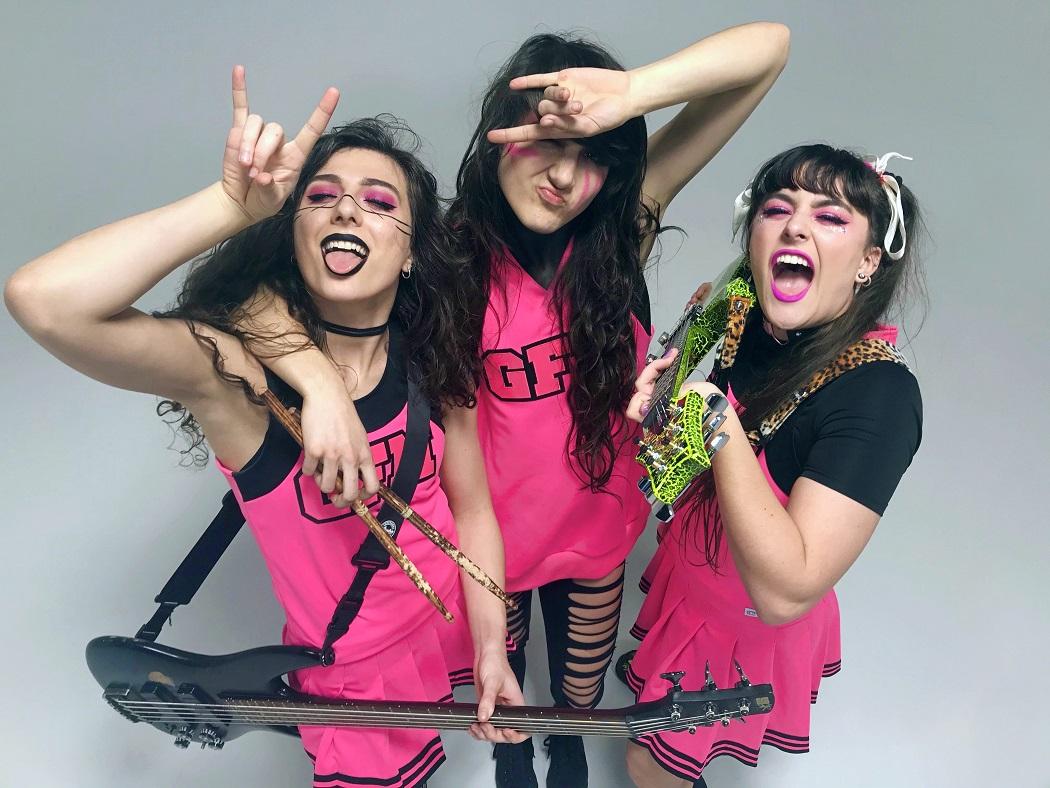 “The girls crushed the video,” Resteghini says. “I love helping hot new bands breakthrough the noise. One listen to the single ‘Taking Over,’ I knew I had to do this. These young girls have already shown they can handle the rigors of tour life and are destined for greatness!”

The Joey Sturgis ( Of Mice & Men , The Devil Wears Prada , Attack Attack! , Asking Alexandria ) produced “Taking Over” is the second single from an upcoming EP. “Prepare to hear GFM at their heaviest,” says Sturgis. “Working on this song was all about capturing the girls at their heaviest moment, shattering your ears while allowing their melodic ability to continue to shine through the rubble.”

“Taking Over” is available via Apple Music.

The first single from the EP, “I Don’t Need Your Fantasy” was released earlier this year. Listen to the track HERE.

While spending time at home during the quarantine, the trio is finding unique ways to connect with Team GFM. GFM is hosting the first ever “e-tour,” virtually touring a variety of different social media pages and platforms. The first round of tour dates have been announced on GFM ‘s social media pages, with more dates quickly being added. An entire acoustic performance will be featured along with a Q&A session during each livestream. Additionally, fans with a good eye will notice a phone number within the artwork for “Taking Over.” This Easter egg is an active number that is being used as fun and unique way to interact with fans.

The sisters all began taking music lessons at just five years old, which sparked a love of music that would continue to grow. As they grew up, the girls collectively decided that they wanted to pursue this love for music professionally and began putting blood and sweat into creating GFM .

GFM ’s first album, Identity Crisis , was released in 2016, followed by Oh, The Horror! in April 2019. After touring the US multiple times, the group headed overseas to Germany in 2018, where their energetic performances established GFM as a festival favorite. A new EP is scheduled for release this spring.