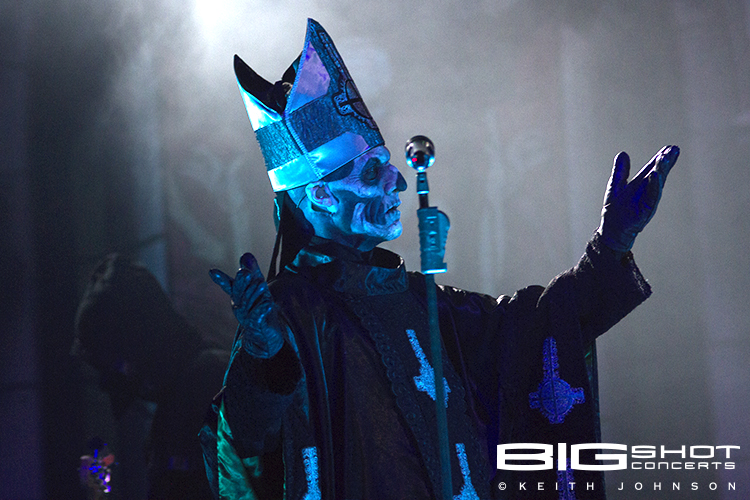 An unholy eeriness surrounded Revolution Live in somber anticipation of Ghost taking the stage. When the doors opened, a congregation of the dark and gloomy flocked into the venue to worship the Swedish heavy metal band who were making their first satanic appearance in Fort Lauderdale, Florida. The coming of Tour Year Zero 2014 was foretold and the minions did gather to bear witness to the doomsday celebration and black mass ritual.

The houselights dimmed to a haunting crescendo of chilling piano notes piercing the halls of the dark cathedral. Stained glass windows etched with skulls were framed by a backdrop of columns standing in cold repose. Stone blocks molded in the depths of hell gave the drums and keyboards a demented resting place. After what seemed like an eternity, five Nameless Ghouls draped in hooded robes sauntered onto the stage. These shadowy figures unleashed an energetic cacophony that served as a blasphemous entrance for the demonic and mysterious Papa Emeritus II.

Donned in a vestment adorned with upside down crosses, the sacrilegious dark priest sang of the blatantly vile and disgusting through a skull mask. The satanic chants were backed by musicians who were so damn talented you might think there was some divine intervention. But listening to the lyrics from Ghost albums — Opus Eponymous and the Grammis award-winning Infestissumam for Best Hard Rock/Metal album in Sweden — leaves little doubt that something more sinister is at work with this band’s music. Of course there’s always room for the disbelievers. Because from the darkness cometh the light, and a great cover of “Here Comes the Sun” by the Beatles.

Some claim that everything seen at a Ghost concert is all a tongue in cheek act to rile up the ultra-religious and gain new fans looking to devote themselves to the ministry of rock -n- roll controversy. One thing’s for sure: a supreme being is looking up from below with a devilish grin of approval. 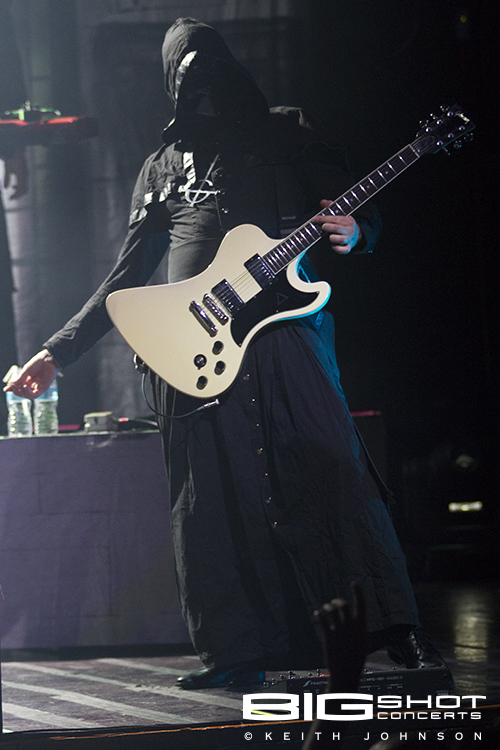 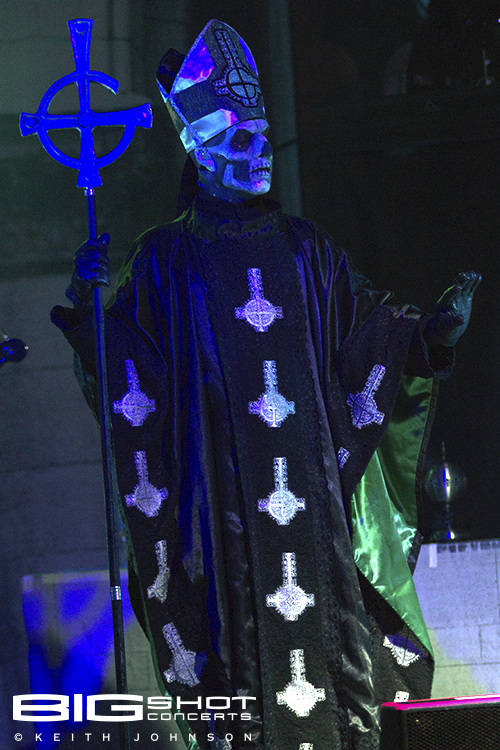 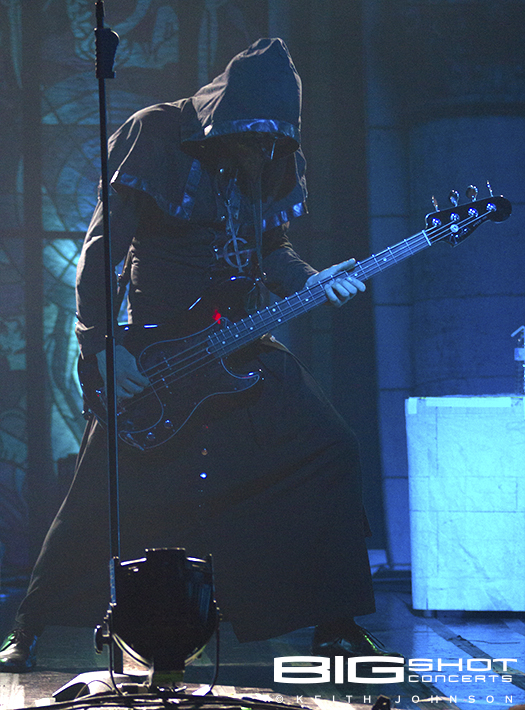 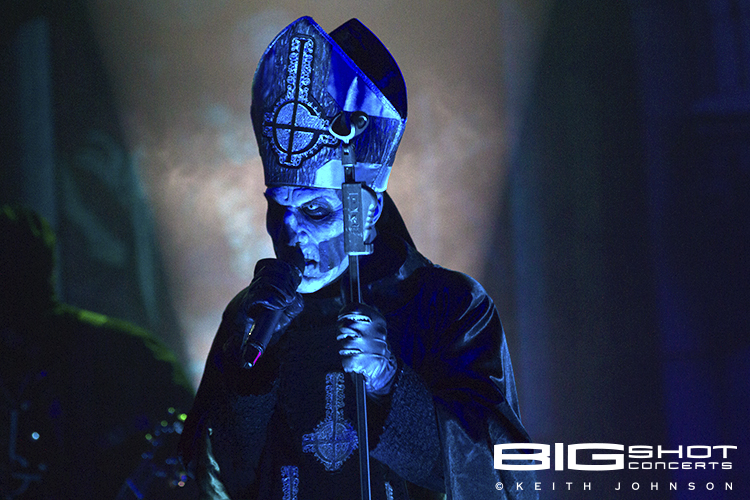 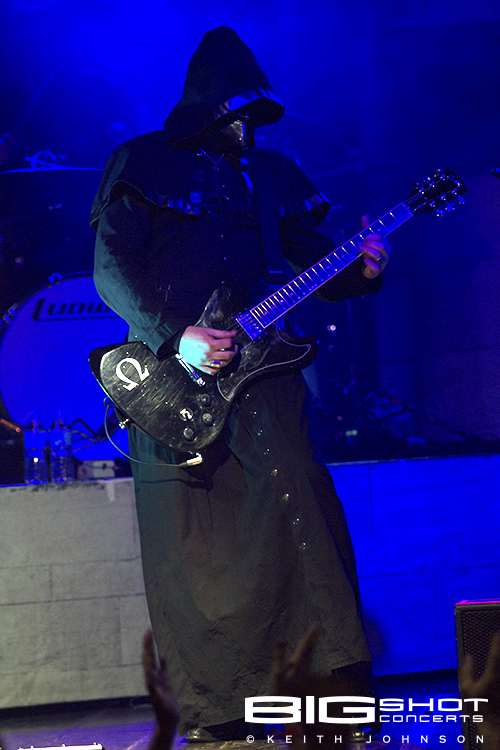 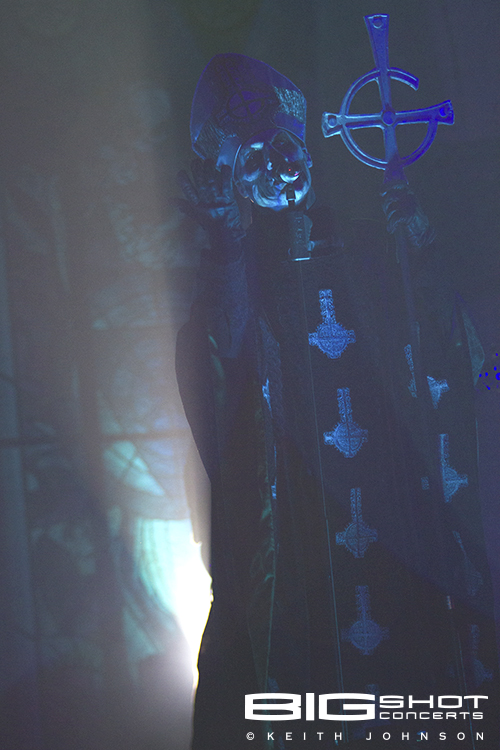 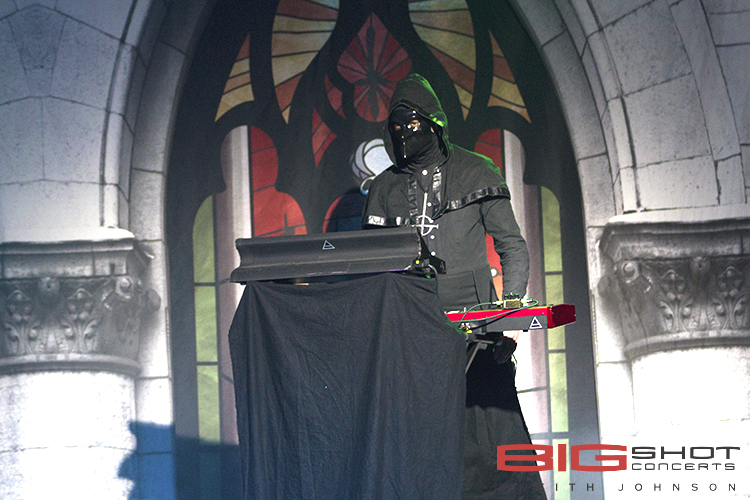 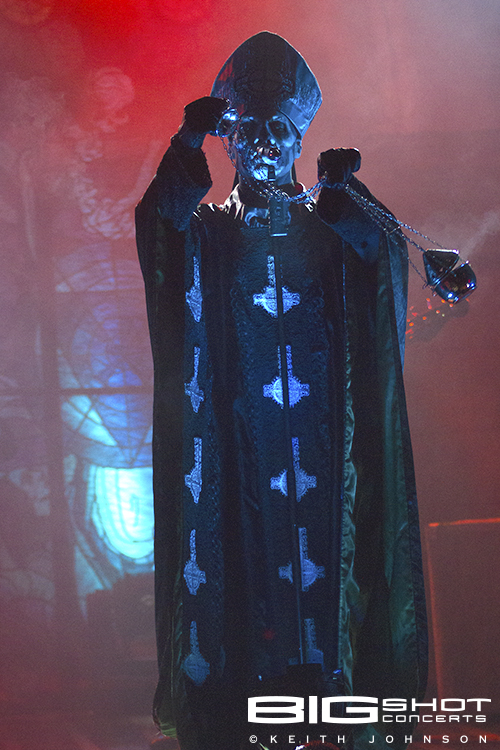 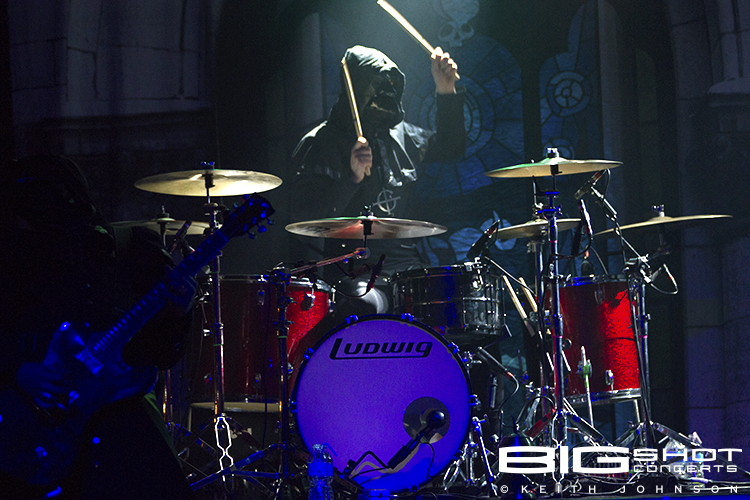 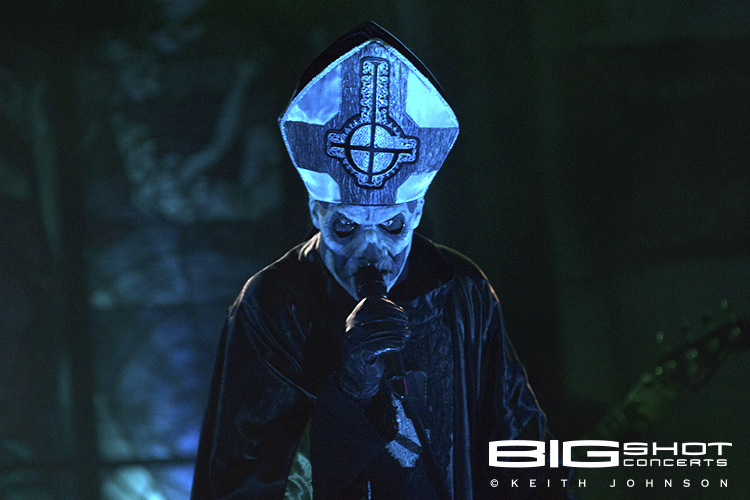 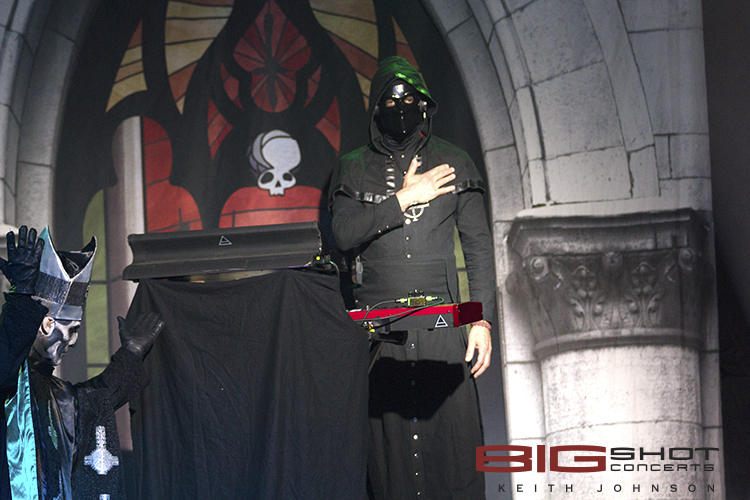 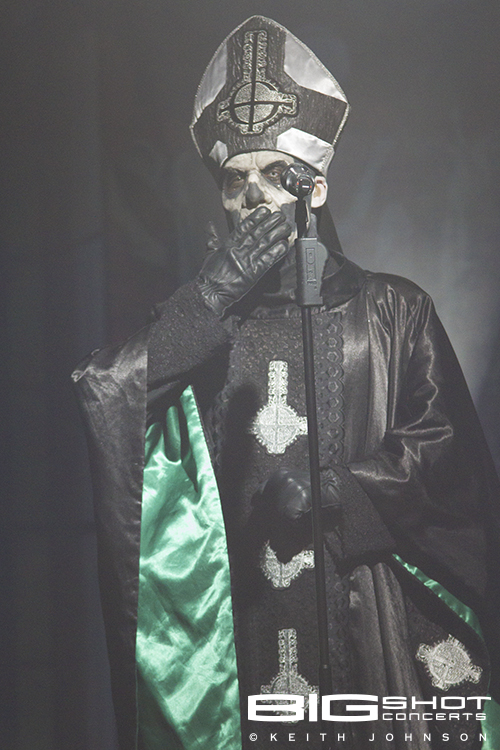 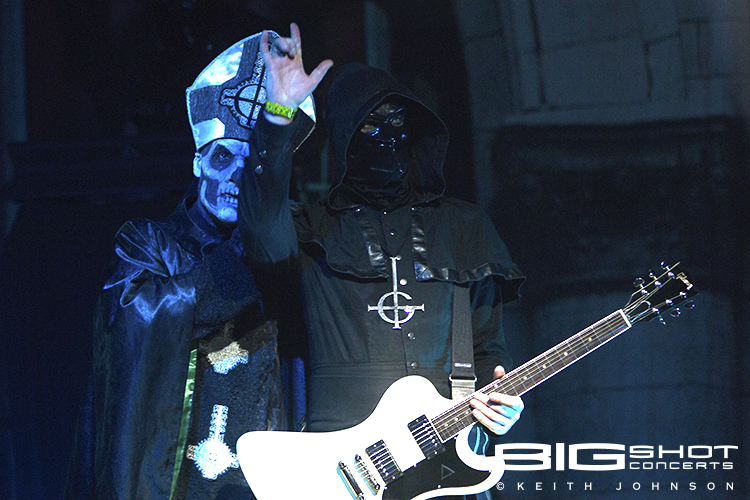 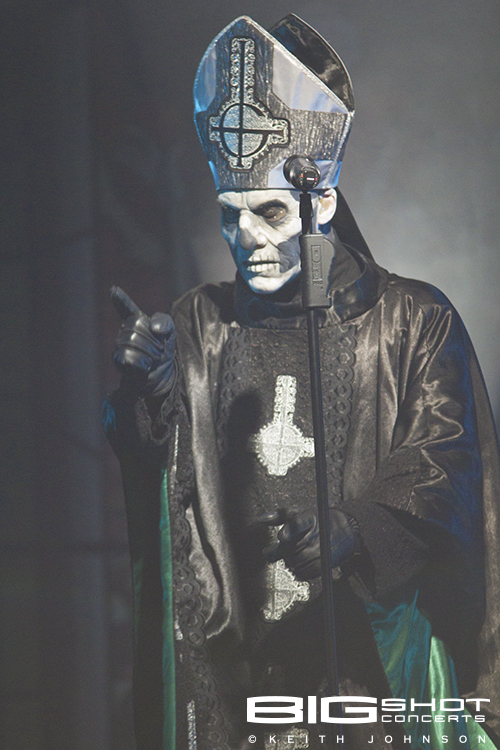 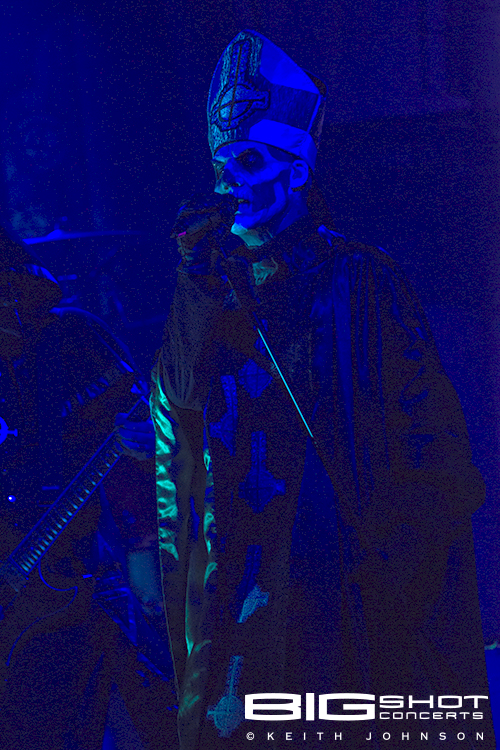 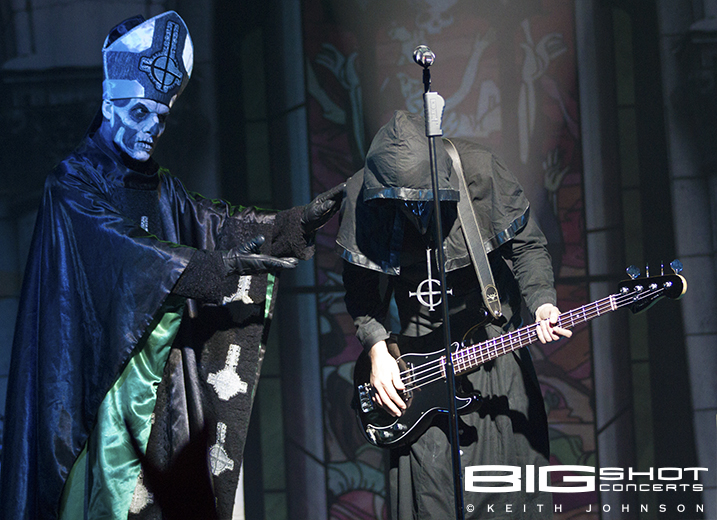 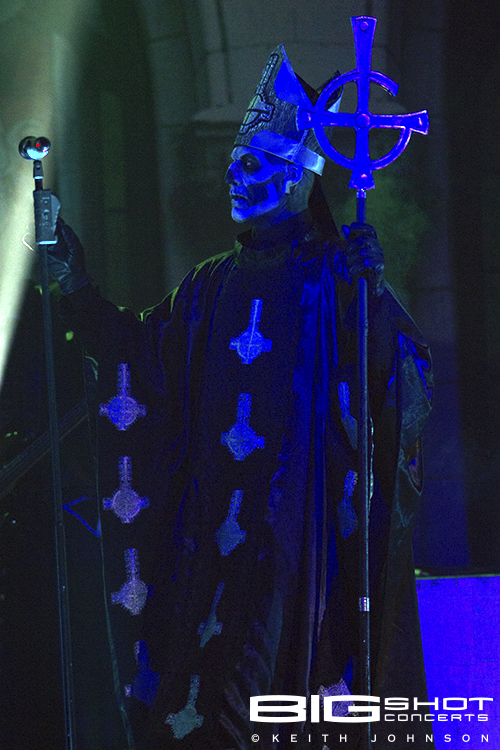 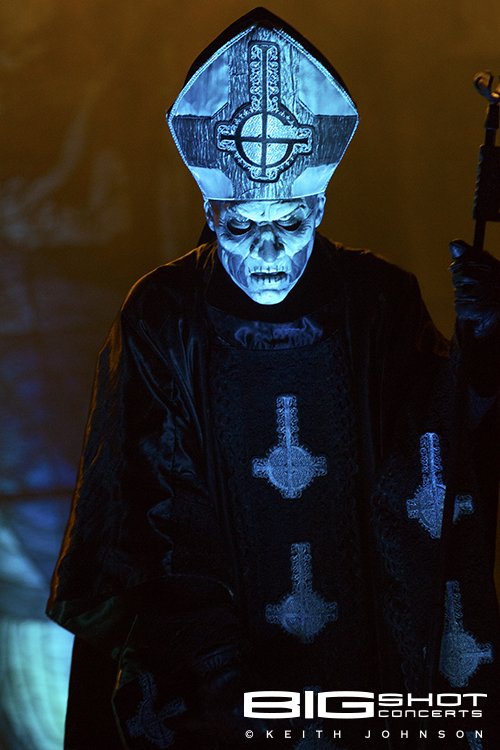 Gaze into the eyes of Papa Emeritus II 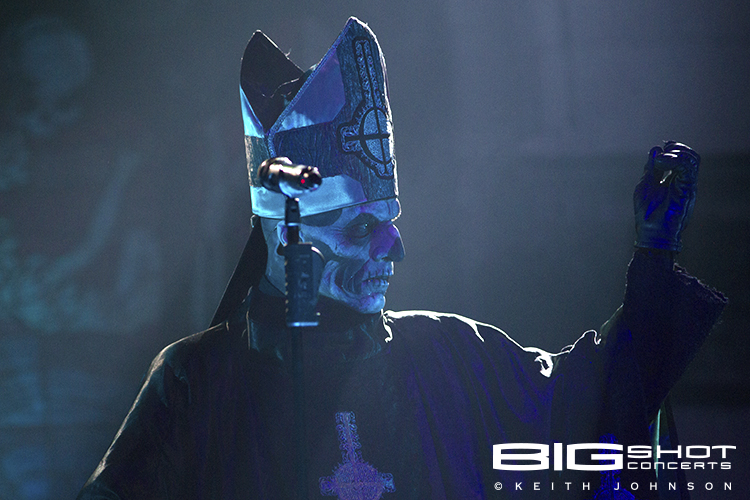 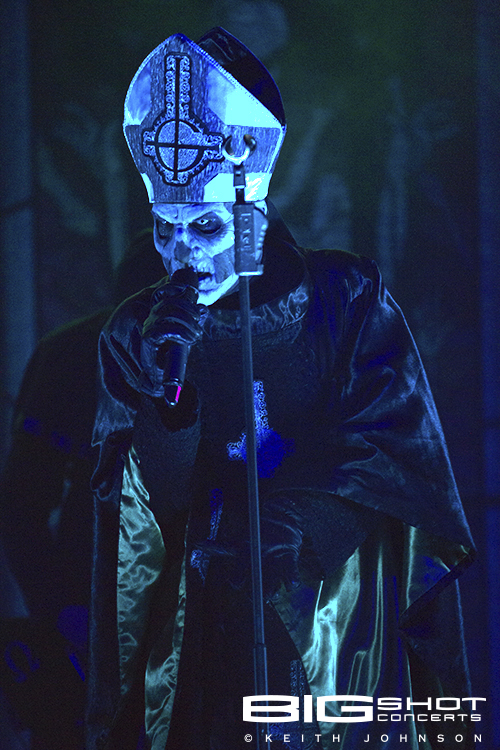