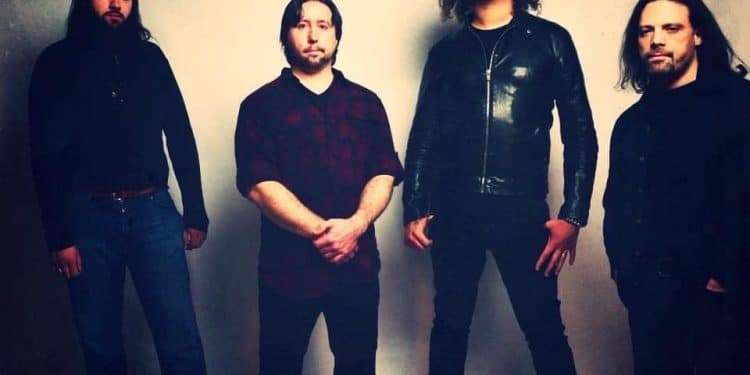 Emerging from the COVID-19 pandemic more focused than ever before, the NYC band has taken a firm, uncompromising stance, keeping its unique and poignantly heavy melodic signature sound that marks Four Trips Ahead as a force to be reckoned with in modern hard rock.

“We were in a highly creative period, so we rushed into the studio to record so we wouldn’t lose the powerful vibes. The five songs had similar urgent themes and were road-tested, so to speak,” Wilson shared. “It was impossible not to be inspired by the anger, frustration, and social unrest that we were all witnessing and feeling. As we started mixing, the world turned completely upside down.”

Four Trips Ahead’s roots date back to 2003 when the seasoned New York City musicians first came together in search of a new creative outlet. Instantly, the quartet recognized common musical interests—creating heavy rock sounds with killer melodies and progressive oscillation. The band’s last album, …And The Fire Within, charted consistently in Metal Contraband’s National Top 50 Radio Charts for eight consecutive weeks, with its highest placement at #34, garnering heavy rotation on American college, commercial, and specialty Hard Rock/Metal radio formats. Moreover, their video for the single “Bring Me Down” debuted on AXS.com to an enthusiastic response and was featured in PROG’s summer 2020 new music sampler.

“Remnants,” the title track and first single from Four Trips Ahead’s new EP, is available digitally and to stream via Dr. Music Records. You can listen to the EP in its entirety via the DSP of your choice.