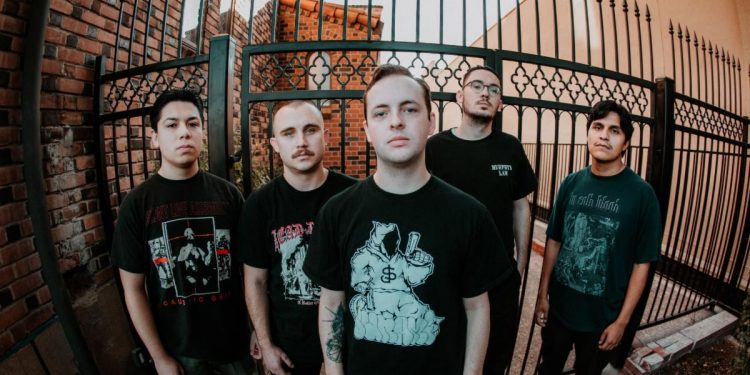 Creator-Destructor Records presents the eponymous debut EP from Sacramento-based hardcore outfit, Extinguish. A brief teaser on the record as well as the lead single, “Unconquered,” are now playing.

Having formed in 2017, Extinguish attempts to achieve the darkest/hardest sound they can, merging elements of death metal with the classic 90s hardcore sound. With a style somewhere between the output of death metal greats Obituary and Grave, and hardcore icons Next Step Up and Gut instinct, the band delivers a punishing, metallic attack akin to peers Sunami, Hands Of God, Field Of Flames, and more. In their short time as a band, they’ve played throughout the Sacramento and Bay Area scenes, and now present their debut recorded output.

Extinguish is truly a no-frills band, an aesthetic that extends to their effective, supremely pissed lyrical strategy. With the state of the world in 2021 being seemingly worse than it’s ever been, the Sacramento five-piece don’t hold back on speaking up about real life; the horrors, sadness, and abuse of power that many fall victim to in our current failed state of politics and leadership. While the band heavily focuses on our collective social nightmare related to corrupt police, politicians, and lack of faith in humanity, EXTINGUISH also find themselves exploring the personal realm of struggling to maintain your sanity when all systems of infrastructure are broken and seemingly hopeless, creating an apocalyptic mental state which one must climb through every day, just to survive.

Extinguish drops seven tracks in barely sixteen minutes, the songs surging with rigorous vitality and slamming breakdowns. The record was recorded April 2020 at Panda Studios by Charles Toshio and completed with cover art by Nicky Rat.

Extinguish will see release on vinyl and digital via Creator-Destructor Records on April 23rd. Watch for new audio previews, preorders, and more to post in the weeks ahead.

Review copies of Extinguish will be issued shortly. For all coverage of EXTINGUISH worldwide contact dave@earsplitcompound.com.