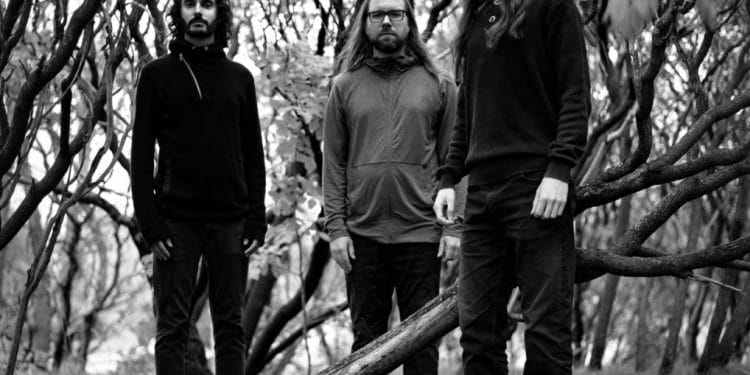 Masfiff sign with Entertainment One (eOne) for the release of Leave Me The Ashes Of The Earth full-length September 10th, 2021.

Forged in 2014, Masfiff’s unique combination of blackened sludge, grindcore, and powerviolence creates a bleak and chaotic atmosphere, sounding as if the spawn of Crowbar, This Is Hell, and Napalm Death composed an album inside the Lake Of Fire. The unrelenting, brutish curmudgeon aura of Masfiff’ can be deceptive however, as bright sparks of nuance and jarring adventurousness lurk behind every riff, rumble, and anguished, painstaking bellow stitching together a soundtrack suitable for betrayal, depression, self-loathing, and total despair, with winking, devilish glee. The bulldozing din of Masfiff is akin to the catharsis in setting something aflame just to watch it burn.

Masfiff sign with Entertainment One (eOne) for Full-Length Release

Crafted in just five days at No Studio with producer Joe Clayton (Pijn, Wren, Leeched), the band’s third full-length, Leave Me The Ashes Of The Earth , is a misanthropic masterpiece. The sorrow-filled souls of every miserable cretin it reaches will stir in basements, hovels, pubs, and darkened alleyways. Conceived during a pandemic-enforced longest stretch between MASTIFF records, the record paints on the band’s familiar canvass, but with a far larger palette than ever before.

In advance of the record’s release, Masfiff offers up the record’s first single and video, “Endless,” now playing at Decibel Magazine.

Comments the band on the union with eOne and video premiere, “It still feels like some kind of fever-dream that we’re working with eOne on our new record. Collectively, some of our favorite bands of all time have been part of this label, so it’s absolutely mind-blowing that we might be spoken of in the same breath as them. Since conversations first began with the team, they’ve been so supportive and enthusiastic about our grotty little band and the album we’ve made. We felt pretty sure that we’d made something quite special this time around and knowing that people with long and illustrious histories in the metal industry felt the same way – not to mention people who’ve worked with some of the genre’s biggest and best – it’s a pretty spectacular vote of confidence for five miserable miscreants from Hull.

“‘Endless’ is one of the earlier songs we wrote for the new record. It feels in a way like a microcosm of the whole album, in that it’s all over the place sonically yet somehow hangs together coherently. It goes from this shockingly anthemic — if not quite melodic – blackened opening, through a sinister chuggy bridge, and then ends in a chaotic, ‘90s-Converge-breakdown. Lyrically, it’s a bit of a meditation on the helplessness that comes when a human being becomes an emotional bargaining chip in a broken-down relationship. Typical jolly MASTIFF fare, really. We’re so disgustingly happy with how the video turned out too. Our old mate and Hull native Stew Baxter helped us put together a grimy, raw promo that feels in part a direct homage to some of the early-‘00s metalcore videos that inspired us so much back in the day, and part like a CCTV feed catching a crime against music on tape.”

UK five-piece band’s new song, ‘Endless,’ is one of the more immediately blackened songs on the record, but still brings in the hardcore energy. It’s a blend that’s reminiscent of bands like All Pigs Must Die, but with a more overt influence of bands like Converge, and if you listen closely, some Botch, Cave In and Coalesce sneaks in there as well.” – Decibel Magazine

Leave Me The Ashes Of The Earth will be released on CD, LP, and digital formats. Find preordering options at THIS LOCATION.

Masfiff will bring their odes of antipathy to stages this Fall on a short UK run with Calligram. See all confirmed dates below:

A miserable band from a miserable town. Masfiff hails from a tiny port city called Kingston Upon Hull, founded by 12th-century monks, and bombed to the brink of obliteration during World War II. Over the years, spiraling social depravity, poor education, and crushing economic collapse pummeled the English town, rendering it dreary and inhospitable. Hull is the end of the road for many, literally and figuratively, as its geographical location ensures that it’s not quite on the way to anywhere. It’s a specific type of human-made hell in which some folks seem destined to die without ever having left. It’s also the kind of place capable of grotesque beauty where suffocated artists might thrive.

Thank heavens for Hull, then, because MASTIFF churns out delightfully depressing missives of misanthropy. Determinedly swaying between harrowing bleakness and hateful immorality, MASTIFF weaponizes their world-weariness and wit with brutal sludge and volatile, raw, hardcore grind. If a festival featuring Napalm Death, Nails, Converge, and Tragedy somehow survived a “Hull Blitz” of the nuclear variety to emerge as a post-apocalyptic, five-headed beast? Its name would be MASTIFF.

A pair of early EP outbursts summoned a furious fuzzed-out thunder, reminiscent of the sludgy bar room brawl rock favored in New Orleans, with shades of the darkness cloaking fellow English bands of the doomier variety. Wrank (2016) and the Bork EP (2017) furthered the despair and paranoia.

And then sophomore album Plague blew the damn doors down. Recorded live-in-the-studio in just two days, Plague demonstrated MASTIFF ’s seamless shapeshifting from harsh noise to blackened hardcore and back again. The sludge still seeped from the foundations, like a foul stench from under the floorboards. Despite the raw recording setting, MASTIFF somehow sounded more polished and less restrained at the same time. A slew of stark raving reviews from sometimes disgust-adverse tastemakers like Kerrang!, Metal Hammer, and Metal Injection symbolized MASTIFF ’s momentum.

Masfiff sign with Entertainment One (eOne)to put their open-wound sound and spirit on display at shows with Crowbar, Biohazard, Conjurer, Cult Leader, and Iron Monkey, among others. They’ve proved adept and capable at delivering devastating performances with a diverse cross-section of heavy acts and their respective audiences. Festival appearances propelled the band’s miserable might, deepening a nascent cult status.