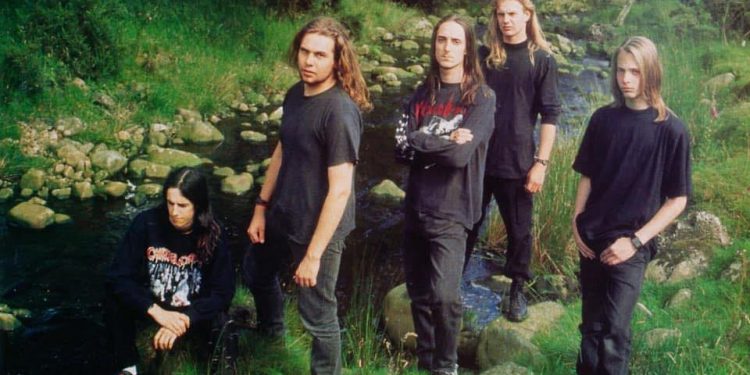 In 2019, Cosmic Key Creations issued a long overdue vinyl edition of Dance The Marble Naked , the debut full-length from UK-based cult doom conjurors, ENCHANTMENT , initially released in 1994 via Century Media Records. It was soon to be followed by a full reissue of the album on both CD and cassette formats by Transcending Records in 2020.

The renewed interest inspired the band to regroup and to set about completing their second full-length release, which was already written and composed back in 1994/5(!) but never made it to the recording stage. ENCHANTMENT dug up those old rehearsal tapes and finished the album over twenty-five years after the initial process making for an exciting time capsule that will take its listeners back to the heyday of the now legendary UK death/doom metal movement of the early ‘90s.

This very special and unique project will be brought to you exclusively by a joint partnership between Transcending Records in the US and Cosmic Key Creations in Europe. Further details including release date, preordering info and more will be revealed in the coming weeks.