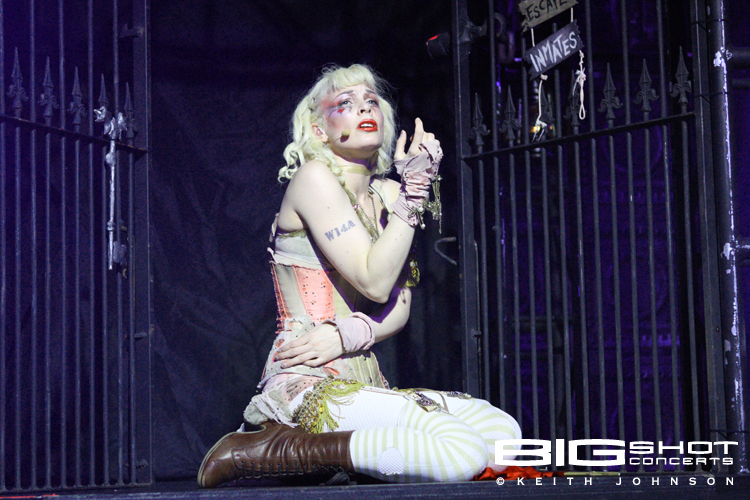 Emilie Autumn can Fight Like a Girl — and that certainly comes in handy when performing on the grounds of a Victorian insane asylum. It also helps to be backed up by a couple of Bloody Crumpets.

Officially billed as a concert, the show was more like a burlesque-inspired musical with stunning costumes and phenomenal set design. Emilie Autumn’s impressive vocal range was powerfully haunting and definitely inspired by anguish. From her solo as a frightened girl in front of the asylum gates to the confines of a wheelchair and high atop a clock tower, every word she sang touched the audience.

Between songs Captain Maggots, the sword swinging pirate of the Bloody Crumpets, entertained the crowd by playing with fire and dragging sharp objects across her tongue. And then there was Virtuous Veronica of questionable virtue. She did a titillating dance with feathers then pulled an eager female audience member on stage with the promise of a kiss. Sadly, the experience was more tease than please, and the fan went home with nothing more than a great memory.

Unlike most shows at Revolution Live, the Emilie Autumn concert ended with a spot of tea and muffins being tossed into the crowd. The audience ate it up. 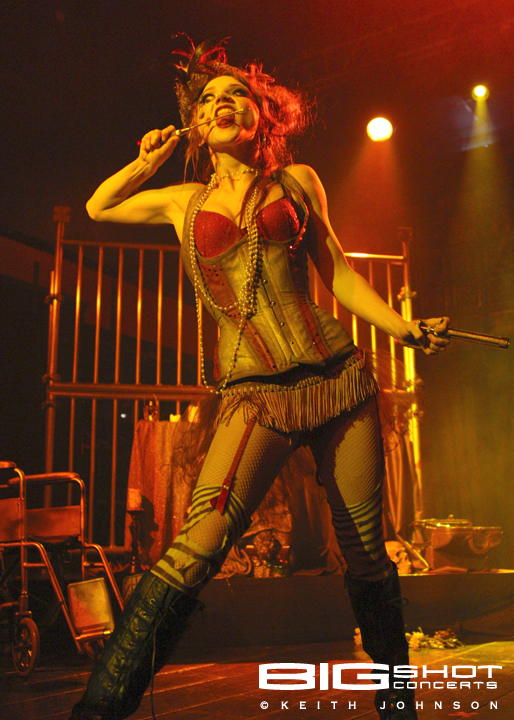 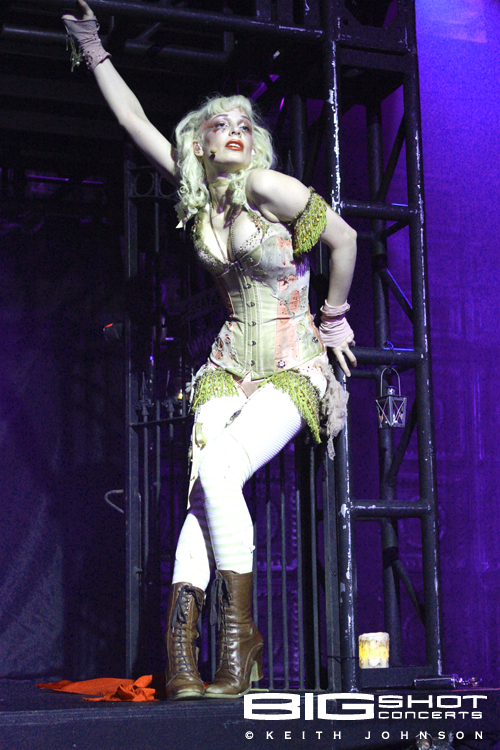 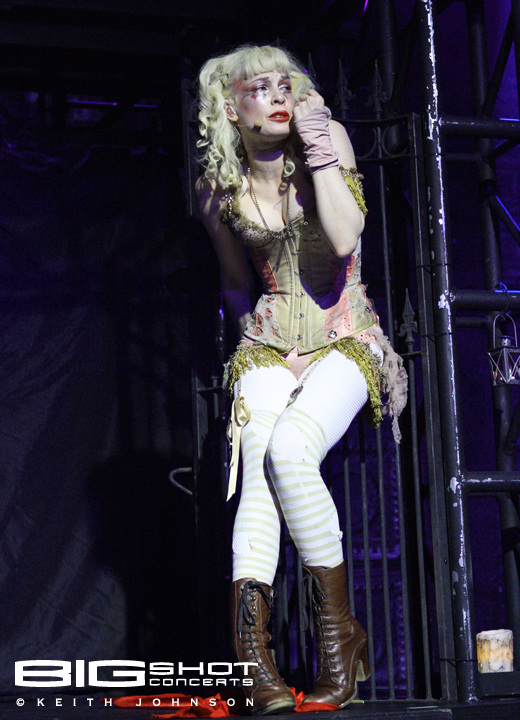 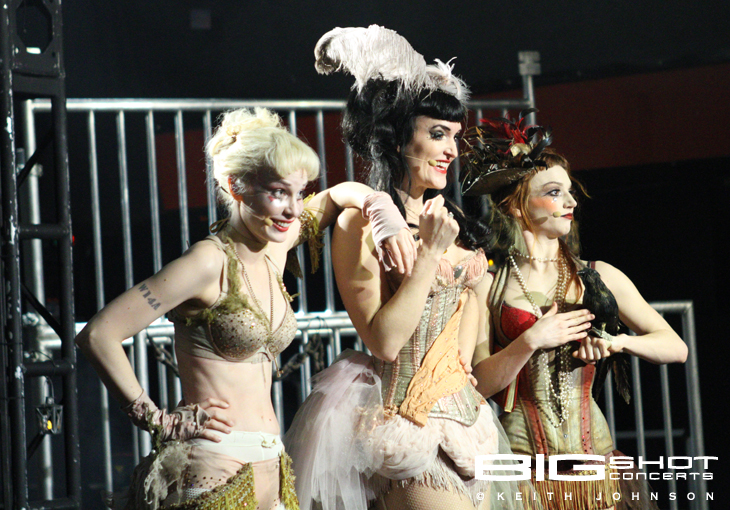 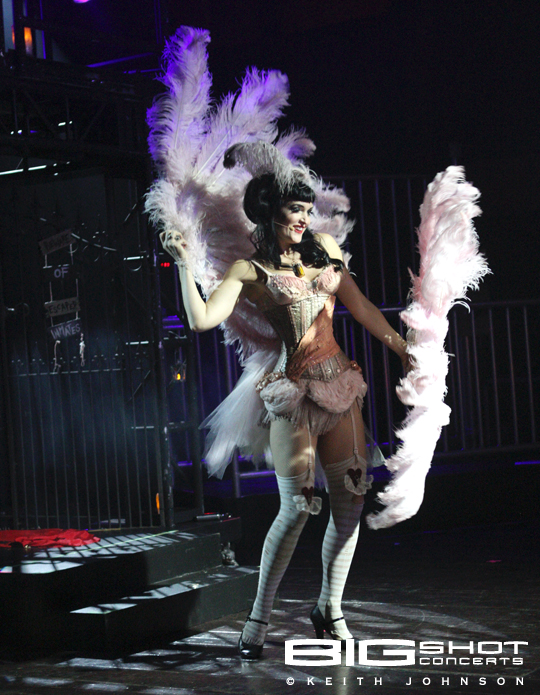 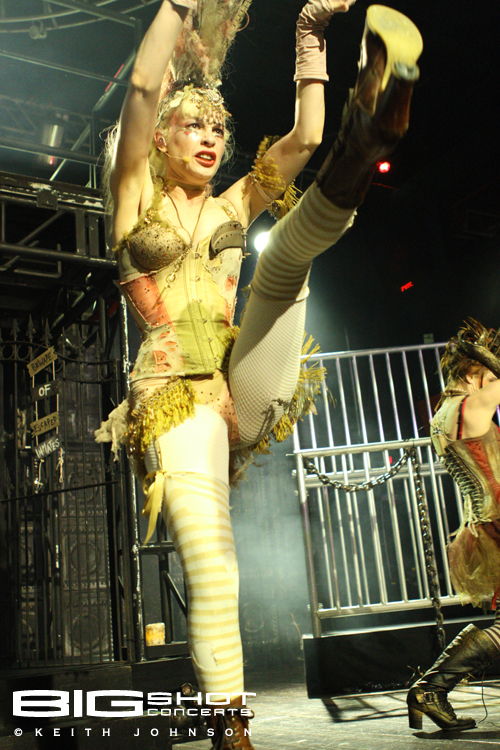 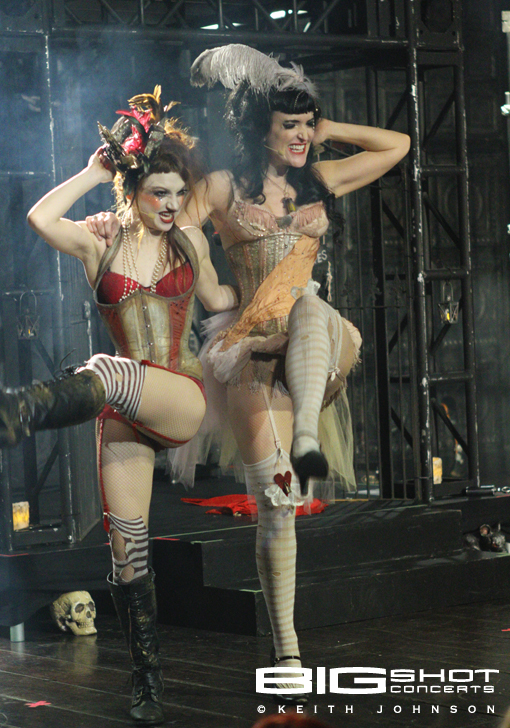 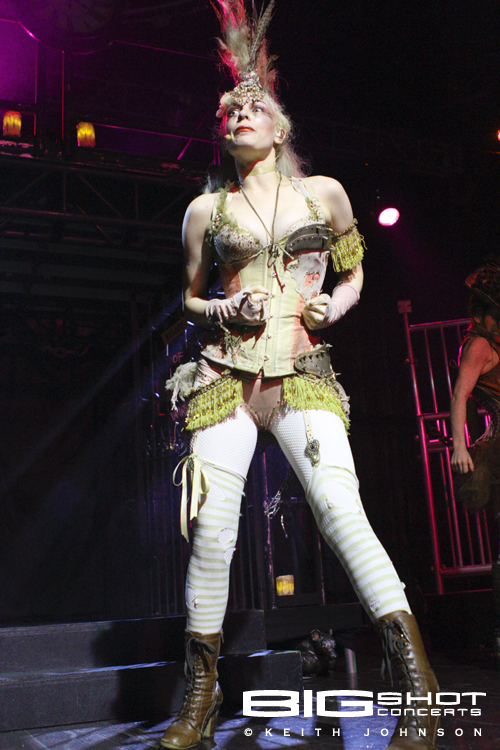 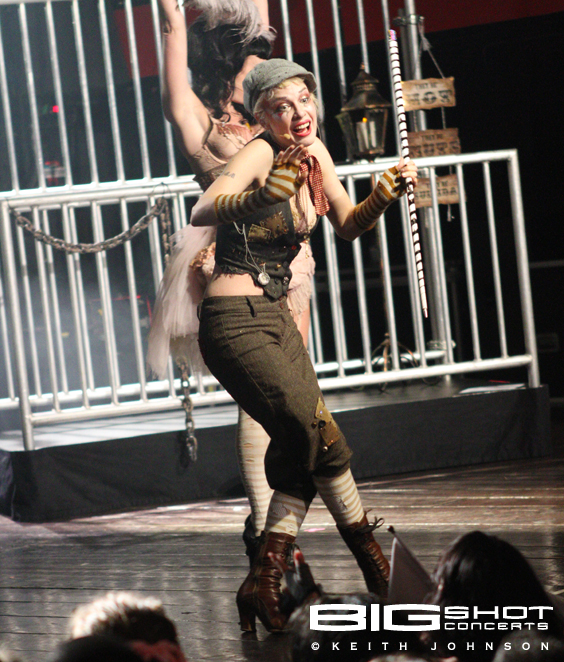 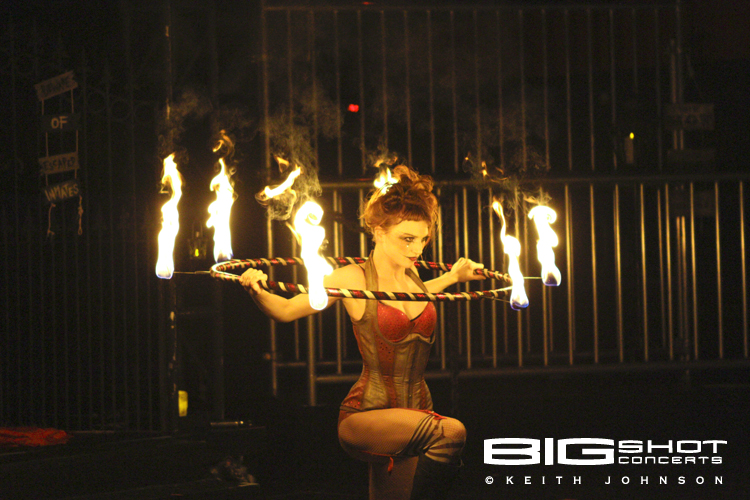 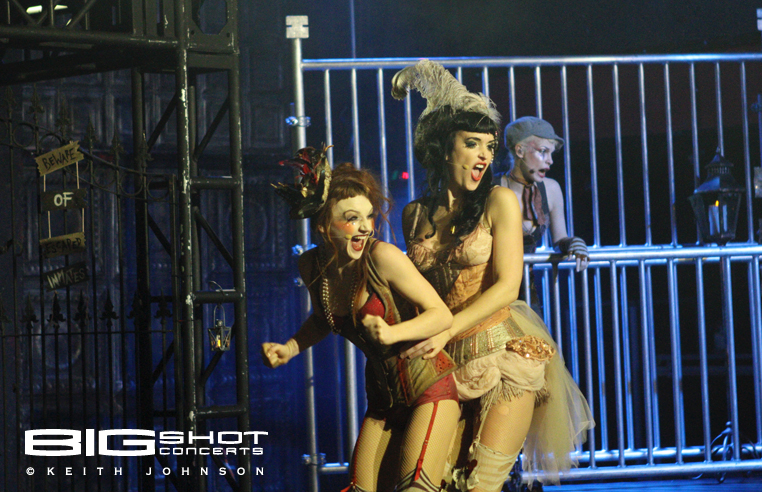 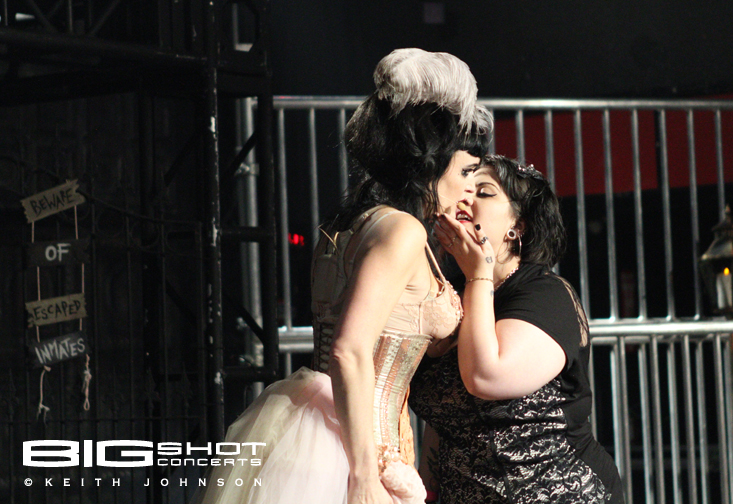 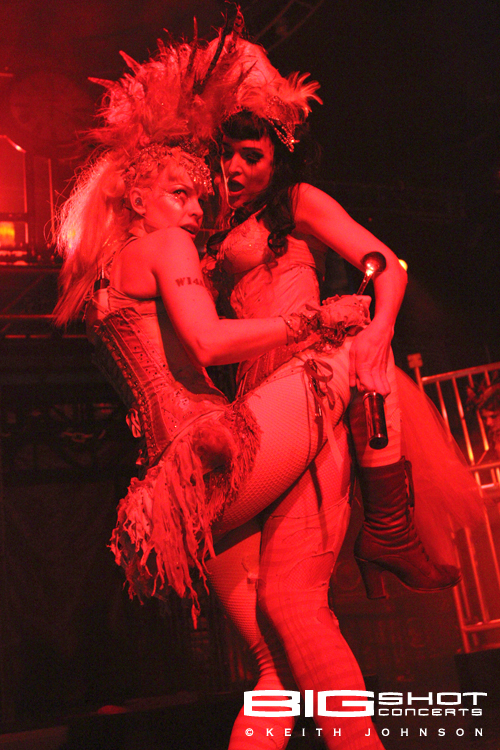 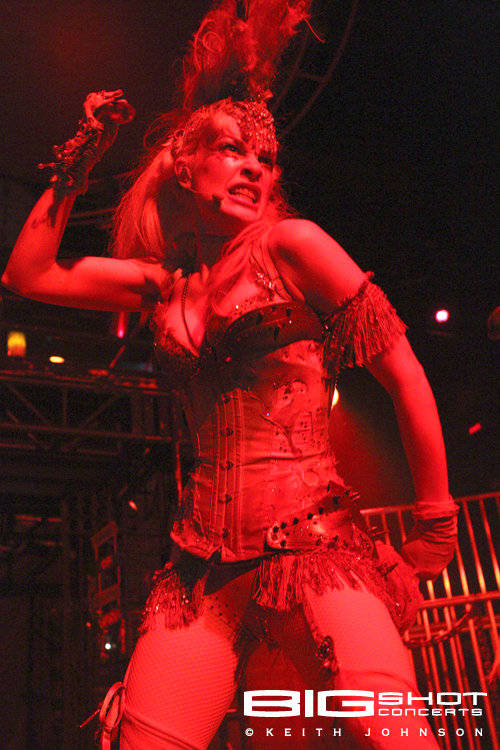 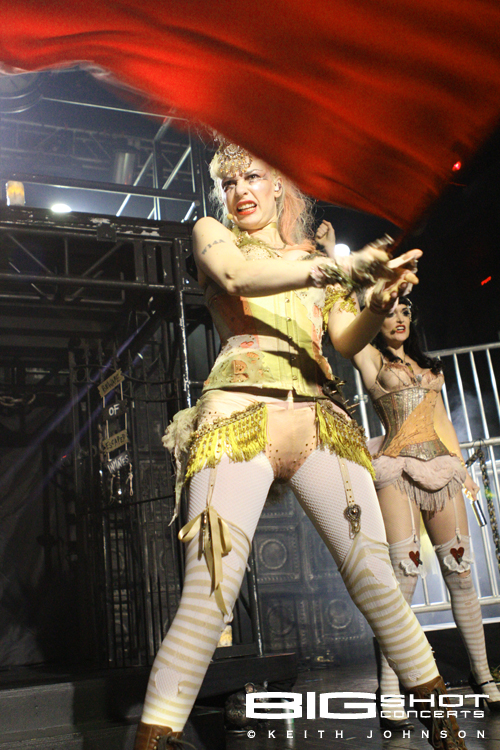 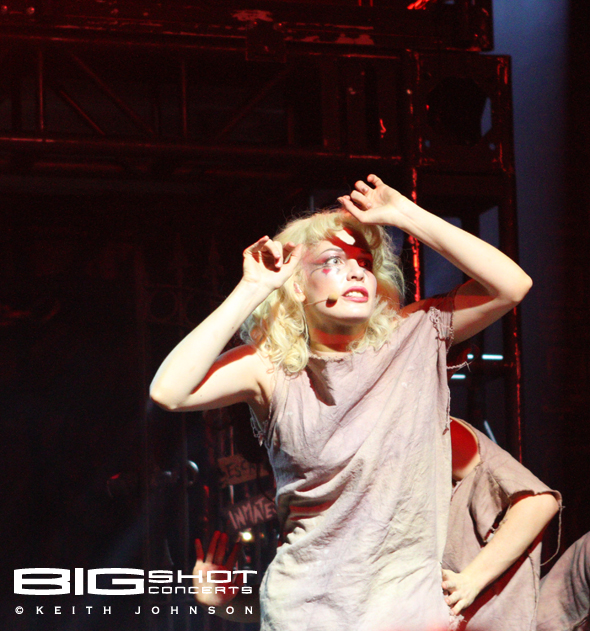 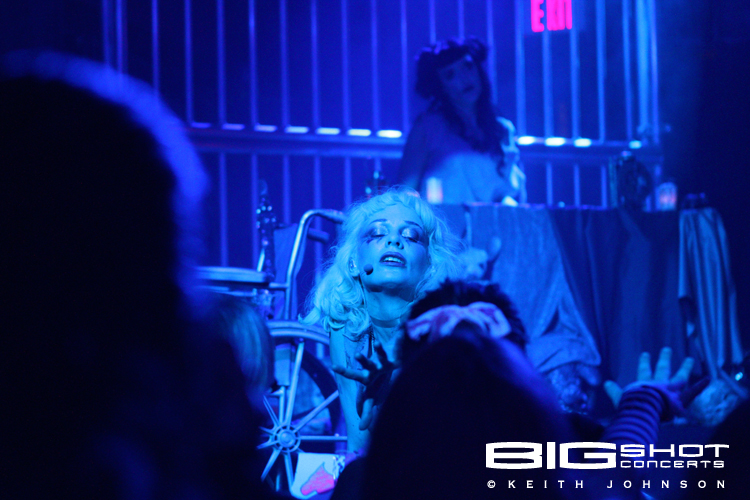