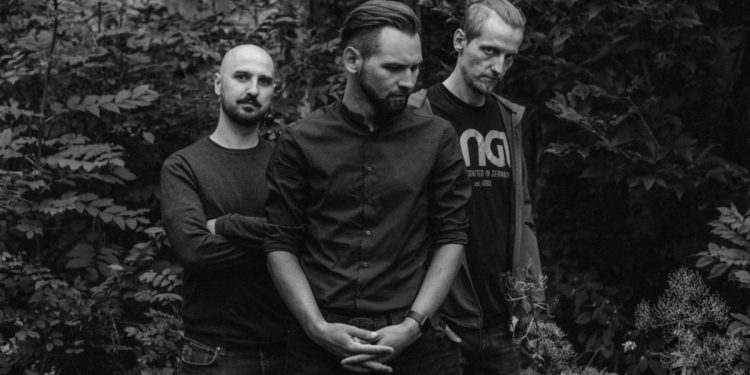 Dormant Ordeal album The Grand Scheme Of Things is the third release from the Polish technical death metal trio. It is their first record for Selfmadegod Records. Announcing the record for early December release, the lead single “Poetry Doesn’t Work On Whores” has been issued along with its cover art, track listing, preorders, and more.

Originally a one-man project, Dormant Ordeal was started by Radek Kowal in 2005. Three years and two demos later, Kowal was joined by crafted musicians and the project finally transformed into a regular band. The band’s first musical output, the More To Come EP, was released in 2009, the same year they played their first live show, which has since been followed by their bold participation in many more. Dormant Ordeal’s debut album It Rains, It Pours, released in 2013, received numerous positive reviews and paved the way for the band’s second offering. We Had It Coming, released independently in 2016, brought the band to a wider audience that unequivocally appreciated its latest musical development.

Selfmadegod Records will release Dormant Ordeal’s The Grand Scheme Of Things on CD and digital platforms on December 3, 2021.

Watch for additional audio previews to post over the weeks ahead preceding the album’s release.

1. At The Garden’s Gates
2. Poetry Doesn’t Work On Whores
3. Bright Constellations
4. Here Be Dragons
5. Letters To Mr. Smith
6. Let The Light In
7. Sides Of Defence
8. The Borders of Our Language Are Not The Borders of Our World

“The musicianship, the production and above all, the songs themselves are all solid as fuck.” – Toilet Ov Hell

“They’re gunning for the throne and might start toppling their idols soon.” – Metal Archives