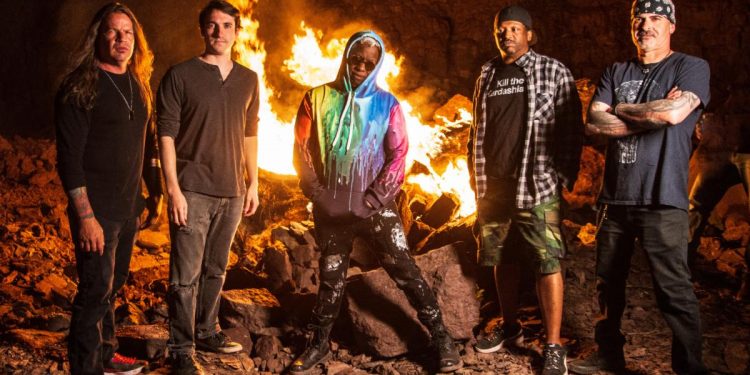 Disciples Of Verity (D.O.V.), the powerhouse newcomers fronted by vocalist Corey Glover, has revealed a new single and lyric video for the song “The Flow,” featuring a guest appearance by Sevendust drummer Morgan Rose, from the band’s upcoming debut, Pragmatic Sanction.

Fans were treated to an early taste of the single last week when it made its debut via Revolver.

Disciples Of Verity Video “The Flow”

“The idea that the world isn’t giving you what you deserve is universal,” Glover explains of the song’s concept. “ Given the unrest in the world, today it’s more than an idea.”

Rose adds, “Any time you get an opportunity to track music with a legend, you jump. The track f’n rips. Corey sounds better than ever.”

“The Flow” is available on all digital platforms. Visit https://ingroov.es/the-flow-d to download the single. Pragmatic Sanction is set for release on August 7. Pre-sales are available today via Bandcamp.