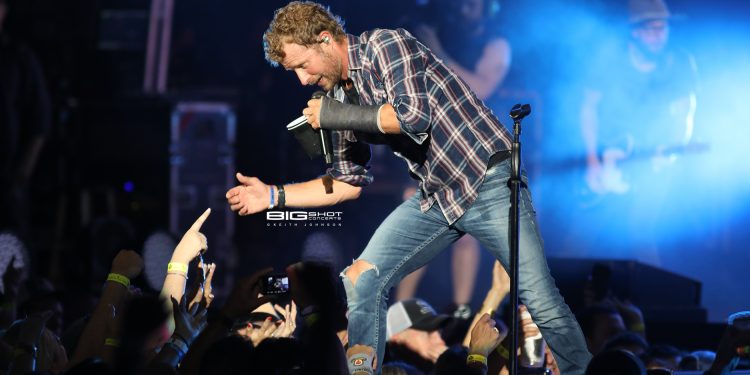 Those who came to the Burning Man Tour to sit back and take it easy were at the wrong concert. That’s because evry Dierks Bentley concert is a stand up on your feet raucous barn burner. The Arizona native got the party started with “Burning Man” from Mountain, his ninth studio album. He followed up with “Up on a Ridge” and something for the Florida crowd: “Somewhere on a Beach.”

Throughout his set, the American country music star volleyed between high-fives and handshakes with fans who eagerly pushed their way up to the stage. It was an interactive experience in a feel-good atmosphere that kept the concert revved up. Dierks Bentley also shared the stage. He brought Tinelle Townes back out for a duet on “Different for Girls.” Jon Pardi later joined him for “Am I the Only One.”

Backed by a massively talented five-piece band, he performed songs about drinking and relationships. A hearty cheer rang out when fan favorite “Drunk on a Plane” was played as part of his 17 song setlist. The party ended with the song “Free and Easy (Down the Road I Go).” And he did it with the same vibe he started the show with — full of energy.

Jon Pardi provided direct support for Dierks Bentley Burning Man Tour in South Florida. The style of the singer, songwriter and record producercan be best described as classic country with a modern twist. His love for performing live shined through as he entertained the fans. His passion fanned the flames of enthusiasm emanating throughout the venue and set the tone for a night of great live music under a starry night.

Canadian country music singer Tinelle Townes played a feisty set that included her first radio single “Somebody’s Daughter.” The talented musician was at ease on stage and dazzled those in attendance with her captivating vocals and guitar playing. Early in her career she was nominated for Female Artist of the Year in the Canadian Country Music Awards. Her set in West Palm Beach, Florida confirmed that she deserved to receive that honor and her future looks bright.

The biggest dream of Hot Country Knights is to play Wildhorse Saloon on a Saturday night. That didn’t happen in West Palm Beach, Florida. They did, however, play to a packed house at Coral Sky Amphitheatre on Friday night — and live up to their mantra: Keep country drivin’ on. Frontman Doug Douglason strutted onto the stage sporting a leopard skin vest and mullet. Some say he bares a striking resemblance to Dierks Bentley, but the two have never been seen on stage together at the same time.

His bandmates, looking equally impressive dressed in fashion that was popular in another era, proceeded to play a concert filled with songs made famous by other artists. Lil’ Doug, the son Big Rhythm Doug never knew he had, even joined the guys on stage for a little dancing and singing. Doug also passed out roses to the fans. Though it’s uncertain if any were chosen to pursue a meet and greet backstage. 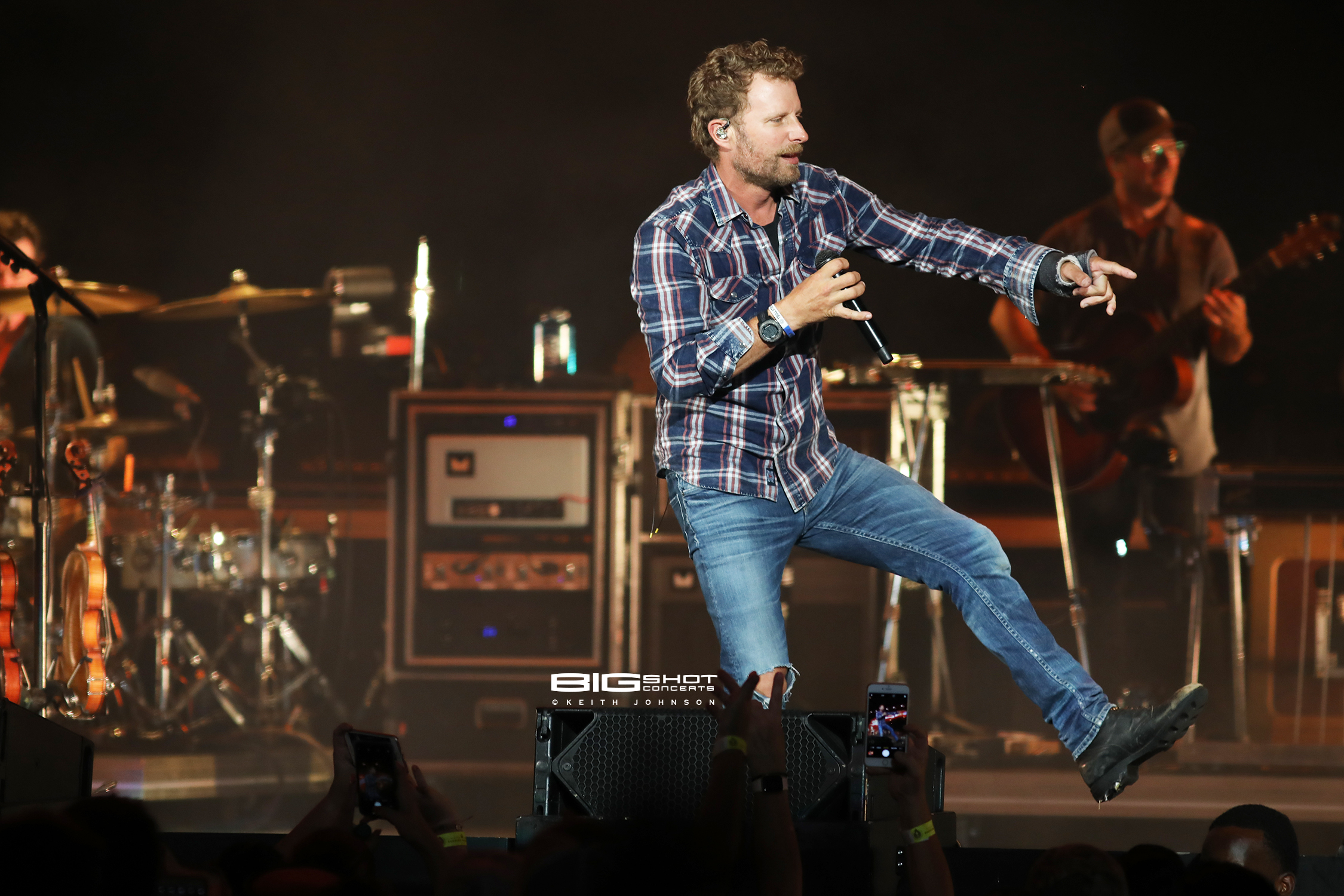 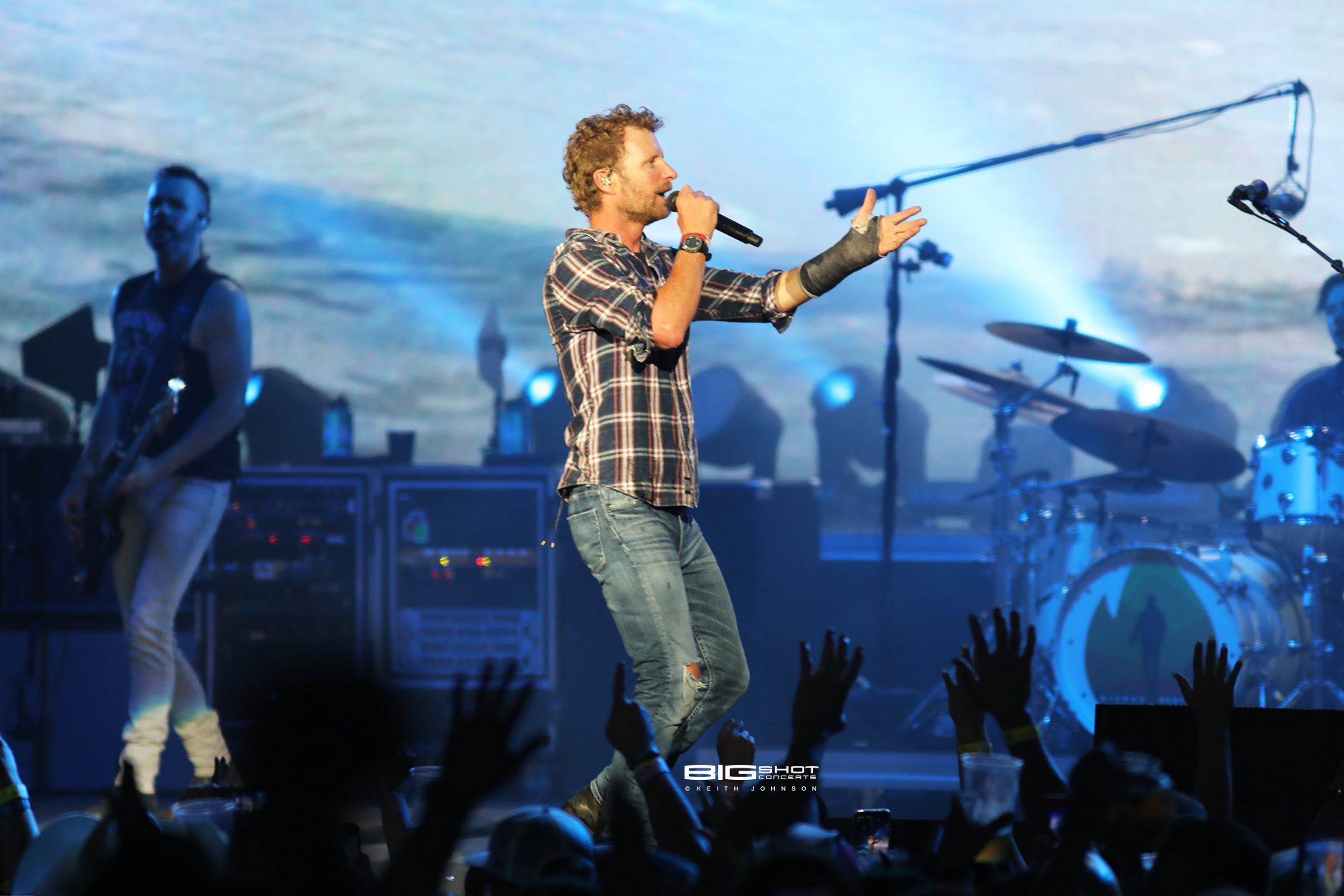 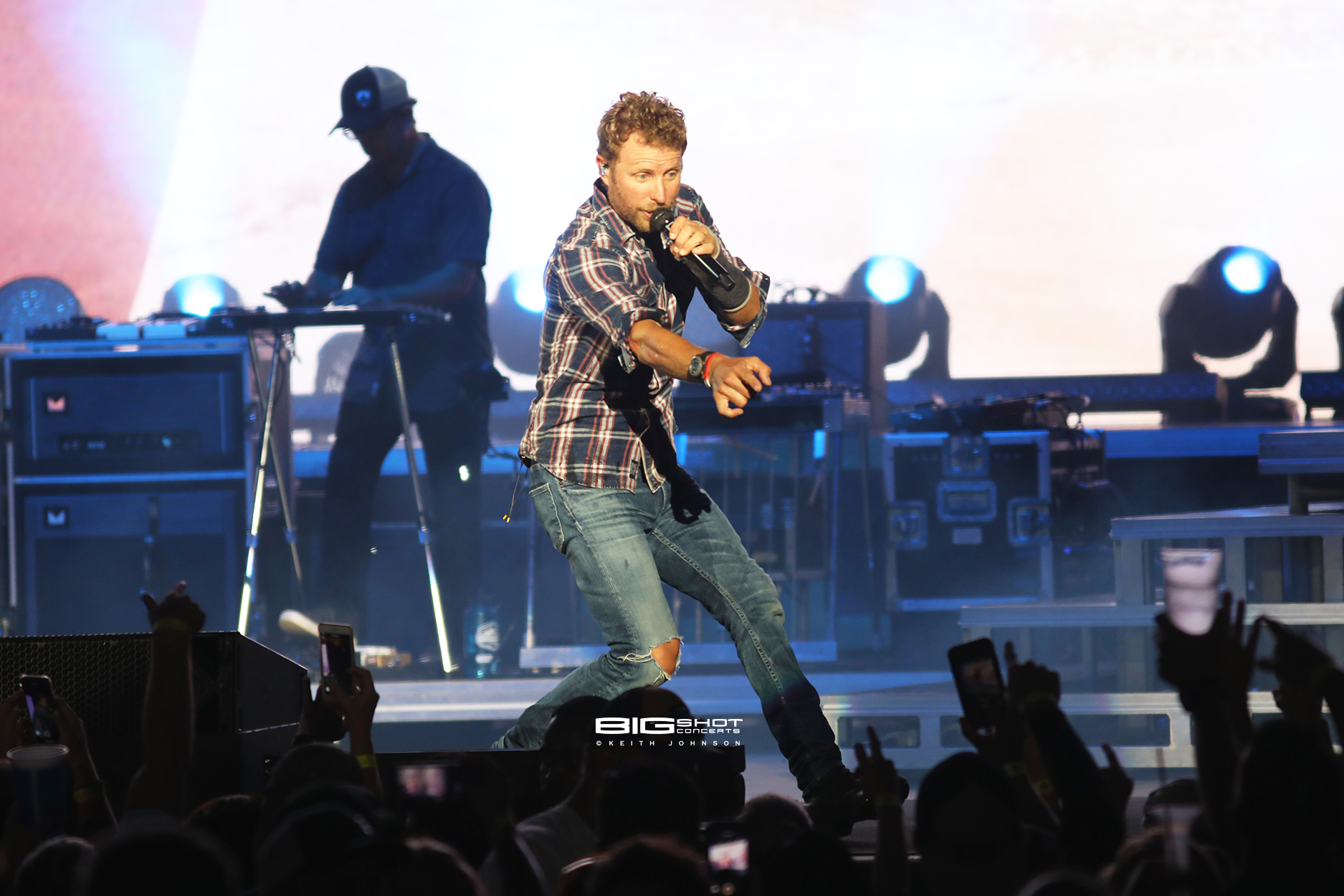 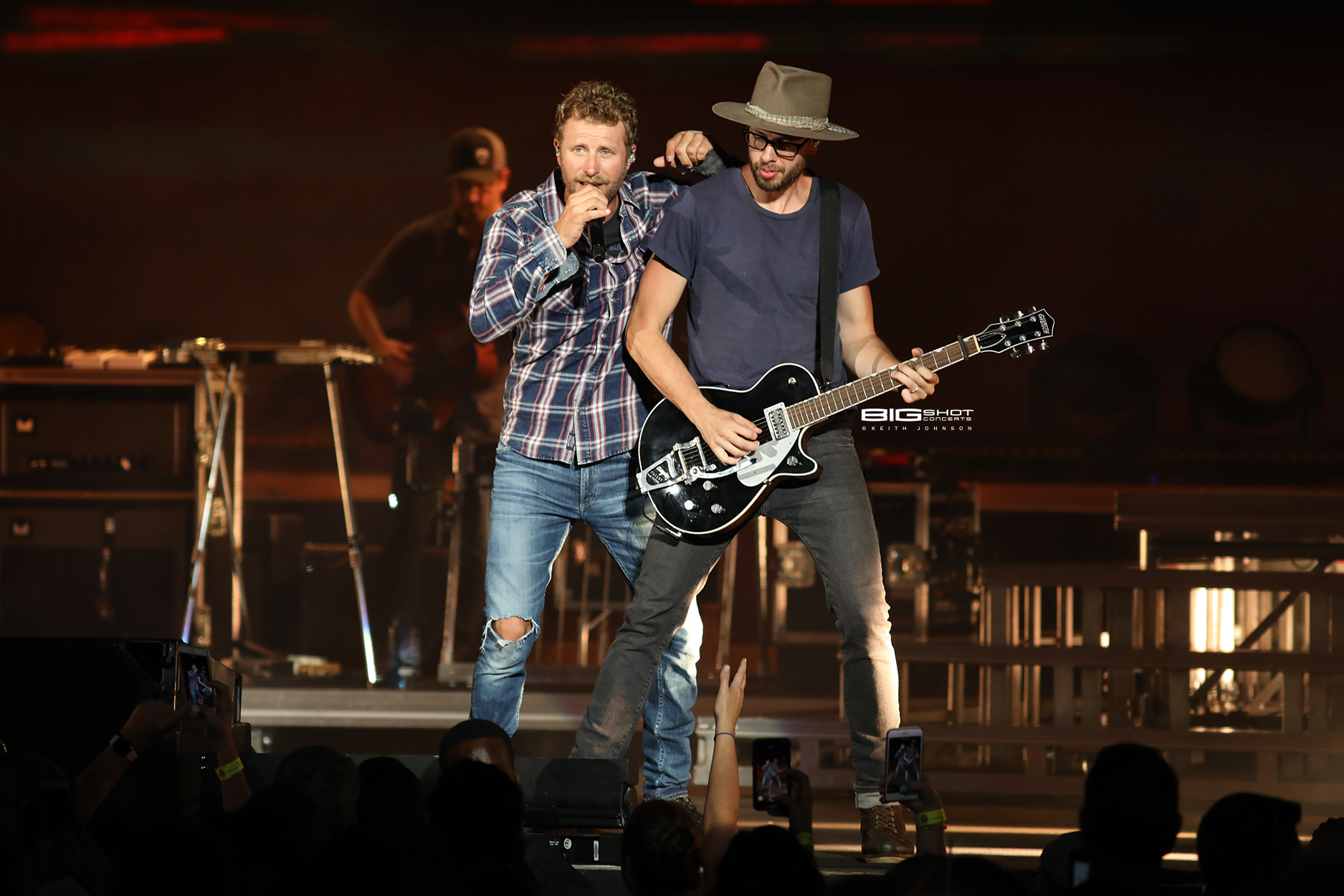 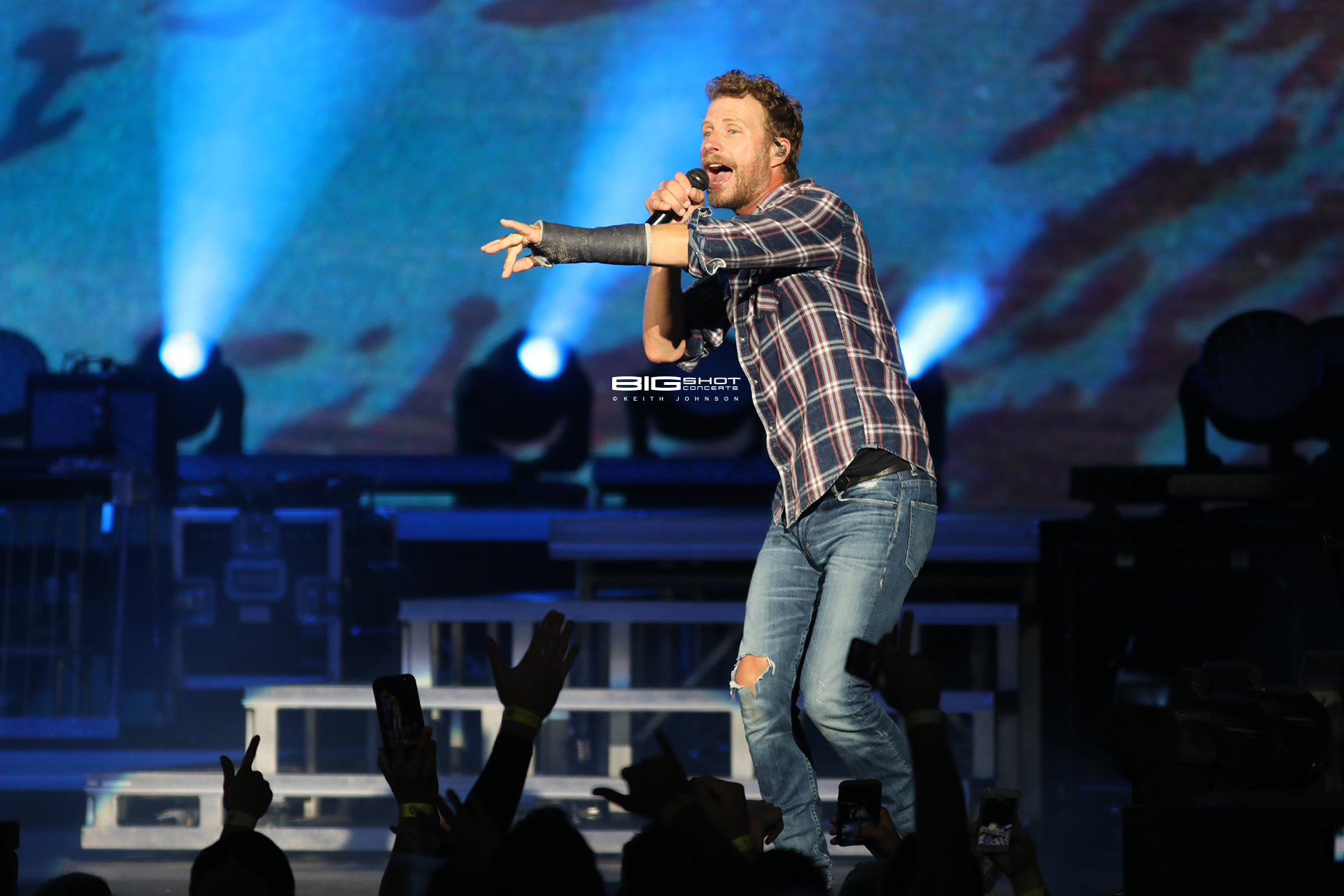 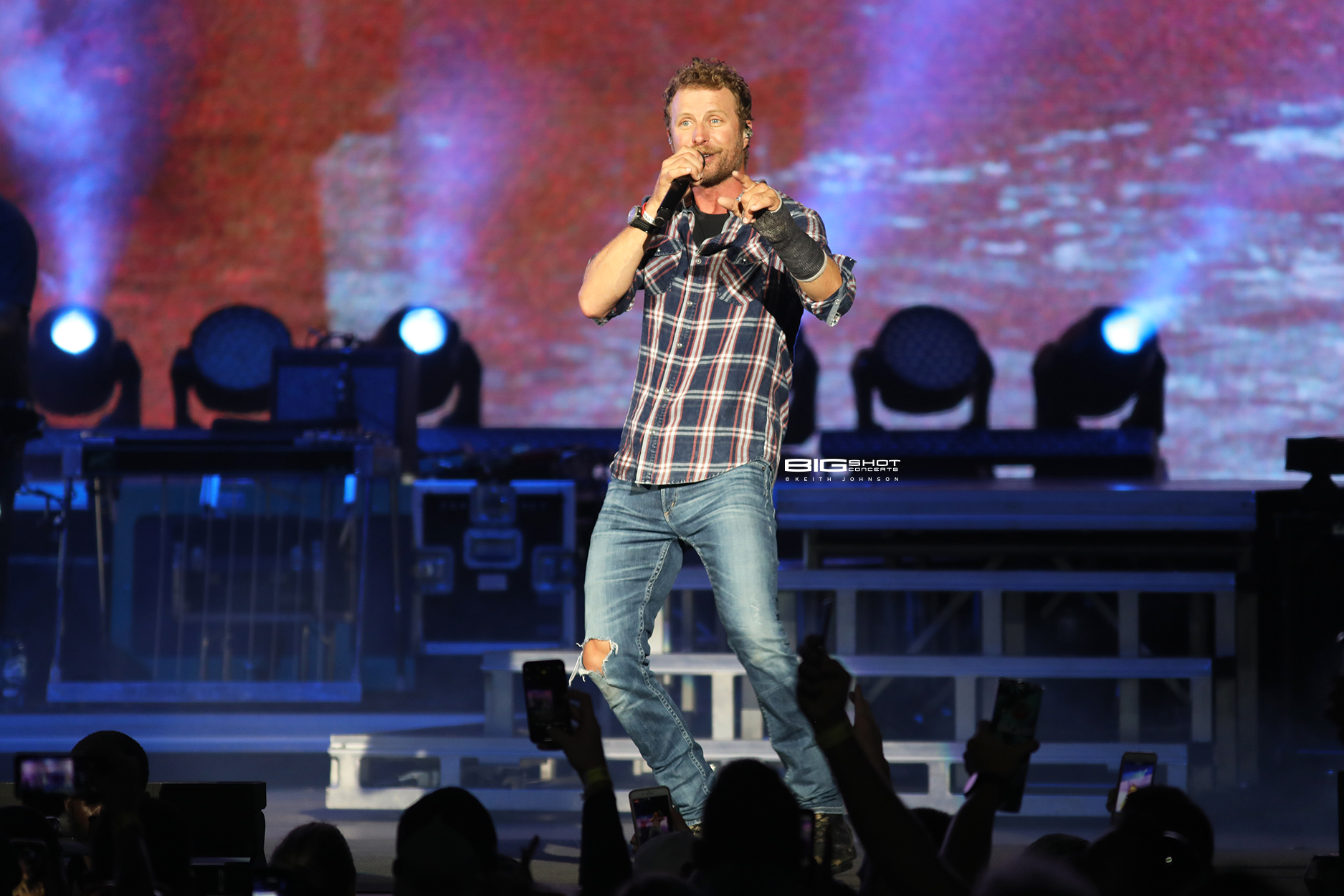 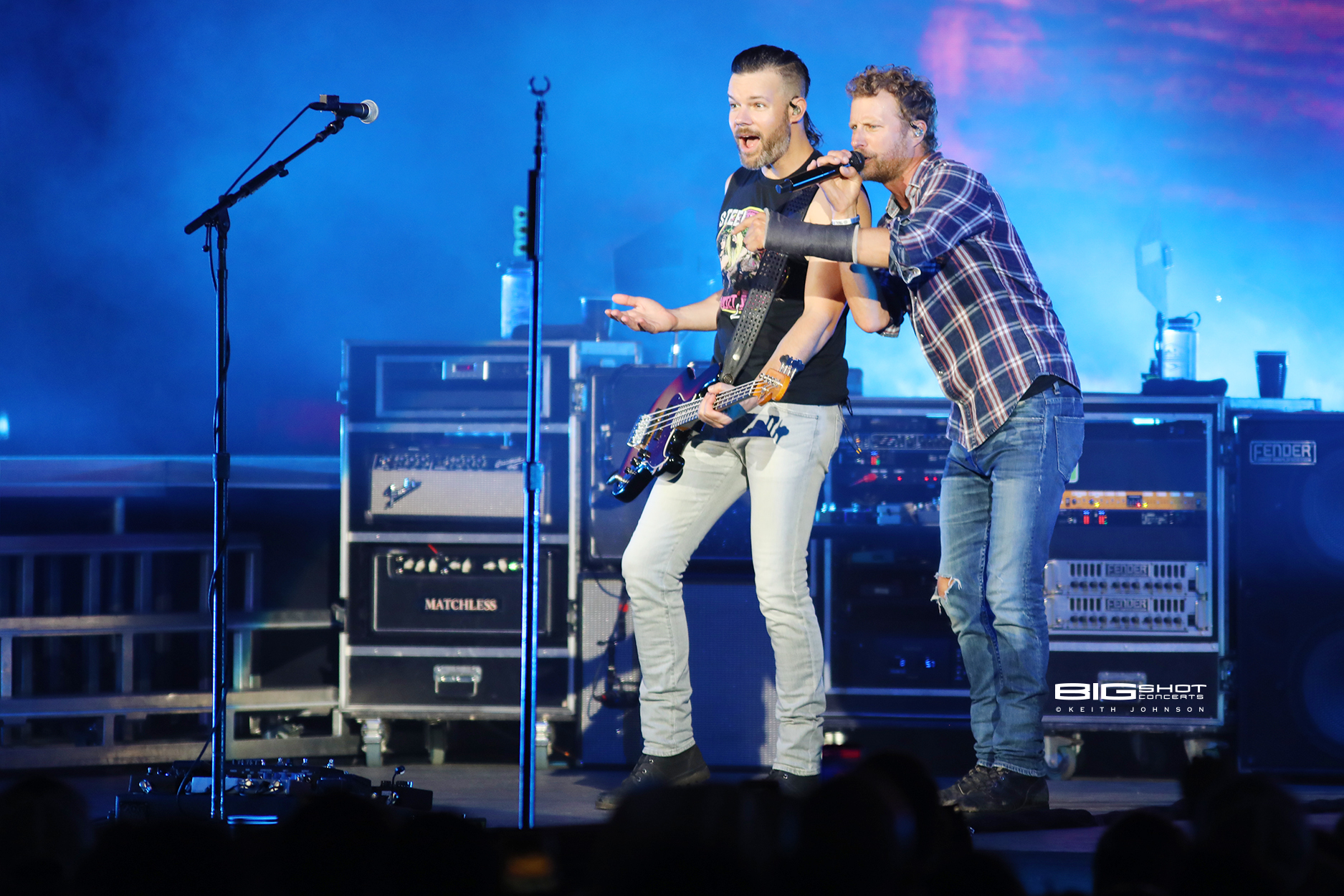 Dierks Bentley and his bass player ham it up on stage. 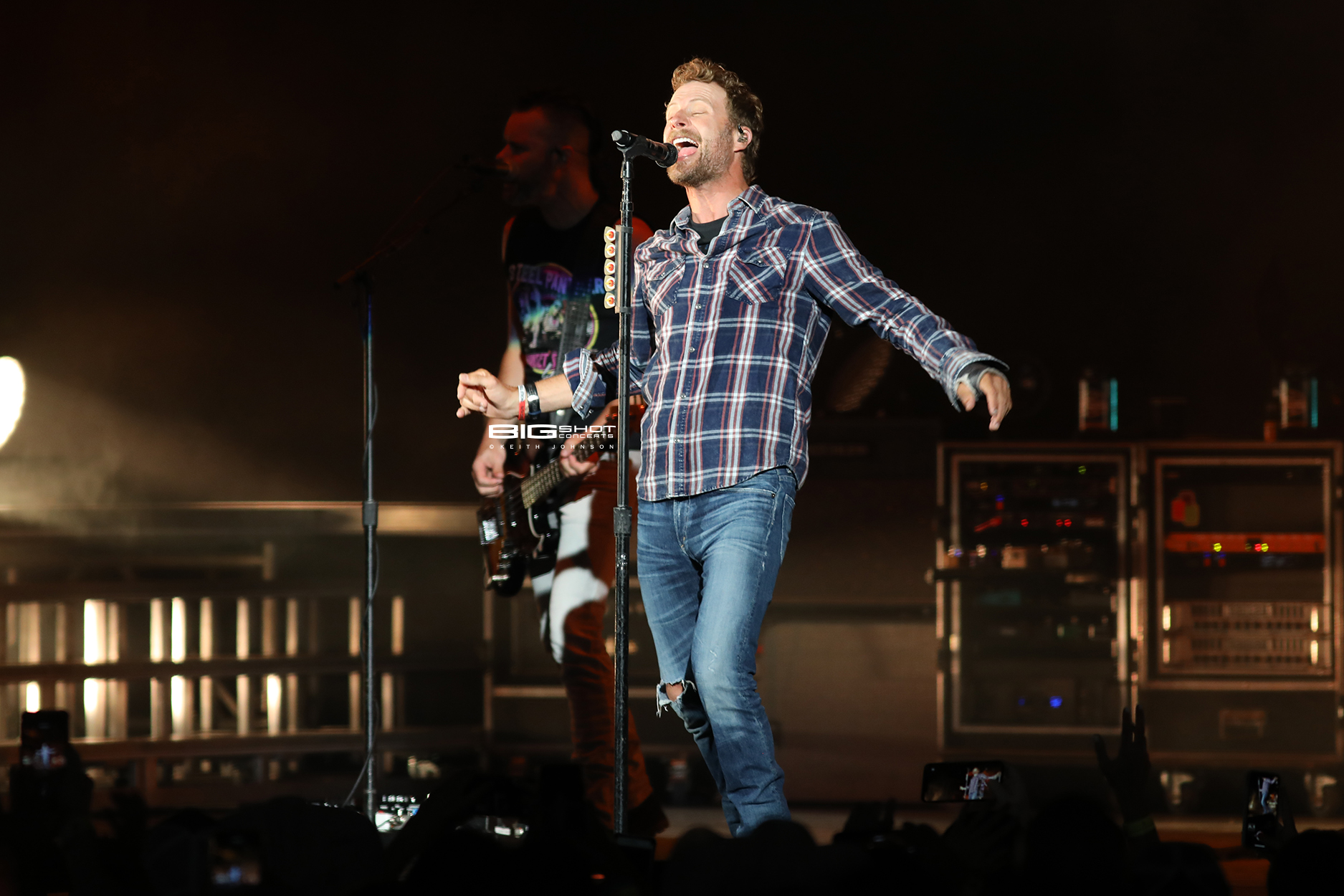 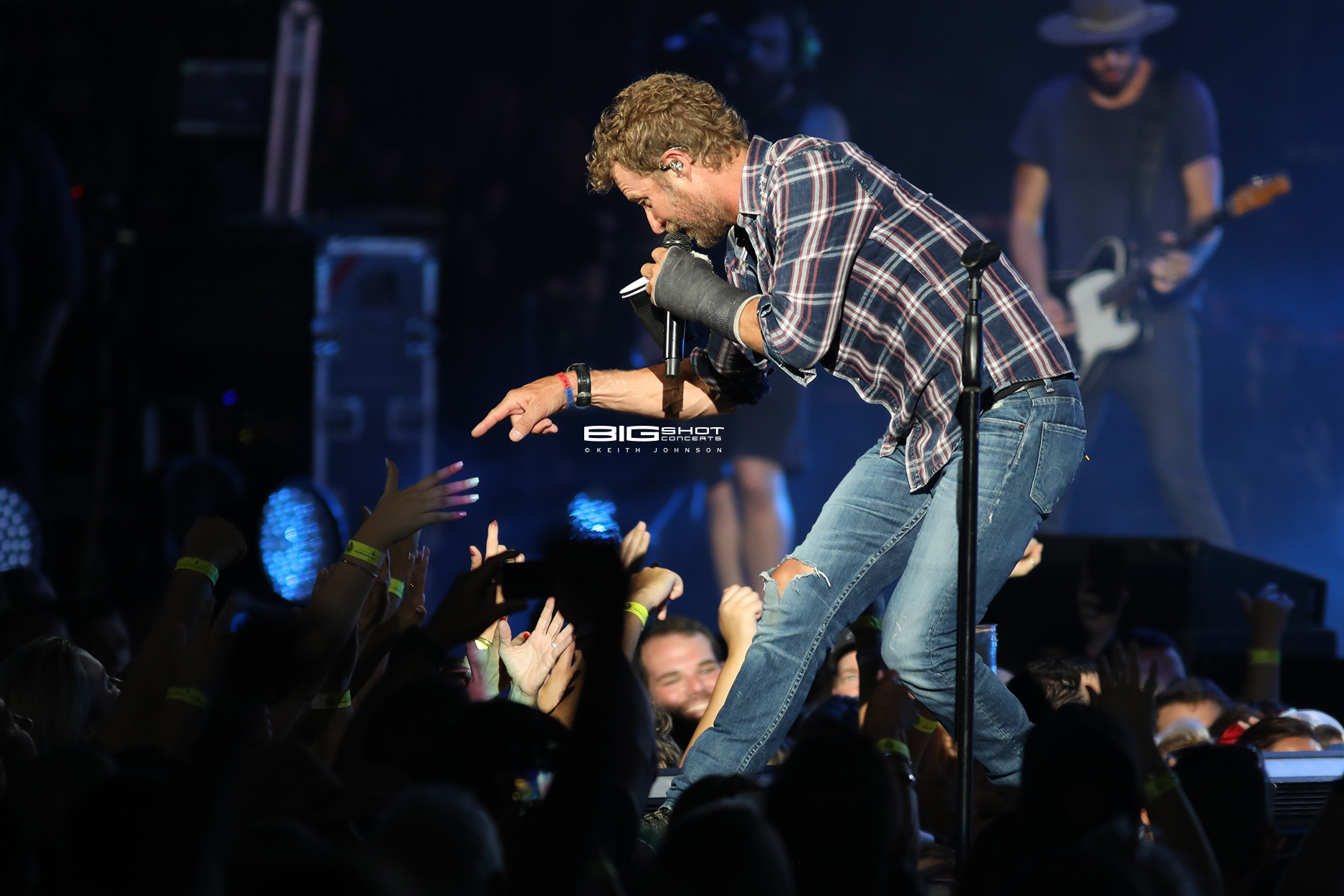 Dierks Bentley points to a fan at Coral Sky Amphitheatre. 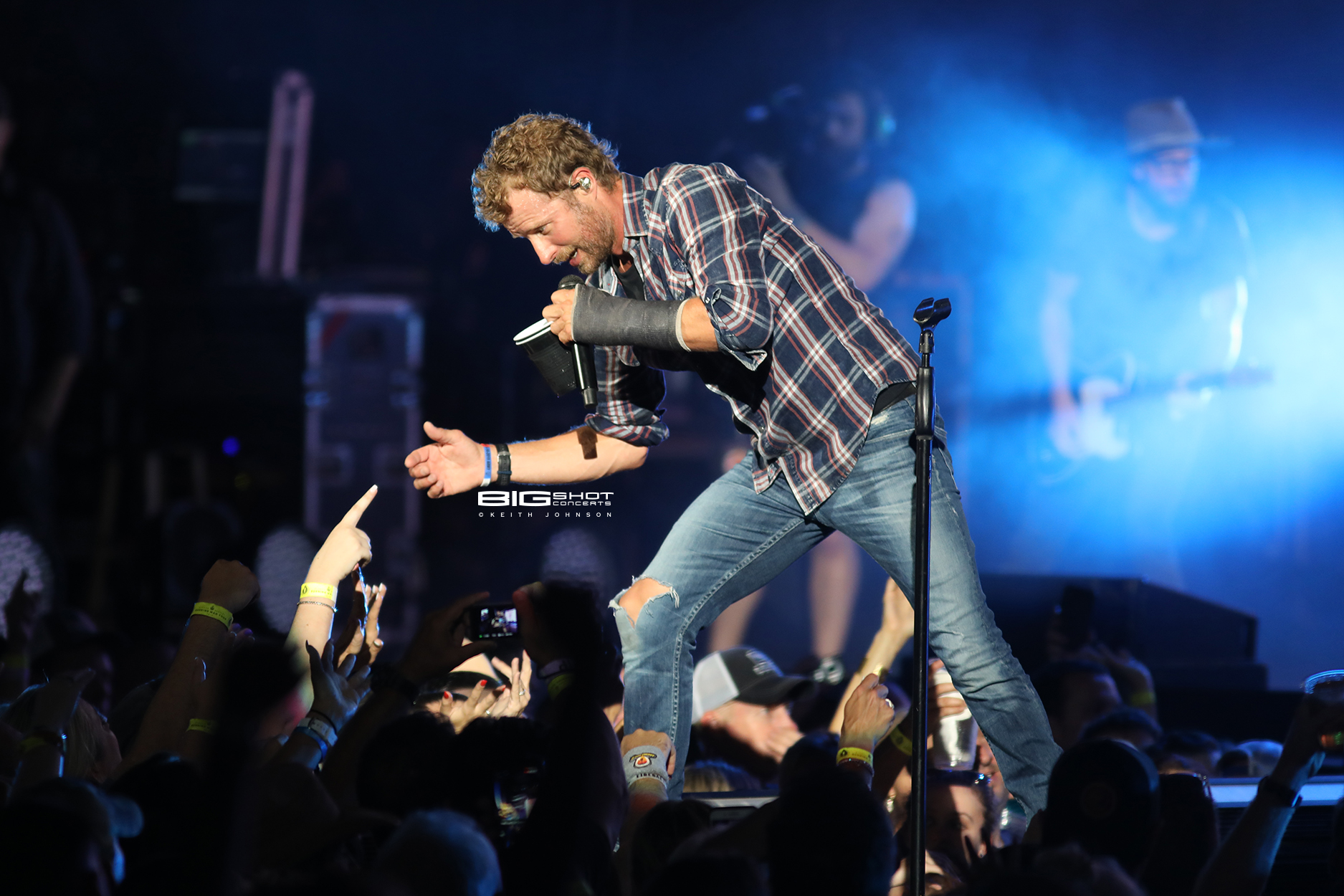 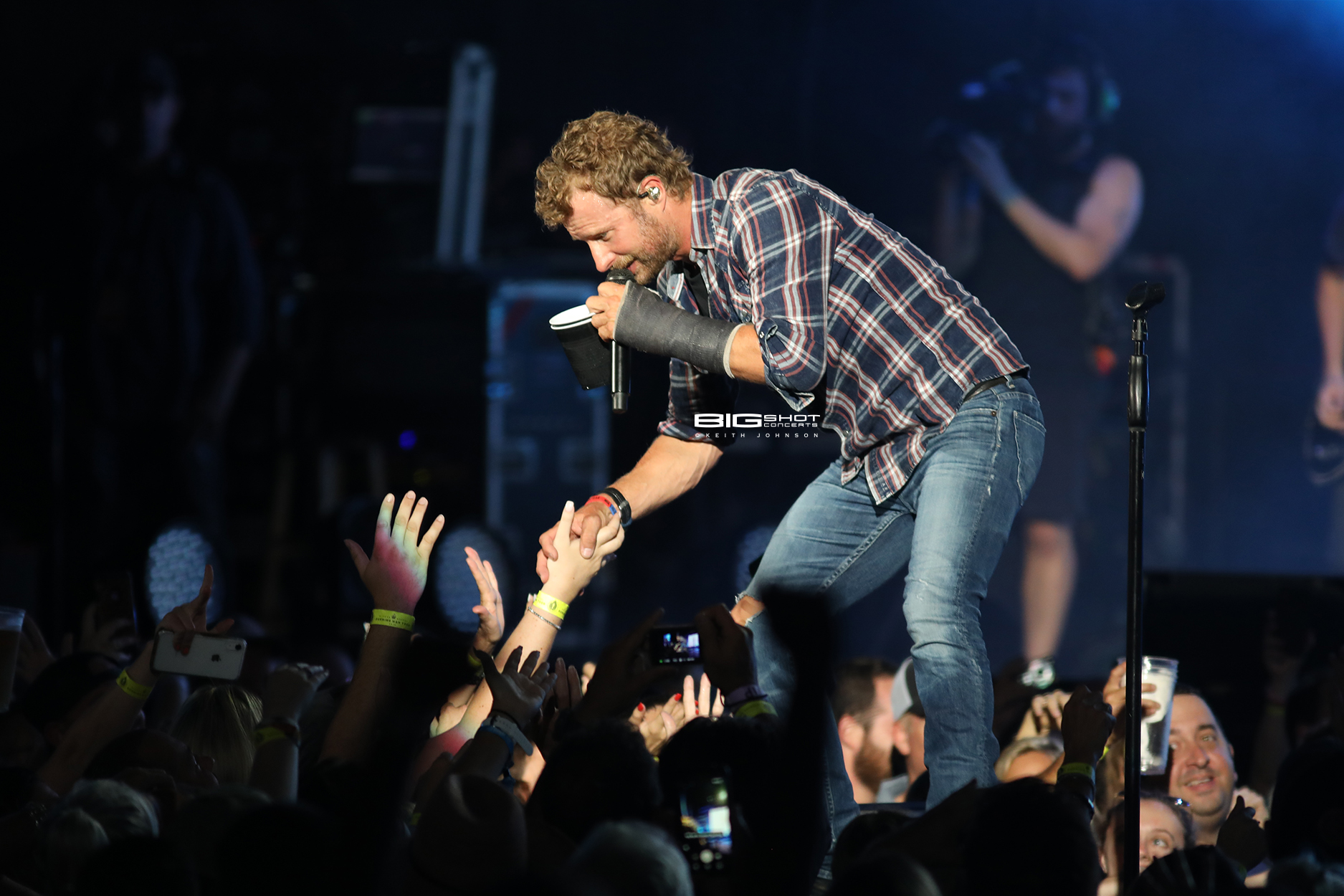 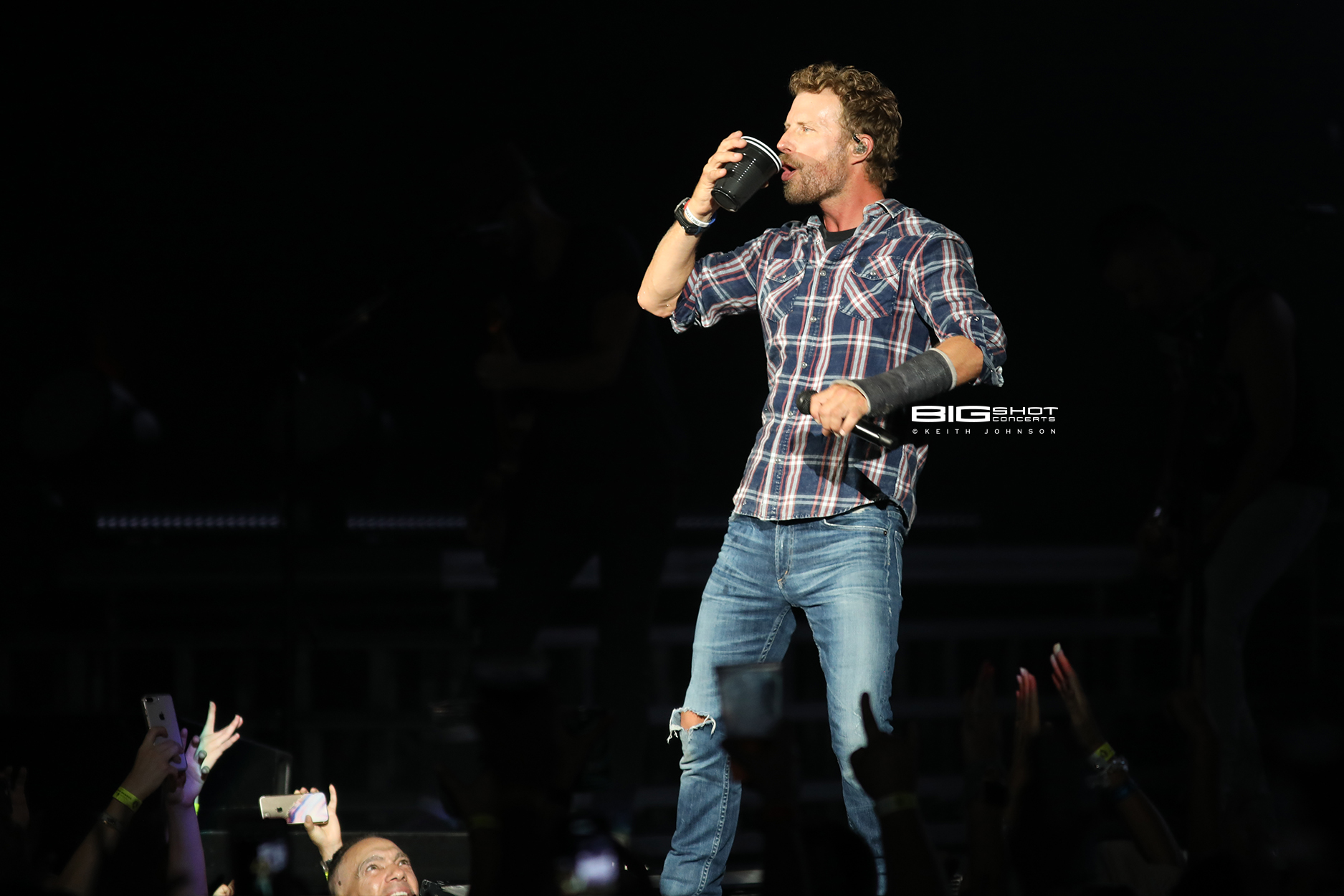 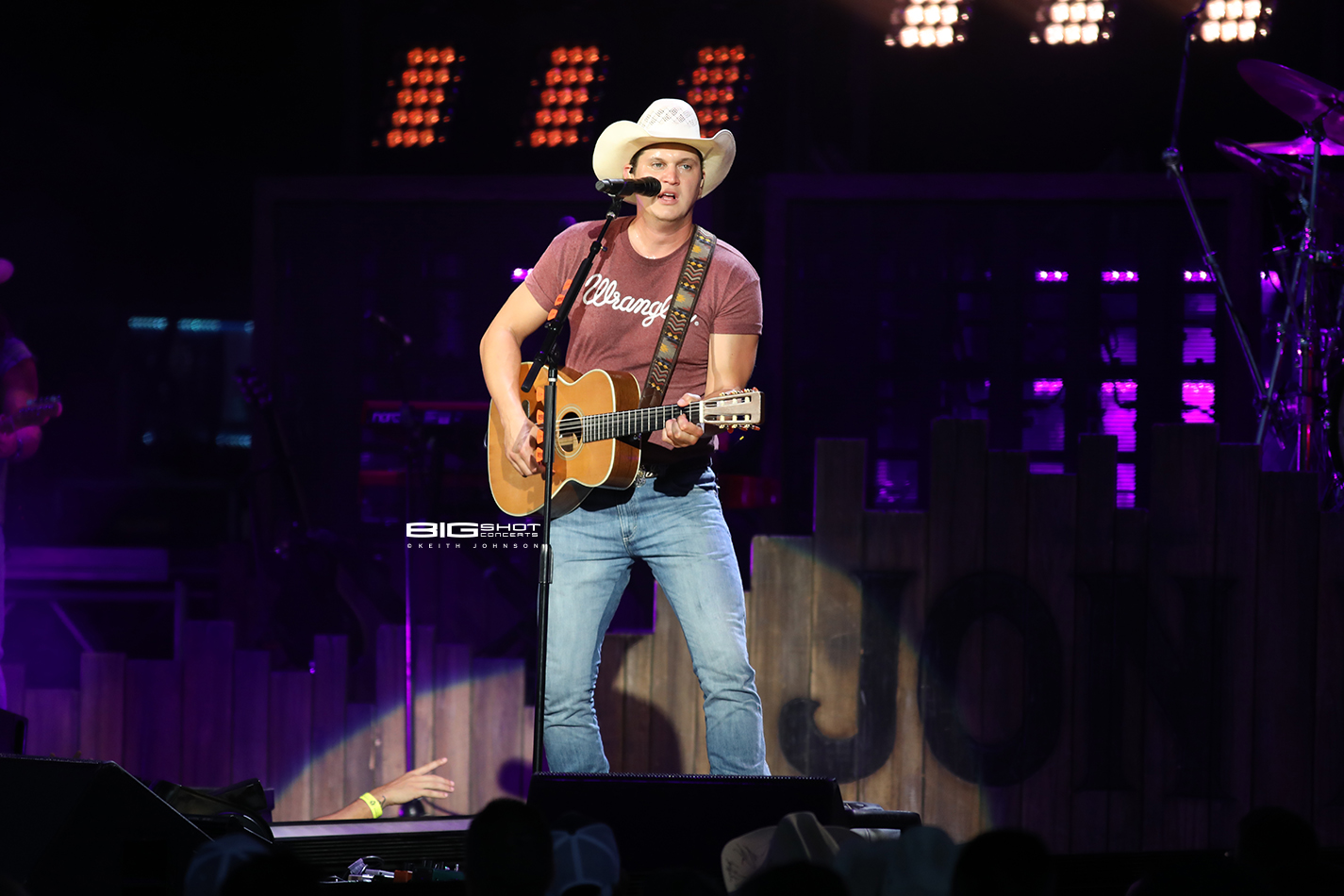 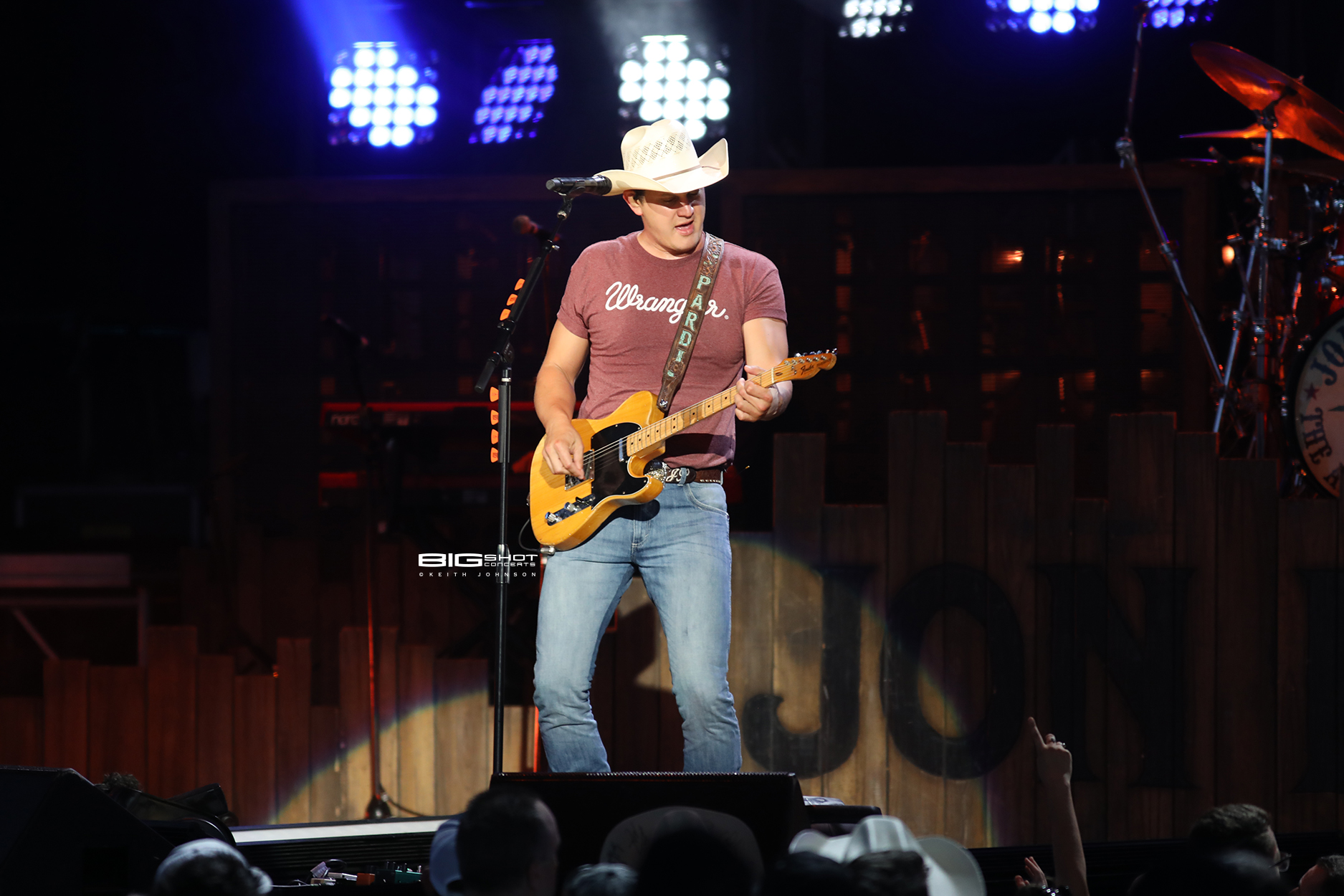 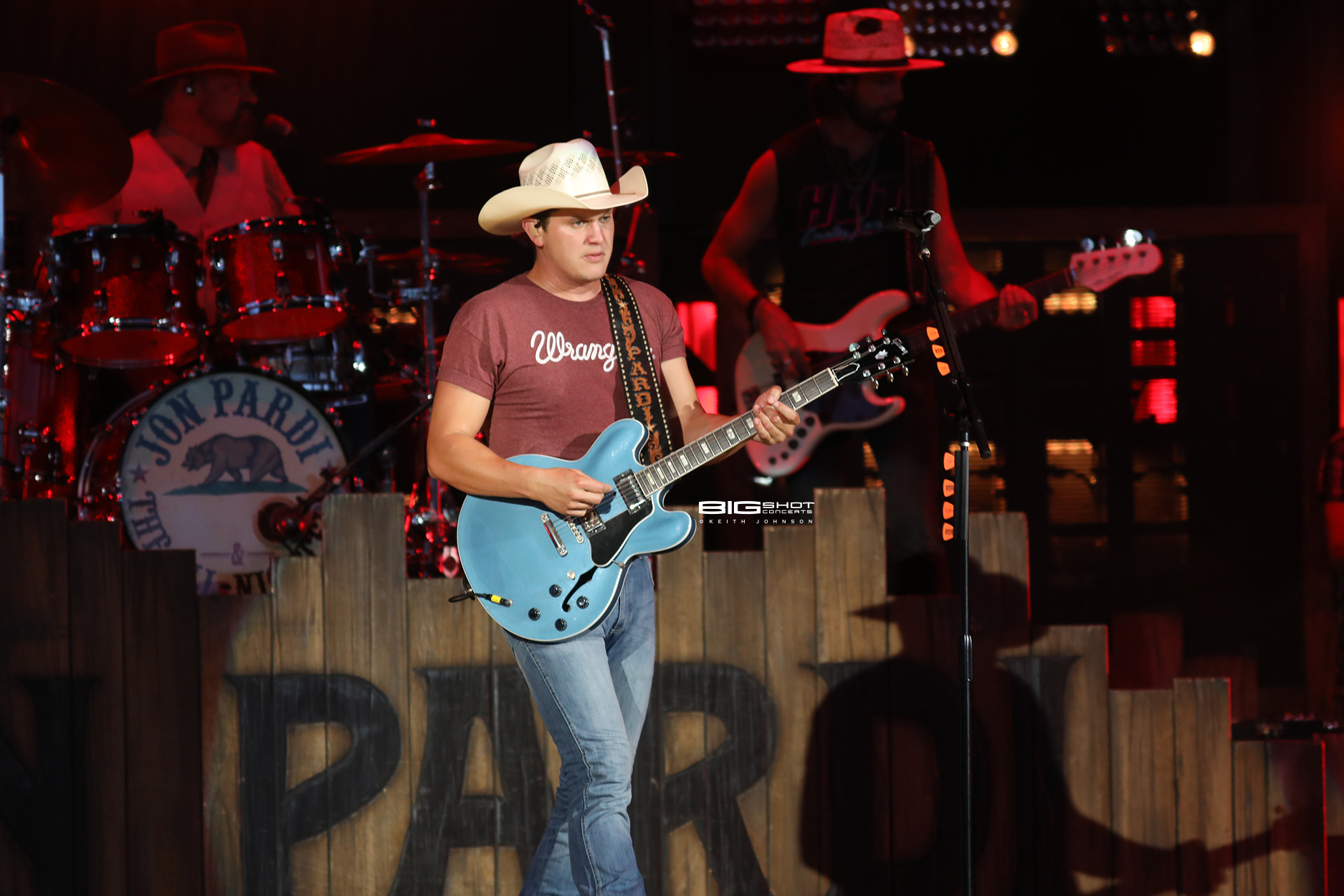 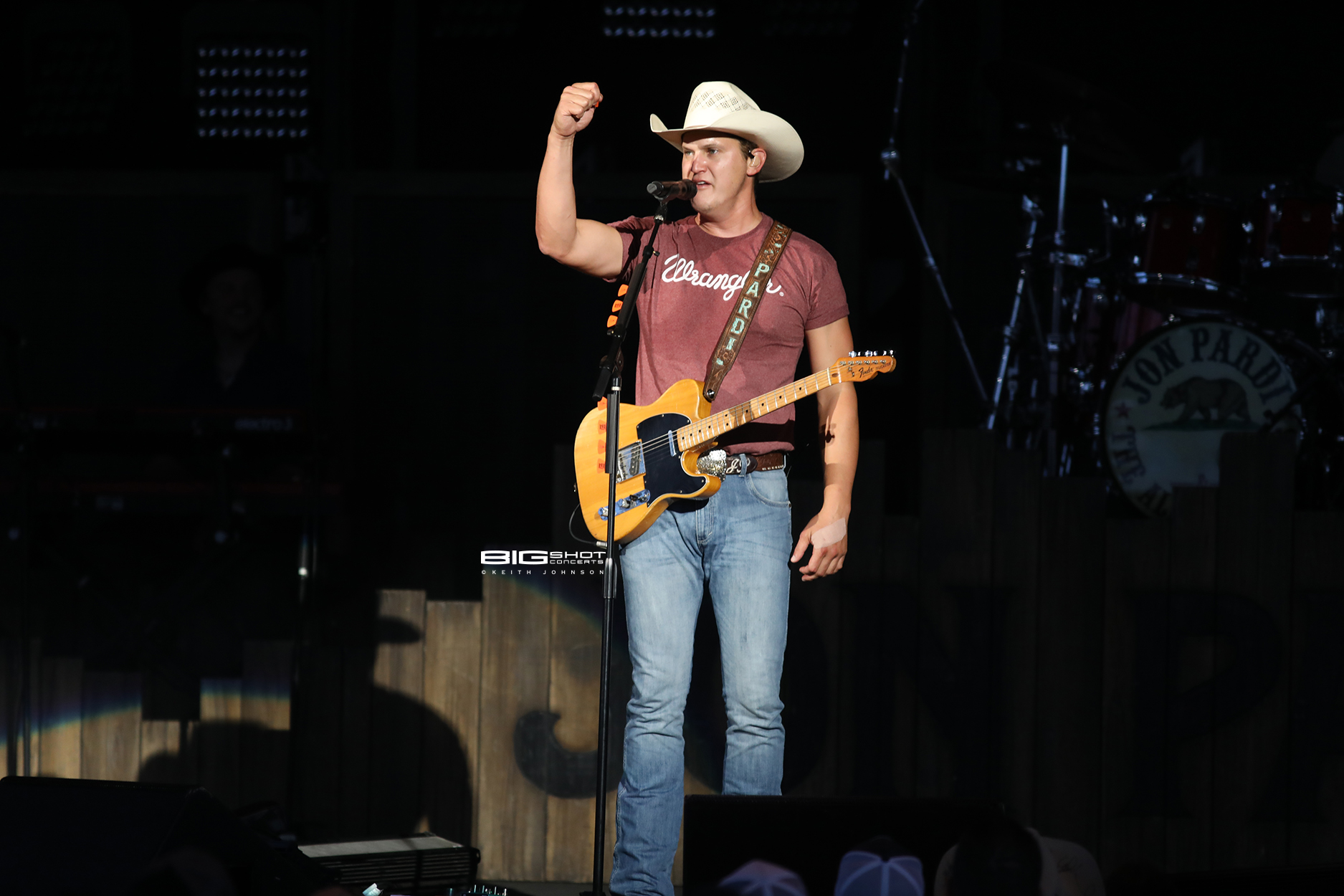 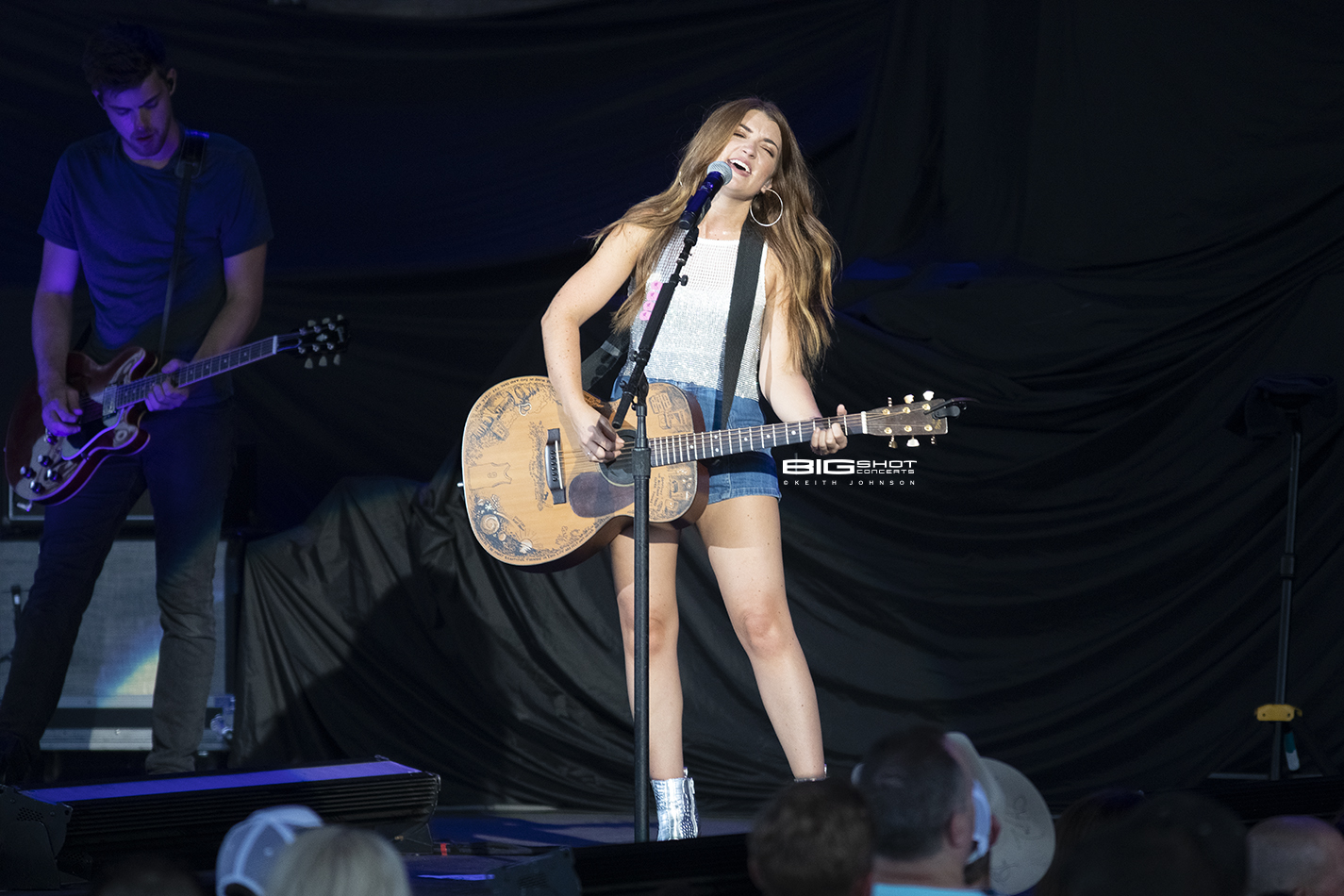 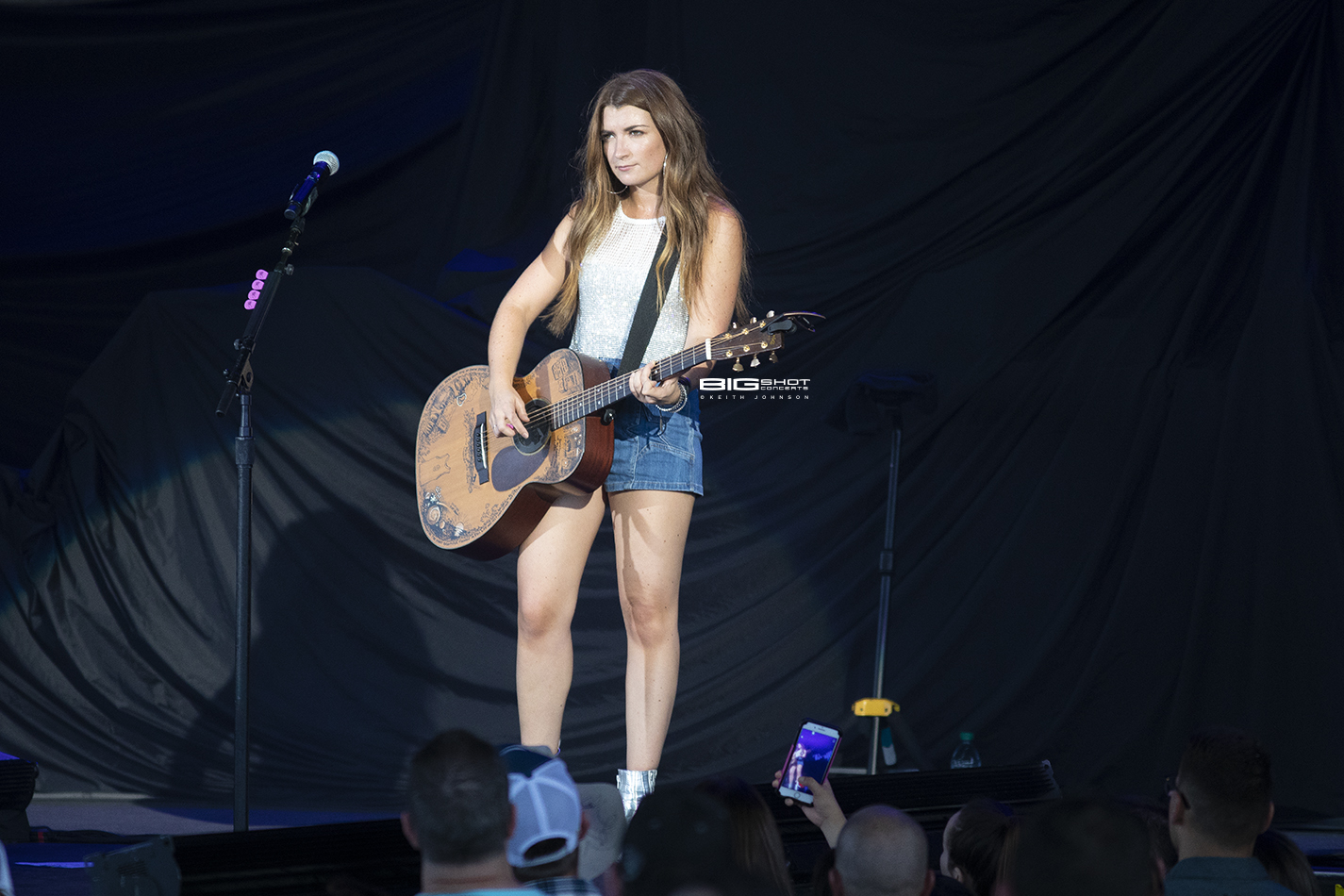 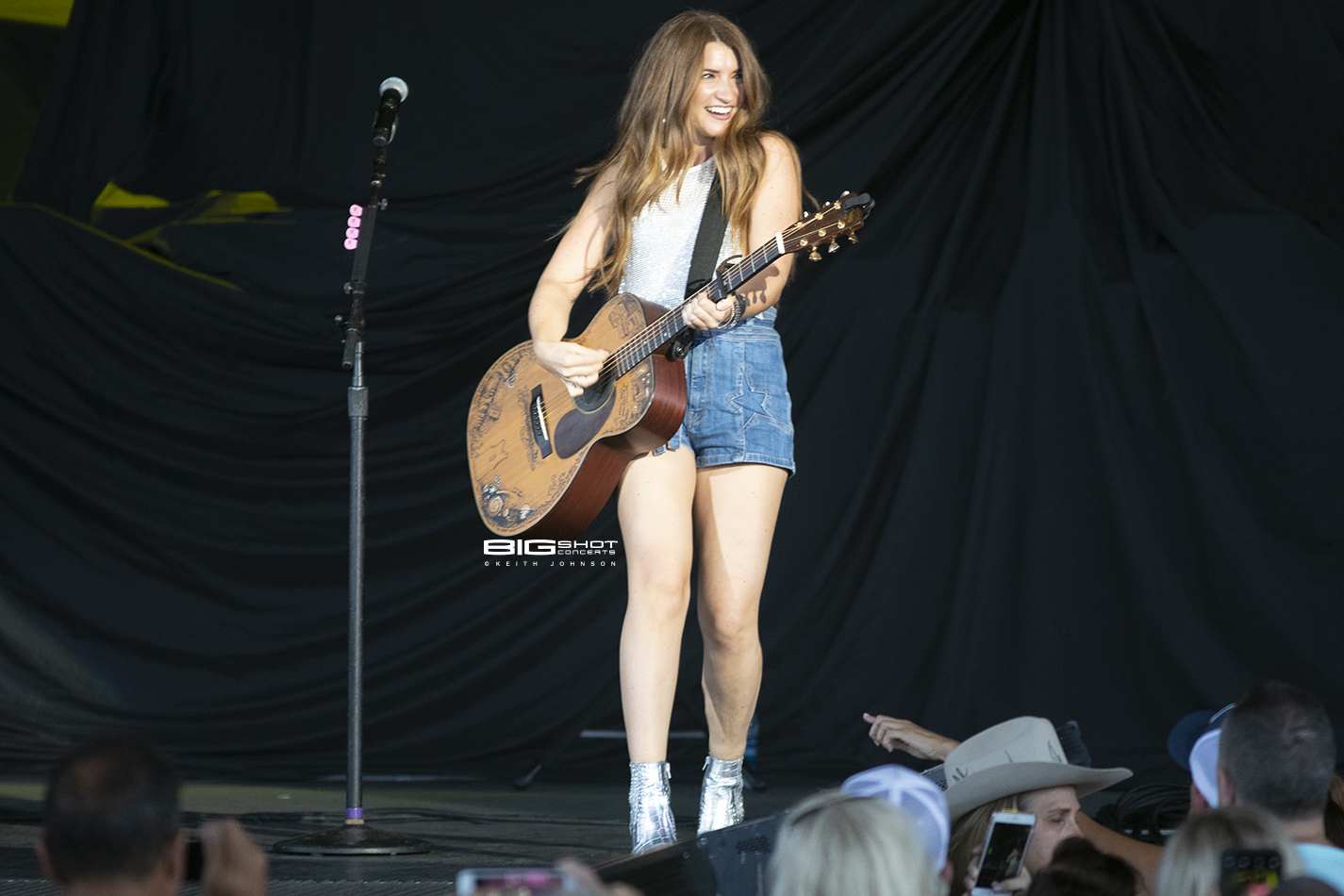 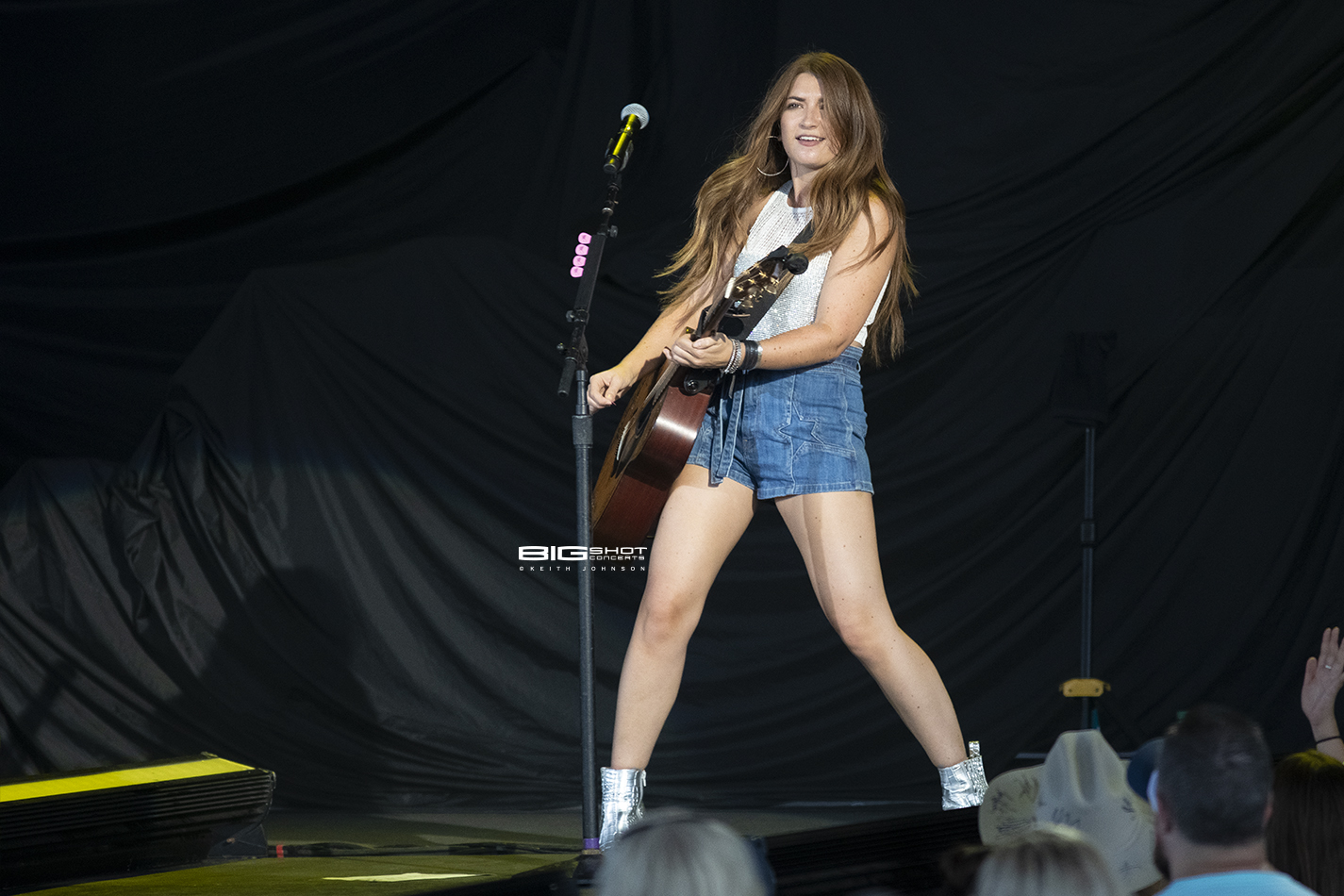 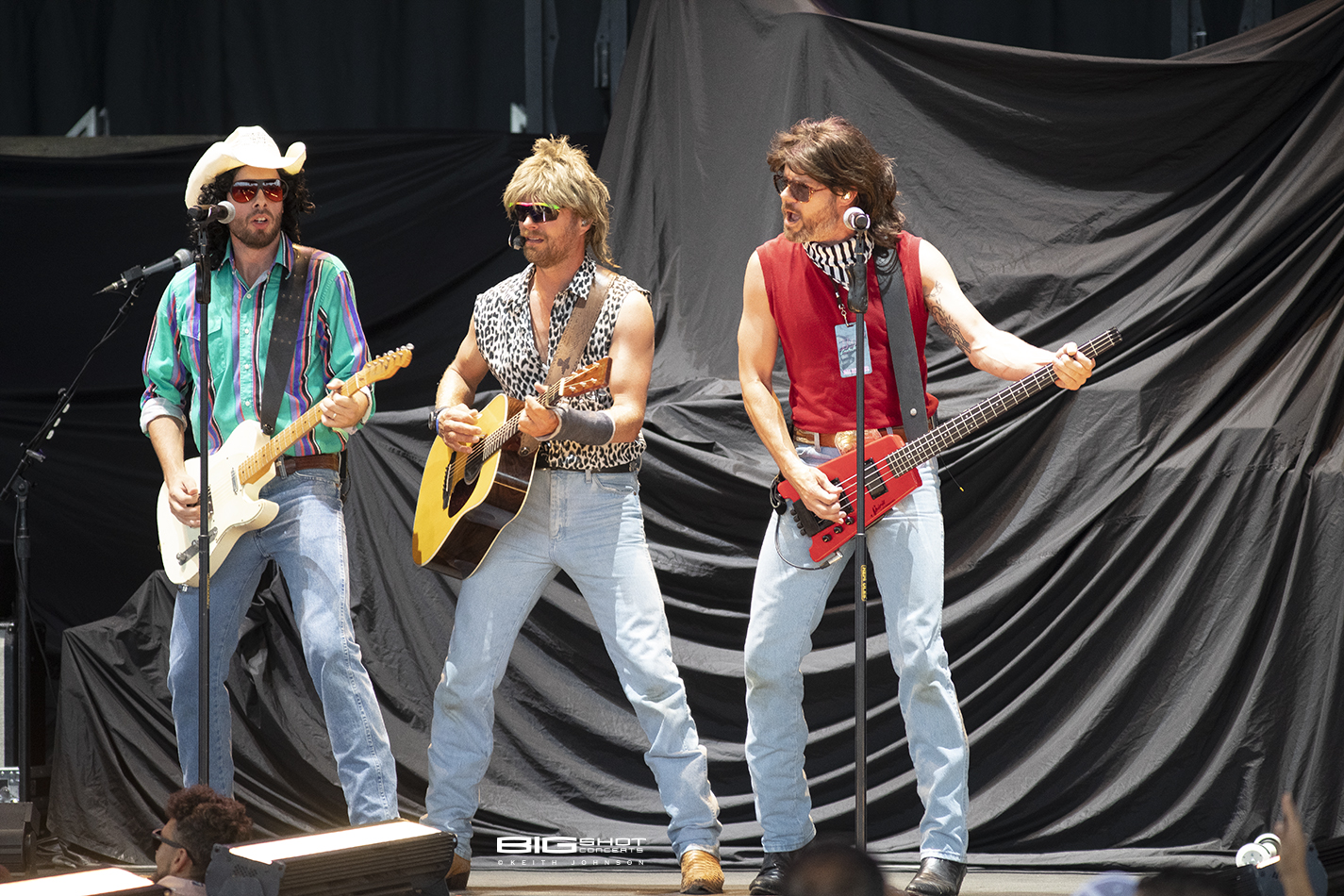 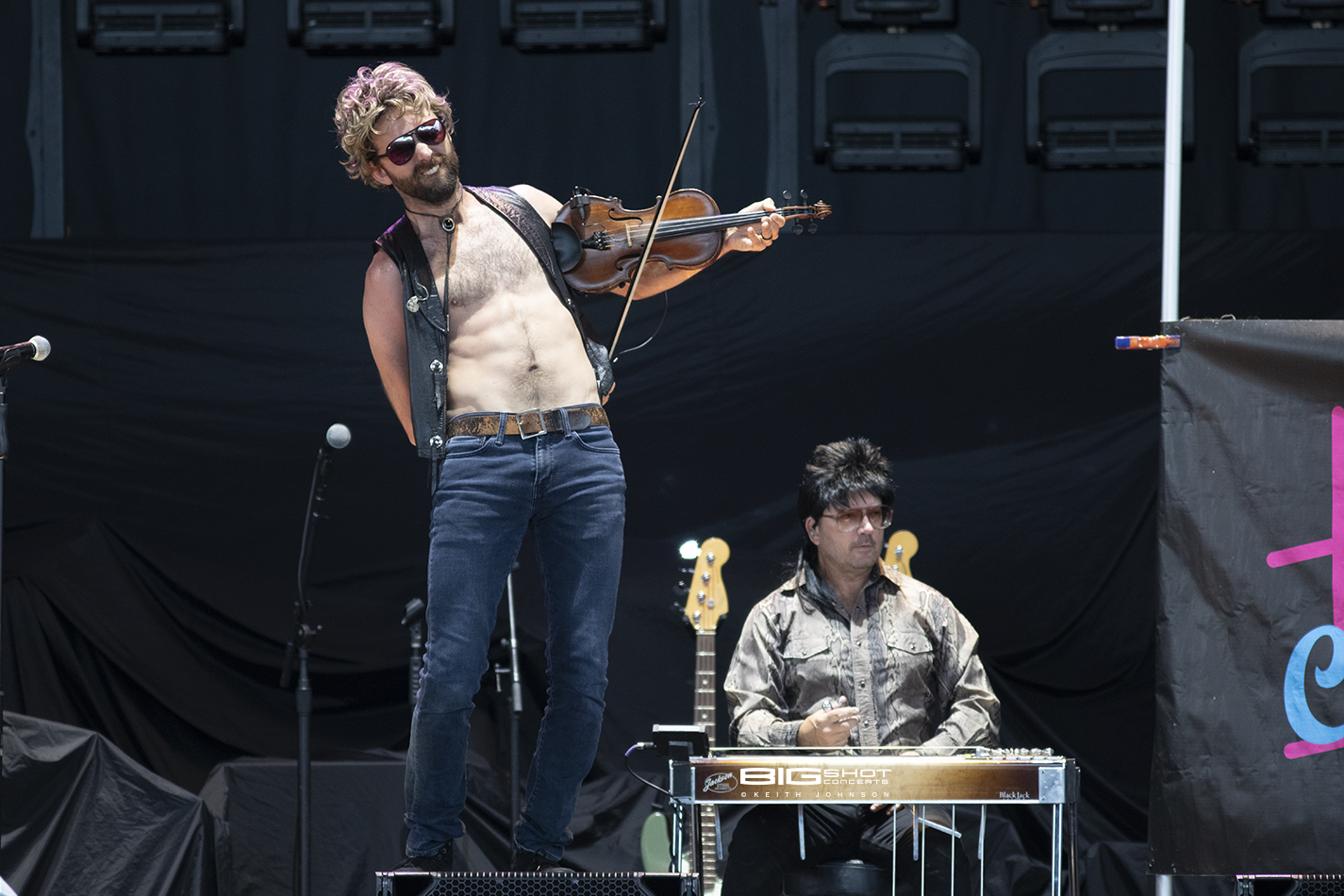 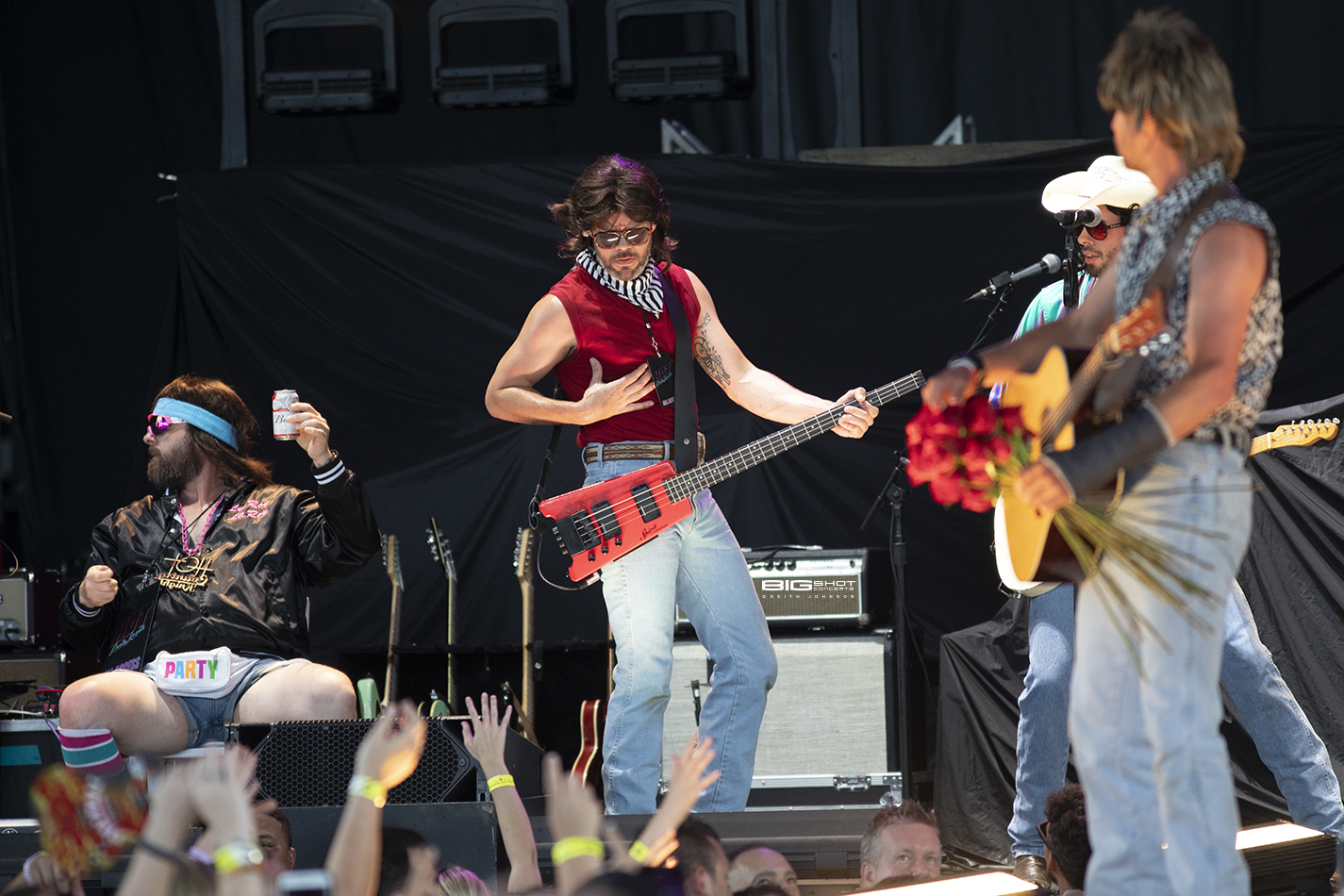 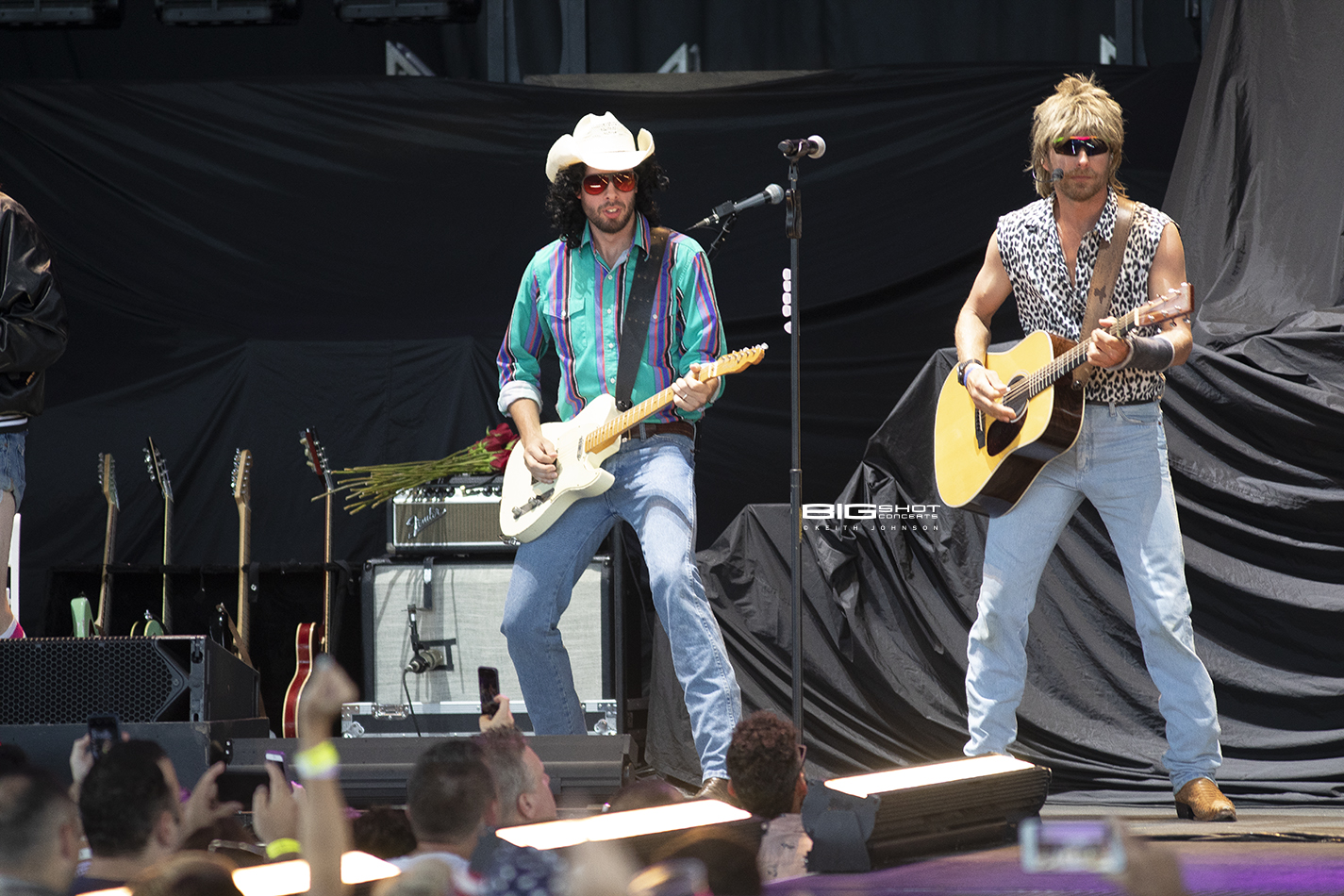 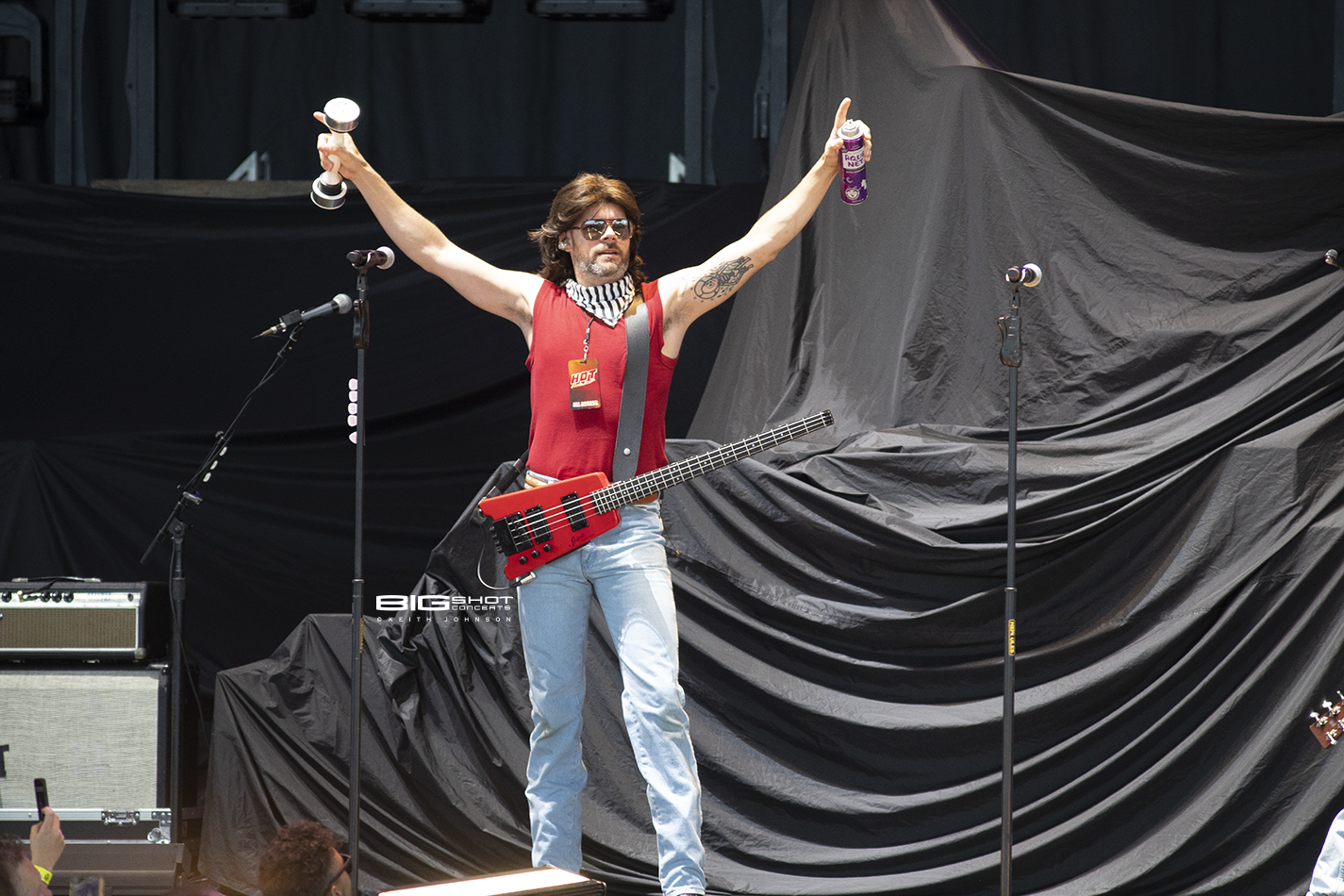 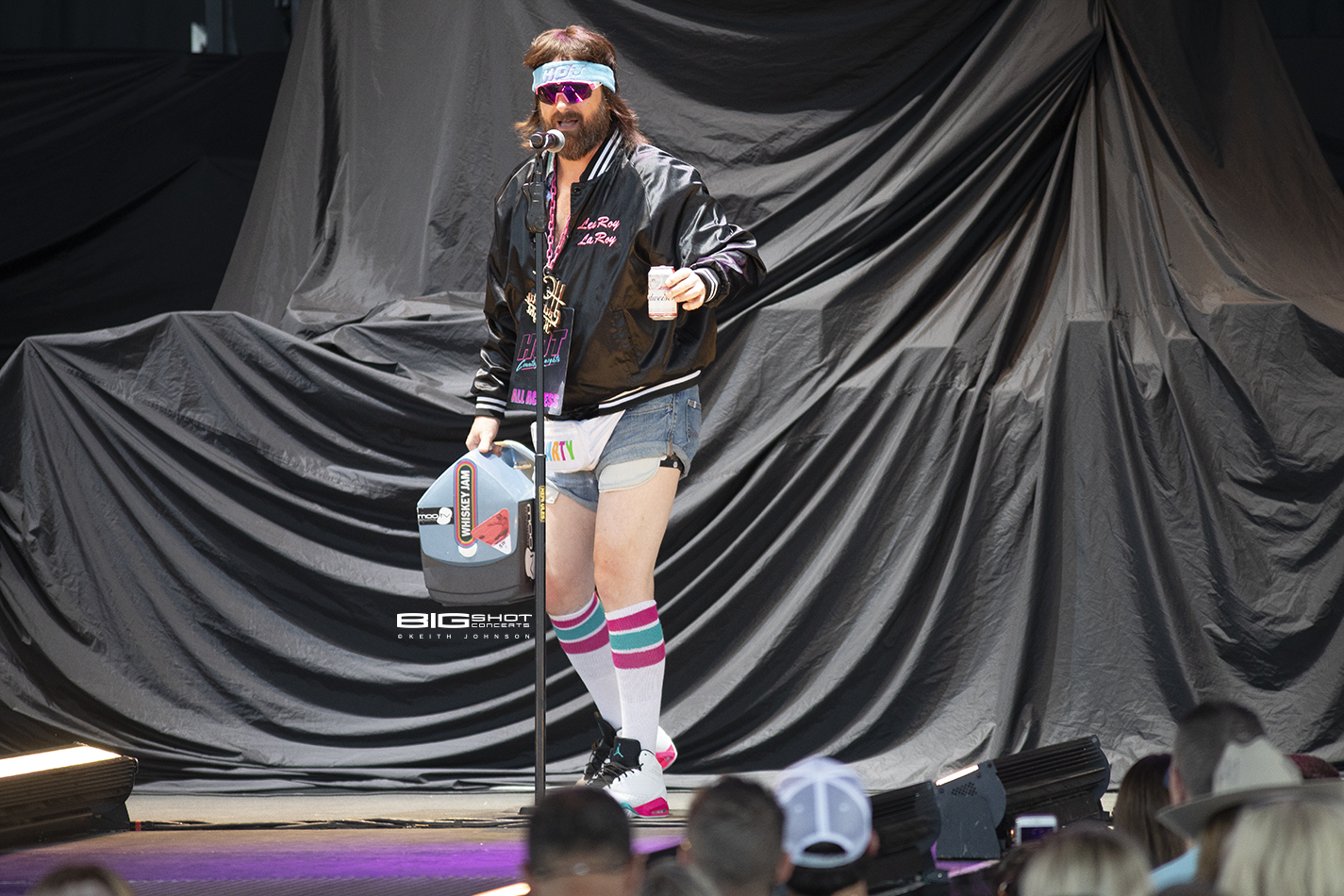 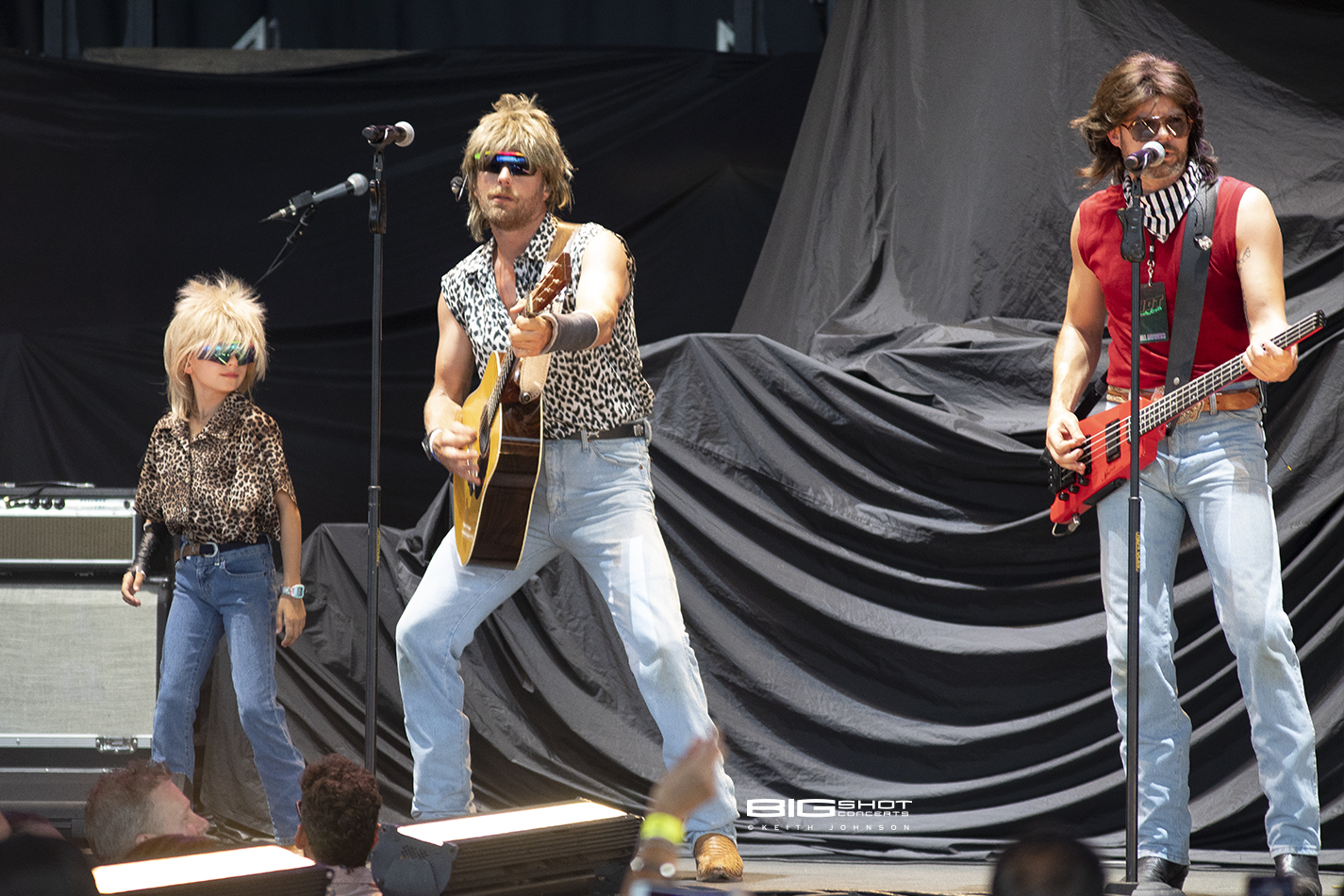 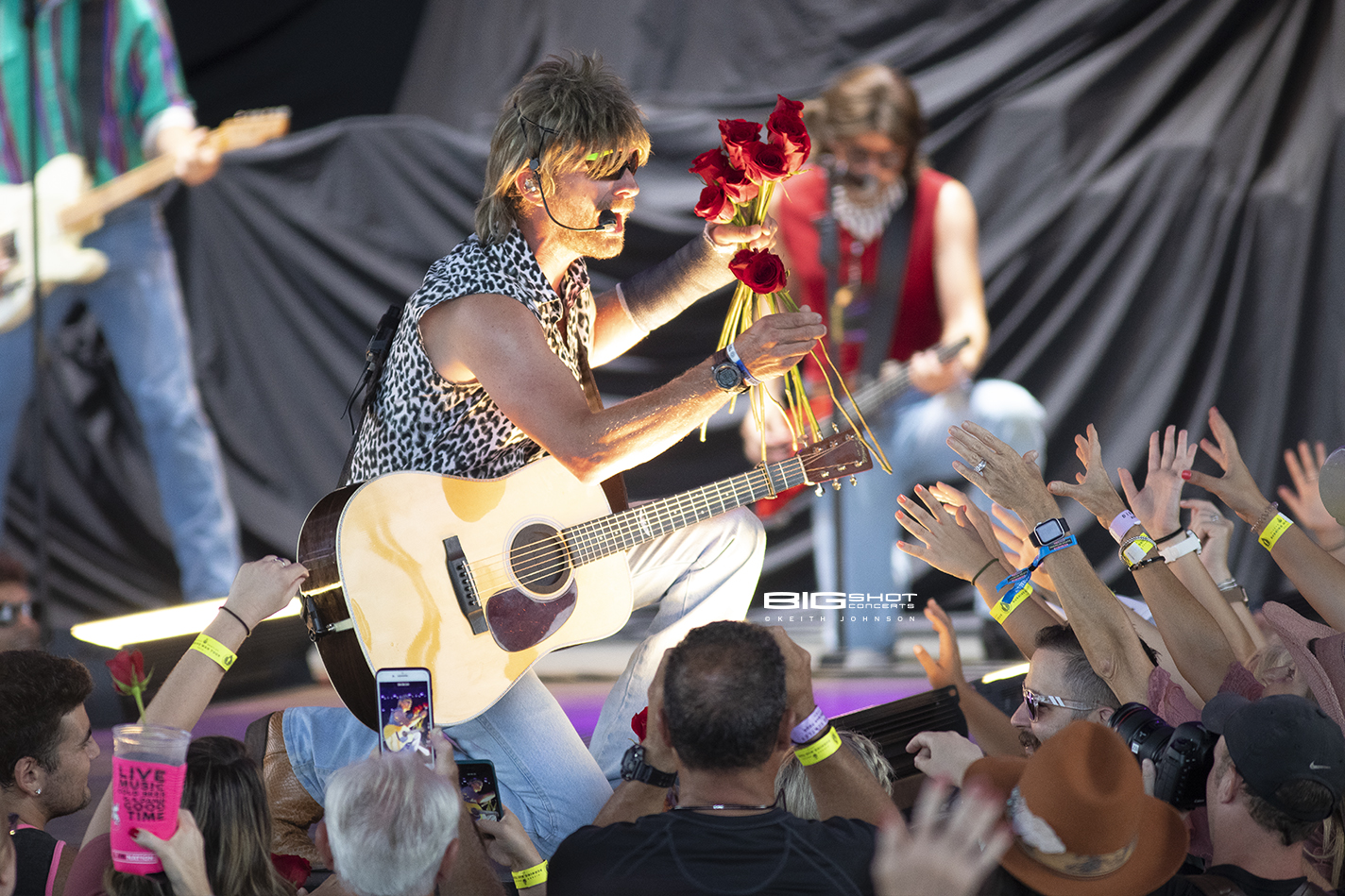