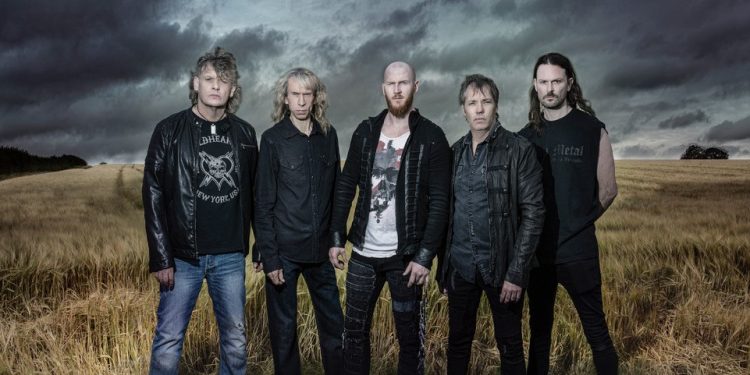 Diamond Head Lightning To The Nations 2020 is vital, venerated, and vintage. When the band released the album forty years ago in 1980, few could have predicted the importance it would carry — and establish — with regards to heavy metal’s new wave and sound. Stacked and packed with riffs, Lightning To The Nations would be one of the prime catalysts for a movement known as the New Wave Of British Heavy Metal (NWOBHM). It would also prove the premier template for a band who would become the biggest rock band on the planet, Metallica. But back then, in their humble Stourbridge, UK home, Diamond Head had no real idea that the seven songs they had recorded for that debut album would have such a reverberation.

The first single/video to be released, “It’s Electric,” shows levels of fresh energy and the potency of timeless riffage that will blow the doors and socks off all who hear it. On the song, founding member, lead guitarist/songsmith Brian Tatler, comments: “It was written on the 15th of June 1978; it was the forty-fifth song Diamond Head ever wrote. It was kind of our version of an AC/DC song. I had noticed that AC/DC had gaps in their riffs so I thought I would do one in that vein and out came ‘It’s Electric.’ It was fast and exciting and soon found its way into our live set. We had the pleasure of opening for AC/DC in January 1980 and performed ‘It’s Electric’ in the set. I looked over to my left and noticed we were being watched by Bon Scott!”

“Metallica covered this song on their 1998 album Garage, Inc.,” continues Tatler, “Sean and I wrote ‘It’s Electric’ in the key of G but Metallica transposed it to F# to make it easier to play. I have played it their way ever since. ”

Lightning To The Nations 2020 will be released on November 20th, via Silver Lining Music in CD digipak, double gatefold vinyl, and digital formats as well as special D2C bundles. For preorders, go to THIS LOCATION.

As the 40th anniversary loomed, Lightning To The Nations’ resonance and importance are since long-established, which meant a celebration was in order and Brian Tatler, alongside vocalist and producer Rasmus Bom Andersen, knew exactly what they wanted to do. “We thought it’d be great to re-record the debut album with this lineup and the modern technology available,” says Tatler. “The original album was recorded and mixed in a week, and we were very young; still 19-20 years old when it was recorded, so there’s a lot of that youthful energy. But we didn’t have the technique, time, or craftsmanship to record it with the sort of power that we could now. So that was a real thing to savor: the opportunity to go in the studio and record these songs fresh and vibrant.”

Diamond Head Lightning To The Nations 2020 is an achievement along those lines and then some. It is, quite simply, a scintillating shot of fresh metal energy, with utilizing all their skill, experience, and revitalized energy to breathe so much new life into these freshly recorded takes that it feels like experiencing the earth shaking all over again.

Recorded over several sessions between various locations from France to band member home studios, Lightning To The Nations 2020’s central hub was Andersen’s Raw Sound Studios in London. It’s where Tatler and Andrew “Abbz” Abberley did the guitars in February and March of this year. With the COVID-19 chaos striking, Andersen worked on the album between April and July, with Tatler’s watchful ear inspecting final mixes and tweaks in early August before sending off to mastering at Metropolis Studios. It is, however, fair to say that the crunch, scream, and crackle of the production is yet another feather in Andersen’s producer hat.

As if these carefully shaped recordings weren’t enough, there are four supreme cover versions rounding out the release, with Diamond Head spreading their wings and creating the heaviest of homages to Led Zeppelin, Judas Priest, Deep Purple, and… Metallica. With Diamond Head having featured so heavily in Metallica’s early career, the cover of “No Remorse” seems especially appropriate.

Concludes Tatler, “Lightning To The Nations 2020 is packed with ideas and riffs, but there is some thought gone into it all and maybe that’s why it still sounds really good now and we’re still having conversations about it.”

Diamond Head Lightning To The Nations 2020 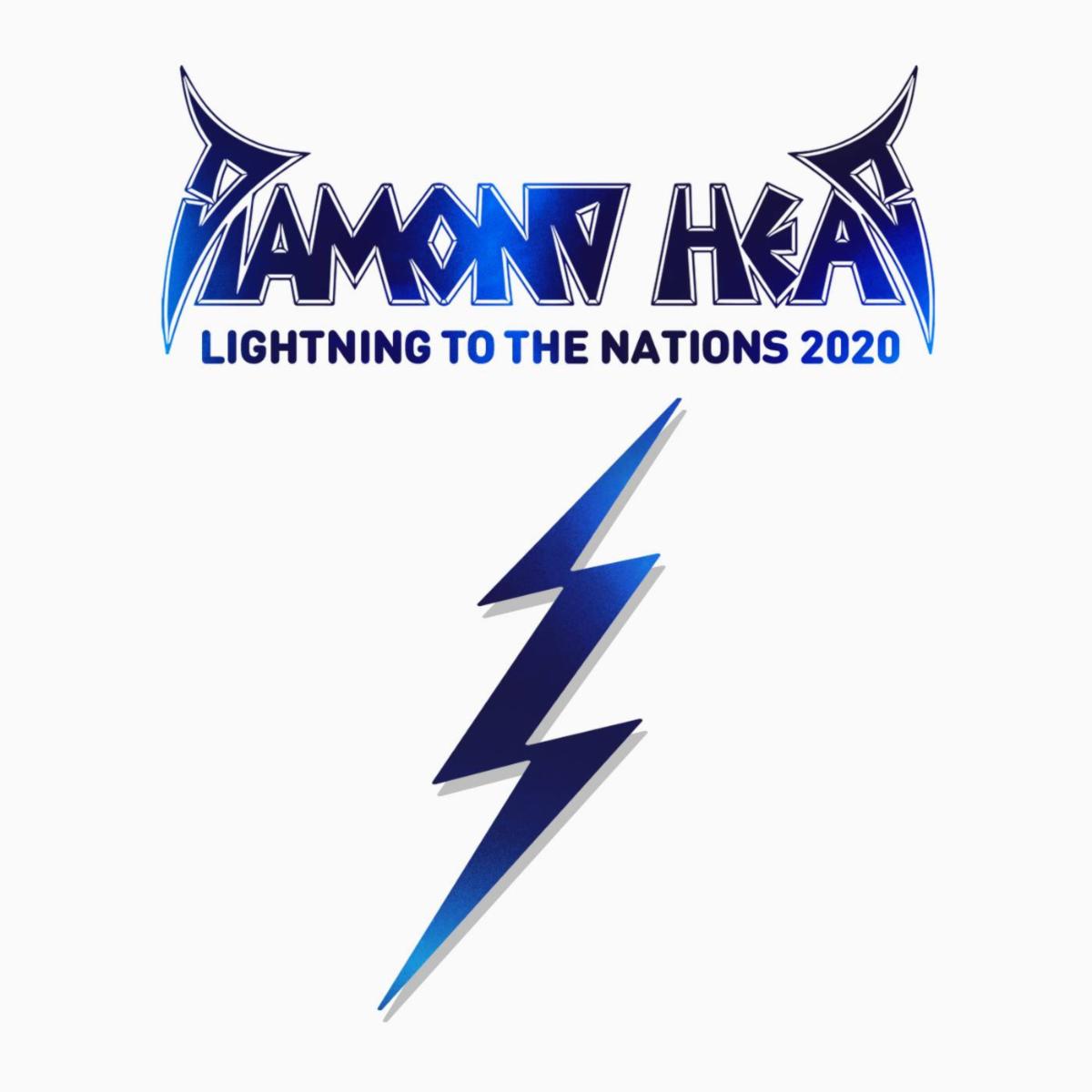