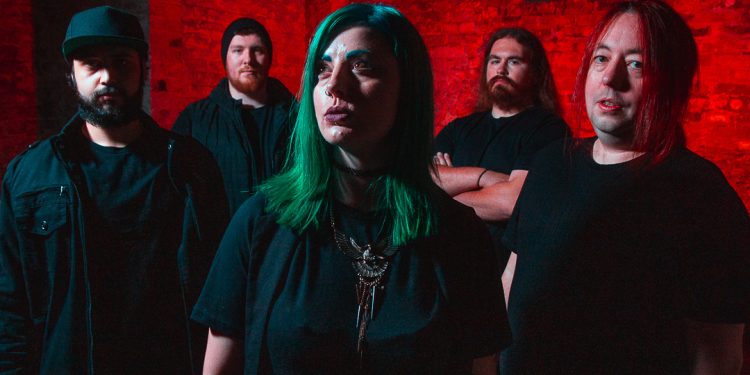 Alternative metal quintet Destroy Planets unleashes the group’s brand new demolishing single – “Burn In Hell”! Utilizing an impressive level of technicality and undeniably catchy, yet intricate instrumentation, this single manages to maintain the listener’s attention throughout the track’s entirety with its dynamic nature, showcased through a variety of presented components, all establishing the overall, cohesive structure of the track. Further emphasized by the punchy, infectious guitar lines and the uncompromising vocal work, the atmosphere that “Burn In Hell” is generating is certainly a strong indicator about Destroy Planet’s noticeable talent to create and perform interesting, yet easily comprehensible heavy music at the highest possible level!

Presenting further information about the track and its respective characteristics, Destroy Planets shares: “This song means different things to us. Tanya composed the lyrics and to her the song is about betrayal and being able to move forward dealing with the struggles betrayal presents. Other band members feel the lyrics can represent two halves of the same person having an internal conflict or that there are two people where one person is living a fake lie and the other person is perhaps trying to escape this. The whole feel of the song could be seen as what goes around comes around or struggling with demons in your past that you can not escape from.”

Above Snakes Slither into Next Chapter with New Single “Never Alone”

Until I Wake Releases Official Music Video for “Foundations”

Until I Wake Releases Official Music Video for "Foundations"