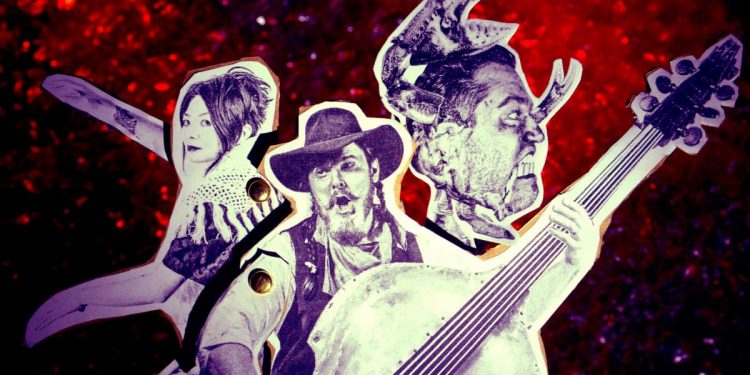 The new Dead Register EP Don’t Fail Me is due out at the end of February. This week, Atlanta, Georgia-based post-rock/avant doom trio offers a brief foretaste of the audiovisual creativity of the release with a teaser and more.

Dead Register is the cure for those who crave dark, tortured intimacy administered through gut-pulverizing sonic heft. Employing unconventional instrumentation, the dual-bass power trio can charm live audiences with undeniably catchy hooks while eviscerating them with downtuned bludgeoning riffs and hypnotic atmosphere. Their textural palette is layered from thematic strums and punches of a sole four-string or bass VI guitar, sandwiched between girthy bombastic sub-bass and dirty soaring synthesis, supercharged by pummeling drums, and all neatly tied together with silky baritone vocals. Their sound has been described as “The heaviness of Through Silver In Blood funneled through the darkest hooks of Disintegration.” Listeners have been known to tear up over their beautifully solemn melodies interwoven with pulsing entrancing dissonance.

The band’s most epic song yet, “Don’t Fail Me” comes to life in a six-minute presentation artfully crafted into a six-minute vision that unveils the most vivid peaks and emotions Dead Register has created to date. The song comes to life in an expansive maxi-single, which serves as a special release to share with their fans while unable to tour and as they complete their new LP. In addition to the title track, the release includes a remix of the song by Oakland industrial/doom metal duo Lament Cityscape, as well as live versions of the songs “Ender,” “Circle Of Lies” and “Fiber,” recorded at The Freetown Boom Boom Room in Lafayette, Louisiana during the band’s Fall 2019 tour.

Additionally, the band self-filmed and created an extremely artistic mixed-media video for the song, which portrays the emotional depths of the song’s lyrical focus through a live action puppet extravaganza. Crafted by Avril Che and M. Chvasta, this video marks the band’s fifth DIY visual production, and the band’s first ever foray into puppetry.

Dead Register will self-release the Don’t Fail Me maxi-single on CD and cassette as well as all digital providers through their own AVR Records on February 26, 2021. Watch for the “You Fail Me” video, preorders for the record including custom character-based merch bundle options and more in the days ahead. 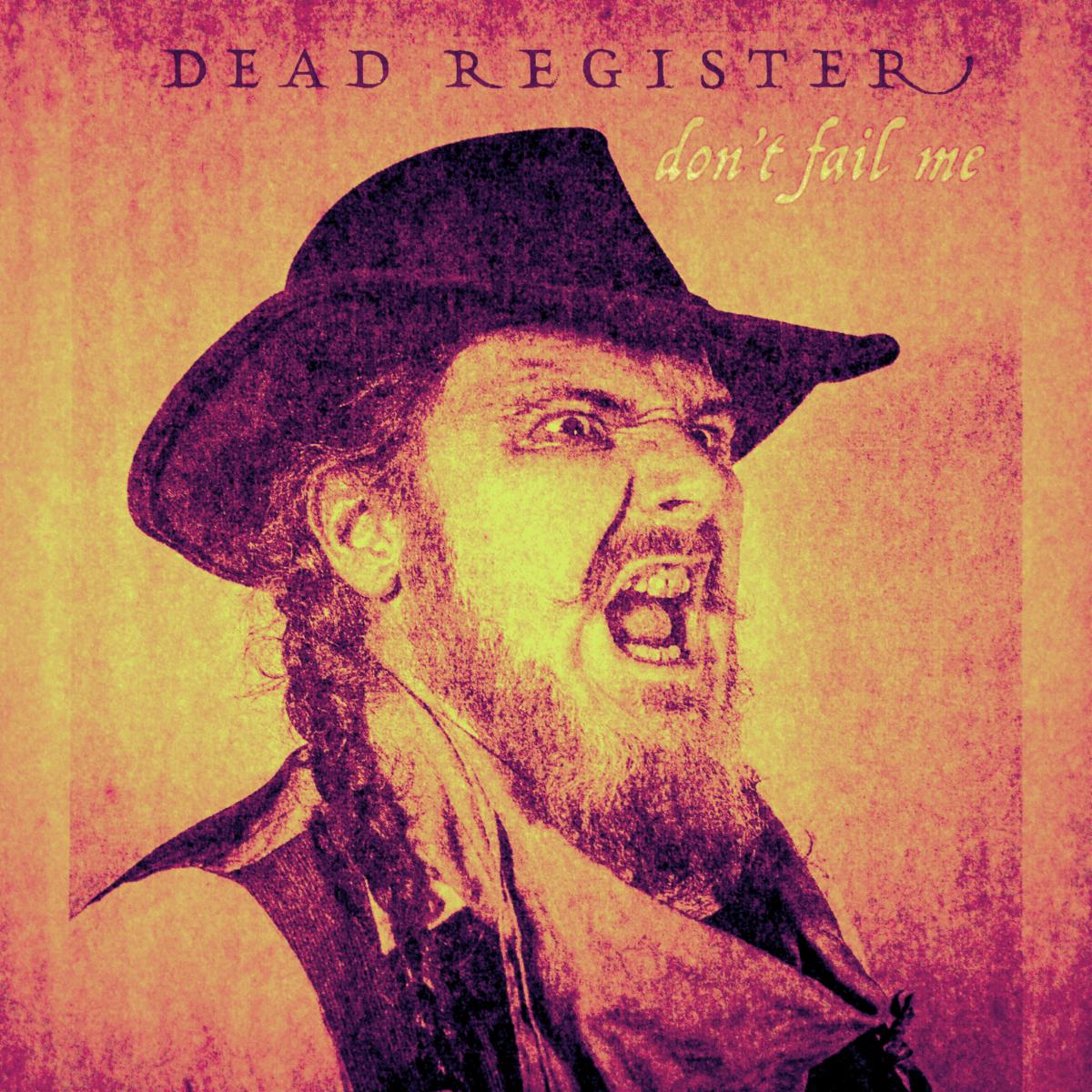 The husband-and-wife team of M. Chvasta and Avril Che burst through the gates forming Dead Register in late 2013, bringing on a live drummer in early 2014. The DIY-lifers have since produced three critically acclaimed independent releases on their own AVR label (plus a reissue of the Fiber 12″ on Throne Records) and have created four music videos fueled by shoestring budgets and the graciousness of their friends and community. They have toured the US and Canada in support of their Fiber LP and Captive EP and intend to cultivate a life on the road. A large selection of new material is steadily being recorded in-house by drummer, R. Garcia, including the band’s new LP, which is now complete. Watch for updates on the album to see release over the months ahead.