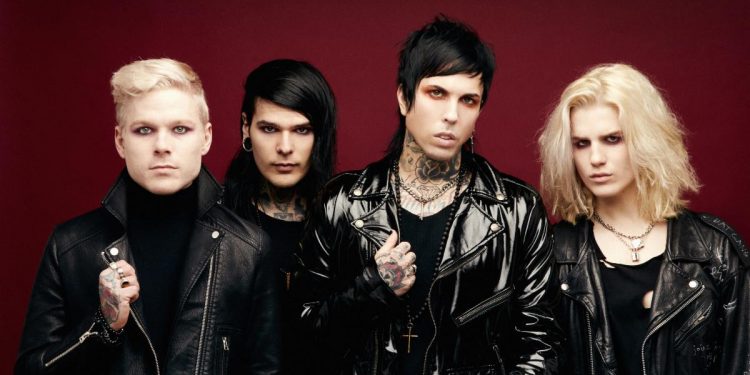 The video for Dead Girls Academy’s “This Is War,” the anthemic first single from the blistering rock ‘n’ roll outfit’s upcoming Doves in Glass Houses EP, has racked up nearly a quarter million views since its release a few short weeks ago.

Produced by Malcolm Springer (Matchbox 20, Kanye West), the song rips deep into the heart strings with a strong message of recovery, strength and change.

“The world is changing right in front of our eyes,” says vocalist and band leader Michael Orlando. “As we fight the novel coronavirus, we must also battle racial injustice and brutality. We must come together to create a world where everyone has equal rights and nobody is profiled because of the color of their skin. We must fight this awful corona virus that killed over 380,000 people worldwide! We must unify and become one! This is war!”

Dead Girls Academy was formed in 2017 by Orlando, the former frontman for horror-based act Vampires Everywhere , after recovering from a life-changing bus accident. DEAD GIRLS ACADEMY embraces Orlando’s penchant for pushing the envelope, both in musical style and image. “I’ve always been on the darker side of rock ‘n’ roll and the name fits the sound and overall image,” he says. “It’s a double metaphor – one referring to the feeling of death inside yourself, the second mirroring departed relationships, all congregated under one institution, myself.”

Like a thrilling mystery film, the band’s 2018 debut, Alchemy , peeled back the layers of fake friends, hangers-on, split personalities and social-climbing ambitions that Orlando found himself surrounded by living in Hollywood. The album produced two Billboard Top 40 chart placements in “I’ll Find a Way” and “No Way Out.” Both songs also reached Top 30 at Active Rock Radio.