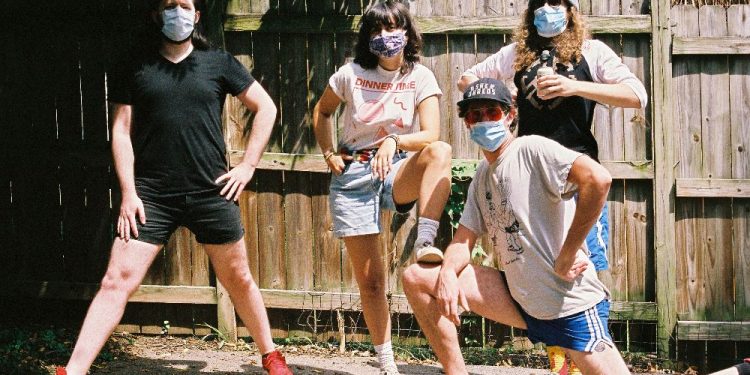 Indie rockers Crumbsnatchers share their catchiest single yet with an infectious hit and music video titled “Satin Glow”. A nostalgic indie-rock / indie-pop tune comes as an anthemic feel-good wave, clutching to the last warmth of summer and throwback to simpler times. After the stress of 2020, it comes as a delightful relief.

The single is accompanied by an equally fantastic and eccentric music video released today – the band drives around town in a “couch-car”, there’s an iconic wedding dress, and some pyrotechnics are thrown in for good measure. They take viewers away from their worries of the year – if only for a brief moment.

Frontman Samuel “Guetts” Guetterman (rhythm guitar, vocals) shared the inspiration behind the track. “It came from a thrift store wedding dress that I found when I was trying to find a last-minute Halloween costume a couple of years ago. The idea that something that has seen an event or two still has a pretty nice shine to it. The song sort of looks back over the last couple of years and asks the question, ‘how and why am I still alive?’ while looking forward optimistically.”

“If you’re sure of all your reasons, if you’re sure of everything you’ve done, I’m not sure that I believe it”, he questions in the track. Percussive vocals, layered over driving guitars, pull you into perspective and push you into the chorus.

Guetts’ couch-car concept, featured in the video, first came to light after he saw a mobile couch at a pride parade in Knoxville. “It’s just something that makes you laugh and brings joy to people. When I met up with Casey Pierce (director) to get coffee and talk about potentially making a music video I told him about my idea with a couch-car and a wedding dress – he loved it! I was so excited to work with him because I love his work. I started calling people to find out who built that couch car that I saw in the pride parade and eventually I found him. He told me that the couch I saw in the parade was no more! So I asked if I could hire him to build me another one and he was down and really excited to do it.”

An infectious melodic hook and howling chorus dig deep, making the single one to instantly hit ‘repeat’ on. “Satin Glow” is the band’s first release since their 2017 debut album Big House. “It’s been an interesting time since we released Big House,” reflected Guetts. “We went through a lineup change, I moved away and returned, and most recently our close friend, former bandmate, and drummer on Big House Rylan Bledsoe passed away. There were times when making music was a difficult thing to do. Having made the choice to continue making music and attempting to create joy in this world, “Satin Glow” seems like the right song to release first, as it kind of represents a light after darkness.” 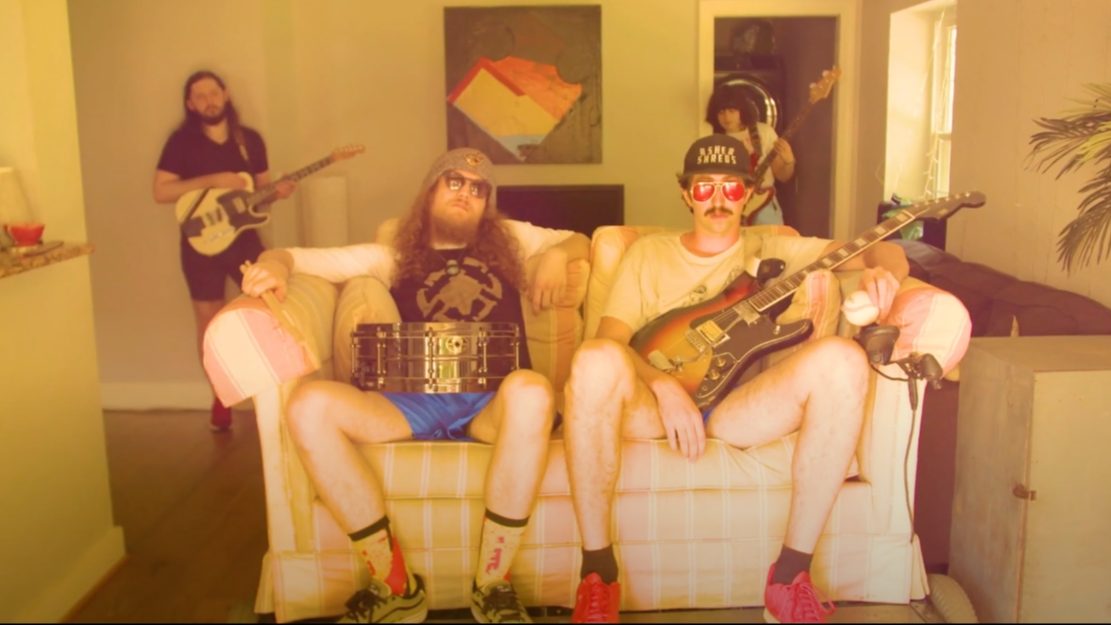 The band is currently planning to shoot another music video with a tentative release for early 2021, and have a full album underway. “Satin Glow” was recorded at Famous London Studio with additional recording at Behind the Curtains Media in NYC.

About Crumbsnatchers
Formerly of Knoxville, Crumbsnatchers now reside in Nashville, Tennessee. Crumbsnatchers’ catchy songs echo the wit of Pixies and Talking Heads, backed by the fervent force of Beastie Boys. Their contagiously immersive music has a habit of crushing your inhibitions into a fine paste and then painting the word “PARTY” on your brain with it.

Frontman Samuel “Guetts” Guetterman (rhythm guitar, vocals) pulled the band name from an experience in 2007, when, at 16 years old, he was sentenced to a year in a faith-based juvenile detention camp, in Griffin, Georgia. While enduring widespread physical abuse and abhorrent, moldy, living conditions (due to non-existent judicial oversight), Guetterman and the other boys sang in a touring church choir as examples of “reformed” rebellious teens. ”Crumbsnatchers” was a condescending nickname the staff gave the boys when they sang. Secular music was contraband in the program, but a few months in, a fellow student smuggled in a CD player and a copy of Radiohead’s “In Rainbows,” which the boys listened to while hiding under their beds.