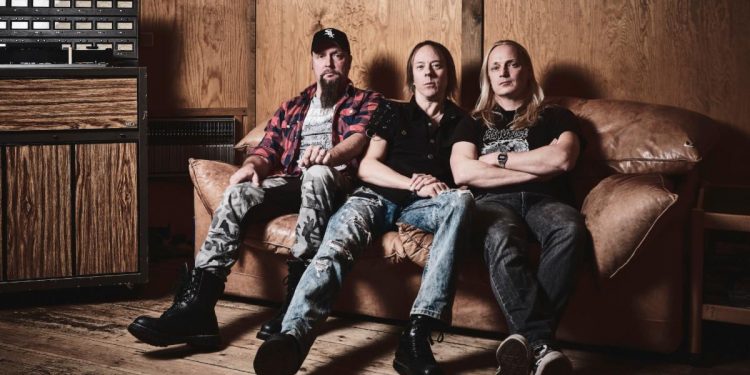 Finnish progressive death metal veterans Convulse are set to Deathstar, their new full-length. A near forty-one-minute masterwork, Deathstar delivers nine tracks that transcend the boundaries of standard death metal. Fusing the prime tenets of death metal, heavy rock, and prog into something innovative and enticing, the record arguably picks up where the band’s underrated 1994 Reflections full-length left off adopting a similar genre-bending approach and modernizing it.

In advance of the record’s official release October 30th via Transcending Records, Treble is pleased to unveil new single, “Whirlwind.”

Notes guitarist/vocalist Rami Jämsä, “‘Whirlwind’ was among the very first tracks we started to compose for Deathstar. The rhythm of the song is a waltz and the main riff and B part came very naturally when we jammed together at our rehearsal studio. We had some difficulties adjusting the chorus and B part together, so we tried different approaches and various ways to find the final version. It was worth of it, because ‘Whirlwind’ is one of our favorite songs on the album. Mark Knopfler and Dire Straits was the reference guitar sound on the middle part of the song and some can hear echoes from Kingston Wall too.

Lyrically, ‘Whirlwind’ is a desperate story about holy wars and nationalism. We have tried to learn to live together thousands of years and we have not learned anything. ‘Whirlwind’ is a metaphor for the cycle of evilness that we are keeping up from generation to generation. ‘Mothers milking their empty breasts, future bleeding in desert. Fathers died before they saw their seeds of life. Whirlwind, the Holy land of death. Whirlwind and moon goes around.'”

Adds Treble, ” It’s a heavy, roaring, melodic ripper that lives up to its name, combining a classic death metal rawness with a mesmerizing, hook-laden sensibility. True to progressive fashion, it’s a journey of a song in just five minutes, soaring through different intricate movements without losing its power.” 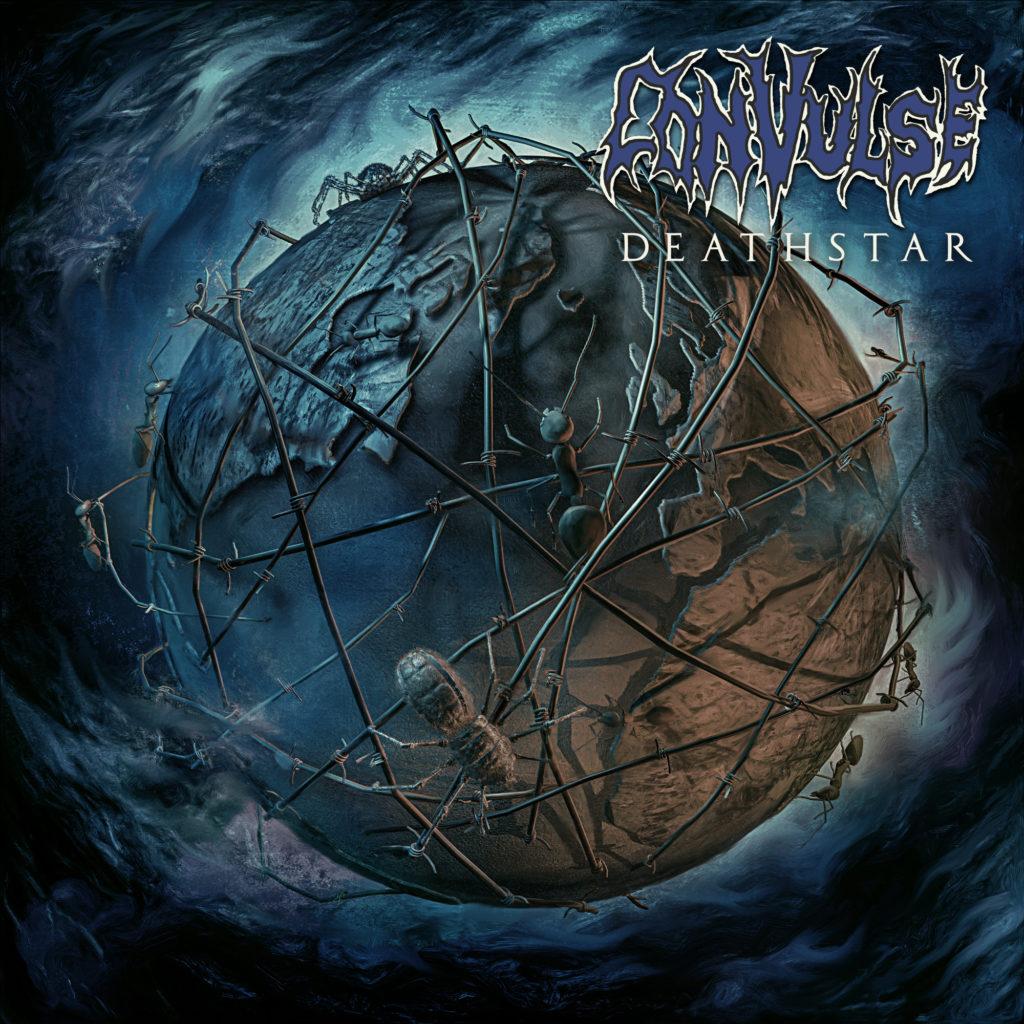 Stream Convulse’s “Whirlwind,” now playing at Treble, at THIS LOCATION.

Deathstar was recorded and mixed in analog at JJ-studio with Juuso Nordlund and comes swathed in the art of Jan Yrlund, based on the painting Strangled by Minna Mead. Elaborates Jämsä, “Deathstar will be an interesting experience for those who listen to music with an open mind. We’ve not forgotten our roots of old-school death metal, but for me, it’s very natural to evolve musically and write music free of any boundaries. You can perhaps hear some echoes from the Reflections album. We recorded Deathstar during the Summer/Fall of 2019 in the same twenty-four-track reel-to-reel analog studio with the same producer as the Evil Prevails album back in 2013 (JJ-studio/Juuso Nordlund). The sound of the album is timeless. It will be difficult to figure out which decade it has been written and recorded. We wrote and rehearsed the album material for almost three years.”

When Finland’s first death metal boom started in the late ’80s/early ’90s, among the first of its troops on the frontlines was CONVULSE. Like many of their comrades, the band churned out that dark, brutal, uncompromising style of death metal for which the scene had become notorious, culminating in the band’s 1991 debut, World Without God, released on now-defunct French label Thrash Records. Shortly after, CONVULSE followed in the footsteps of many of their contemporaries and began flirting with progressive rock elements as was evinced on their 1992 EP Lost Equilibrium and then fully refined on second full-length Reflections, both of which were released via Relapse Records. The band called it quits in 1994.

CONVULSE returned in 2012, ready to tread the path they helped pave decades prior. The band released their Inner Evil EP followed by their comeback album, Evil Prevails. Brutal, menacing Finnish death metal was the name of the game here, lacking in any other unnecessary gimmicks or modern trends. History would partially repeat itself in 2016 when the band revisited the prog infused death ‘n’ roll leanings on their fourth studio album, Cycle Of Revenge. It was on this album where they would reach their full potential manifesting an unique and engaging sound, one they’ve been cultivating ever since.

Deathstar finds the band at their most ambitious. A very different band than the one that marched in the first wave decades ago, as the only real holdover of their original sound is the iconic deep grunts of Rami Jämsä. Their ability to bridge the gap between hard rock grooves and airy melodic sections drenched in atmosphere is nothing short of astounding, and even experienced ears will find some new twists and turns to marvel at. Their influences are numerous; their sound varied. Deathstar will take its listeners on a soothing journey to beautiful and unknown places whose nuance and depth will make parting a sweet sorrow and each return all the more rewarding. [words by Luxi Lahtinen]

“Deathstar continues to go above and beyond the parameters of ‘standard’ death metal, melding goosebump-inducing DM growls and gurgles with music that’s jammier and more freewheeling, if no less expertly composed. Trust us: Deathstar was worth the wait.” – MetalSucks

“…a catchy, complex, and occasionally mystifying record from the first notes of ‘Extreme Dark Light’ to the closing acoustics of ‘The End’…” – Metal Crypt

“…be prepared for mind-warping soundscapes and ethereal excellence.” – Nattskog

“… Imagine a big jam session with musicians from Pink Floyd, Rush, Porcupine Tree, and Judas Priest, but every now and then a somewhat shy alternate-universe version of George ‘Corpsegrinder’ Fisher steps to the mic to deliver some vocals… … a brilliant record!” – Dutch Metal Maniac

“…a heavy, roaring, melodic ripper that lives up to its name, combining a classic death metal rawness with a mesmerizing, hook-laden sensibility. True to progressive fashion, it’s a journey of a song in just five minutes, soaring through different intricate movements without
losing its power.” — Treble

New Single from Lykantropi a Folk Tale with Groovy Riffs