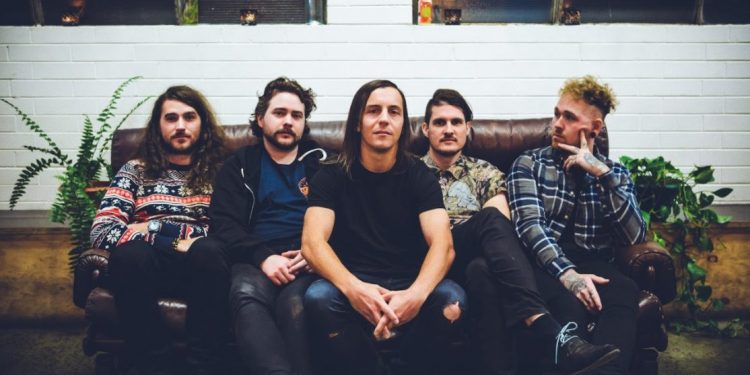 To hype the release of their second EP This Is What Honesty Sounds Like (out 28 August on Wiretap Records) Melbourne, Australia punk rockers Catholic Guilt have released Furrend Finder, a 100% free and 100% cute three-level 8-bit platformer, that is the purrfect distraction you need in your life right now.

‘Furrend Finder’ sees you play the part of kitty ‘Lucy Furr’ as she goes on a quest to find and rescue her furrends from the cage of loneliness. Be sure to avoid those dangerous pitfalls and cucumbers, as you shoot love hearts at the bad dogs and birds trying to keep Lucy Furr from freeing her furrends.

Furrend Finder is based on the band’s latest single “A Boutique Affair,” an energetic punk rock anthem about the increased difficulty of making friends as we age, that ‘PopMatters’ called “An accidental anthem for the pandemic”. Furrend Finder even features an 8-bit reimagining of the single as the game music and it is a total bop!

With the band’s hometown in the midst of a stage 4 lockdown due to COVID-19, this purrfect little distraction couldn’t have come at a better time! 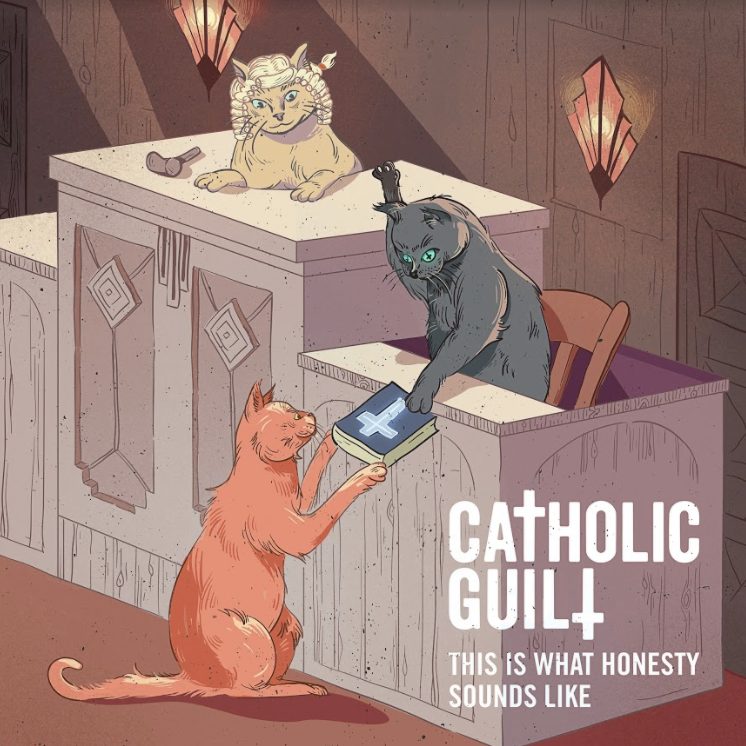 If you’ve got a ‘purrfect’ score and have found all of Lucy’s furrends? Then be sure to post a screenshot and tag the band @catholicguiltmusic with #furrendsfound for your chance to win a limited edition Lucy Furr pin!

Vocalist Brenton Harris says, “The inspiration for the game was one of those moments of creativity and necessity colliding. I was trying to think of fun ways to engage with our fans during lockdown, and the idea of making a game based on one of our songs just popped up one day while I was playing my old SEGA. As soon as the idea was born, I was all in. The lyrical focus of ‘A Boutique Affair’, the increased difficulty of making friends, seemed a perfect fit for an old-school 8-Bit platformer, so I ran the idea by the guys, got the heads up and many fun and frustrating hours later, with a little help from some talented friends, ‘Furrend Finder’ was alive. It’s cute as hell and I hope it provides a bit of a happy distraction for our fans during a pretty dark and tedious time.”

Recently chosen by Alternative Press as one of ’10 Genre-Bending Bands You’ve Probably Never Heard Of’– Catholic Guilt write raw, emotional and disarmingly honest music for the internally conflicted masses, blending elements of punk, folk and alt-rock to create a sound they describe as ‘honest music.’

The band is confirmed to perform at Fest 19 in Gainesville, Florida in October 2021, and is also featured on Wiretap Records’ latest Attention! charity compilation, benefiting the ACLU, now available for ‘name your price’ on Bandcamp.

The band has also joined the #ArtistsForChange program and will be donating a percentage of their upcoming releases’ digital royalties to the NAACP Legal Defense Fund.

What others are saying about Catholic Guilt:
” A beacon of light for anyone who finds themselves at the crossroads of pop punk and folk, Australian outfit Catholic Guilt blend the two seamlessly. Add prominent influences by bands as diverse as Against Me!, Thrice and the Menzingers and you’ve got sounds and styles that are as beautiful as they are varied.”- Alternative Press

“Catholic Guilt do that thing where they help you pick apart the seams of your barely held-together self worth but make it sound like a right fun time along the way.”- triple J