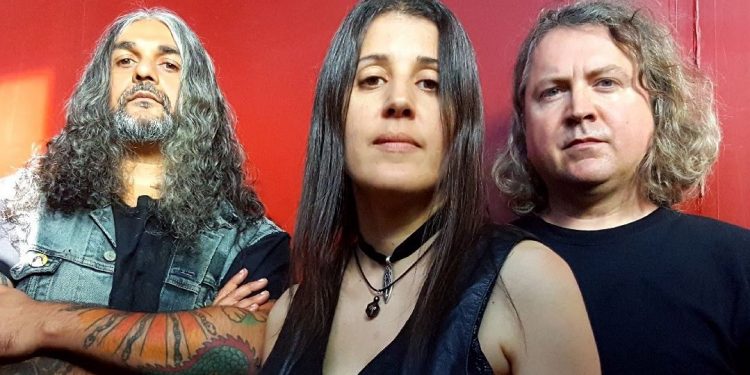 Cardinal Wyrm album Devotionals is the fourth from the Oakland-based doom trio. A time-lapse video of the album’s striking cover art being painted by Kim Holm is now available.

Cardinal Wyrm is embodied by lead vocalist/drummer Pranjal Tiwari (S.C.R.A.M.), bassist/vocalist Leila Abdul-Rauf (Vastum, Terebellum, Hammers Of Misfortune, Fyrhtu), and guitarist/vocalist Nathan A. Verrill (Terebellum, Fyrhtu). The follow-up to their Cast Away Souls album, released via Svart Records in 2016, Devotionals can be described as heavy, intricate, driving, progressive, and genre-bending music that seeks to tell a story.

Devotionals is available on limited edition cassette and digital at Bandcamp where the album is streaming in its entirety HERE; the band is offering free shipping for cassette orders from Bandcamp.

“When sanity fails, weird is the way forward. ‘Devotionals’ ignores both left and right hand paths, taking an off-the-clock magic carpet through doom’s hallowed halls, out of their minds on moonshine and safe in the knowledge that no one else sounds quite like this right now.” – Blabbermouth

“Devotionals truly is a work of genre-bending art. A musical performance piece of desperation, hope and collective rallying. The band stated that their wish for this album was to dial it back to DIY roots. The result is an album that is masterful in composition, execution, and packaging. The entirety of Devotionals is something to behold.” – Last Rites

“A strange thing happens when one encounters Devotionals in repeat fashion. Usually with records, the more you hear, the more you know, but Cardinal Wyrm manage to answer engagement with nuance, and there always seems to be something else to hear… Cardinal Wyrm find persona in grim intricacy, tearing limbs off different microgenres to construct a monster of their own.” – The Obelisk

“There is something deliciously wrong with Cardinal Wyrm’s idea of doom metal that sounds absolutely right. As if phase-shifted just slightly out of our reality, the music of the Bay Area trio murmurs with a strange inflection, creating a loose and rambunctious sound that is as psychedelic as it is menacingly direct.” – PopMatters

“Although rooted in the more traditional sense of doom metal, Cardinal Wyrm take this concept, and push those boundaries, exploring the paths of noise-rock, deathrock and sludge.” – The Sleeping Shaman

“Devotionals is in a class of its own this year: there’s not much else you’re going to hear that sounds like this. It’s traditionally-oriented doom metal, but with a strange sense of melody and an epic posture that combine to create a take on the genre that’s refreshingly alien — melodic, riffy, and even blackened-feeling (in tonality, not tempo) at times.” – Invisible Oranges 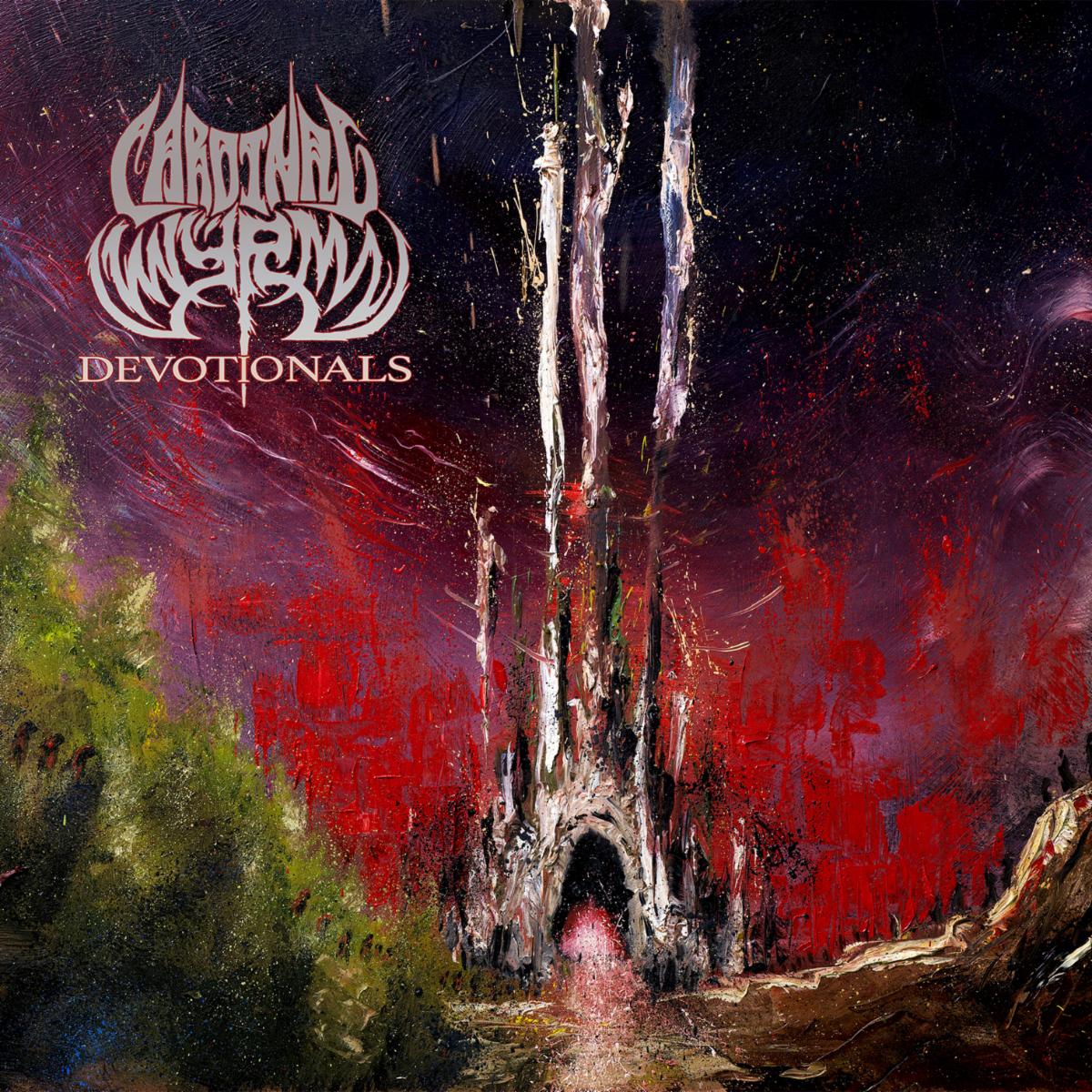