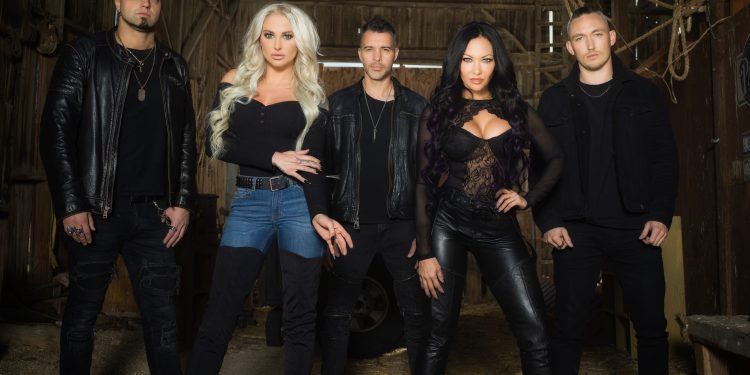 Butcher Babies single “Sleeping With The Enemy” is the latest release from the innovative rockers. The tune showcases the musical and diversity the Butcher Babies have cultivated over the years. The video for the track is darkly beautiful and artistic, so the band paired with Fashion and Culture magazine, BLACKBOOK to premiere it. A video can be found here.

American Songwriter lauded the new single in a feature on the band saying, “Sleeping With The Enemy” is the best of both old and new Butcher Babies. The turn to melodic vocals is seen executed by Heidi Shepherd and co-vocalist Carla Harvey with just enough intermittent screams to give texture and peaks to a song already hardened by chunky, power riffs.” 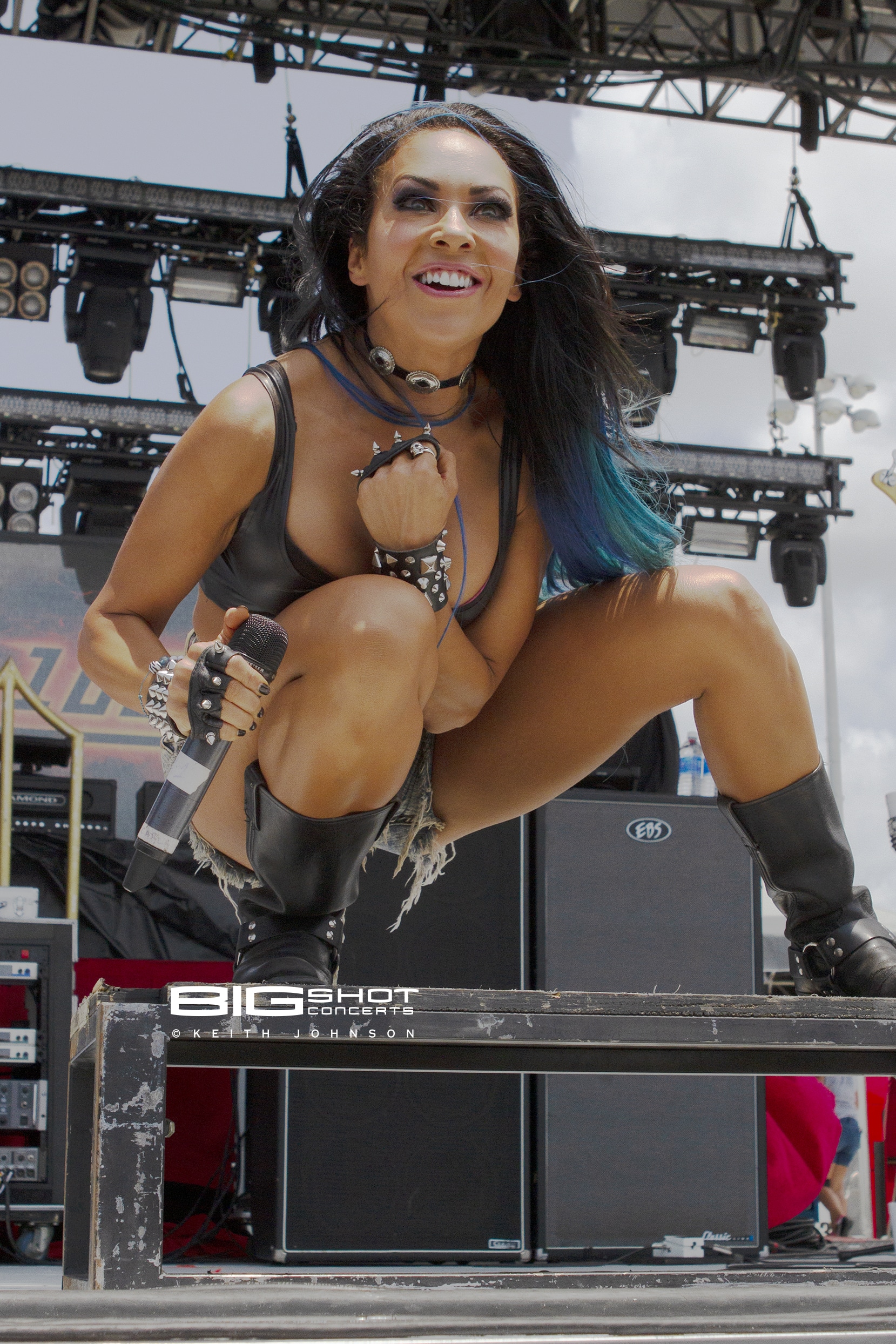 Carla says, “Sleeping With The Enemy” is one of the most vulnerable songs we’ve ever written. The song is the ultimate “own your own bullshit” song…because the first step in change is always admitting there’s a problem, right?” 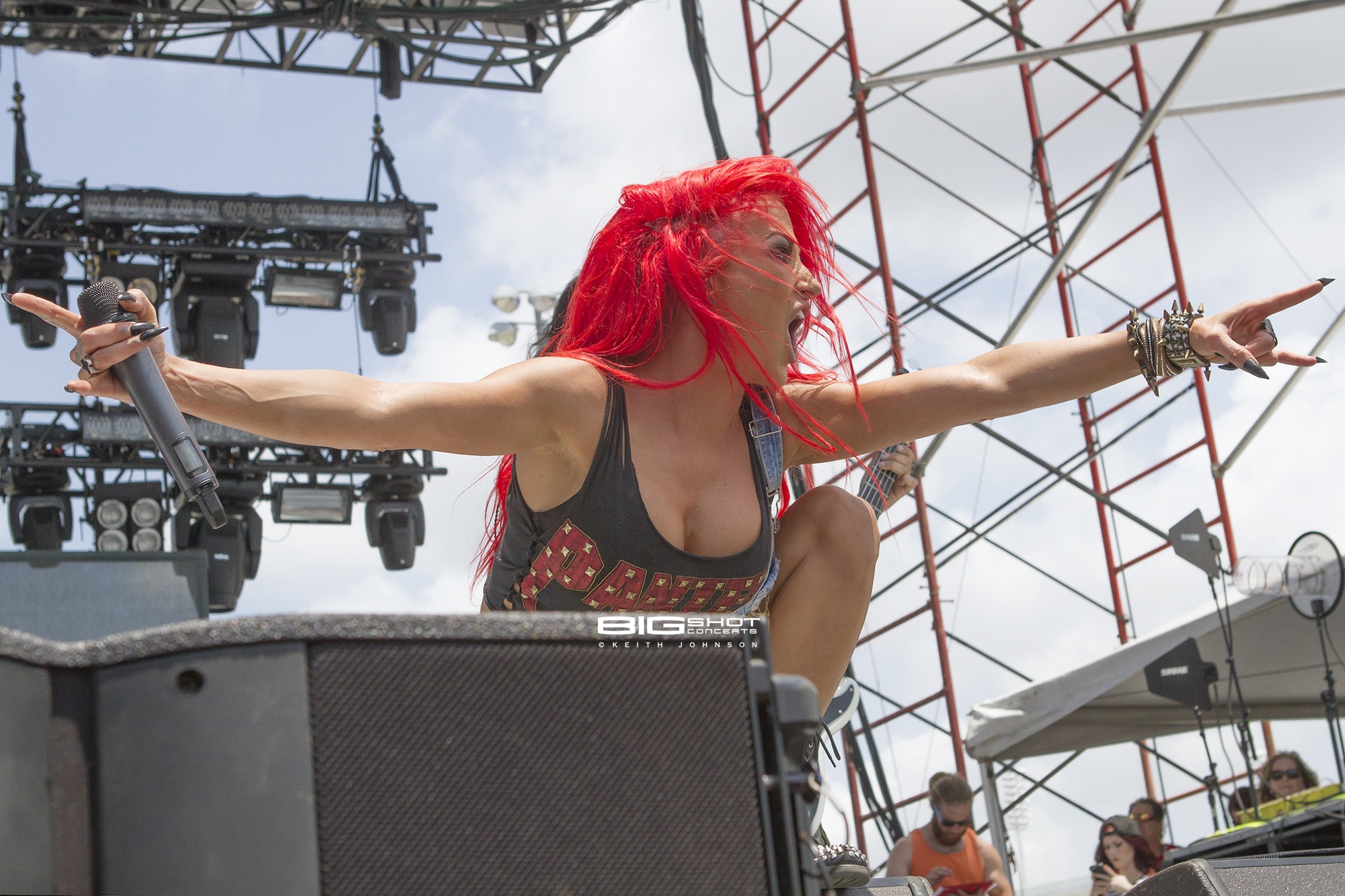 Heidi adds, “When face to face with what you presume as your enemy; who is it? Is it you? In ‘Sleeping with the Enemy’ the devil and angel on my shoulders met. This song is about hypocrisy and self realization. We can get so caught up in the rat race of life, as humans we tend to lose track of ourselves and our core values along the way. There comes a point where you look at the perceived problems in your life and realize there is one common denominator; yourself! Whether it’s in the lens you look at life through or an overall attitude, there comes a point where we must turn a negative into a positive. This song is that for me.”

Guitarist Henry Flury adds, “And just when you thought we weren’t going to be heavy anymore… BOOM! This is definitely a song for the stage. Can you sing and circle pit at the same time?”

In 2020, Butcher Babies released “Bottom of A Bottle” and celebrated 10 years as a band by creating and releasing their own signature wine called “Butcher Burgundy.” The new wine is available for purchase at butcherbabiesmerch.com.

Butcher Babies Single “Sleeping With The Enemy” marks the second release from the band’ forthcoming EP, which is set for release in mid-2021.

About Butcher Babies
For over a decade, Butcher Babies have been crushing stages worldwide with their vicious live performance and explosive energy. Their stage presence is a hypnotic spectacle that leaves audiences hungry for more. Frontwomen Heidi Shepherd and Carla Harvey, guitarist Henry Flury, drummer Chase Brickenden and bassist Ricky Bonazza juxtapose brutal, aggressive riffs with beautiful melodies that wail with emotional redemption.

Hailing from the City of Angels, Butcher Babies aided in the jubilant revival of the metal scene on LA’s iconic Sunset Strip, landing the band a record deal with Century Media Records. The group’s first two studio albums reached the Top 5 on multiple Billboard charts. Butcher Babies hit a new record high with their latest LP, LILITH as it debuted at No. 1 on the iTunes Metal Charts and No. 7 on the iTunes Rock Charts with a duo of tracks hitting the U.S. Radio airwaves.

With three albums and two EPs under their belt, Butcher Babies have reached a new level of maturity solidifying a triumphant return after a brief creative hiatus to write and rebuild. The band is set to release a barrage of singles in 2020, reflecting their growth as a band. The group is ready to take on new heights while they continue to knock down barriers.