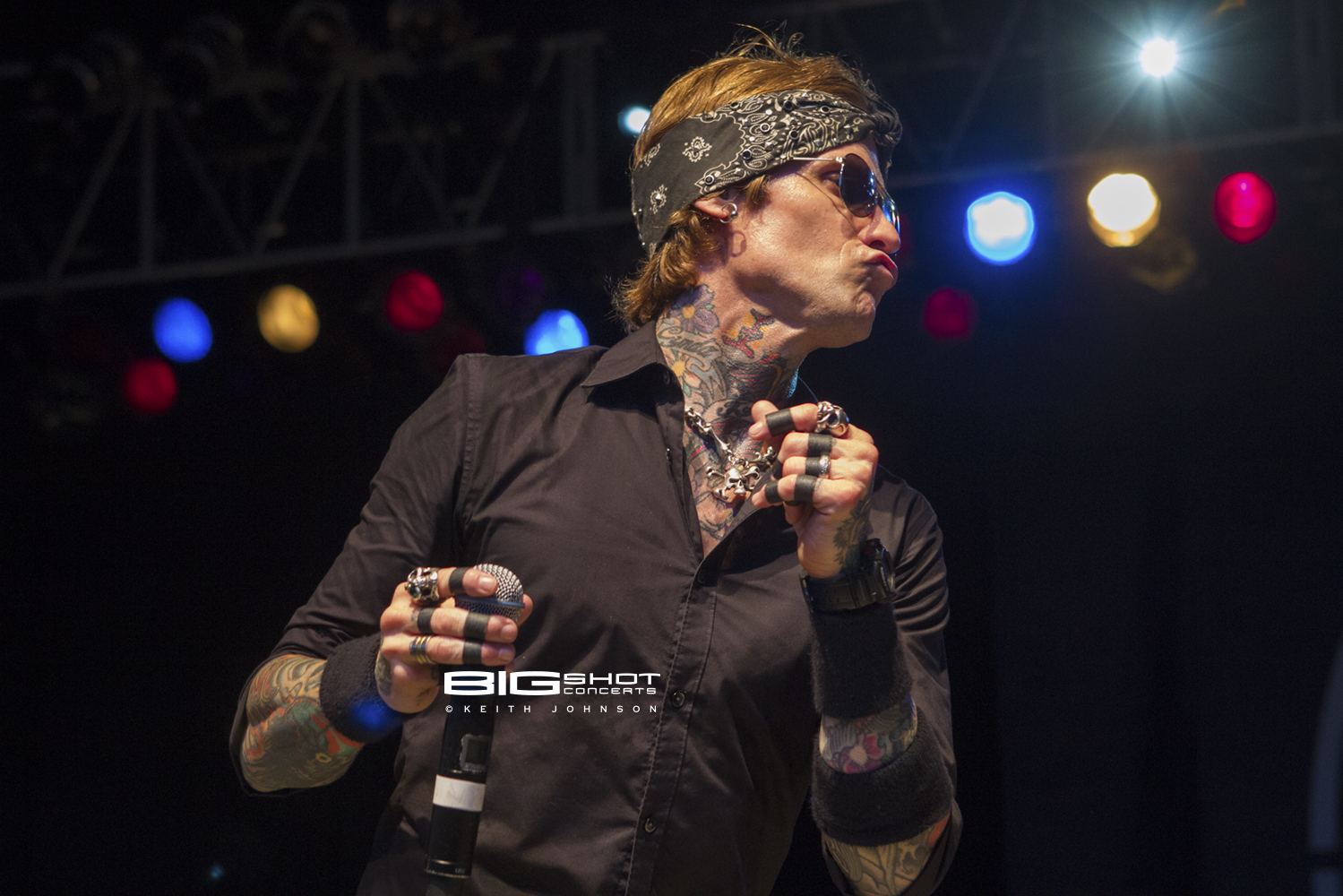 The band is out on the road touring in support of Rock ‘n’ Roll, their seventh studio album, released by F-Bomb Records. From their rambunctious opening song about cocaine to their set closing too drunk anthem, Buckcherry delivered a concert that epitomized the raunchy side of hard rock music. At the helm of this quintet from Los Angeles is Josh Todd. The lead singer commanded the stage with his usual swagger and cocky demeanor. Whether he was singing, gyrating, shaking a tambourine or stripping down to expose his tattoos, the fans got to enjoy an over-the-top performance with plenty of bravado. Lead guitar player and founding member Keith Nelson kept the night cranked up with his fast and furious fret work. Though he didn’t engage in any high-risk acrobatics, his playing style was lethal and treacherous, much to the fans delight.

Wild man Stevie D. ripped up chords and shredded through songs as he melted the strings on his axe. He is always a lively spit fire on stage infusing pure musical talent with plenty of exaggerated showmanship. As he always does during live performances, Xavier Muriel pounded out dirty and gritty rhythms from behind his drum kit. He also showed his appreciation for the photographers in the pit by giving them the finger sign that they were number one.

Adelitas Way rolled in from Las Vegas to open the Buckcherry concert and provide support for the first leg of the tour. They played straight up doses of metal music that set the tone for a great night of live rock and roll under the stars at the Pompano Beach Amphitheater in southern Florida. 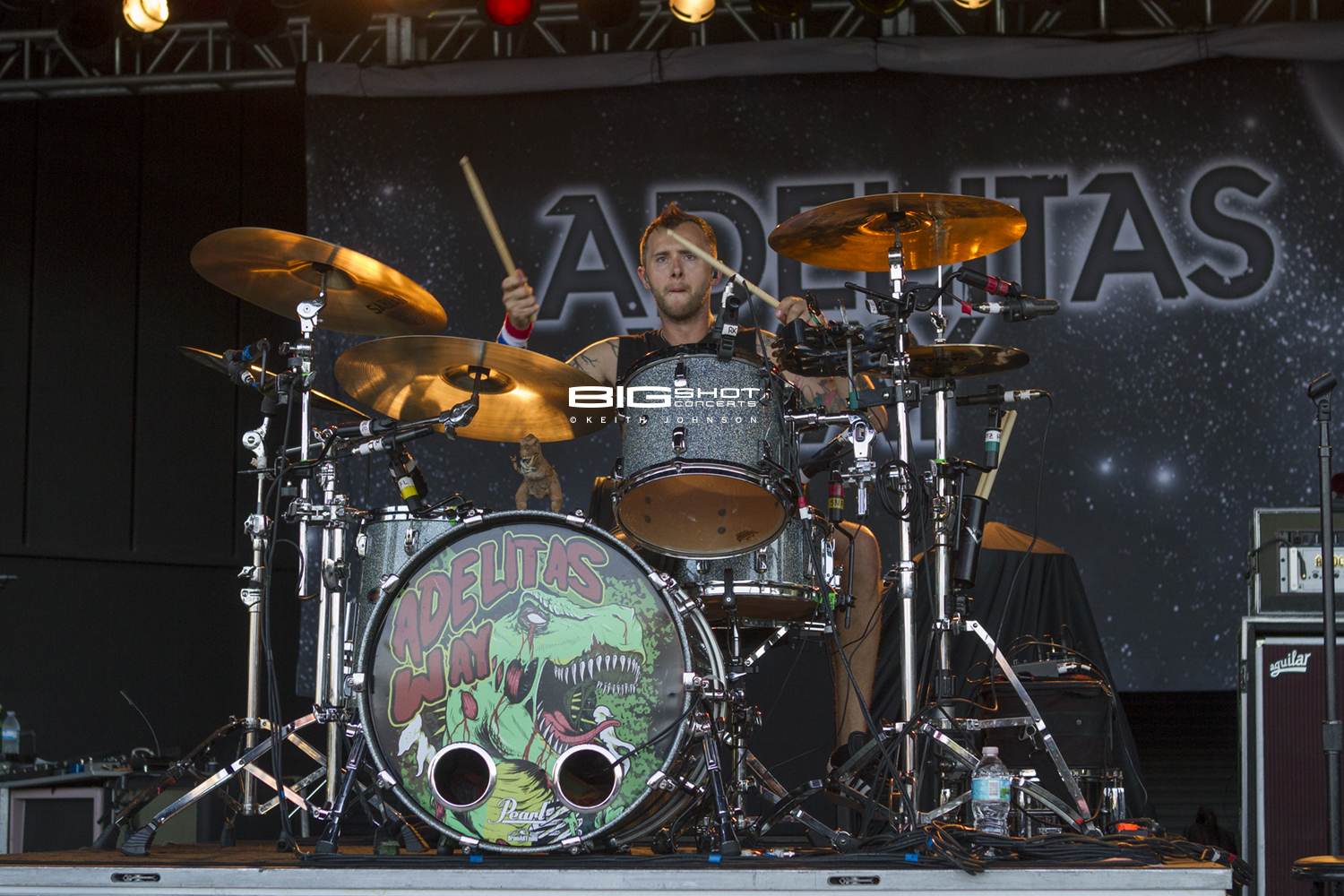 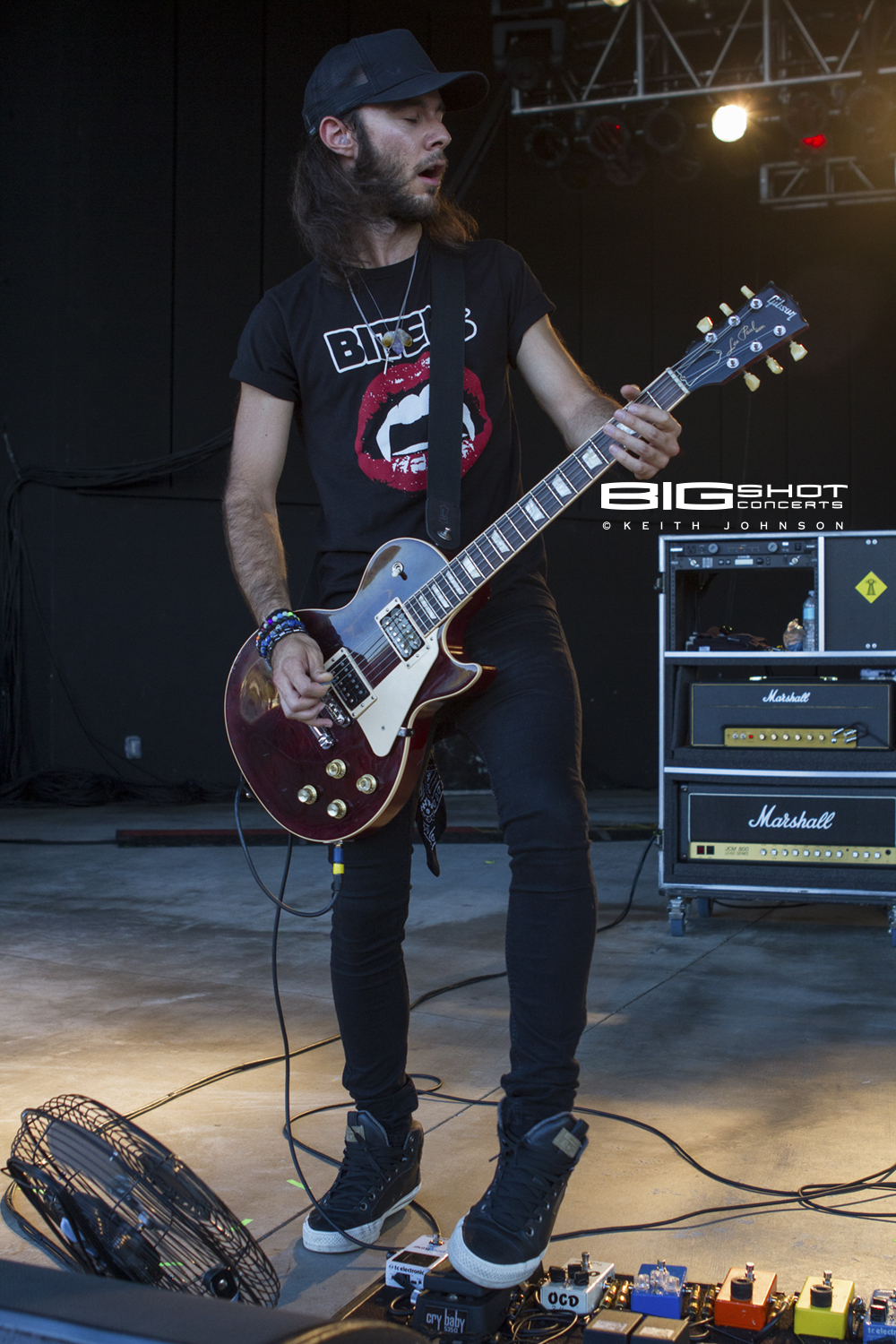 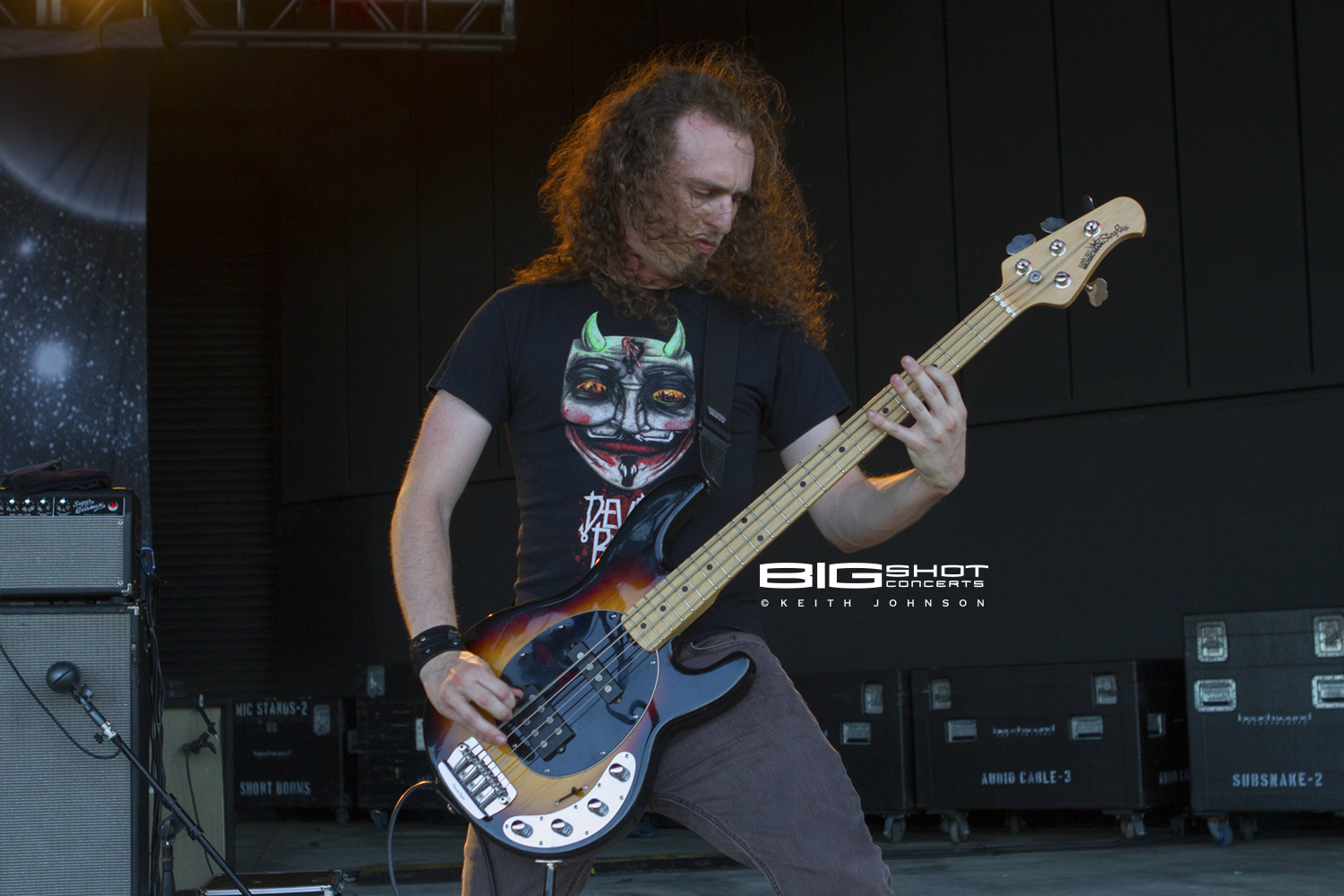 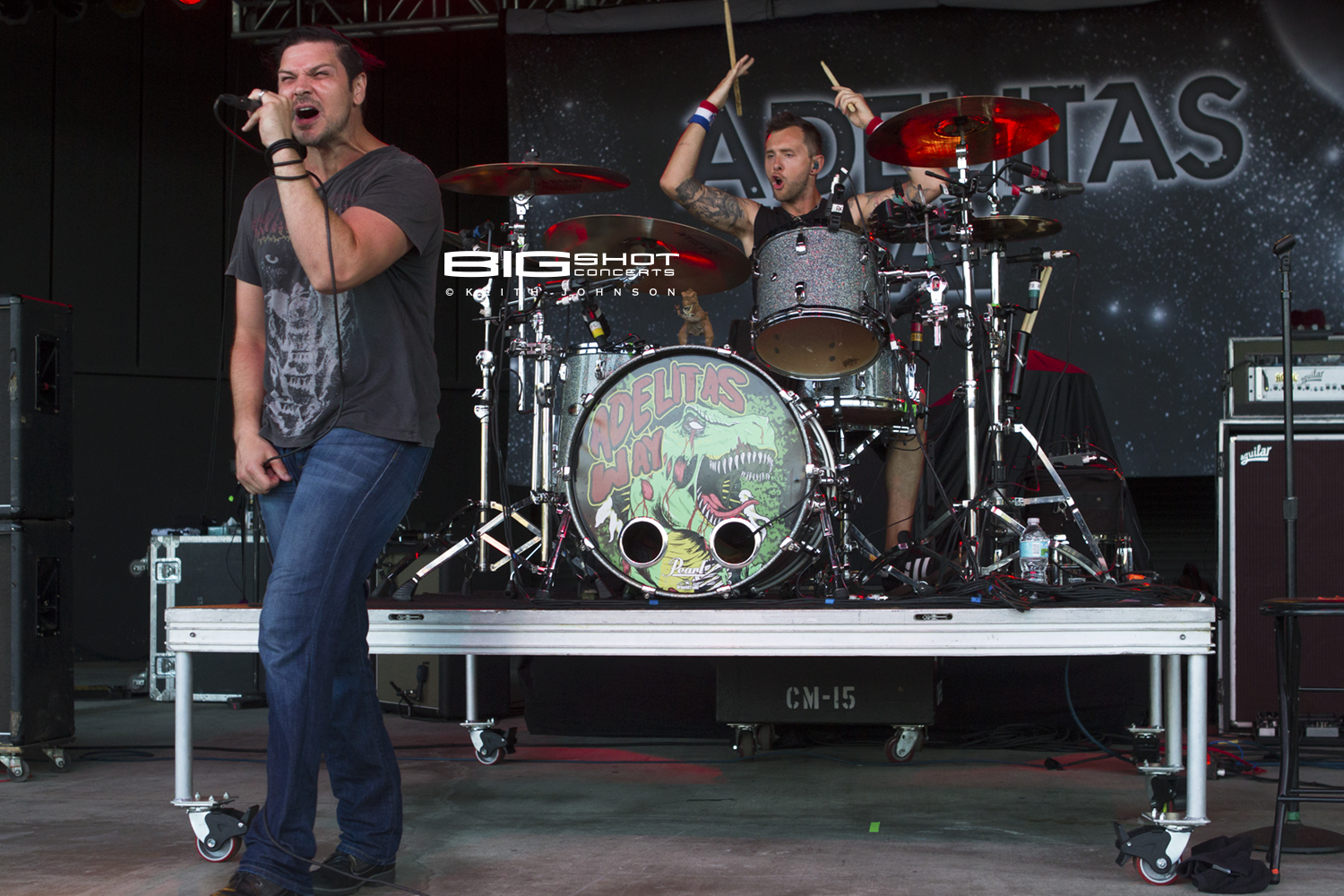 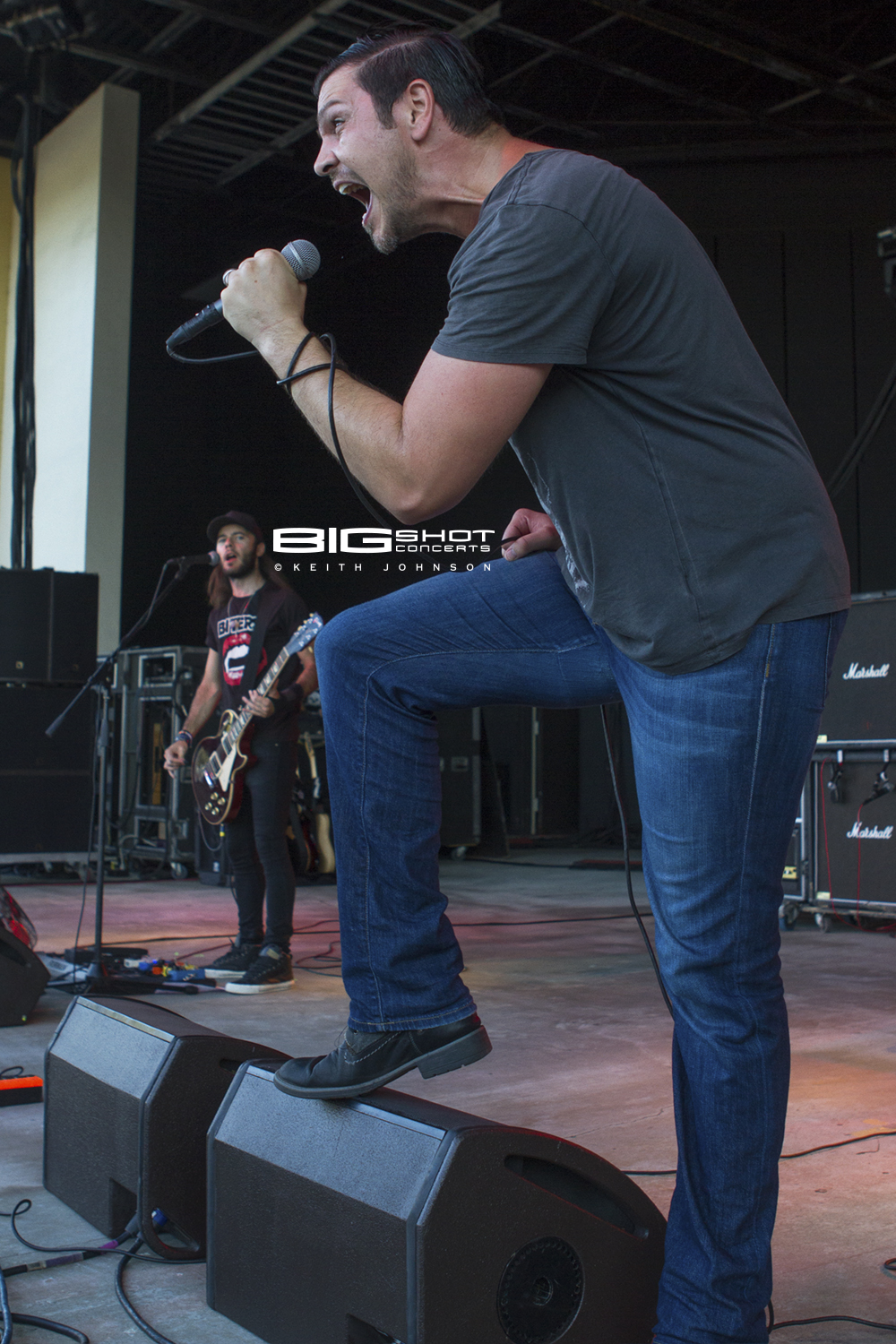 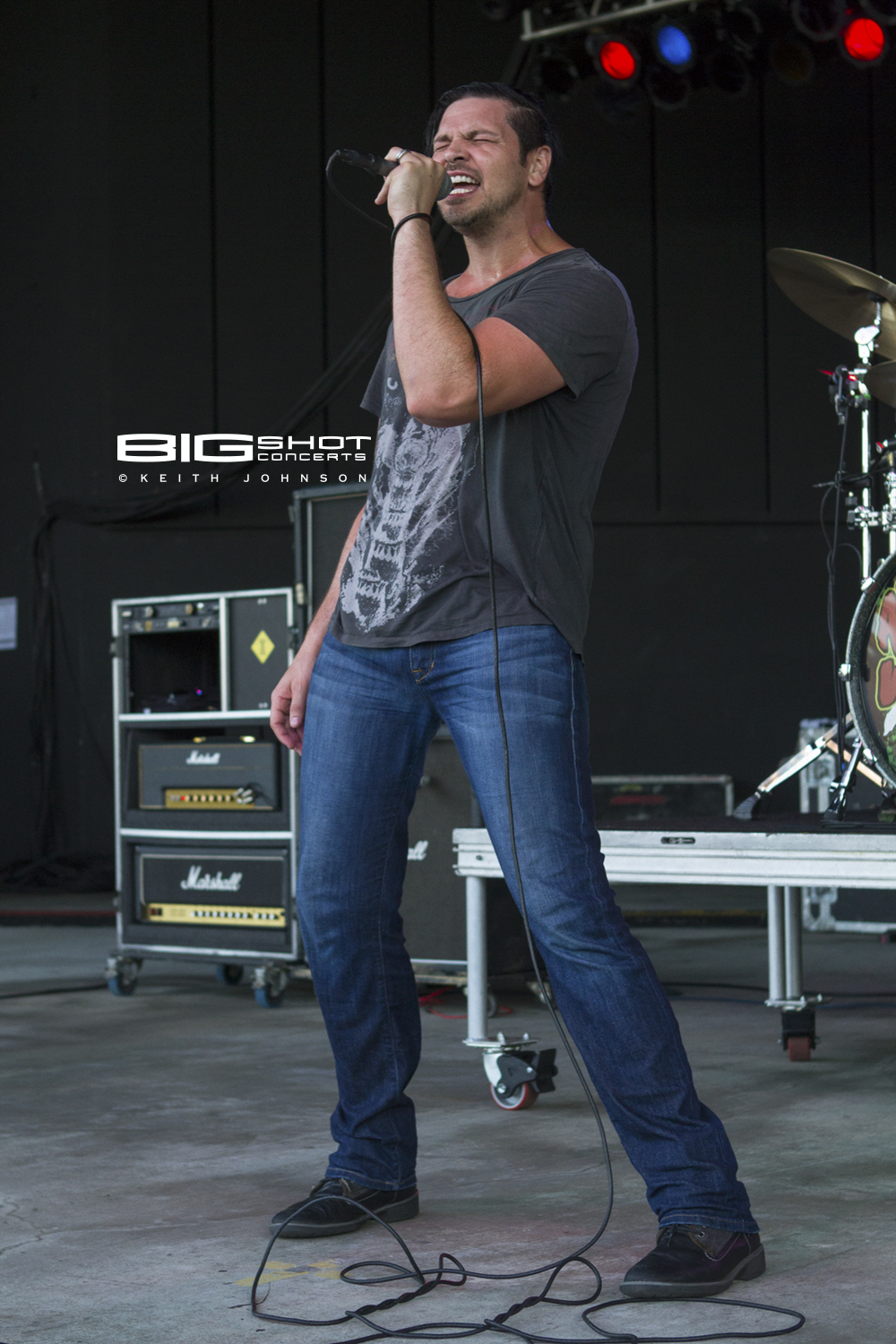 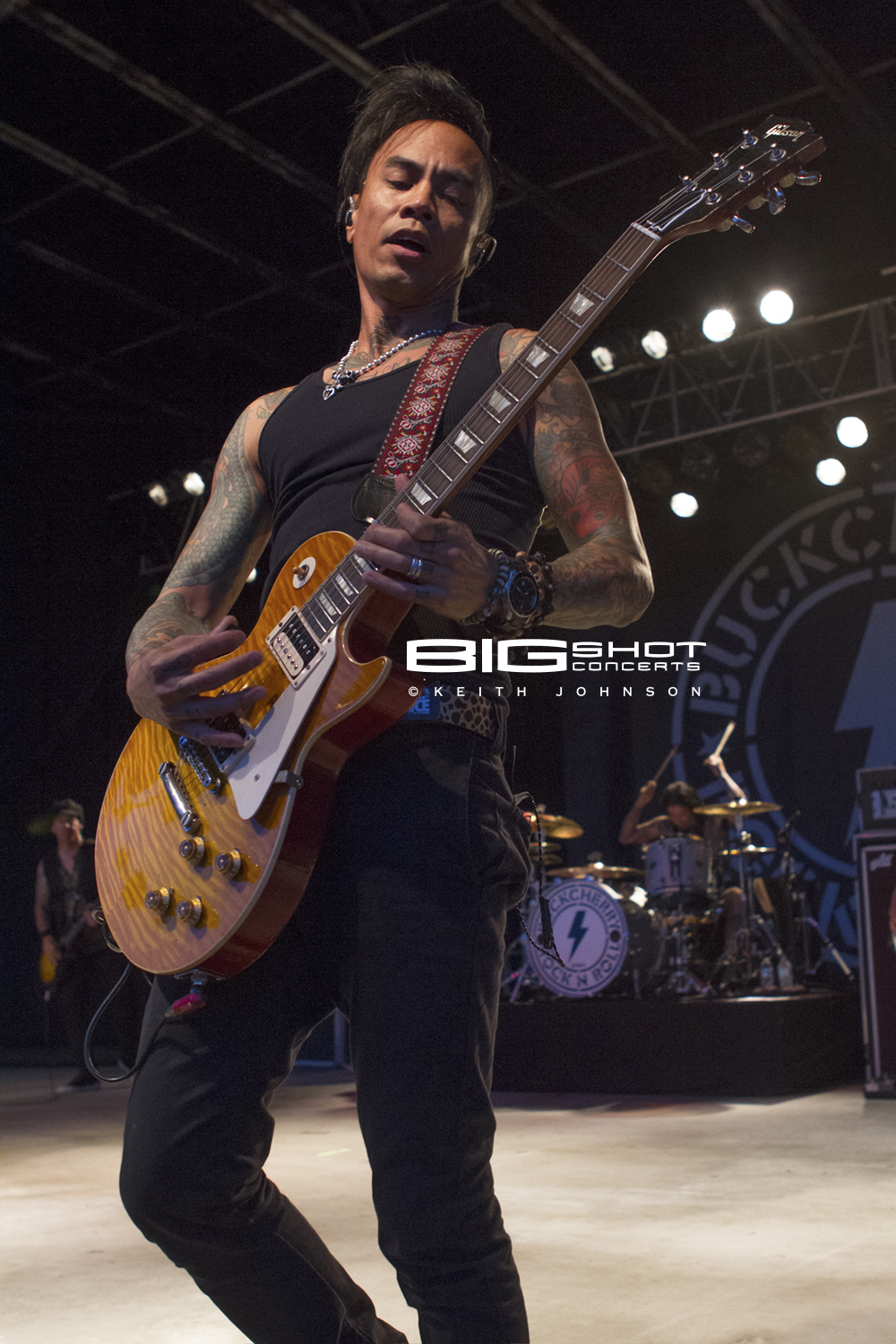 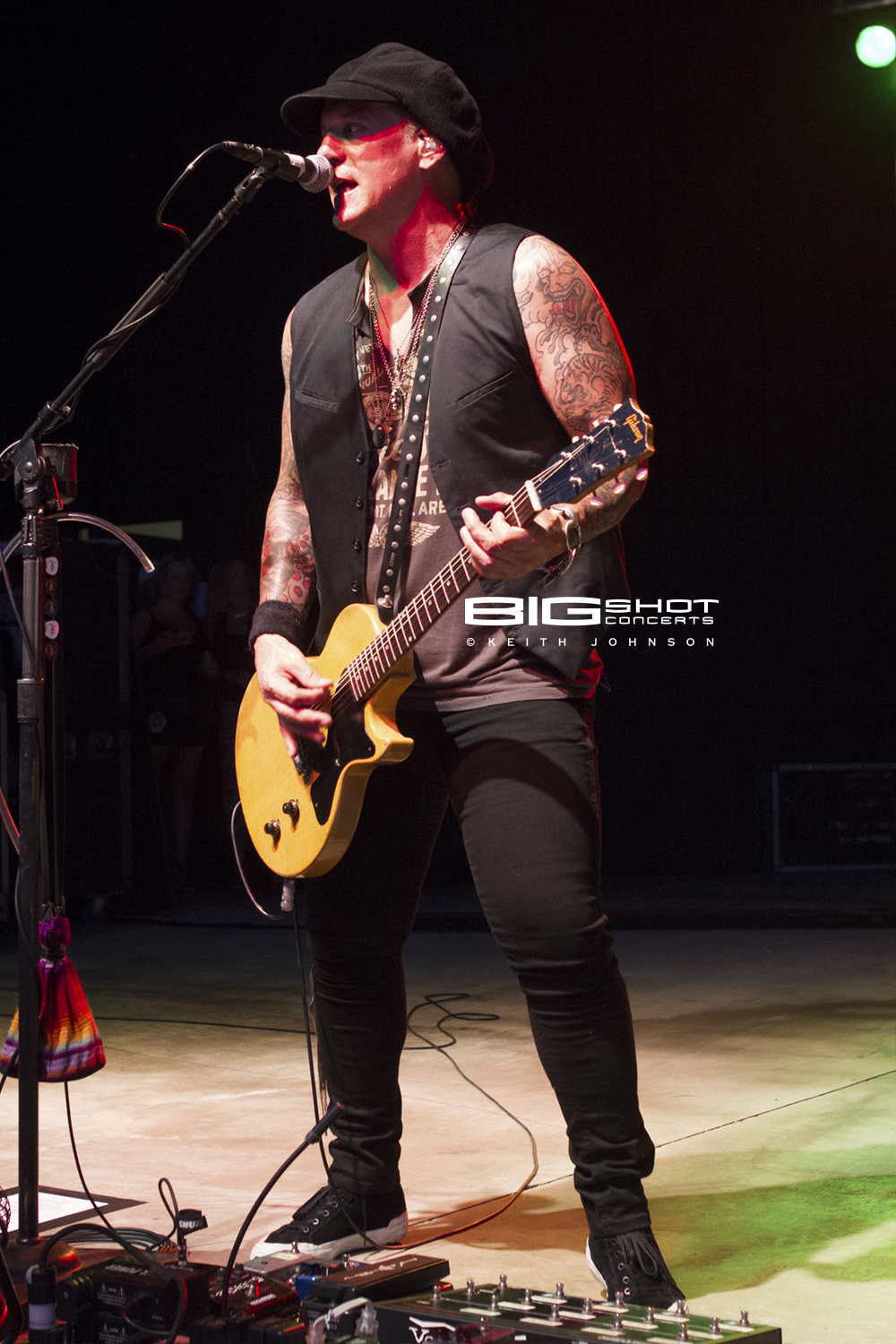 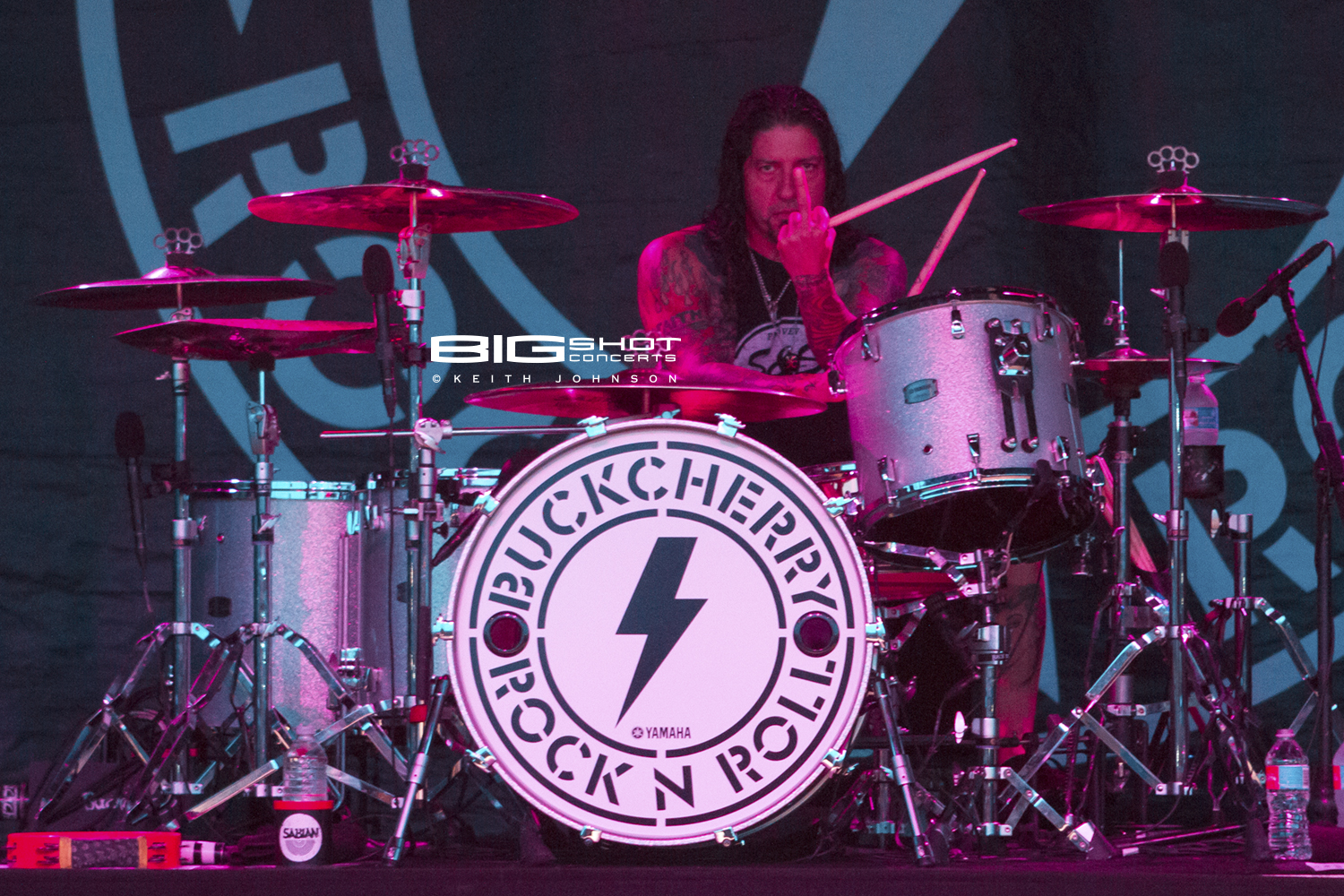 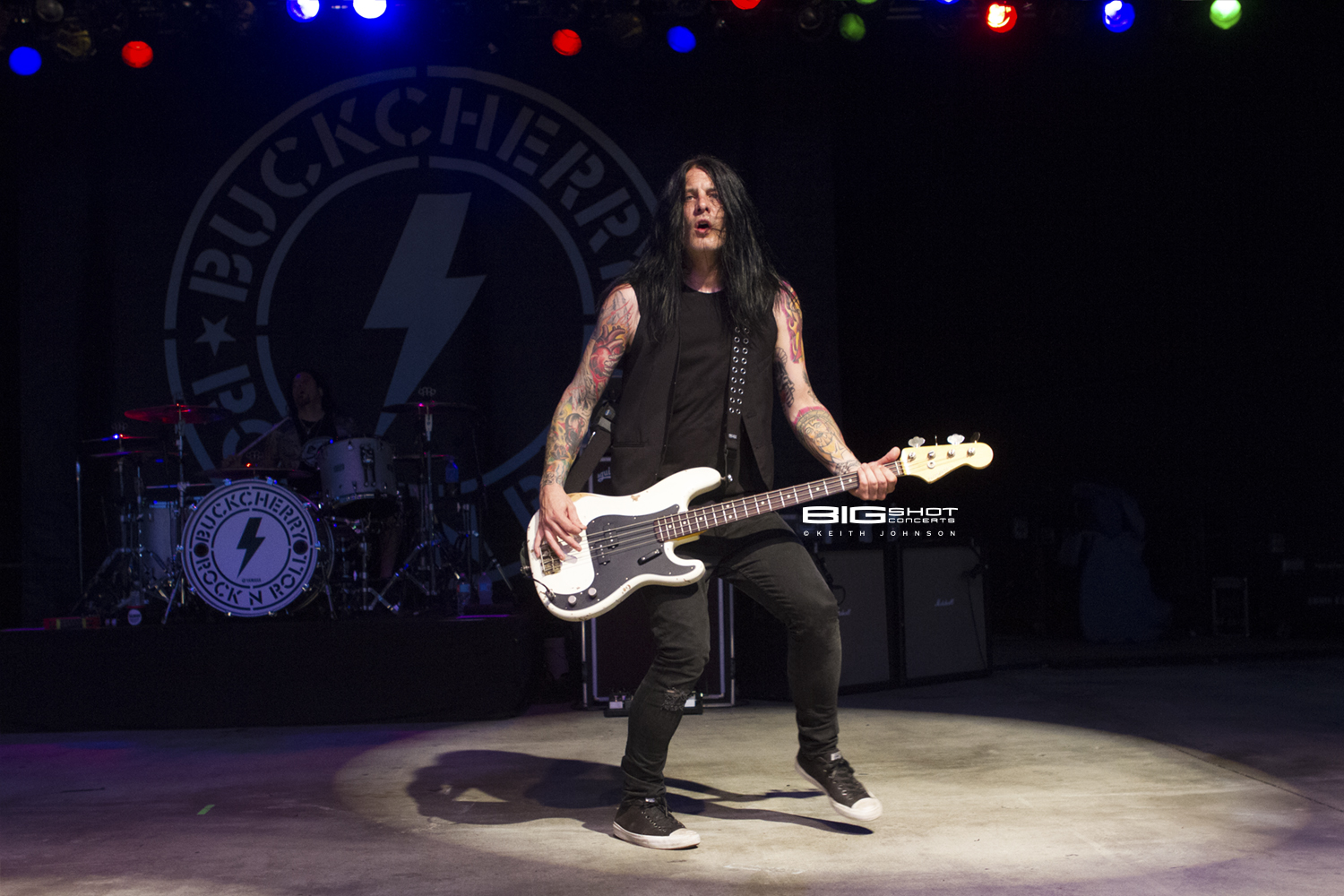 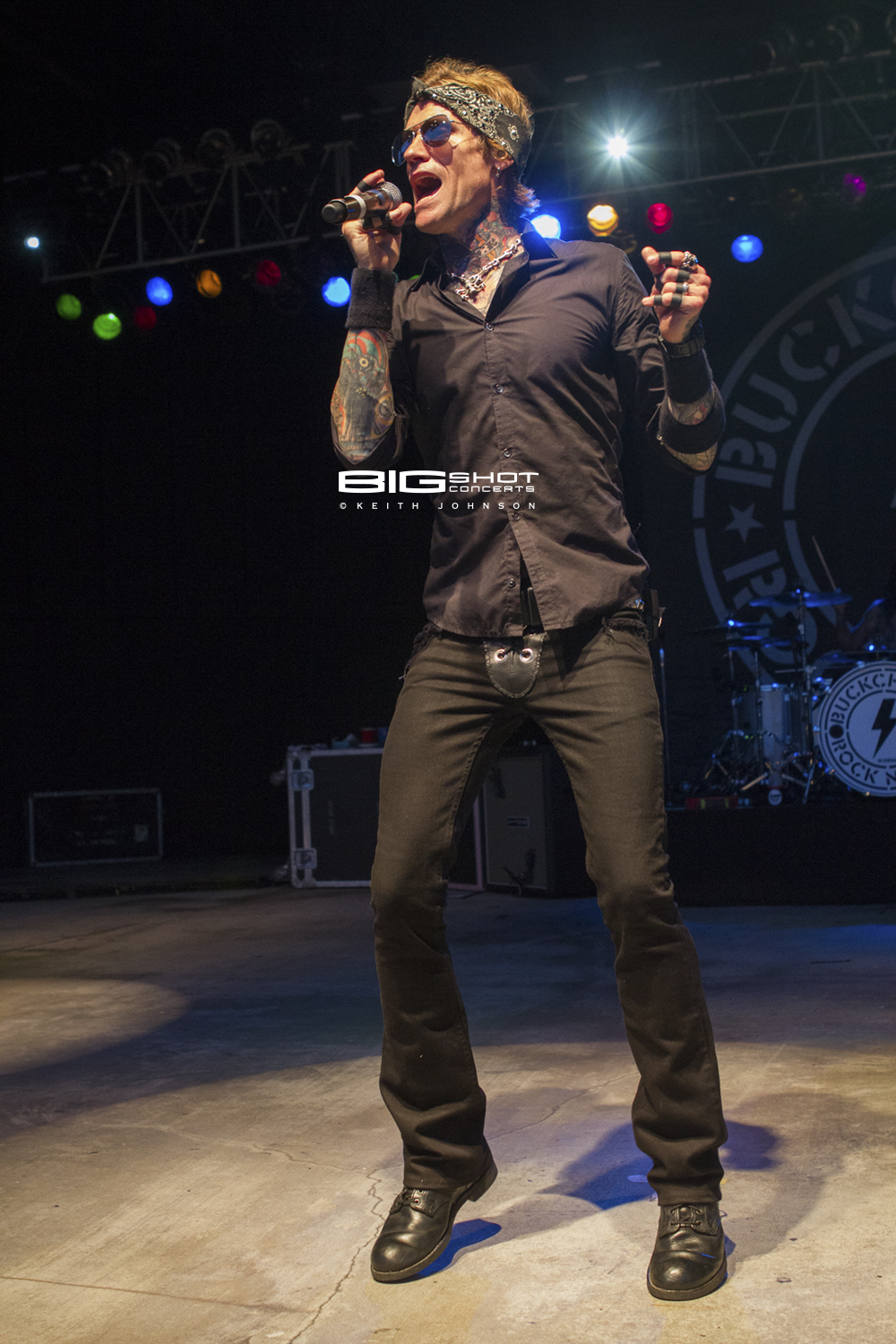 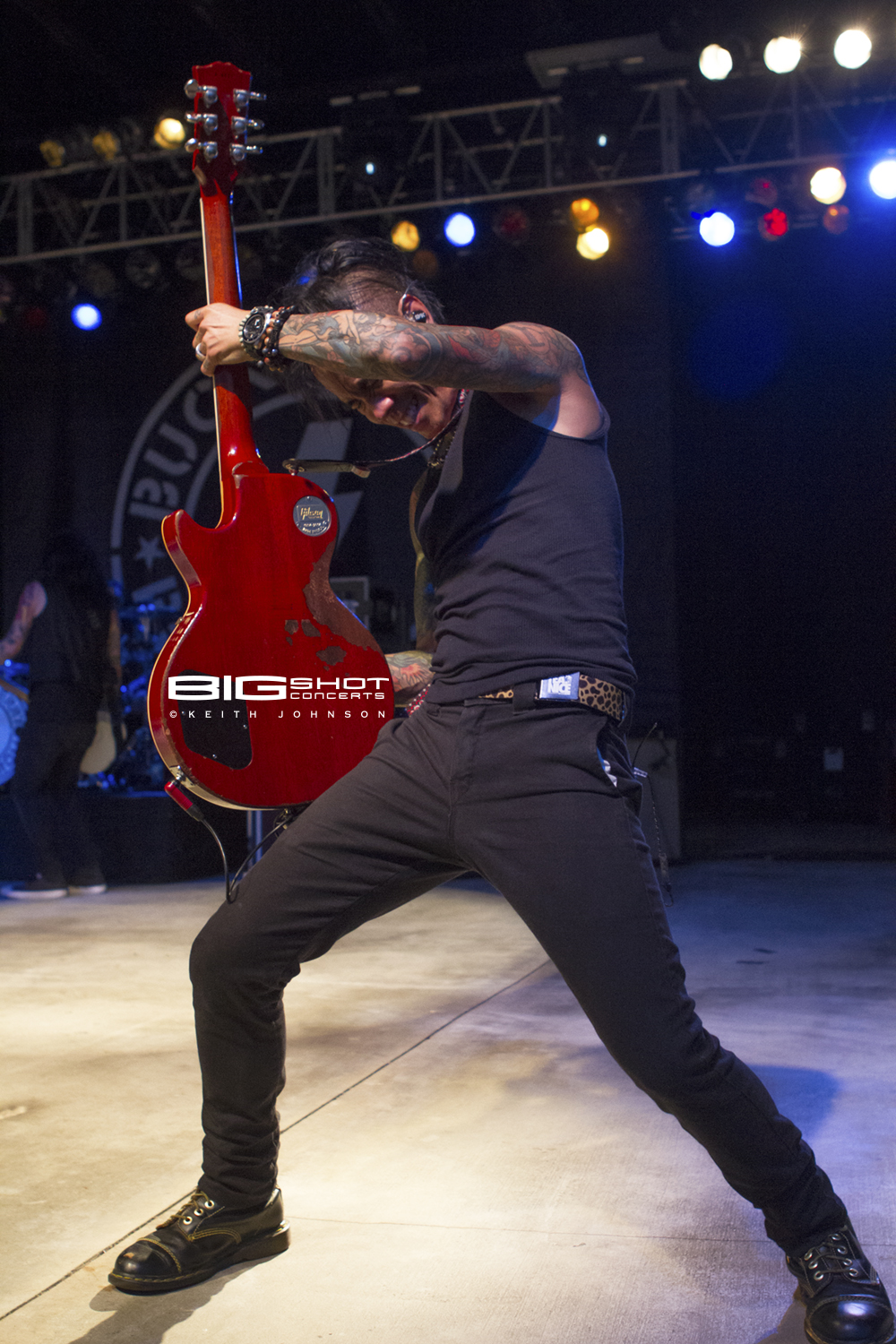 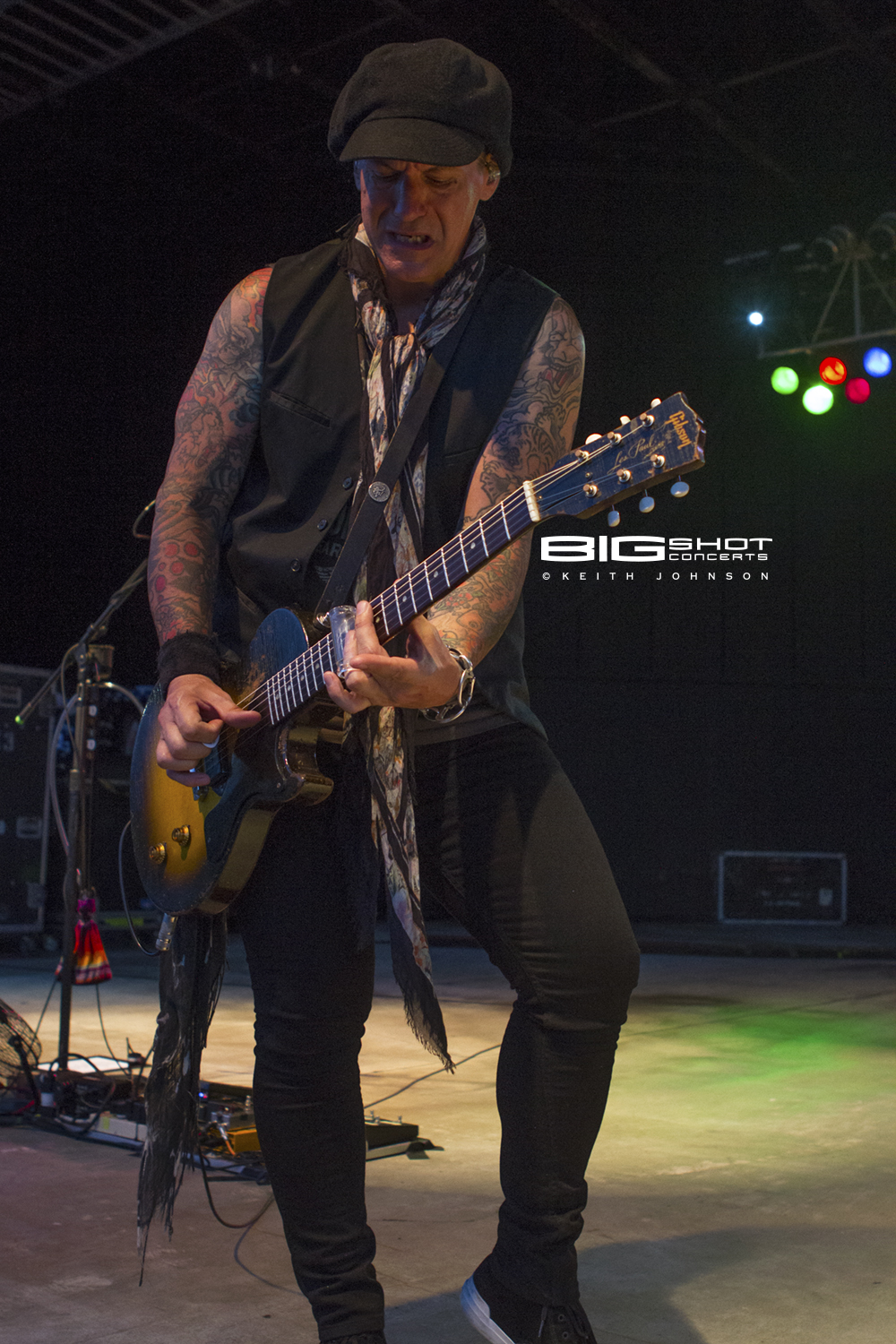 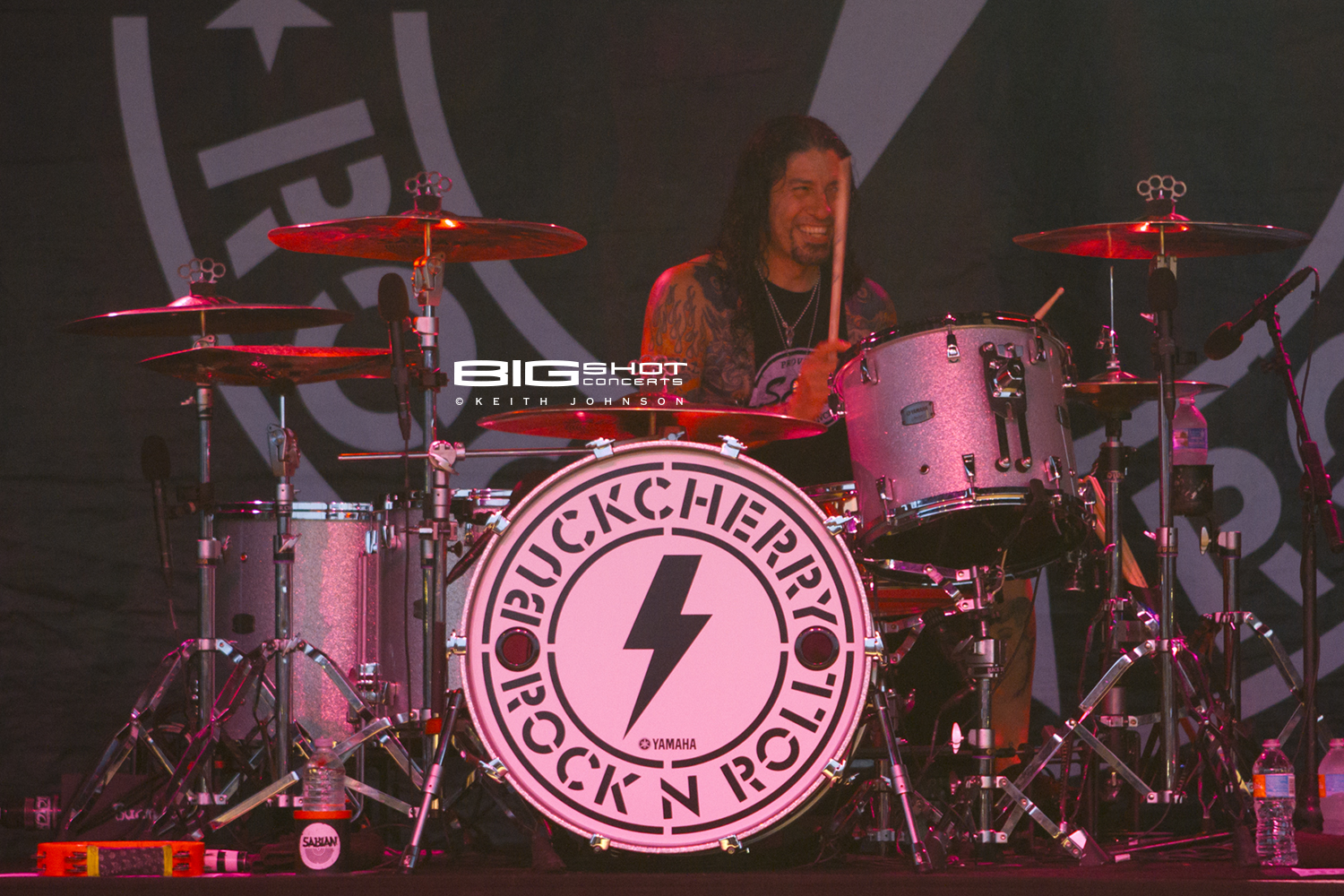 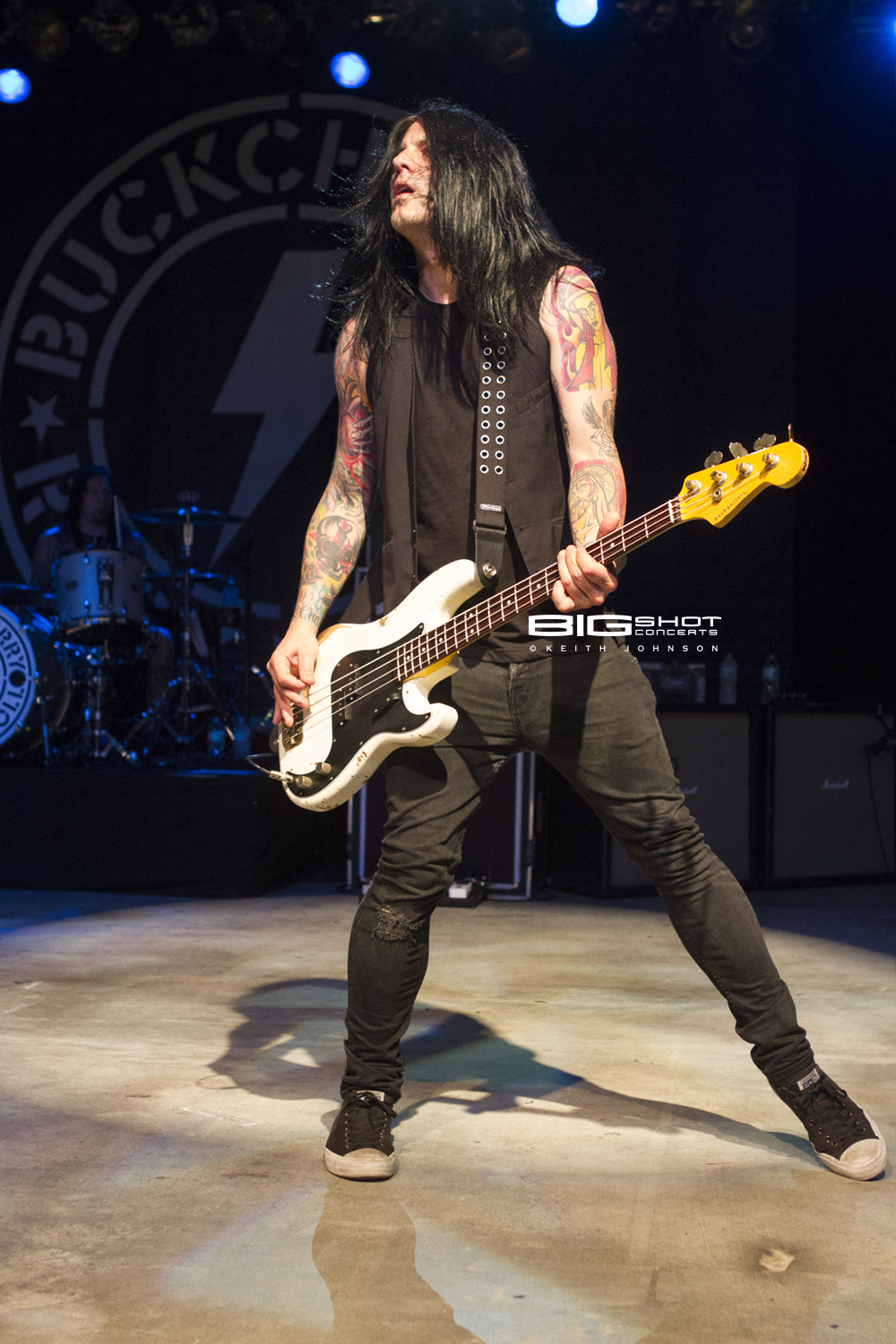 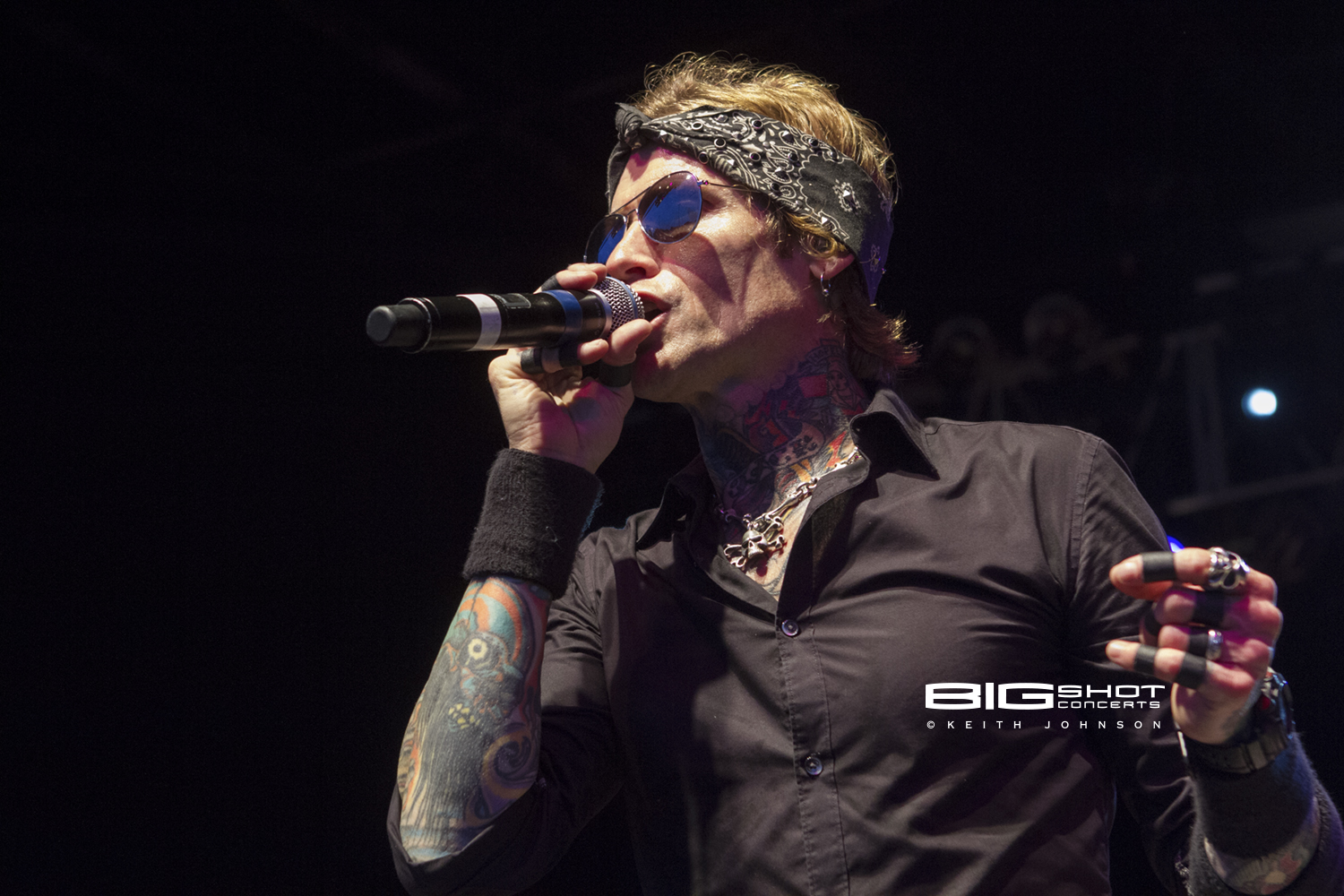