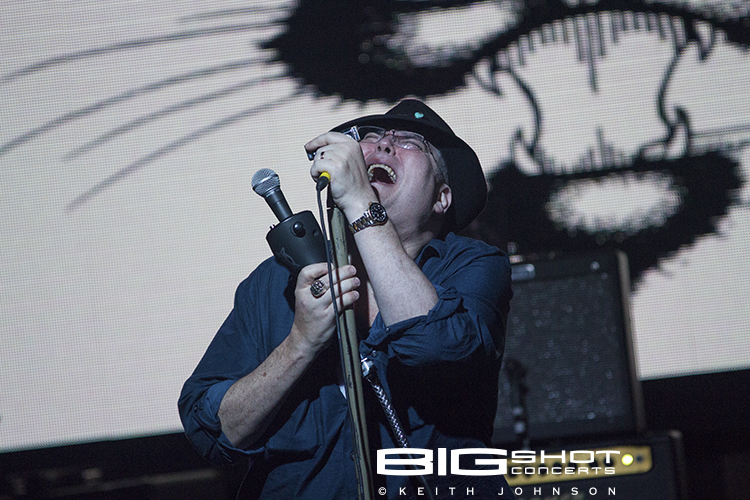 Blues Traveler played a soulful set with plenty of bluesy rock when their Blow Up The Moon tour landed on Revolution Live in Ft. Lauderdale, Florida.

The musicians wasted no time letting loose and living up to their reputation as a jam band. John Popper, singer/harmonica sensation, blew through an assortment of harps without ever appearing to catch his breath. He introduced a brand new, custom-made harmonica holder microphone that seemed to project every note with harmonious clarity during his numerous solos.

The band is out on the road touring in support of their 12 studio album: Blow Up The Moon. The record is a departure from previous releases in that Blues Traveler collaborated with some of the biggest names in alternative rock to write and record tracks. Those artists included Hanson, Jewel, Rome Ramirez (from Sublime with Rome), Dirty Heads, Plain White T’s, Bowling for Soup, 30H!3, Secondhand Serenade, Thompson Square and New Hollow. Some of the tracks were laid down in Nashville, and others were recorded in Dave Grohl’s (Foo Fighters) studio in Los Angeles.

The tunes sound different, but are still distinctly Blues Traveler. Two of the tracks, “Hurricane” and the reggae influenced “Vagabond Blues” are getting airplay on SiriusXM’s Jam On channel. Of course, the band can still “Hook” the fans without giving them any kind of “Runaround.” 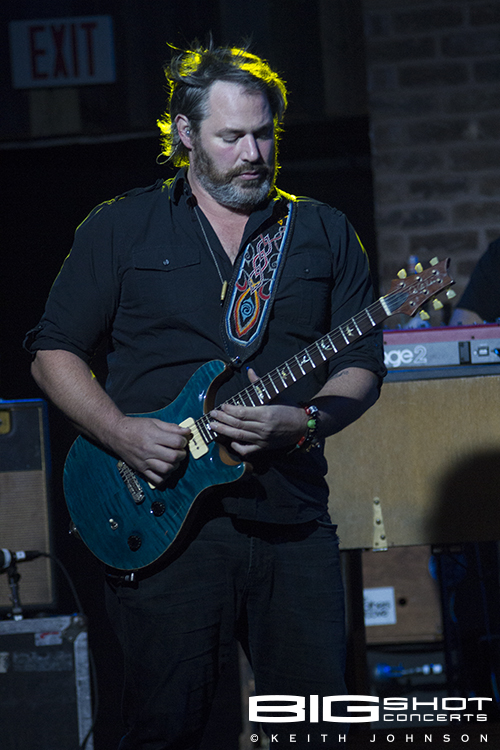 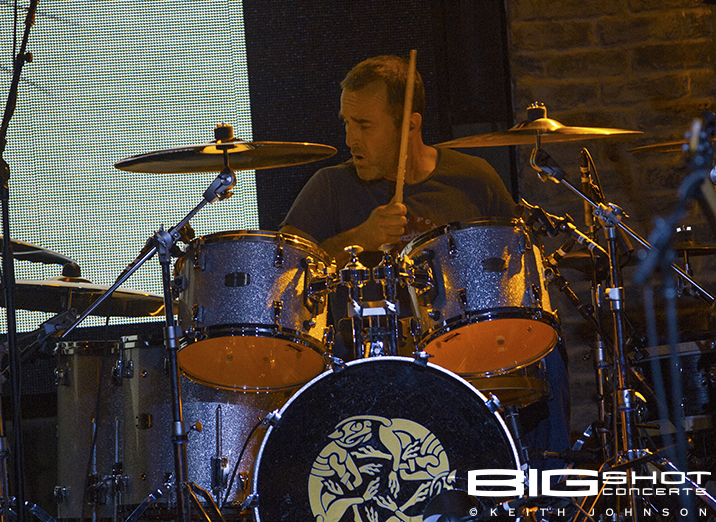 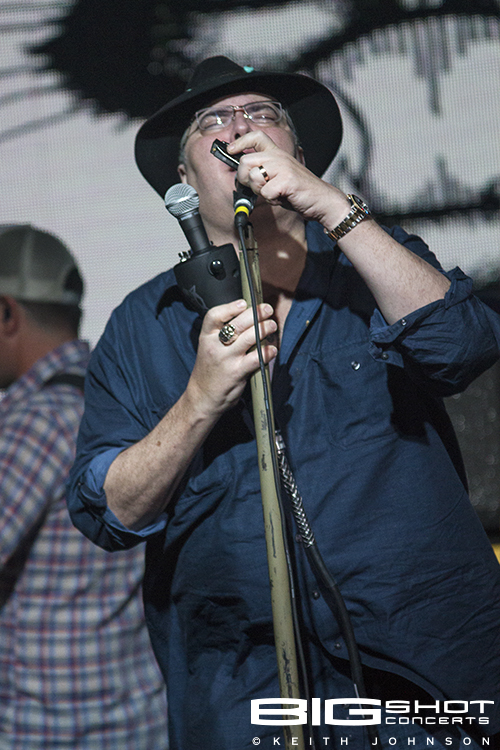 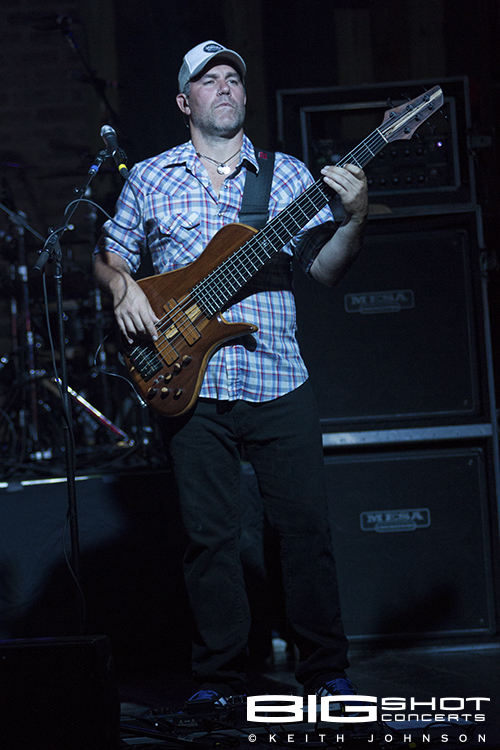 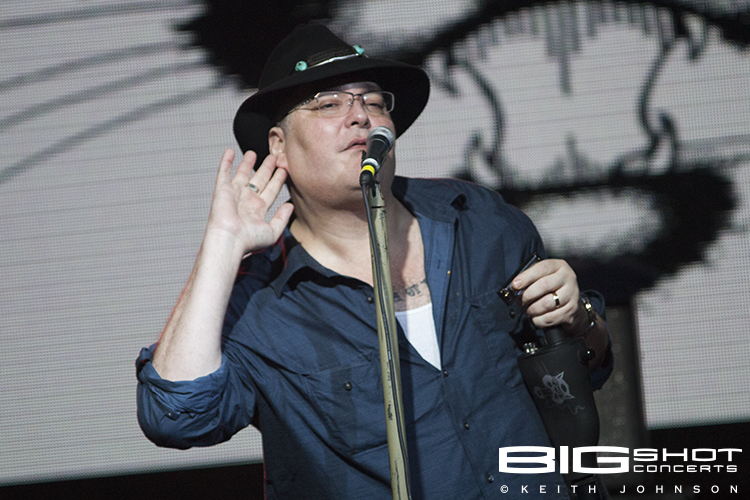 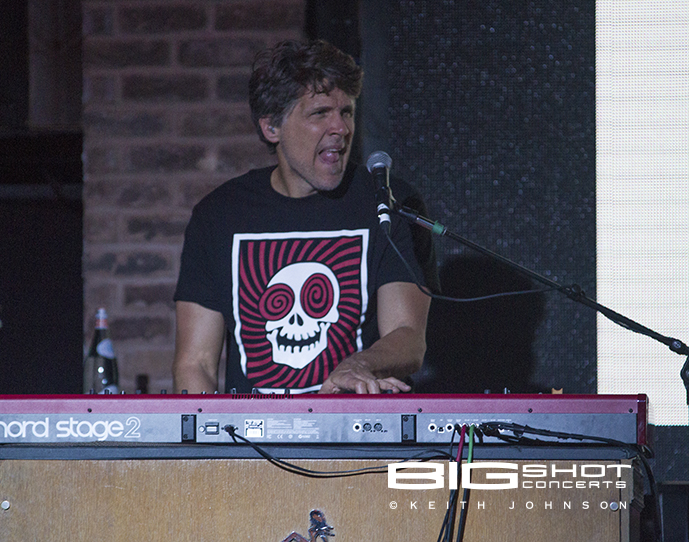 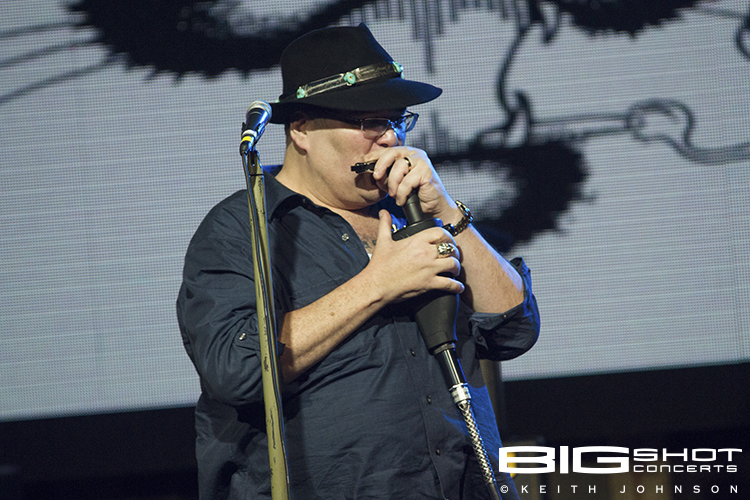 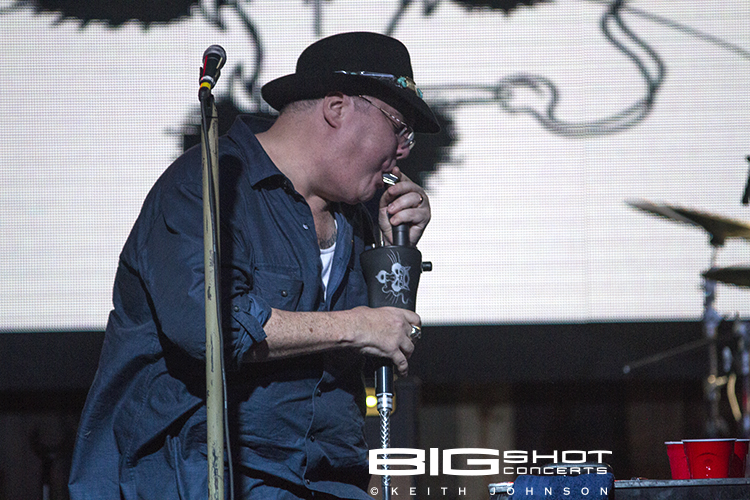 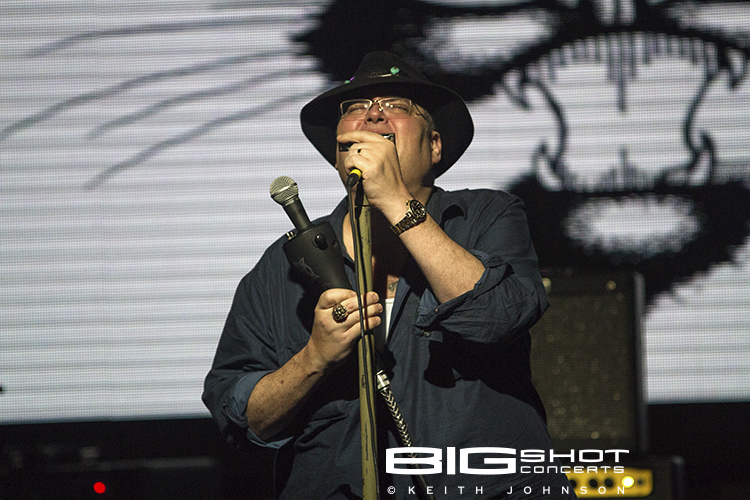 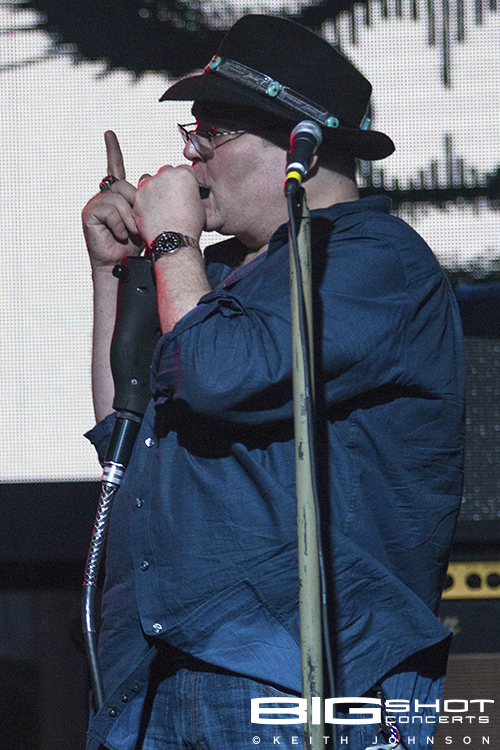 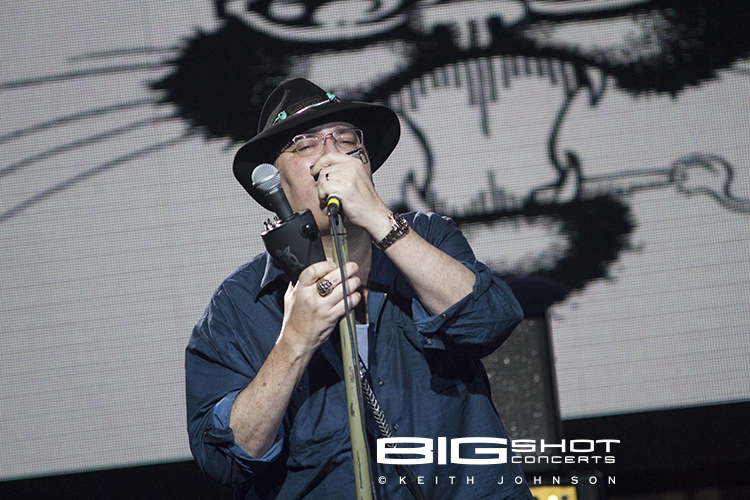