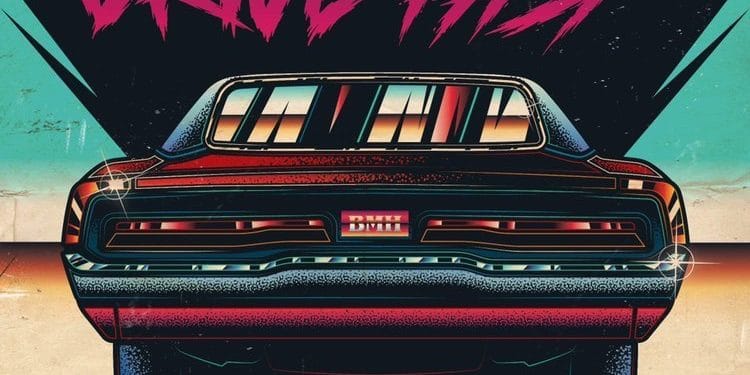 Bliss My Heart and Wildstreet vocalist Eric Jayk has released a new single, “Drive Fast” along with the official music video. This follows the success of “Reason To Dust” with 45k streams on Spotify.

Influenced by Bauhaus and Sister Of Mercy, Bliss My Heart sent Eric Jayk an 8 year old demo of “Drive Fast” in July immediately following the release of “Reason To Dust”. She was hoping the two could continue their collaboration in a rock, very loud way. Jayk added the main hook vocal/lyrics, Depeche Mode inspired rhythm guitars and the end solo. Working with producer Daniel Lima ( Brazil ) for the first time and mastered by Michael Fossenkemper, “Drive Fast” was completed in September. The music video was filmed by Philippe Jacob outside Paris in October 2021, shortly after Wildstreet’s tour in Europe. The cover artwork was created by Adam Carini.

Wildstreet III has reached 1.8 million streams on Spotify. Three of their singles have been mainstays to Spotify’s editorial playlist ‘Hard Rock’ & Apple Music ‘Breaking Hard Rock.’ In October they released a cover of the 69Eyes classic “Mrs. Sleazy” via Golden Robot Records. They just finished their second tour in Europe which included shows in France, Switzerland and Belgium, including Swiss Rock Cruise. To end the year they will tour the East Coast USA in November. Wildstreet has confirmed shows and festival dates in Mexico, South America, UK, and Europe next year and will begin working on a new full-length album.

Wildstreet began in 2006 and released their self- titled debut album on Retrospect Records in 2009. The band spent the next 4 years touring nonstop and performing at US festivals including Rocklahoma (5 consecutive years), SXSW and M3 Rock Festival.