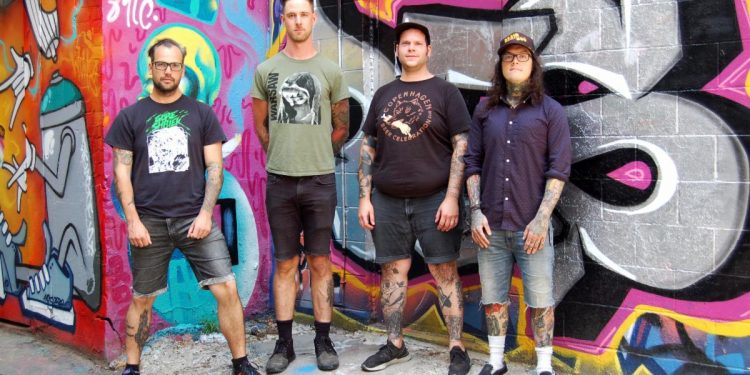 Bleeding Out Full-Length debut is presented by Profound Lore. The release of Lifelong Death Fantasy will be issued from Canadian deathgrind quartet in late October, and today, the album’s relentless pummel is proven with an advance stream of its lead single, “Realm Of Silence.”

Bleeding Out is a deathgrind band from Toronto, Ontario. And yet behind this seemingly banal statement lurks a far more seething and violent musical truth. Yes, Bleeding Out is a band with a relentless array of face-melting riffs; everything from blasting early-Earache buzzsaws to reptile brain, slow-motion skull smashers. A band that is possessed by power, fury, and a violent need to explode on stage and on record rather than wallow in tepid genre identification and weak posturing. Utilizing grindcore and death metal as a musical lens to stare long and hard at this pus filled, ingrown world as it burns and falls apart, worldview begets musical conviction, and this ouroboros of violent sounds and negative outlook exists at the very heart of the band. 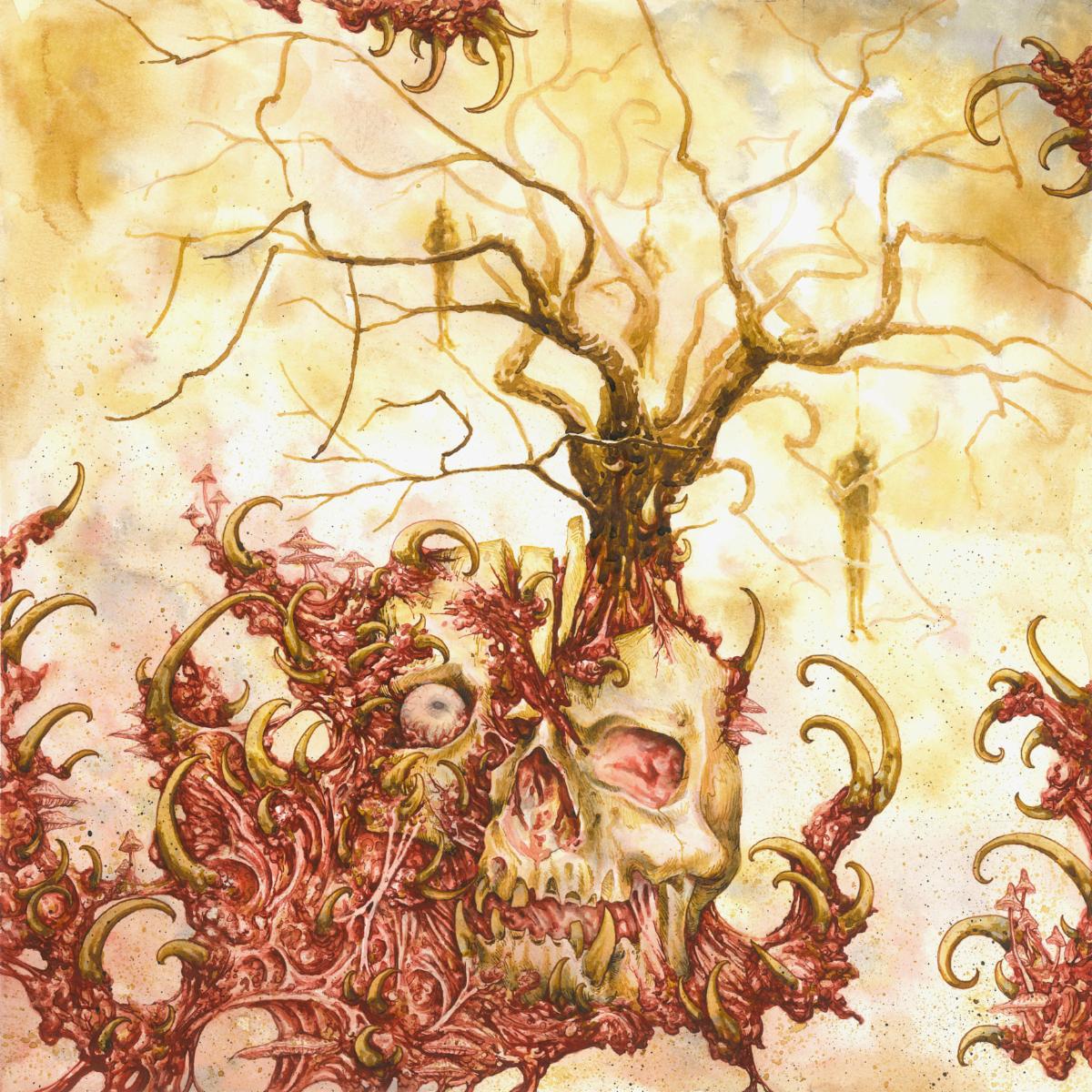 Lifelong Death Fantasy represents the next logical step in Bleeding Out’s symbiotic storm of deadly riffing and innermost world decay. The eight songs on this release represent an evolved, confident follow-up to their 2019-released split with Skullshitter on Nerve Altar Records. This crew of scene veterans offers a fluid, violent, musical vocabulary that shifts seamlessly between primordial grindcore, Japanese hardcore, and the bottomless death metal of old. These are the scorching, blinding screams of a world marked by unprecedented suffering. This is the soundtrack to a world that is somehow calmly repeating the atrocities of the past while we collectively look forward in fear. These eight songs represent a jagged, grinding assault of bleak inward vision coupled with unrelenting riffcraft.

Lifelong Death Fantasy was recorded and mixed by Sean Pearson at Boxcar Sound in Hamilton, Ontario, mastered by Brad Boatright at Audiosiege (Obituary, Nails, Dropdead), and is completed with cover artwork by Arthur Mills of Wartooth Tattoo.

View the Harsh Reality of Bleeding Out “Realm Of Silence” Video