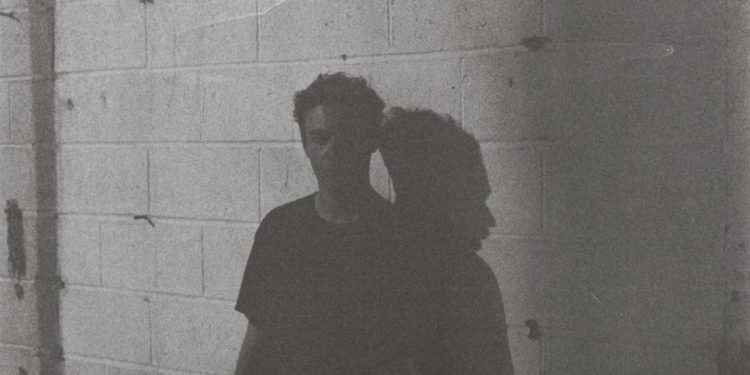 Midwestern US industrial metal outfit Black Magnet has completed work on its second album, Body Prophecy, which is being finalized for release in 2022 via 20 Buck Spin.

While details on Body Prophecy – the follow-up to the band’s well-received 2020-released debut LP, Hallucination Scene – are still shrouded in mystery, the band has issued a warning shot from the crushing album, through an intense official video for the track “Violent Mechanix.” The punishing visual work was directed and edited by Joe Casey, filmed by Beau Sparks, with visual effects by Will Acuña.

Black Magnet architect James Hammontree reveals, “’Violent Mechanix’ was the first new song written after the release of the last album Hallucination Scene. It was an attempt to forge some new ideas for the music and use a beat I had never tried. Lyrically, the song is about the ailments of the body physically responding to the current state of the world, a theme that repeats throughout the album in different contexts. For the video, we built a machine to be fueled by human workers whose mouth-to-mouth contact gives the machine energy until it’s final implosion. This is one of many videos to come to accompany the singles from the upcoming album, Body Prophecy.”

Watch for full details on the Body Prophecy LP to be issued via 20 Buck Spin in the months ahead.

Black Magnet has issued the video in conjunction with a run of Eastern US tour dates which begin this week. The trek runs from December 11th through 20th with shows in Tulsa, St. Louis, Pittsburgh, Brooklyn, Philadelphia, Cleveland, Chicago, and Indianapolis, with support from Trace Amount on the second half of the itinerary. Watch for additional tour dates to be announced alongside the new LP’s details and onward throughout 2022.

“This is a simply ferocious statement of intent, with all the snottiness and sense of psychotic momentum that can make industrial metal so instantly invigorating… Inspired by the mecha-metal greats but brimming with warped ideas of its own, Hallucination Scene confirms that being crushed by the wheels of industry is still a unique thrill.” – Blabbermouth

“…Hallucination Scene is a feverish dream. It is a time machine, transferring back to the days that post-punk was at its peak and cyberpunk was taking off. It is when the industrial poundage and the rock sharpness find a delicate balance, neither overwhelming its counterpart.” – PopMatters

“BLACK MAGNET wastes no time proving that he can’t be fucked with when it comes to creating some of sickest industrial music in the known universe. On the real, this record will take you back to the 90s while pushing your skull into the future!” – Cvlt Nation

“Evoking many of the genre’s greatest, it’s thankfully not without a character of its own; Hammontree’s vocal tone, phrasing and arrangements owe much to Trent Reznor and the underlying melodic flavour recalls much of his work as well, whereas the variety of rhythms, effects, electronics and synths that throb all around the compositions are as much Front Line Assembly as they are NIN.” – Toilet Ov Hell