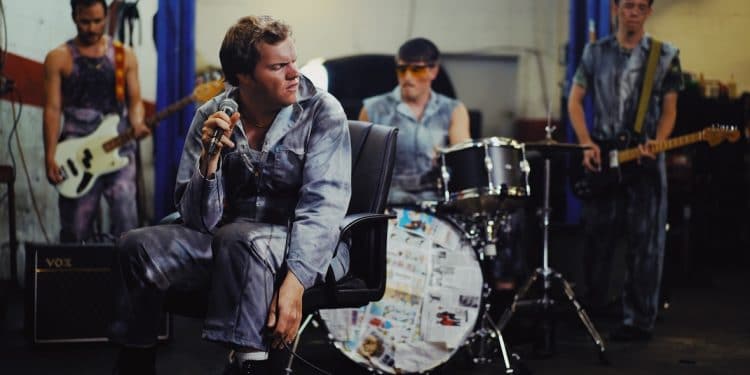 Betcha single “Grey Skies” is the new release from the Nashville-based alternative rock band. The tune is available on all major platforms along with the official music video. The single has already been picked up by The New Alt, New Noise and All New Rock Spotify Editorial Playlists!

The band is made up of four college best friends. What started as casual late night jams, has turned into tours all over the country with acts like The Band CAMINO, Kaleo, Matt Maeson, Judah & the Lion and more.

Heard on SiriusXM’s AltNation, their recent string of impressive singles, released over the course of 2020’s quarantine, “If That’s Alright,” “July,” “Closer to the Sun,” and “Deja Vu,” have proved them to be a rapidly emerging band with a distinctive fusion of sweetly stoned rock, alternative electronica, and punchy pop anthems. With features on Alt Press, SPIN, American Songwriter, and more, the recent tracks have garnered widespread acclaim from critics including Billboard who dubbed the band “your new favorite alt-rockers”Ones To Watch added to the praise and stated, “If you have any concerns about the softening presence of rock in today’s music landscape, Betcha is here to remind you that rock is healthy, thriving, and here to stay.”

Catch them on their Midwest 2021 summer tour fresh off their latest release “Grey Skies” out now.

“After spending most of 2020 writing hunkered down in our basement studio, we knew we needed a change of scene. Grey Skies was born out of a cross country road trip out west collaborating with writer/producer Nick Furlong (Papa Roach, Avicii, 5SOS, All Time Low). We built the track over sampled synthesizers with intrusive rock guitars and anthemic vocals to create what we think is very uniquely “Betcha.” The song and music video drops the day before our first headlining tour in over a year and a half. It is our first independent release after parting ways from Atlantic records back in February” says the band.

More Videos from Betcha can be seen here.