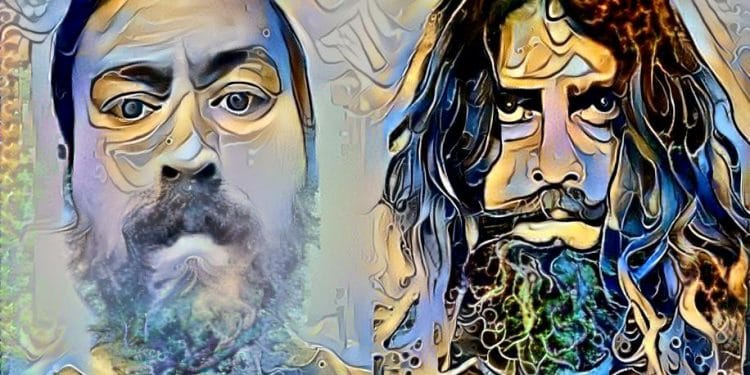 While Ryan Parrish and Graham Scala have long been collaborators on a variety of projects ranging from the blistering hardcore of Bleach Everything to the atmospheric indie rock of Highness to the subdued soundscapes of Harmonic Cross, each has a long-standing interest in the outer fringes of sound.

Arepo was conceived initially as an outlet for the sort of ambient music that the two share a deep and abiding love of but the result was something stranger, darker, and less easily categorized. Within their debut album, billowing washes of synth undergird shredded instrument loops in a disorienting whole that draws on dark ambient electronics, electro-acoustic conceptual processes, and granular synthesis explorations, with additional violin contributions from multi-instrumentalist Bonnie Cosby helping to accentuate the album’s pensive, cinematic atmosphere.

While Arepo may be one of the most off-putting and least accessible records either contributor has been a part of, it acts as an example of the results that can ensue when two deeply creative people remove any constraints or expectations on what they create and take a deep dive into the recesses of sound and its potential.

All sounds on Arepo were created by Ryan Parrish and Graham Scala in their respective homes in Richmond, Virginia and Asheville, North Carolina except for violin on “The Enemy Is Listening” and “A Forest Of Knives” which was performed by Bonnie Cosby and recorded by Ricky Olsen at The Ward in Richmond, with Scala handling all mixing, mastering, and artwork. Fans of Coil, Haxan Cloak, Raime, and Brian Eno, tune in and check out.

Watch for additional audio previews and more to post in the weeks ahead.

1. The Enemy Is Listening
2. Smoke From Unseen Fires
3. Nonmaterial
4. A Forest Of Knives
5. Ignis Fatuus
6. Ineluctable Modality Of The Visible