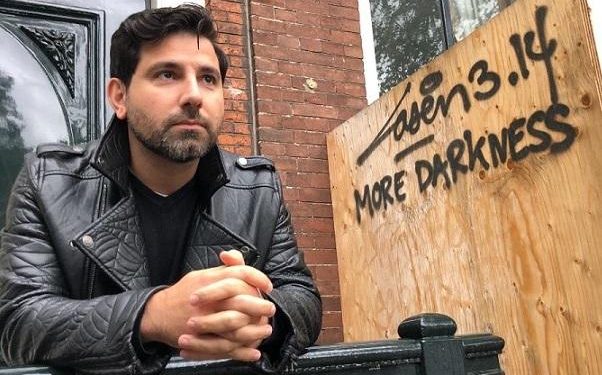 Guitarist Anthony Assaker is using his talents to shed light on social injustice, including issues such as discrimination and racism, on a new solo single, “Who’s to Blame,” that sees the musician exploring his singer/writer side.

“This is not just a music track but rather a shout out to everyone listening to stop for a second and think about important topics like discrimination, racism prejudice and social injustice that we have created over centuries and are blinding us in our day-to-day lives,” says Assaker , who has made a name for himself with breakthrough Lebanese metal acts Kaoteon and Death Tribe . “This is not limited to this war torn, politically corrupt and religiously segregated country. Many nations have it worse, many races are discriminated, many cultures are framed. I felt the need to record a track that I can pass on to others in the hope that I could inspire them to accept the others without judgement. Scientifically, we are all equal, we are one race, the human race, our blood is one color, our planet is the same. Our differences make us beautiful and stronger. Open up, ask questions and make apologetic mistakes without judgement. Every single journey is beautiful, and we have to make sure that we provide equal opportunities to everyone.”

The politically charged video went viral in the Middle Eastern community during the US election, racking up more than 70,000 views while still officially unreleased. The clip, filmed in Amsterdam where Assaker currently resides, is officially available now at https://youtu.be/fEgwBjpxli8 .

“I composed this track and worked on the music video during the US presidential elections,” Assaker says. “It was really surprising to see the track gaining a lot of attention while being unlisted, as I shared it with friends, cousins and expats in the US who shared it with their connections. In a way, I feel that this track has played a role in the US awakening in one way or another, even if it touched one soul or inspired one person. This is why I do music in the first place. To have a voice for the voiceless.”

Assaker plans to continue on this solo singer/songwriter path, in addition to working on new albums from his more aggressive musical outlets, Death Tribe and Kaoteon.

“I have been playing guitar since I was of young age, with the earliest memory from 1992, only two years after we were allowed to leave the bomb shelters of Beirut and go home, ” he says. “Forward 30 years from the end of the civil war, Lebanon is still in ruins. I came to the conclusion that it is not easy to be Lebanese. Sometimes it feels like cancer, sometimes it is a blessing, but most definitely it is a very hard job!”