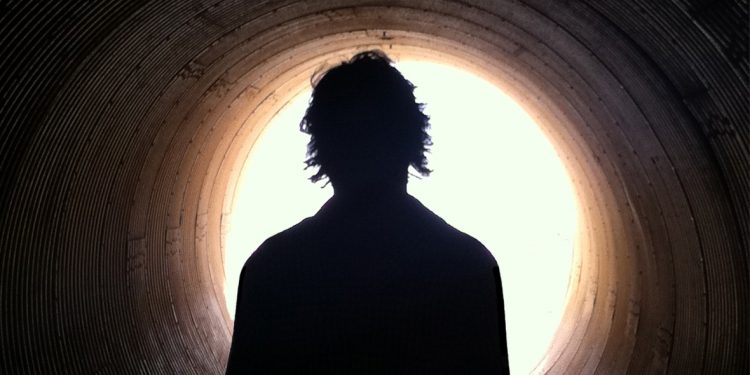 Former Reigndance vocalist Andre Comeau, also known for his appearance as the “rocker guy” on the original first season of MTV’s groundbreaking reality series The Real World, has released his new solo EP Wrong Within, on all digital outlets via THC MUSIC/EMP LABEL GROUP. Wrong Within is 5 songs of straightforward, southern-tinged Hard-Rock, written and spear-headed by guitarist/vocalist Comeau.

On Wrong Within, Comeau returns to his musical roots, fronting a heavy rock band with veteran session musician Darren Elpant on drums. Toeing the line between classic and cutting edge, Comeau proves that guitar-rock can still be vital, original, and relevant in 2020.

Listen to “Son of a Gun” Here

From Folk-Balladeer to Hard Rocker, to reluctant reality star, Andre Comeau has done it all. Born in 70’s-era Detroit to a family of touring musicians, Andre grew up steeped in all genres of music. Possessed with an instinctual sense of melody and dynamics, Andre has music in his blood. And blood in his music.

His band Reigndance — which also featured Dean Fertita (Queens of the Stone Age, The Dead Weather) ignited, but quickly outgrew the burgeoning Detroit music scene of the early 90’s. Shortly after relocating to New York, Andre was chosen to be a cast member of the inaugural season of MTV’s seminal reality show ‘The Real World’. The show was an instant success, and Andre,The Real World’s token “Rock Guy”, and Reigndance were afforded massive exposure. After three records and extensive touring, the band found themselves at a creative crossroads. They disbanded in 1997. 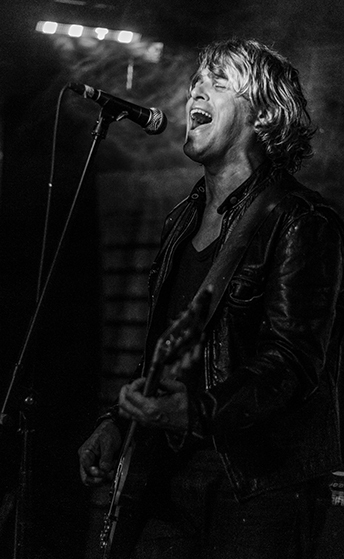 Says Comeau, “Reigndance was really a great band, and we took it up the mountain. And I’m extremely proud of everything we did. And we’ve all continued to be successful in our individual pursuits after. The Real World thing, for a long time, was something I disconnected with, and at the time, it was really its own thing. For a long time, I didn’t even talk about it.

But as the World has evolved into the reality based, unscripted, instantly-gratified place it is now, it’s easier to look back and see the importance of The Real World, and what we were all a part of. There were times it definitely felt like a counter-active force, but in hindsight, it truly was incredible to be a part of what would become the ground zero of the almost complete evolution and transformation of entertainment as we know it.”

Comeau relocated to Los Angeles in search of fresh stimuli and new musical landscapes. The 2000s found Andre returning to the folk music of his youth with River Rouge. They released a handful of well received albums and became a highlight of the Los Angeles club scene, but disbanded in 2016.

In 2019, Comeau connected with Hard Rock staple EMP LABEL GROUP, head up by Megadeth bassist David Ellefson, and his running partner Thom Hazaert, and triumphantly returns to his hard rock roots with the Wrong Within EP—a straight-no-chaser collection of ballsy Rock songs

Says Hazaert, “I have always been a fan of Andre’s music, which, of course, I discovered through The Real World. Reigndance was a great Rock band, and, from a distance, I have perpetually kept up with his musical endeavors over the years. While we had discussed briefly working together during the early 2000’s, which ultimately never came to fruition as he transitioned away from Rock for a season, i’m extremely excited that it has come together now the way it has. Andre has always been an extremely gifted songwriter, and a true entertainer.”